Yesterday was a full day with some of my fave Charlotte friends. First we had the brewery tour + pizza lunch, then we had dinner + dessert plans. 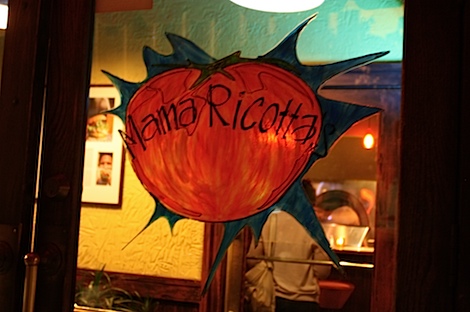 After getting picked up by Michelle (of PInque) , Ben, Kate, + Nate (thanks guys!), we met up with Kath, Matt, + Karen at a local Italian restaurant called Mama Ricotta . 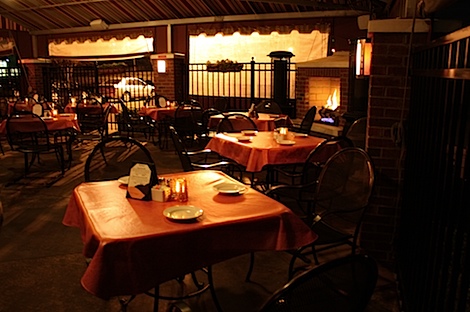 We all congregated in the patio area, which had a lovely, glowing fire roaring away in the background. 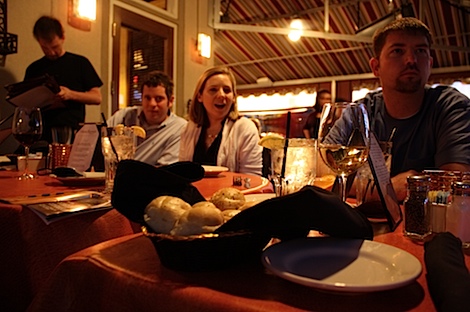 The temp was pretty cool outside, but the restaurant had some nifty heaters overhead that kept us all nice and toasty. 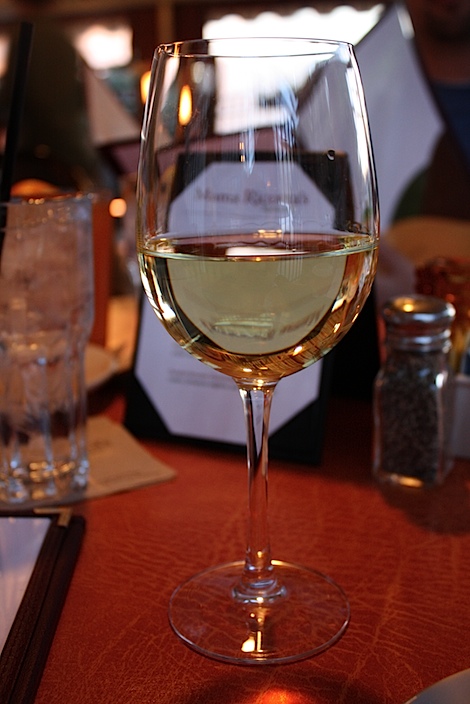 I enjoyed a nice glass of St Francis Chardonnay, upon recommendation by Kath. Kath called the wine “buttery,” and it was! I thought it was nice and “bright”, too. A great rec!

The menu had a ton of great options, but I eyed the Pollo Carciofi, which Michelle + Ben were eying, too. I ended up joining their family for the evening and shared family-style servings with them. 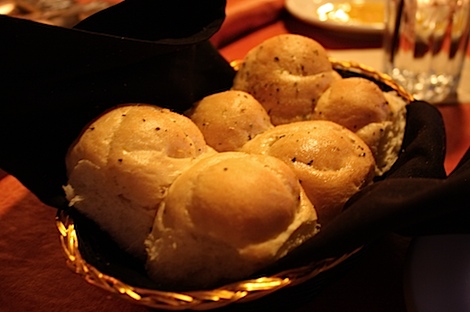 I had one of these rolls, dipped in a red pepper flake olive oil. 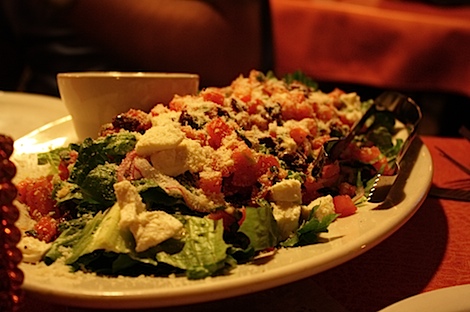 We started dinner with a Tuscan salad – family style. You can’t tell from this photo, but the salad was huge! The salad was made with fresh lettuce, tomato, mozzarella cheese, basil, red onion, and kalamata olives. We got the balsamic vinaigrette dressing on the side. Neither Michelle or I care much for olives, but they were so small you could hardly taste them. We did experiment trying bigger pieces of olives on their own, following Kath’s advice to think of capers when we ate them. I didn’t love them, but I didn’t hate them as much as I normally do. I’ll call that moving one step closer to liking them. 🙂 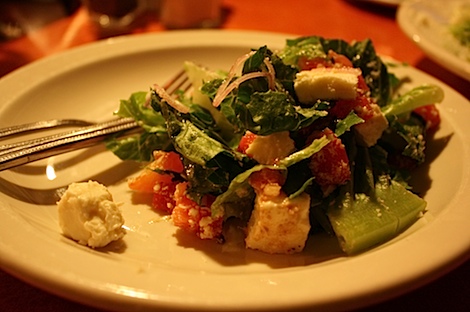 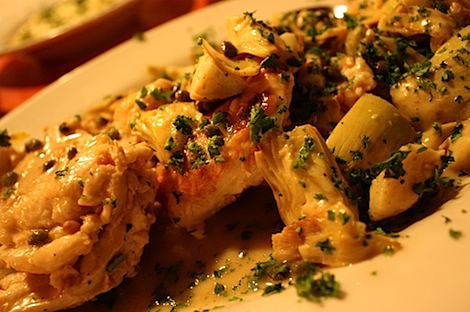 Next, our entree came out – a giant platter of Chicken Carciofi, which held 5 chicken breasts! What a gigantic family-style serving! The entree featured chicken breasts, capers, artichoke hearts and a lemon white wine sauce. Yum! 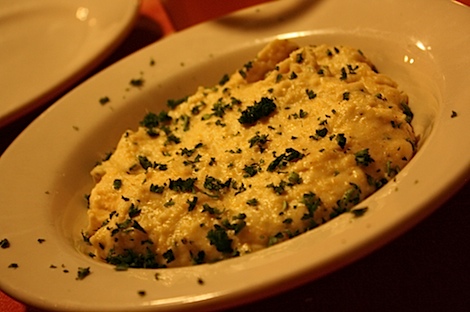 We also ordered a side of Mascarpone + Goat Cheese Polenta, which was to-die-for! It was so creamy and lightly cheesy. I only got a small serving since there was so much food, but I savored every bite! I will be sure to order this next time I visit Mama Ricotta. 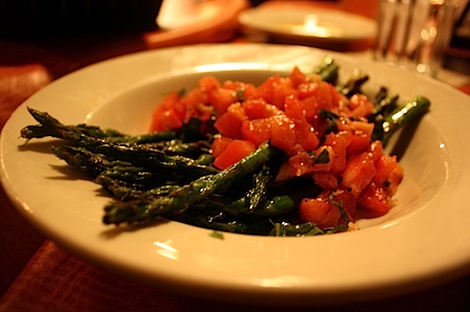 We also had a side of asparagus, which was served topped with more tomatoes. The asparagus were quite tasty, too. 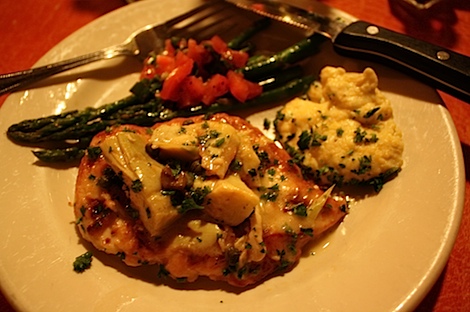 We all had a blast here at Mama Ricotta – between the excellent food, awesome service, and most importantly, wonderful company and conversation. 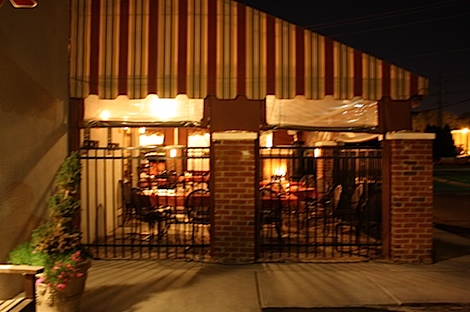 After dinner, we bid adieu to our enjoyable, patio-dining dinner at Mama Ricotta and hit the road to hit up our next stop – dessert. 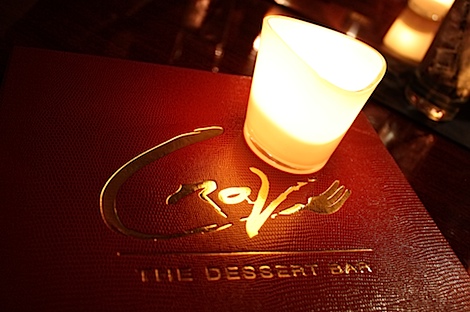 A new dessert bar opened in town, so the plan was to check it out after dinner. We left Mama Ricotta and headed over to Crave Dessert Bar . I really liked their fancy menus, which were chock full of lots of selections of desserts and dessert wines/drinks. 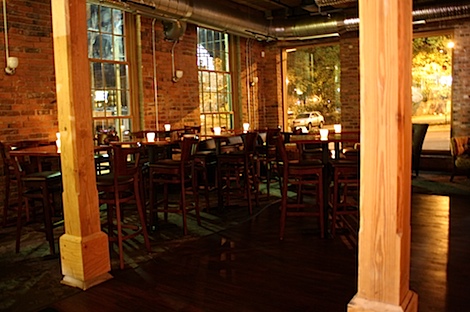 The interior of crave was chicly decorated. 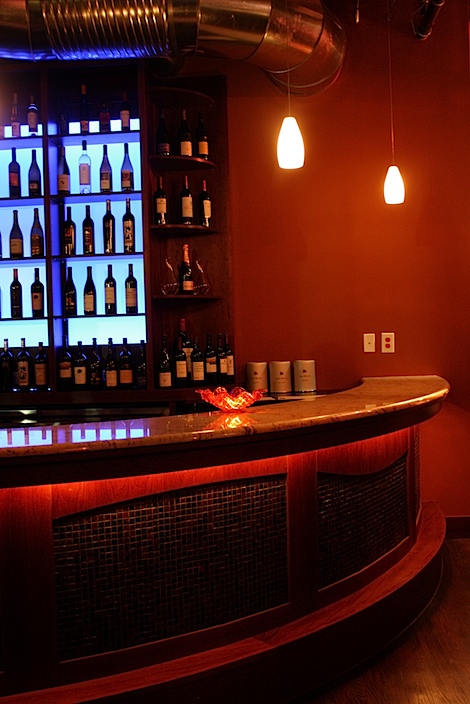 The bar area – love the lighting. 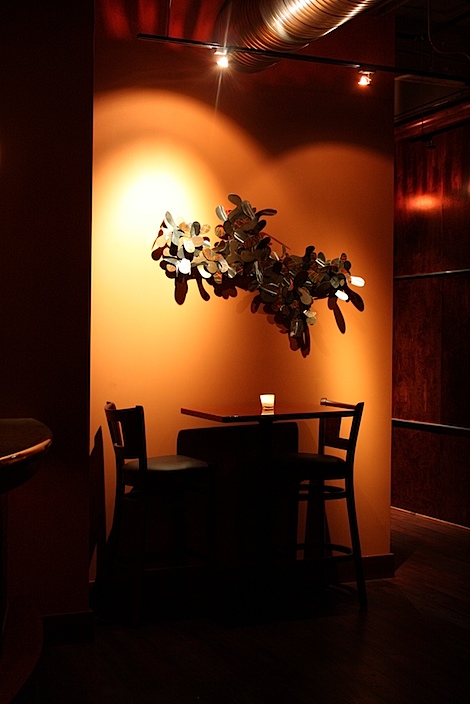 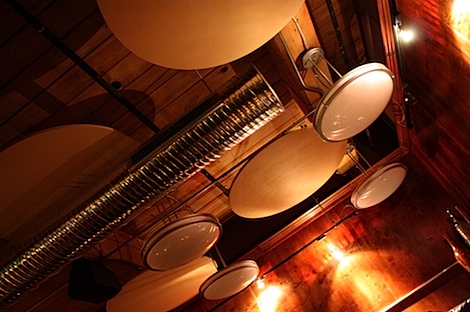 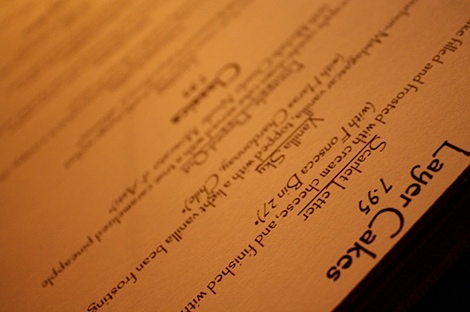 I’m a big fan of cakes of all kinds, so I went straight for the Layer Cake section. I ended up getting the same thing Kath + Matt ordered – the Vanilla Sky. From the menu, “Yellow cake made with pure Bourbon-Madagascar vanilla, topped with light vanilla bean frosting.” 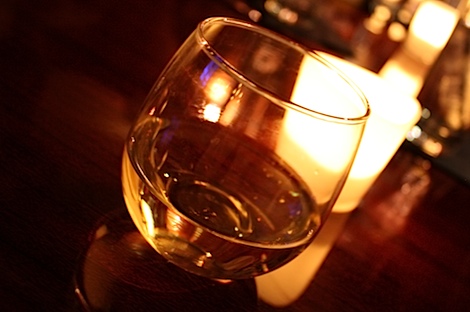 One thing I was a little disappointed to learn was that the restaurant did not offer was a wider selection of coffees. For me, when I think dessert, I also think of coffee. I tried ordering a soy latte, but they didn’t do lattes. Next, I tried ordering a cappuccino, but they didn’t do that either. I decided to just get the pairing suggestion listed on the menu with my dessert choice – Haras Chardonnay, Chile. I later read that Crave offered 3 interesting-looking French-press coffees, but I really like lattes with dessert – it’s my fave combo. I guess I forgot this place is a dessert bar and not a coffee-shop. Oopsie! 🙂 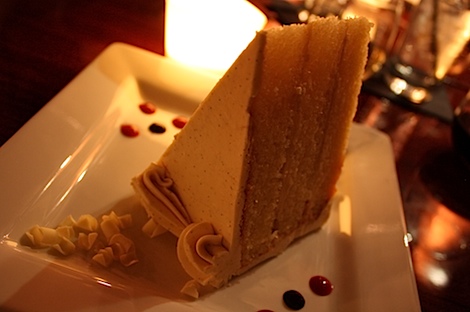 My cake was one of the first desserts to arrive. I liked the presentation, but ended up tipping it over so I could more easily eat it. Check out the vanilla bean in the frosting! The cake was really good and tasted like it had been soaked in something (not sure what though). The cake kind of reminded me of another local favorite cake of mine – Tres Leches (more on this cake another time). The flavors were very light and simple, so I’d recommend ordering Vanilla Sky if you have more of a vanilla-palate. I’ll probably go for the chocolate or red velvet cake next time to switch things up. 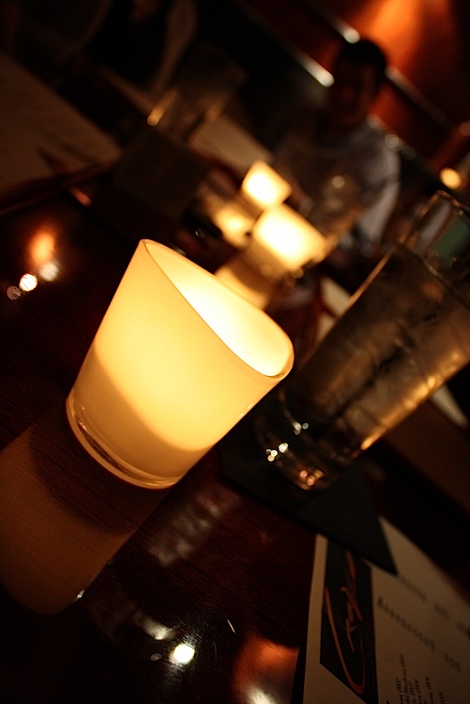 The ambiance inside Crave was really cool and mod-chic, but the night ended up going a little less than smooth. Crave was out of almost all of the chocolate desserts and a couple people from our group ended up never getting desserts due to the ones they ordered being out. The desserts came out at random times over the couple hours we spent there. I felt terrible for the restaurant and the waitress because I’ve actually been a waitress at a restaurant when it first opened. Opening a new restaurant is a difficult thing to plan for and no matter how hard you try, things always seem to go awry.

The restaurant I opened was Italian, and I remember running out of foods like angel hair pasta, which made my tables less than happy with their dinners. There were nights when we seemed to run out of half the menu. Granted we never ran out of half of the menu, but we did run out of more entrees than I really wanted to tell my tables about.

Having been on the other side of a restaurant opening, I’d be happy to give Crave another try. The dessert bar had a lot of great ideas – mod interior, hip music, wide dessert selection, good wine list – I think they just need time to get things smoothed out. The restaurant where I waitressed took about 6 months! Let’s hope Crave can get it together sooner than my restaurant…I think they can do it! 🙂