I woke up to a lovely vision this morning… 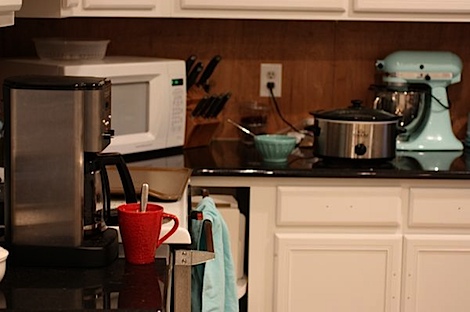 Hot coffee in the coffee pot and hot oatmeal in the slow cooker. 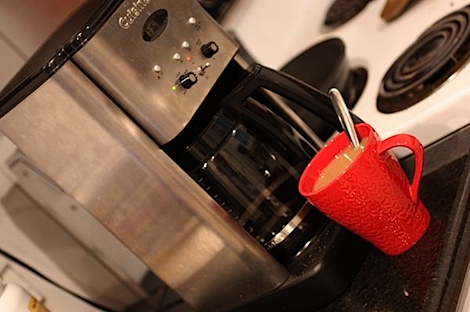 Hubby’s been doing a great job setting this up every night. Nothing like having coffee waiting for you!

Today we tried the new fall flavor I picked up recently – Pumpkin Spice from The Fresh Market!! Yuuuummmm! 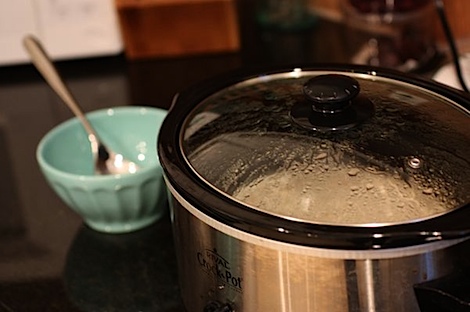 Oatmeal waiting for me was killer! 🙂

I used Alton Brown’s recipe as a guideline, but got paranoid about burnt oatmeal after reading all the reviews, so I switched up the cooking method. 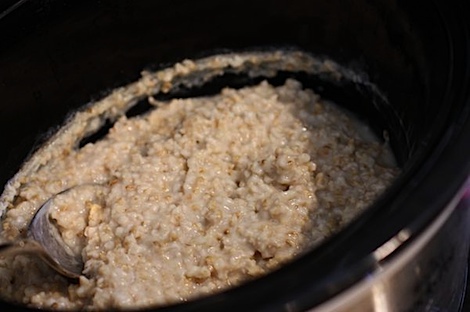 Here’s what I did for my Slow Cooker Oatmeal: 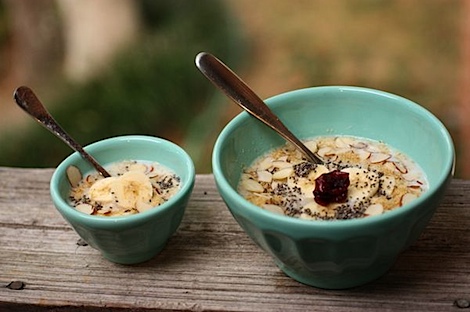 I made another mini me bowl of oats for hubby today. 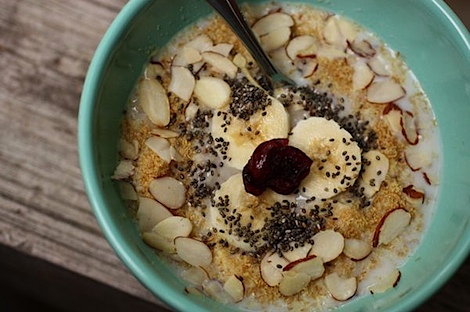 I mixed in a sliced banana, plus flaxseed meal, chia seed, sliced almonds, with a couple cranberries on top.

The mixins were strange today because I mixed them in post-cooking. When I re-heat the rest of the oats, I plan to do so stovetop, which will make it much easier to incorporate mixins. At least that’s what I’m expecting. 🙂 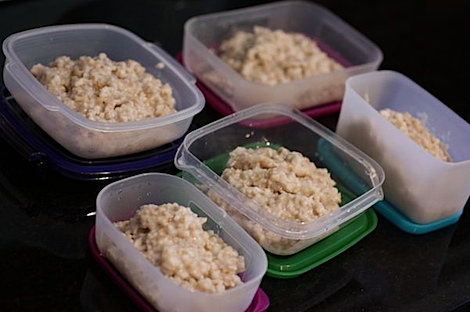 My kitchen felt like an oatmeal factory today! Look at all the servings I have for later! These are each about 2/3 – 3/4 cup servings.

If you guessed my errand today was going to the DMV, you were right!

I tried going to the DMV. I mean…I actually went, but when I got in line behind about 40 people, I knew it would be bad. When someone said it would be 3 hours from where we were in line, I decided to leave. Guess I’ll try again next week. 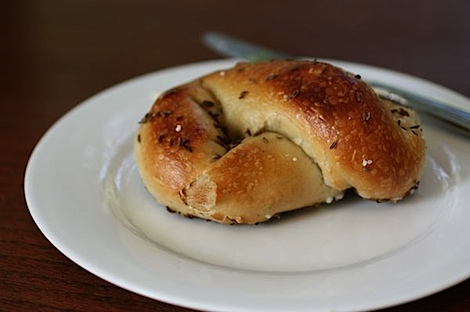 I had a second breakfast later – another delicious rye bagel. Hubby and I may or may not be slightly obsessed with these. 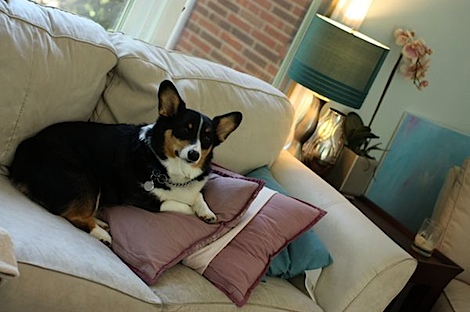 Bailey is so funny. Look at how he gets all comfy on our pillows! 😆 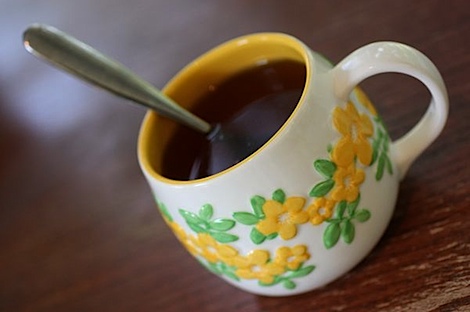 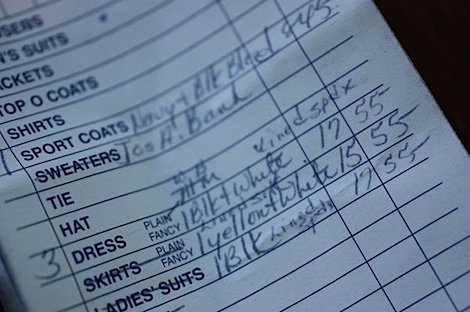 Hubby picked up some dry cleaning for us today. They charged us $15-17 per dress!!!! I don’t do dry cleaning much, but that seems astronomical! Is this normal?? 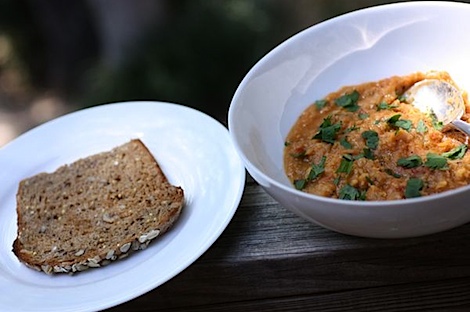 Lunch #1 was ED&BV lentil soup plus some fresh-baked Whole Grain Goodness with a dab of real butter. 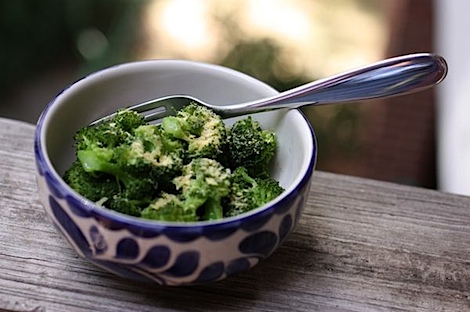 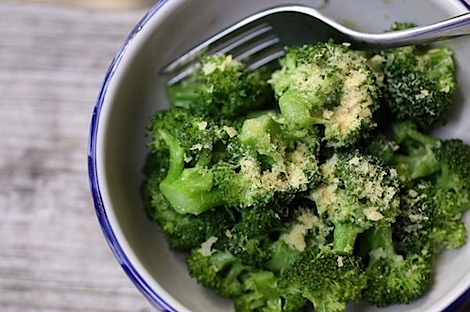 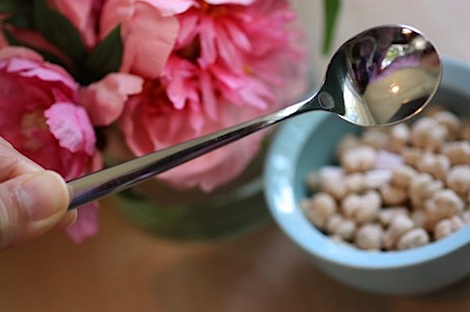 I also had more of that healthy “Lucky Charms” cereal… eaten with a new spoon! Picked this up at a recent garage sale. 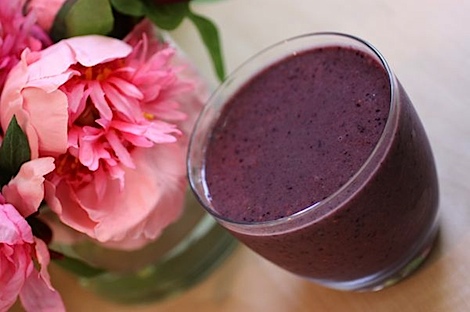 Post work, I taught Zumba tonight! We had a fabulous class with lots of hard songs. I’m trying to make my playlists pretty challenging so people get a really good workout. 🙂 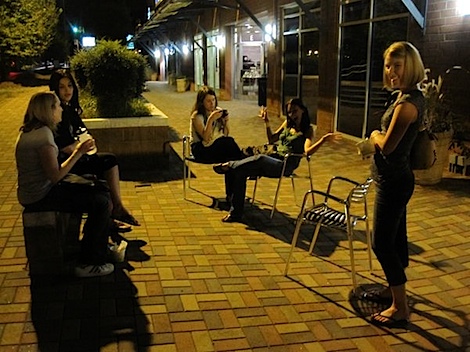 Post-zumba I met up with some friends at Yoforia. I just went for the company, though…I didn’t actually eat any froyo! I really wanted dinner first. Can you believe I went to a froyo shop and didn’t get anything?! lol 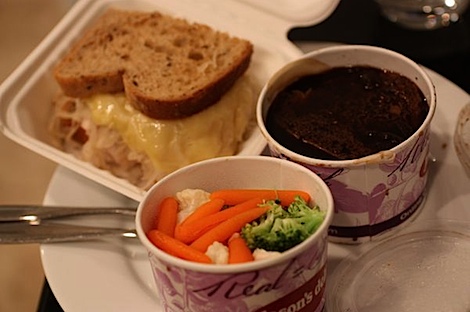 I had no clue what to eat for dinner, though I did know we didn’t really have much at home. So, I hit up Jason’s. I kind of wanted a turkey wrap, but I ended up getting a turkey melt. 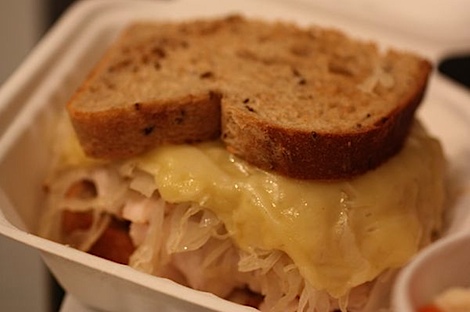 Mostly I picked the melt because I heard sauerkraut is good for you. It seemed like a logical decision…but it tasted…off tonight? Guess I should have listened to my gut. Oh well! 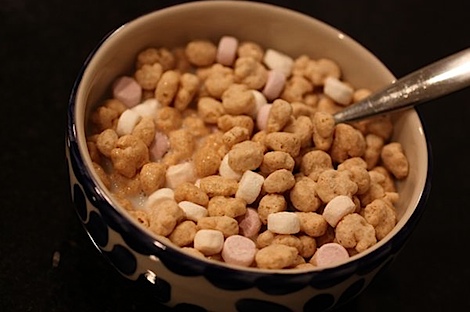 Ready to try oats in your slow cooker? What’s your favorite thing to cook in a recipe? Please comment with recipes if you have them. 🙂