Click here to join my FREE 2022 Health Challenge and uplevel your health the fun way!
Doggie

We gave Bailey his second dog wash ever this weekend.  As most dogs and dog owners would expect, he wasn’t a big fan of the whole experience. 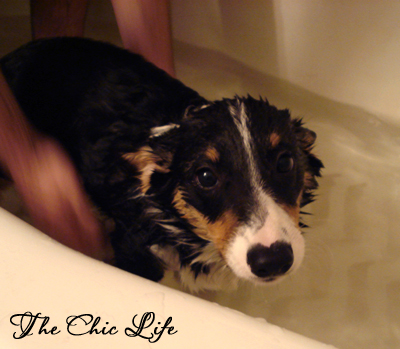 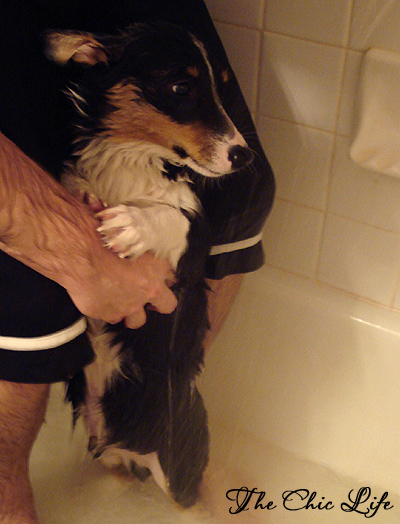 Which was probably because Dan was in the shower, too, keeping him in check 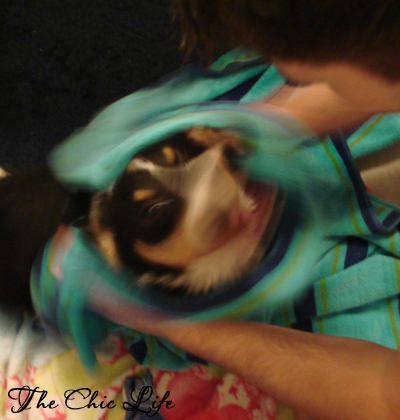 He spazzed out a little when we were trying to towel dry him off, but I snuggled with him on the couch and kept him warm under a blanket, so he forgave me.  All was forgiven and we have a much better smelling puppy now, so I like to think of it as a win-win.

We got the dog wash over with Friday after work giving us plenty of time to enjoy a glutinous weekend.  My SO’s b-day was Friday, so we went out to the OG (Olive Garden) Friday night, then to Macaroni Grill Saturday night with friends, and then I cooked tonight (will post on that later).  We totally pigged out, but hey, we were celebrating, right?

We also squeezed in a movie Saturday night and saw I am Legend.  Has anyone else seen that?  It’s a real pick-me-upper (not!), let me tell you.  On a quick tangent, every time I hear "Not!", I think of this. Such a funny movie, unlike the one I was originally posting about. Ok, back to the first movie.  While the movie is great and Will Smith is a good actor, I’m not usually very interested in seeing something so depressing.  I think you have to be in the right mood to see that type of movie.  Oh, and the scene where he goes into the dark?  FRRRREAKY!  I’m afraid of the dark and monsters and I used to have a german shepherd, so I was gripped with fear living that scene vicariously through Will Smith.  It was fun *pause* *pause* *pause* NOT!