First off, thank you everyone so much for your encouraging comments on my photography post from yesterday. You guys rock!

As for food, well, today’s eats were pretty craptastic. Not bad, just not ideal IMO. 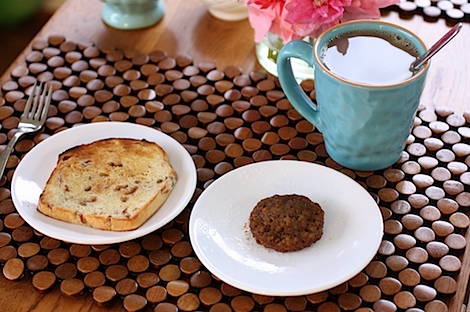 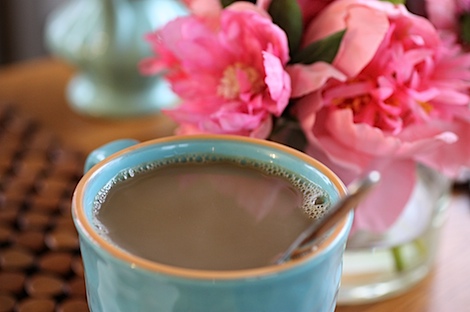 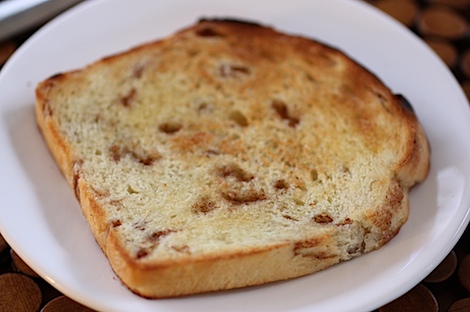 The day started off promising with a slice of Great Harvest Cinnamon Chip bread toasted with some real butter, a Morningstar “sausage”, and some Earthfare House Blend coffee.

I try to stick with whole grains in the morning since they’re more nutritious and keep me fuller longer, but I couldn’t resist a fresh loaf of Cinnamon Chip bread. I made the “sausage” to get some extra protein to keep me full. Thank goodness I did! 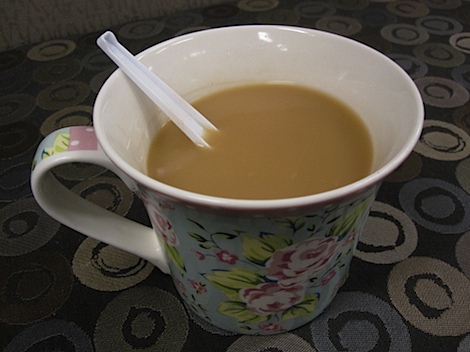 My co-worker tried to tempt me into going to Starbucks for a second day in a row, but I resisted and made some hot black tea with cream and sugar instead. Ahh…nice and free…and pretty darn tasty, too!

Then, I got stuck on phone conferences from 11am-3pm! Worst off, I had a break for lunch but had to schedule a meeting at 2pm during my 11am conference call, which meant no food till 3pm! Gah! By the end of my 2pm conference call I was starting to feel dizzy. I had some snacks in my desk but all I wanted was some real food! Even though I had some food in the fridge, I couldn’t reach it because my head set wouldn’t reach and I was talking and running live meetings most of the time and wouldn’t have been able to chew anyways. Oh well… 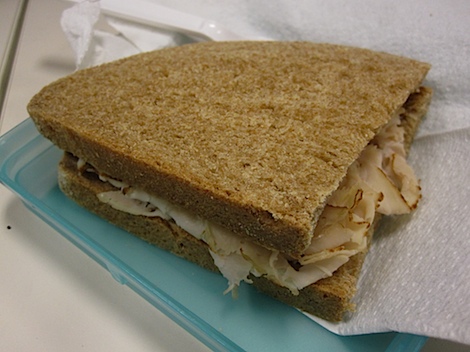 It didn’t help that I was not well prepared for the day. I had prepped a sandwich (turkey and muenster) earlier in morning and brought that to work, but I really wanted some sort of veggie side.

Why is it so hard to freakin find a vegetable side dish at restaurants?! I can get sweets, chopped fruit, big salads, but no way to just get some broccoli. Wha? Am I the only one who likes vegetables? And ok, so Jason’s deli servers a side of steamed veggies that are usually pretty nice and not over cooked, but I had a 3:30pm conference call and not enough time to get to JD. 🙁 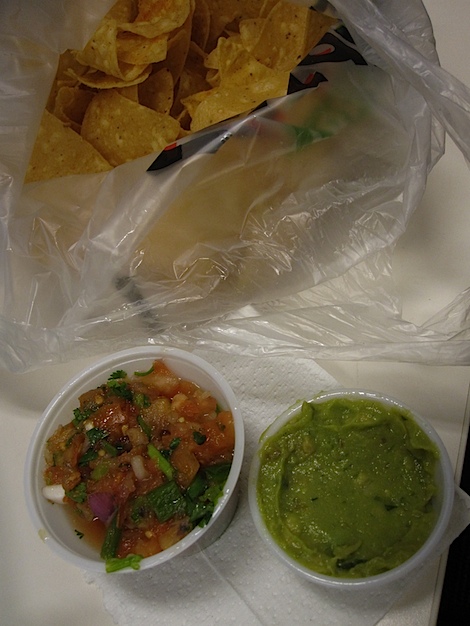 Without many options and a brain that was thinking slowly due to lack of food, I finally decided on salsa. Chips and salsa that is. With an extra 2 oz side of guacamole. Salsa is a veggie side, right? Sorta? Nice raw veggies and good fats. Ok, so the chips skewed the health factor, but I wasn’t counting calories, I was just trying to get some veggies in my system. Boy were they good, too! 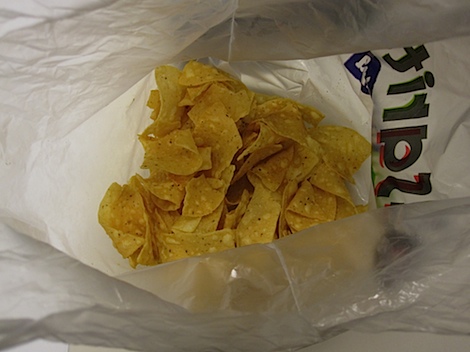 I tried to stay light on the chips and load up on the salsa and guac. I ended up leaving quite a few chips in the bag, which I gave to another co-worker who was also trapped by phone conferences.

I ended up staying at work till 7pm! Ugh! I don’t mind staying late and working extra hard to get the job done, but I sure do feel exhausted after staying at work so late. 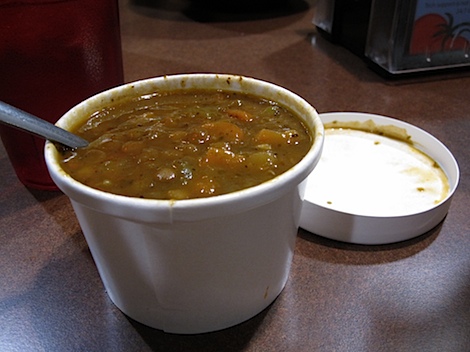 Hubby and I hit up Earthfare to get some groceries for lunch this week, and I decided to just have some vegan lentil soup for dinner. After eating lunch at basically 4pm, I wasn’t really hungry for dinner. 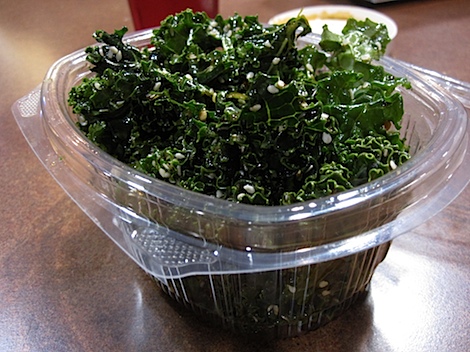 I picked up some marinated kale to take with me to work this week and couldn’t resist noshing on a couple leaves with dinner. 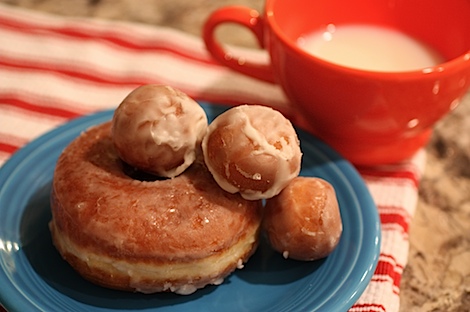 The night ended on a sweet note. Hubby felt bad about my stressful day at work and picked up more of our fave doughnuts from a local bakery. I enjoyed a glazed doughnut and 3 doughnut holes with some skim milk for dessert. Totally unhealthy but worth every calorie (however many there are – I don’t even know! lol)