Brendan Brazier would have been so proud of my eats today. Ok, maybe not, but I’ve been thinking a lot about his talk and his book and would like to work on incorporating more BB-esque eats into my diet. Not that I want to go vegan or anything, but there’s nothing wrong with eating more of the good-for-you foods IMO. 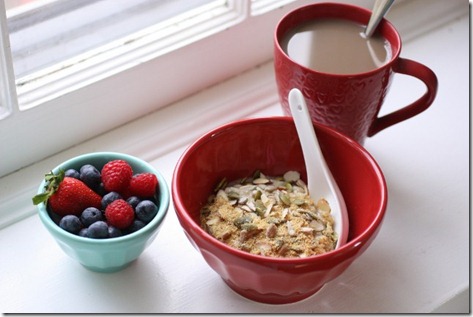 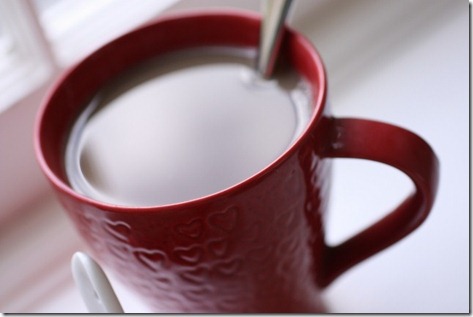 Friday started off quite nicely with a hot bowl of oats, some fresh berries, and steaming coffee. 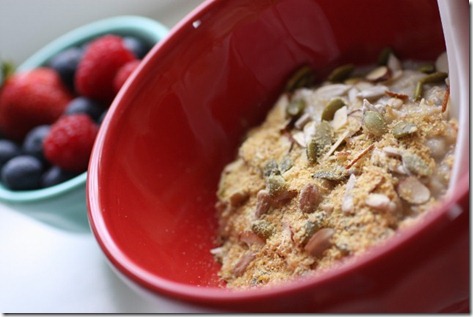 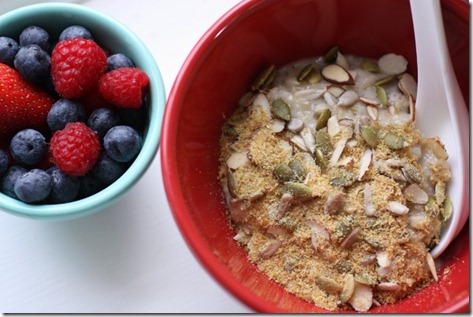 Besides the milk in my coffee, breakfast was almost vegan. 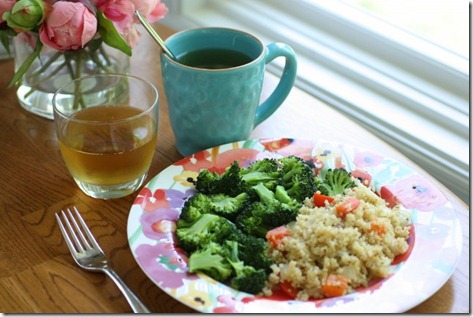 For lunch, still inspired by BB, I decided to cook up some pseudo grains (quinoa) plus veggies: red pepper, onion, and steamed broccoli on the side. Apple cider and yerba mate to drink. 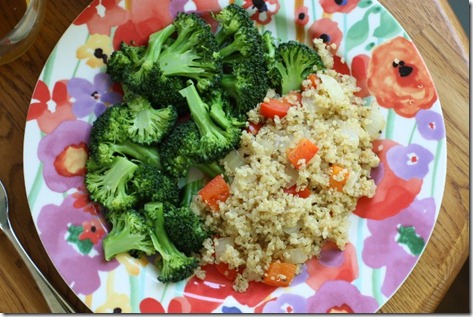 Tangy apple quinoa (semi-recipe): I actually cooked the quinoa in water. Then, I put a tbsp of of canola oil in a pan and sauteed the onions and red pepper (chopped) till the onions were translucent –about 4-5 minutes. Then, I added the cooked quinoa, then a dash of apple cider vinegar, then a dash of apple cider. I cooked the mixture till most of the vinegar smell had been cooked out.

This probably would have been really good topped with some nuts of seeds for some texture variety. 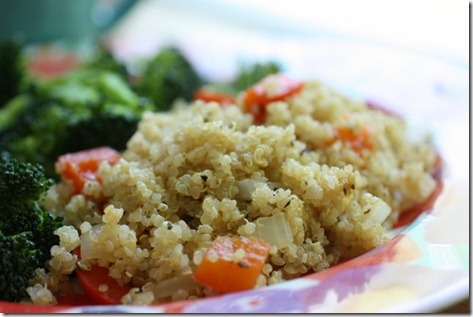 One of my favorite things about eating vegan food is how light you feel afterwards. 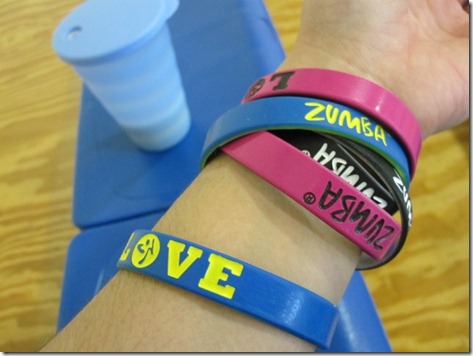 Post work I had a fabulous hour of ZUMBA! 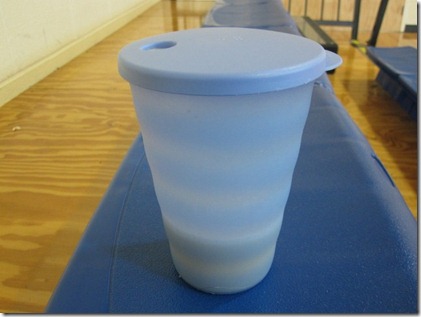 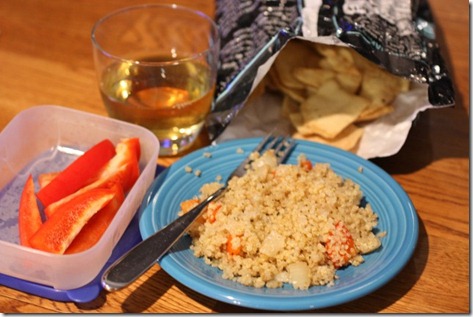 I stayed after class to practice some choreography. By the time I got back, I didn’t have time to think about dinner. Hubby and I had a trip to Durham to make and we were already past our ETD. I snacked on some pita chips, ate some leftovers from lunch and took some of the leftover red peppers I cut up earlier in the day to eat in the car. Plus some apple cider to drink.

I flew through the house getting ready, but we still didn’t make it to town until around midnight. Phew! Seems like the longest week in awhile…I’m completely zapped of energy and hoping to use the weekend to rest and re-charge!

What’s your favorite way to re-charge after a long and stressful week?