Despite my late night last night, I woke up fairly early and was pretty productive from the get go.

I spent the morning tending to my garden and pulling weeds around the yard.

Here are some garden update photos: 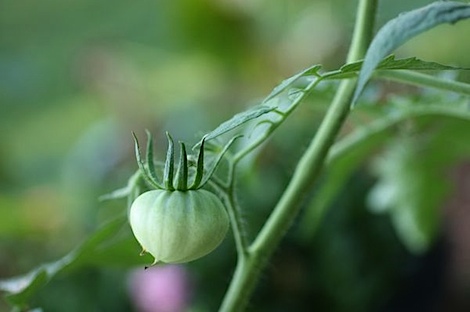 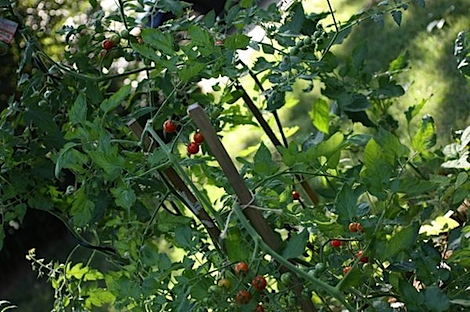 My cherry tomato plants are still going crazy – look at all those pops of red! 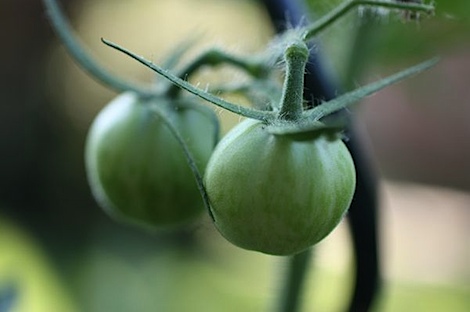 I have more green zebra tomatoes coming in. Can’t wait to eat these suckers! 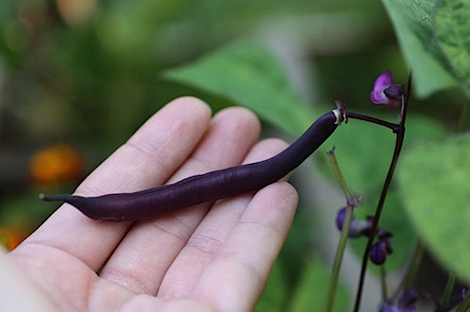 And my green bean plants are going pretty steady.

I planted 18 more green bean seeds in my garden. I couldn’t think of any other small plants to put in for the summer and the beets I planted all disappeared (were eaten?). 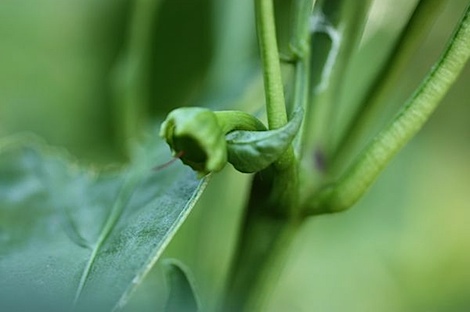 Are these what baby green peppers look like? They were flowers and now they look like this. I keep thinking they’ll be green peppers soon, but this keeps happening… 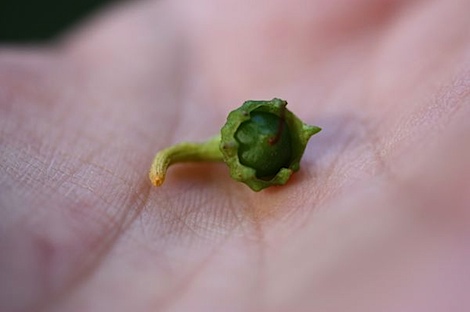 They fall off! As if! Anyone seen this problem before?

Hubby informed me around 11am that he invited friends over for an impromptu World Cup party. Thusly the rest of my morning was spent grocery shopping and prepping for that.

I tried to research Spanish and Dutch appetizers, but given the short amount of time I couldn’t find much. A quick google search yielded a few results.

I did want to do:

But, like I said, I didn’t have a lot of time to get ready so I headed to Trader Joe’s in search of some semi-homemade ideas. 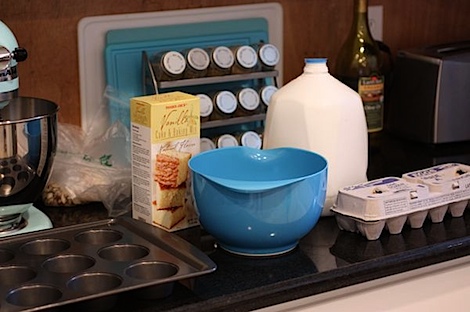 Thusly, the cupcakes were the first to be cooked up, so they’d have time to cool. I used a box mix from Trader Joe’s. 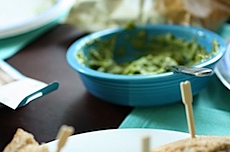 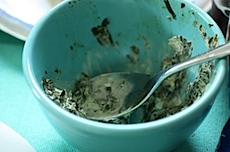 While I worked on eats in the kitchen the boys snacked on guacamole and tortilla chips (brought over by Tim) and TJ’s spinach and sour cream dip with TJ’s pita chips.

I wanted to put out gouda cheese and crackers (I purchased both gouda and smoked gouda at TJ’s) but we ended up not having many people make our last minute invite. 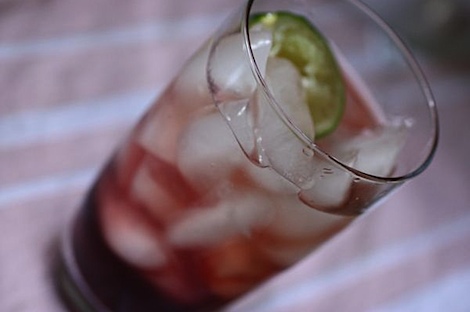 I sipped on a Pom Wonderful (*) mocktail with a squeeze of lime juice while I worked away in the kitchen. 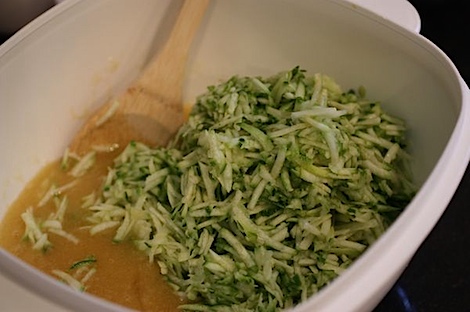 I also had a lil baking project going on in the midst of everything else – more on this later. I’d been planning this one for a week, so it was going to happen world cup party or not. 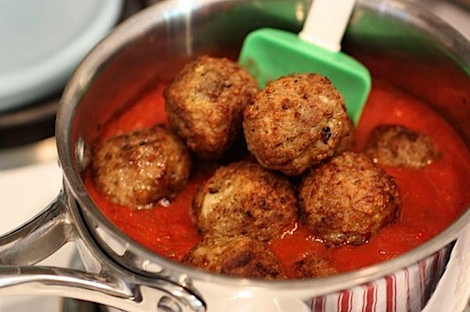 I also made TJ’s frozen meatballs in marinara sauce jazzed up with white wine and garlic powder. This was like a semi-homemade version of a Spanish tapas dish. 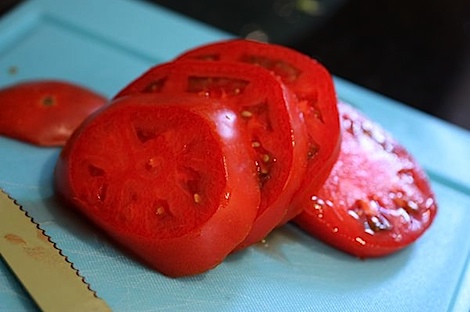 I used tomatoes from my parent’s garden to make… 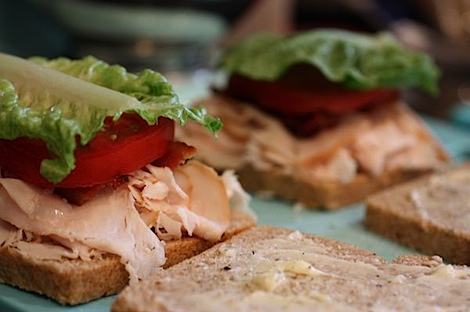 club sandwiches! (Doesn’t fit with Spanish or Dutch themes, but hubby and I were already planning to eat it for lunch and didn’t want it to go bad). 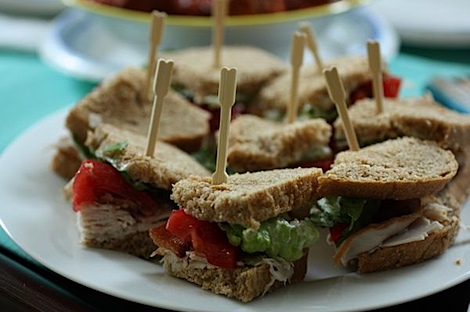 Cut them into fourths! I feel like people feel more satiated when they eat with their eyes and sometimes the act of eating 2 small portions seems more filling than 1 medium. The sandwiches actually looked really cute this way and were much more party-friendly than full sandwiches. 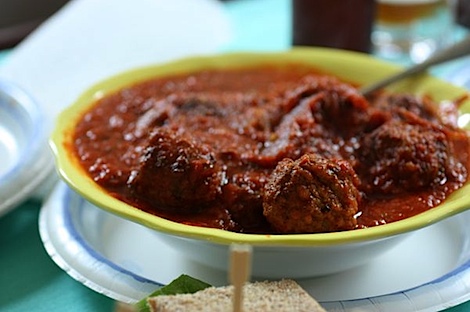 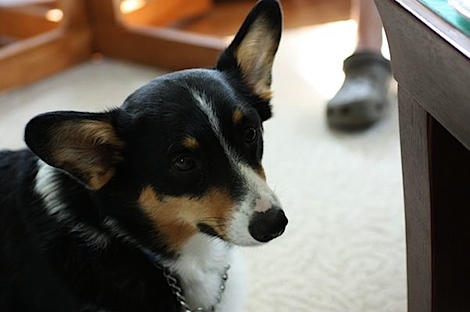 Bailey was jealous of all our yummy eats! 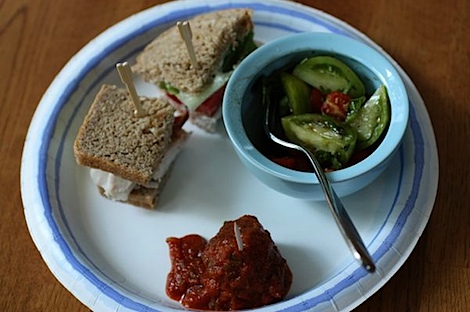 My plate – 2 club sandwich bites, one meatball, and… 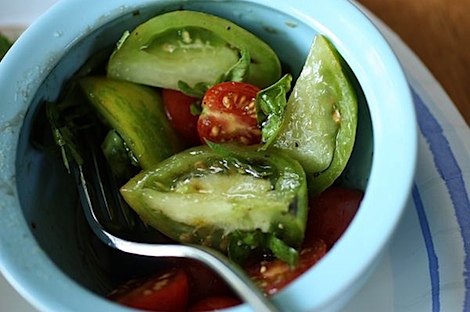 …a mini tomato salad made with tomatoes and basil from my garden, plus EVOO and balsamic vinaigrette. Doesn’t look like much but I also didn’t photograph the dips and chips I snacked on earlier. 🙂 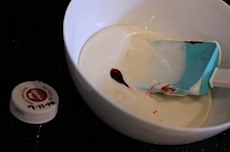 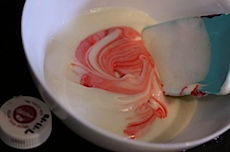 As for my frostings, I use a gel color (purchased at Michael’s) to color vanilla frosting. I used this recipe for the frosting (click). I thought the frosting was a little liquidy and much thinner than traditional cup cake frosting, but I really liked it – especially once you let it set awhile. 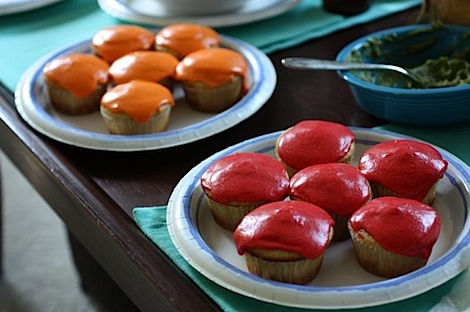 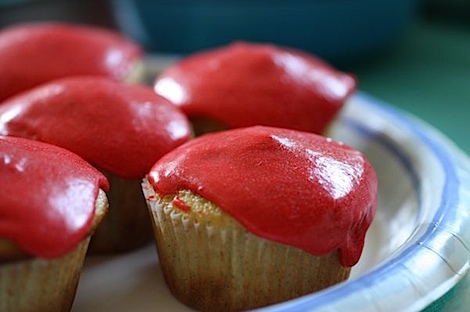 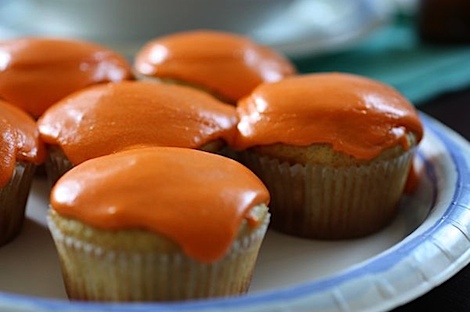 Cupcakes. Red for Spain and Orange for the Netherlands. I love a good sweet! 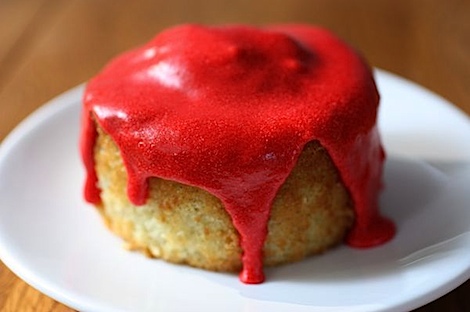 And I even had a little more cupcake batter than I anticipated. So I put it in a mini baking dish (the same one I use for my individual berry crisps) and turned it into a mini cake! 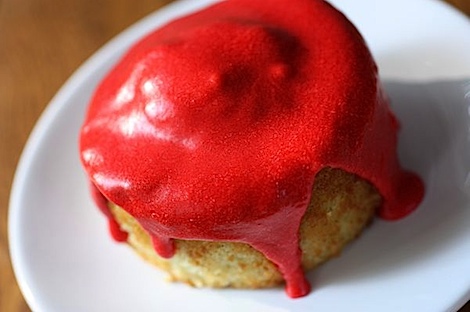 I decided whichever team won would get the icing color for my mini-cake. 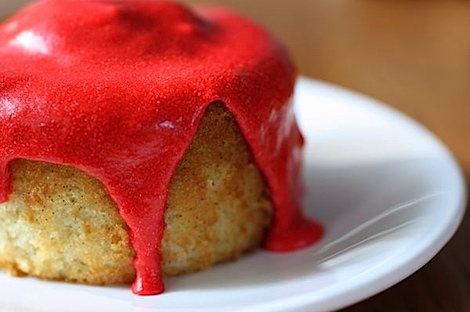 Do you have casual, sports-themed parties at your house? What do you like to serve?