I woke up a little apprehensive this morning…slightly worried because I’d promised to go running with friends. You guys know I’m so not a runner. But, I’m trying. 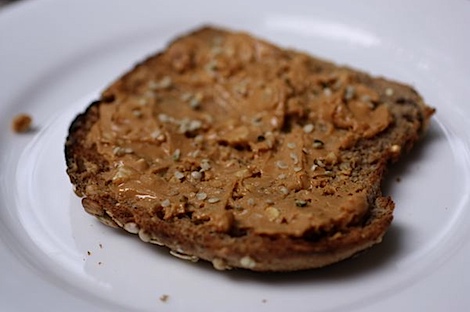 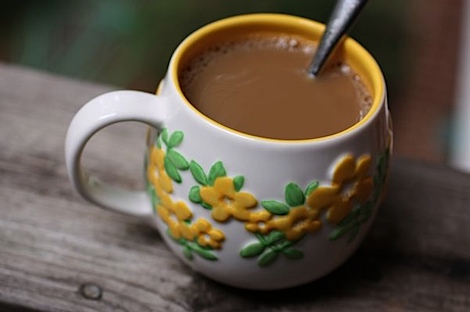 I had a quick breakfast of Barney Butter toast and nice, hot coffee. 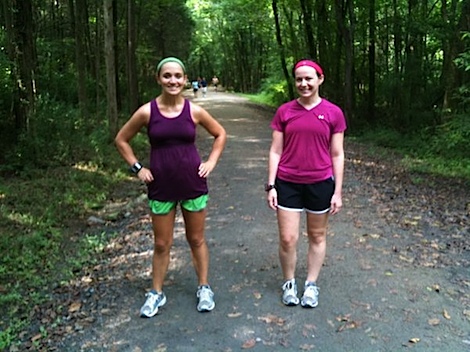 I met up with Brittney and we went off to find Emily and Michelle.

We went just over a mile at around a 10-ish minute mile pace. If I ever get serious into running, I’ll have to get a Garmin so I can start tracking my stats. They seem so fun to have!

I won’t lie…I wasn’t exactly thrilled while we were running. My mental battles kicked in but I tried my best to shut out the negative thoughts. I replaced them by thinking “This is all mental…you’re strong.” Funny how simply thinking you’re strong can help pull you through. When we finally stopped, my legs were feeling pretty good. I think I could have gone further, but I was happy to not push myself too far. The last thing I want to do is get injured now that I’m teaching zumba twice a week. 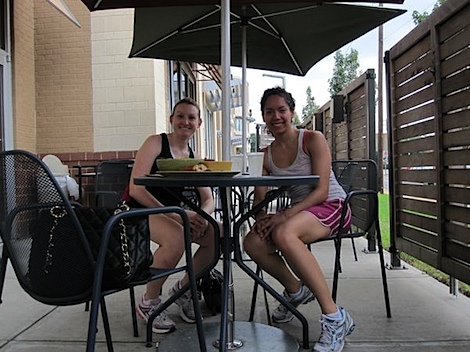 Post run, Brittney and I got some eats at Panera. 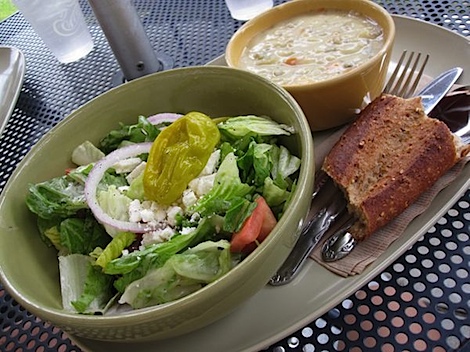 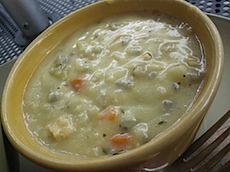 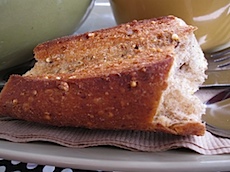 I got the You Pick 2 with Greek Salad, Chicken & Wild Rice soup, and whole wheat baguette. 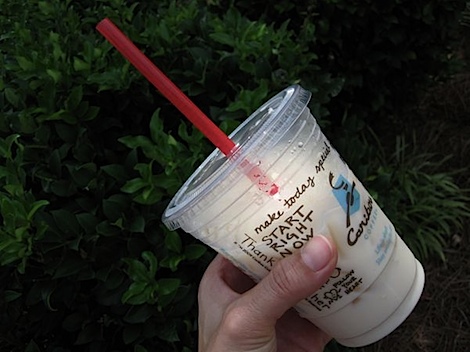 I followed up lunch with a cool iced Thai tea latte from Caribou. Love these things, though I do think they’re better hot than cold. The icy drink totally hit the spot, though! 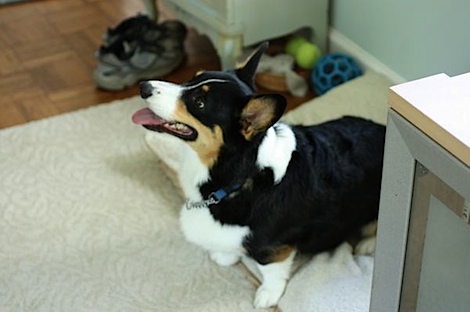 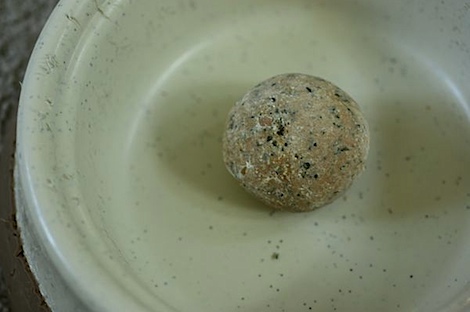 Hubby and I gave Bailey his second early-birthday treat today – a salmon ball. 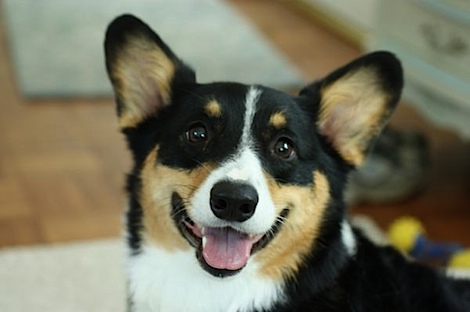 Can I have it mommy….pleeeeeeeeeeease? 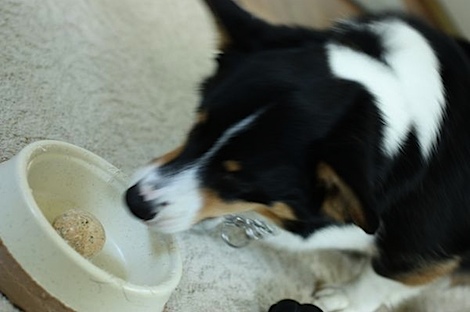 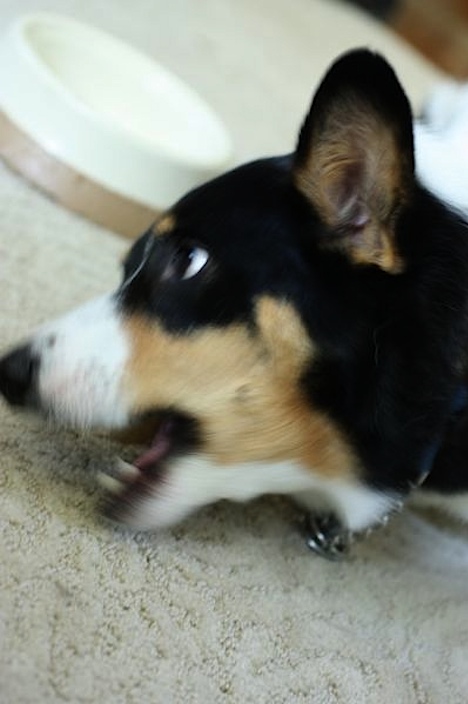 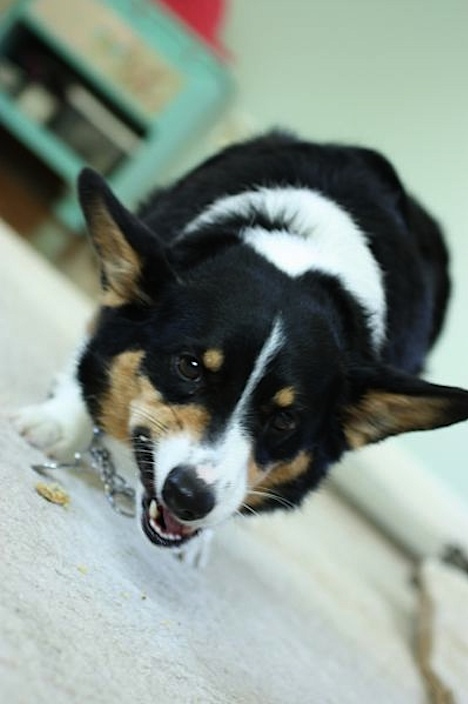 I think he means business! 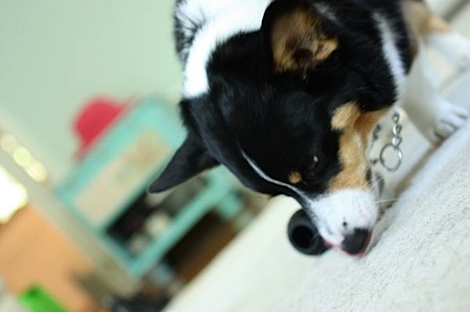 Hubby and I had SO MUCH to do today! Where does the time go? 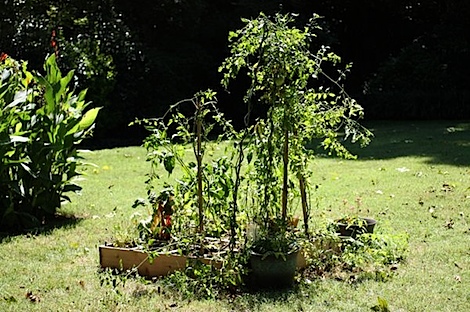 We did a ton of yard work. The main project was untangling the garden, which gotten a little overgrown. Man do those tomato plants grow or what?! We’re trying to grow the tomatoes in the single stalk method, so we had to trim the overgrown tops and spent side branches and route the bottom suckers up the original vine. Not sure how it’s going to work, but we’re trying. 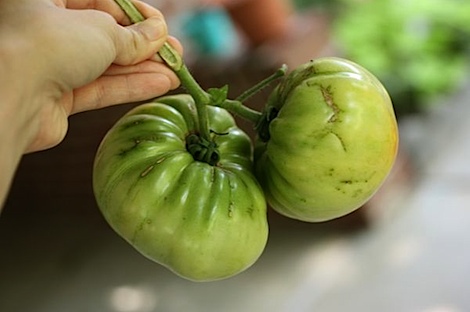 We accidentally knocked some almost ripe Mr Stripey heirloom tomatoes off one of the plants. These things seem way too heavy for the plants – they totally weighed them over! Anywho, we’re hoping we can salvage them by sitting them on the window sill to ripen further. Hope it works.

We also did some serious cleaning around the house…boy did it need it! 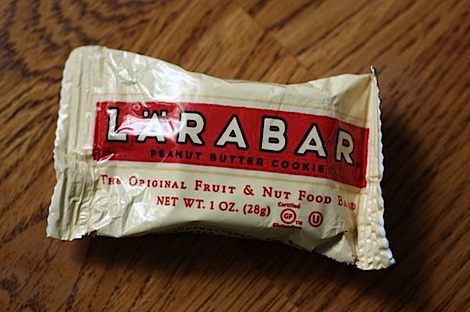 Later, I snacked on a Larabar to tide me over while we did some massive grocery shopping.

We stocked up for the week and scoped out some eats for potentially later in the week. We almost grabbed dinner at Earthfare, but I talked hubby out of that idea (we’ve been eating out a lot!) and into just taking a rotisserie chicken home. 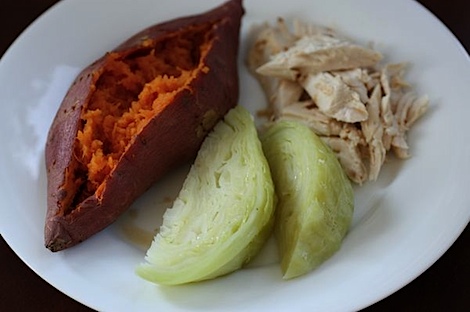 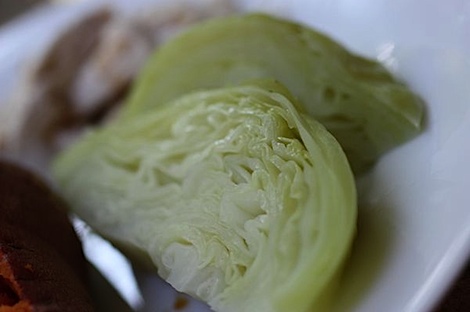 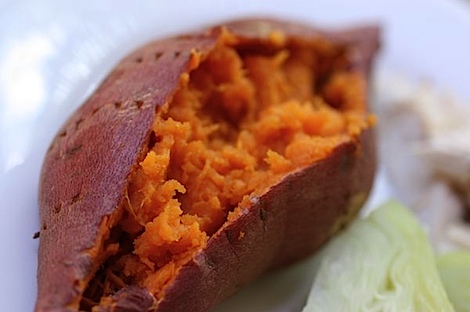 With the chicken, we had micro-baked potatoes (sweet for me, russet for hubby) and steamed organic cabbage.

Totally simple and totally yummy. Plus we have plenty of leftover chicken to incorporate into meals later in the week. Woohoo!

Anywho, I should probably take off…I have lots more picking up around the house to do…. 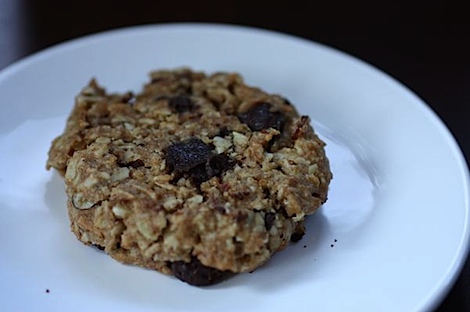 …plus this vegan whole wheat chocolate chip cookie is calling my name!

If I get enough done, I’ll have time for some DVR’ed Cold Case. Drop Dead Diva is a must, though! Can’t wait to see the new episode!

Do you watch any TV shows during the week? Which ones?