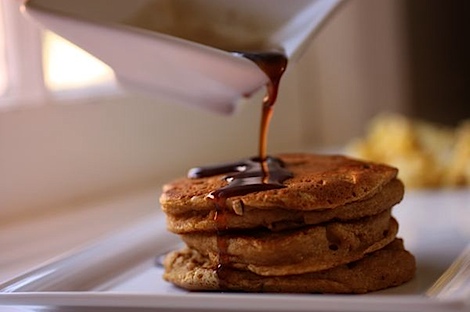 I was craving something fall-ish for breakfast, so I decided to try to make homemade pumpkin pancakes from scratch. 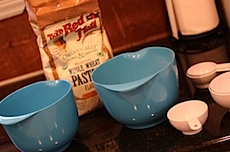 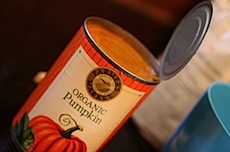 The key ingredient – canned pumpkin. I like the organic version (which I pretty much only buy when it’s on sale). 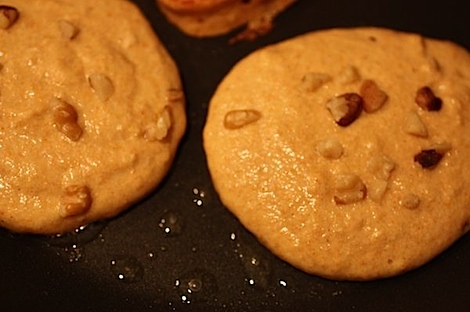 I added walnuts to the batter while the pancakes were cooking. 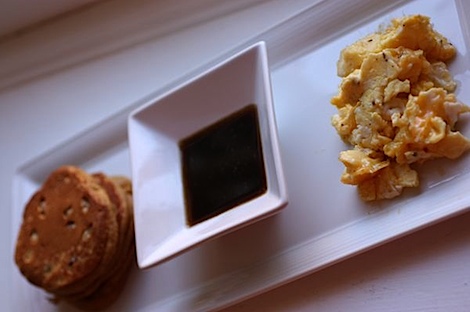 And for protein, we had scrambled eggs with cheese on the side. 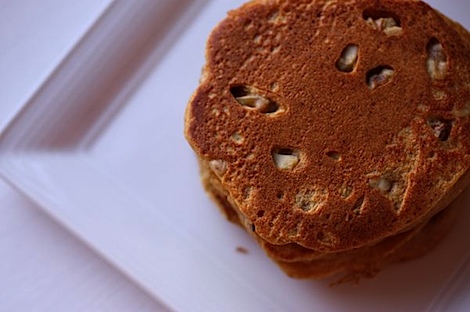 The pancakes came out ok, but I wasn’t 100% happy with them, so I won’t be sharing the recipe at this time. 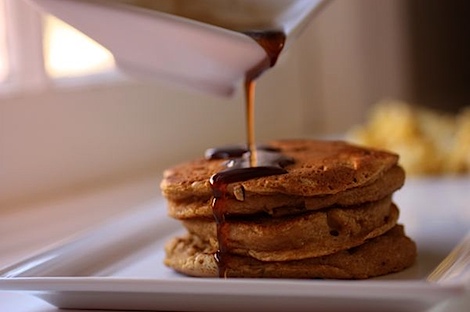 The sauce was pretty awesome, though. 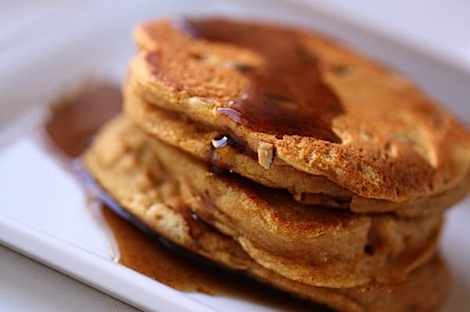 I made a cinnamon syrup sauce. 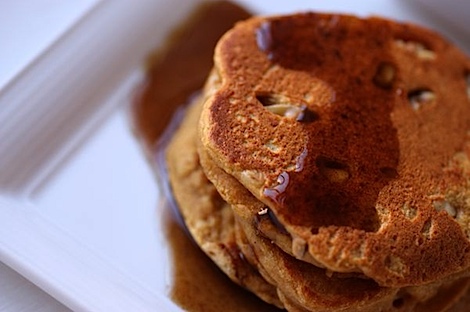 At first I was just going to heat up cinnamon with maple syrup, but when I realized I was low on maple syrup, I decided to adapt a recipe I’d seen awhile back from Giada.

Adapted from this recipe by Giada DeLaurentis 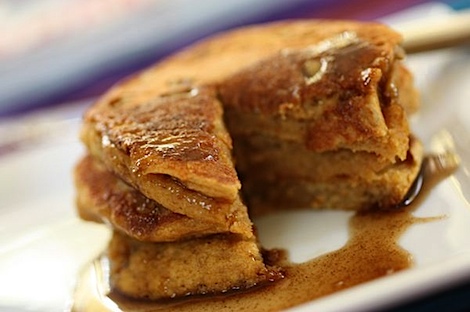