I hope you all had a wonderful weekend.

I spent my post-Thanksgiving weekend with my family doing the usual – relaxing and eating well. 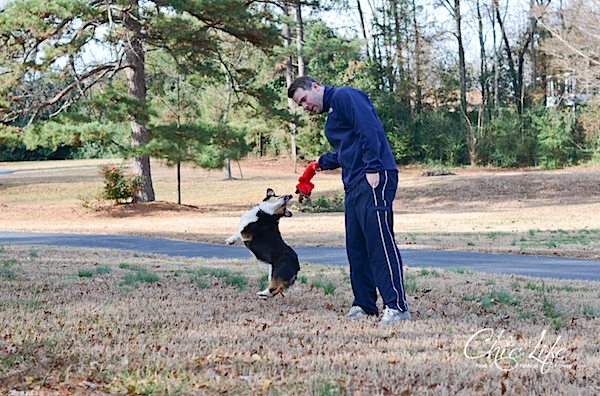 I’ve got some food photos to share with you guys, but let’s be honest, you’re probably mostly excited about the Bailey ones. Here’s a preview – scroll down for the rest… 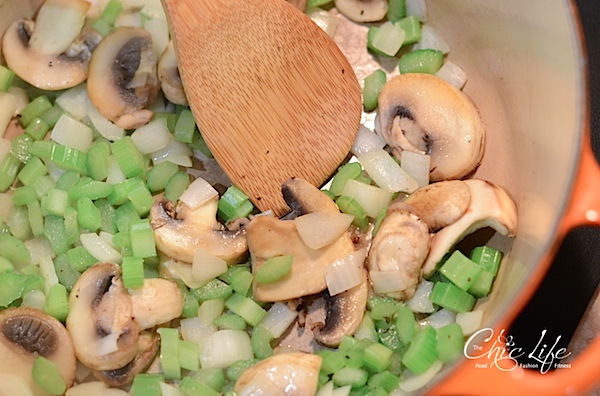 I’ve been working on perfecting a lightened-up version of turkey tetrazzini. 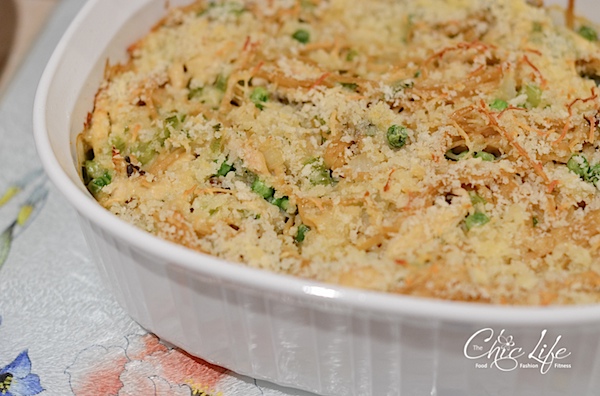 I’ve made roughly three to four batches over the last couple years, but it hasn’t been quite right. I haven’t gone to the extreme to make turkey just to experiment with the recipe, so I’m dependent on holidays. Not that I can’t roast a turkey just because it’s delicious, but it just hasn’t happened so far. I’m getting close on the recipe, but it’s not quite ready to share. Drats! 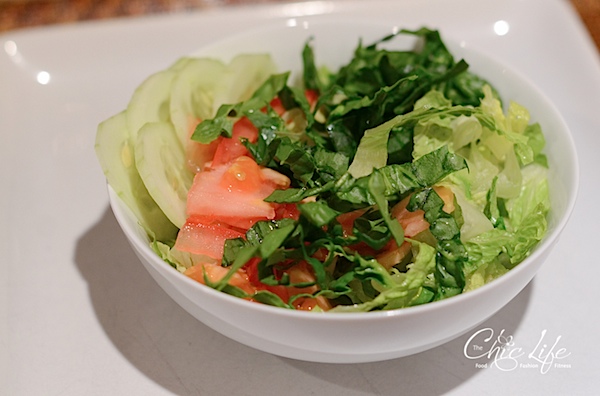 We taste-tested my most recent batch for dinner over the weekend, starting with this small salad. 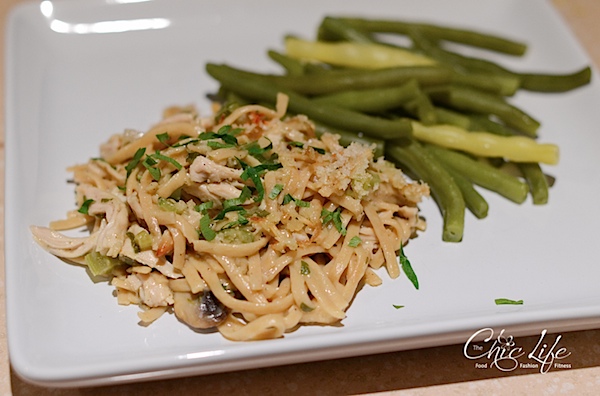 The turkey tetrazzini was served with steamed green beans. Simple, but good. 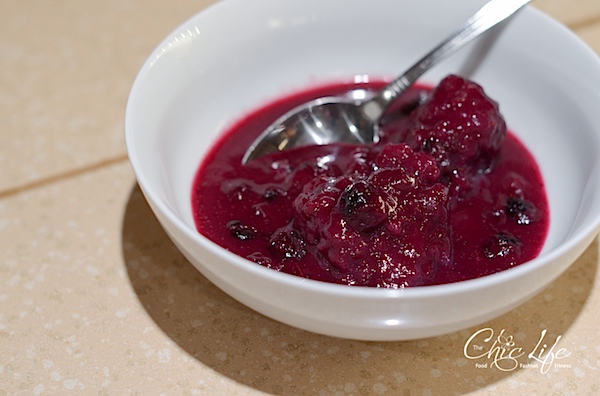 Oh, and I veganized a Paul Dean recipe. Did you know it was even possible!? I’m hoping to make a healthier version of this, as well. I want to experiment with some of the mix-ins first, though. This may not look like much, but I’m thinking it’s going to be a fantastic dessert and/or breakfast one day. 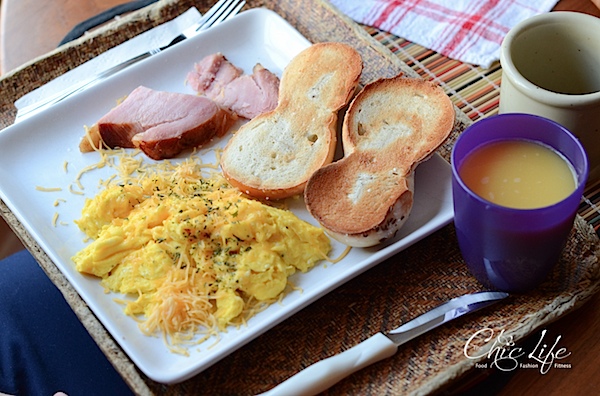 Here’s one of the breakfasts from the weekend. The eggs were from my mom’s friend’s chickens. They’re so vibrantly yellow! We also had leftover ham and a freshly baked bagel from a local bagel shop, Greenfield’s. If you’re ever in the area, go see them and try one of these twisted rye bagels. So good! 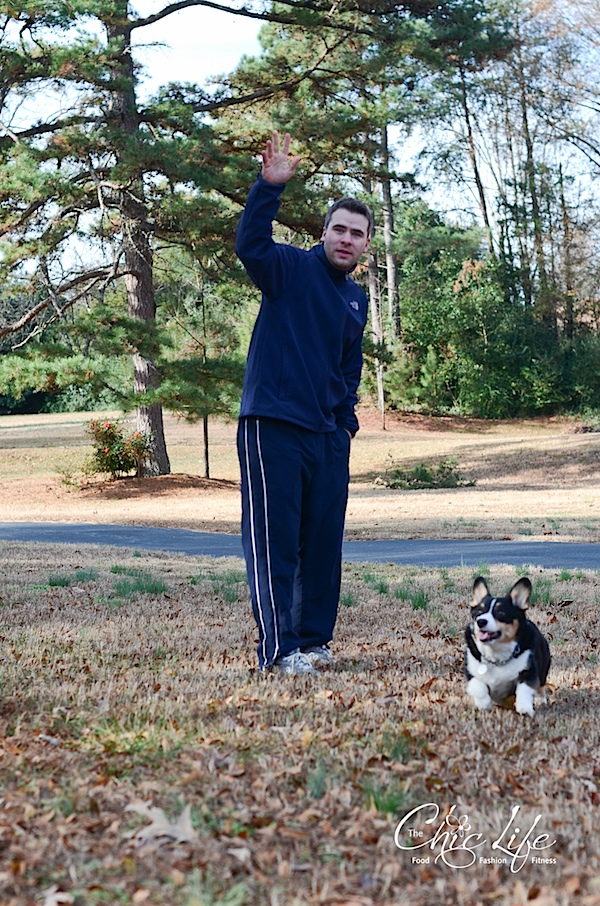 And here are those Bailey photos I promised… 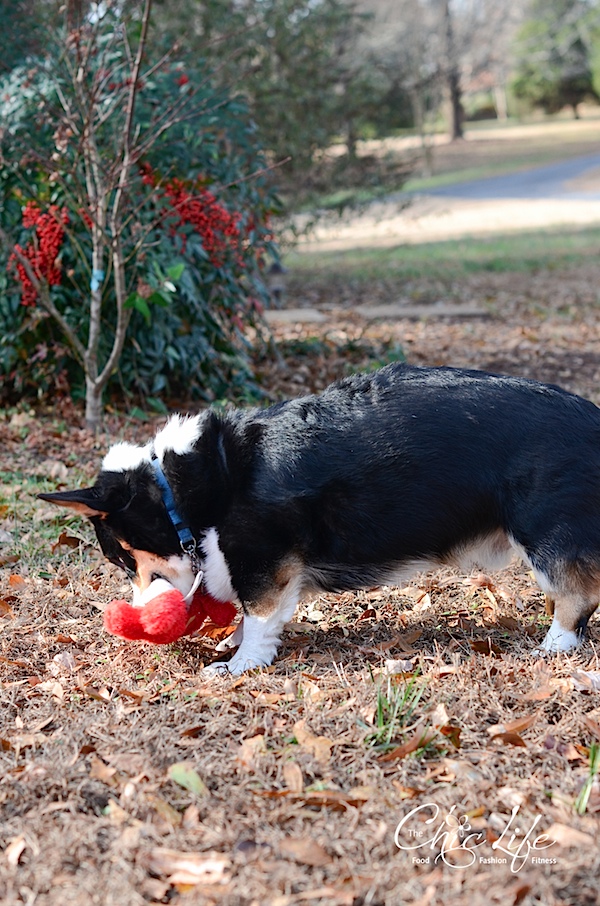 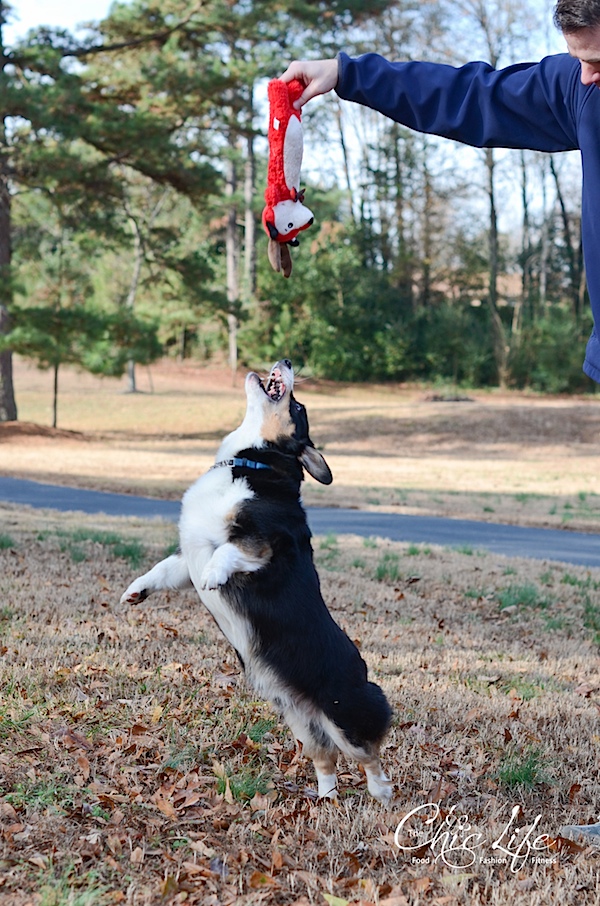 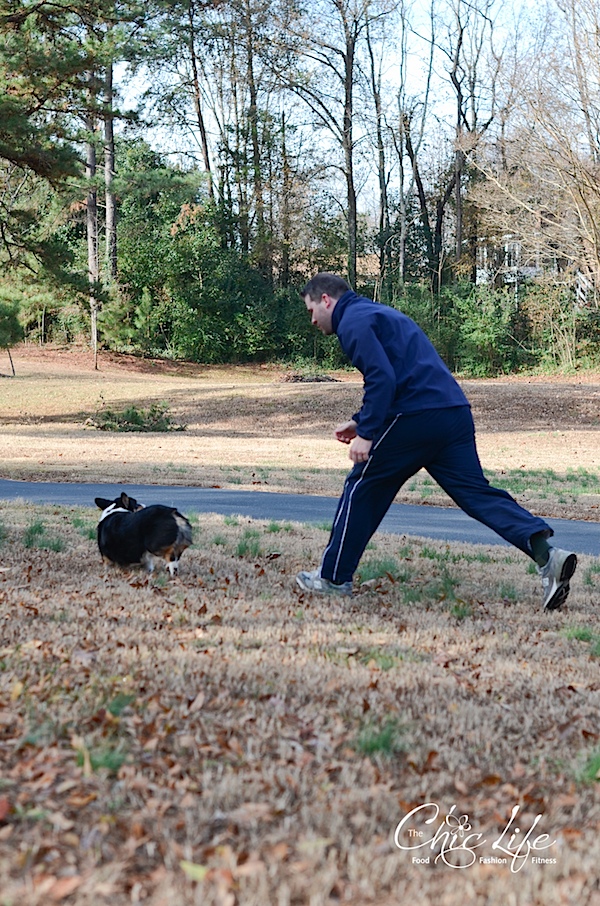 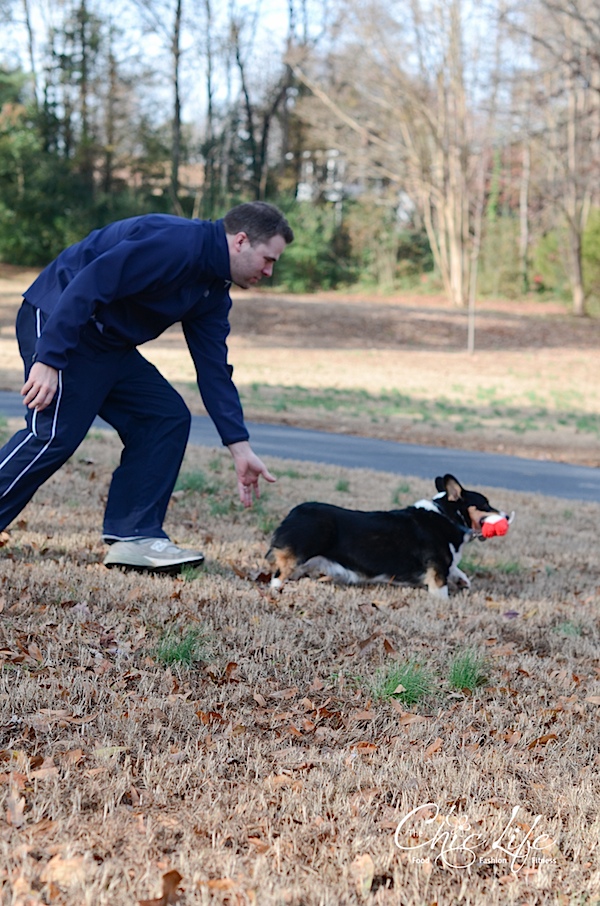 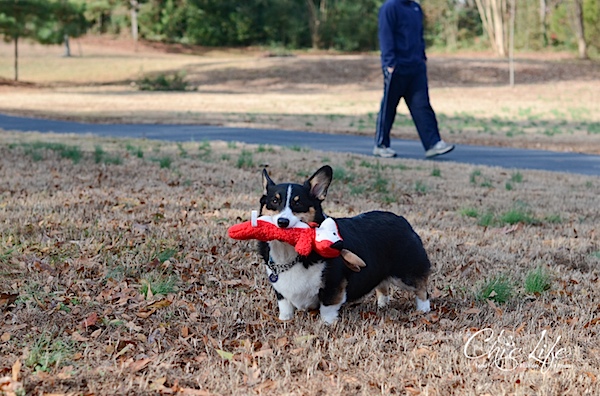 Hubby bought Bailey a new toy. It looks like a fox-ish reindeer, so we’re calling it “Foxy.” We name all of his toys because he’s pretty good at knowing their names. We can often ask him to get us one of his toys, and he’ll know which one to pick out. It’s so cute! 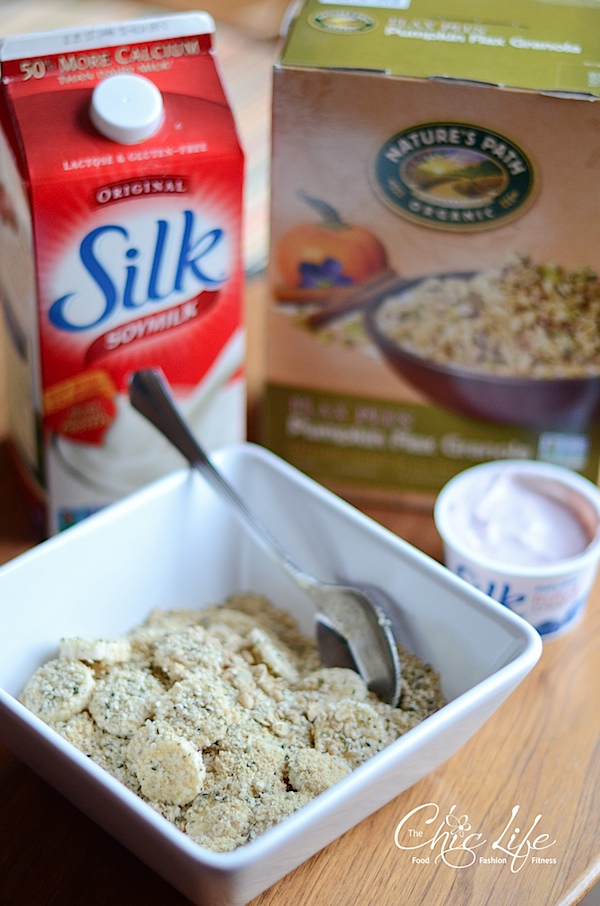 On Sunday, dad got me to take photos of his new, favorite, vegan breakfast to share with you guys. It’s Nature’s Path granola with Silk yogurt, Silk soy milk, and plenty of ground flaxseed and hemp hearts on top. Oh, and if you’re looking to recreate it, remember to add a sliced banana on top…or mixed in. Whichever you prefer. 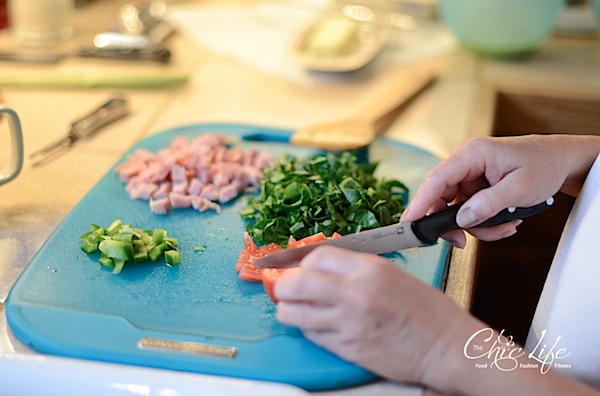 While dad had his vegan breakfast, we had Western omelets with ham, onions, green pepper, and spinach. 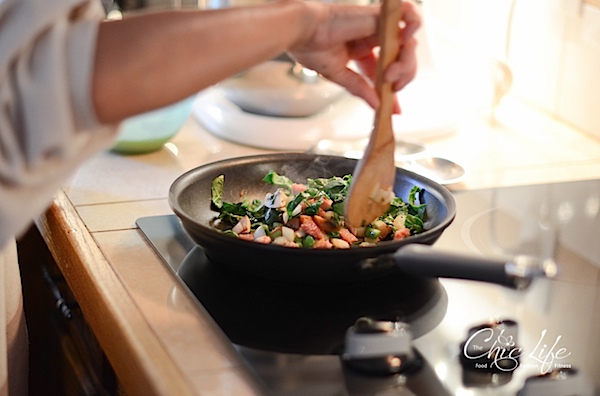 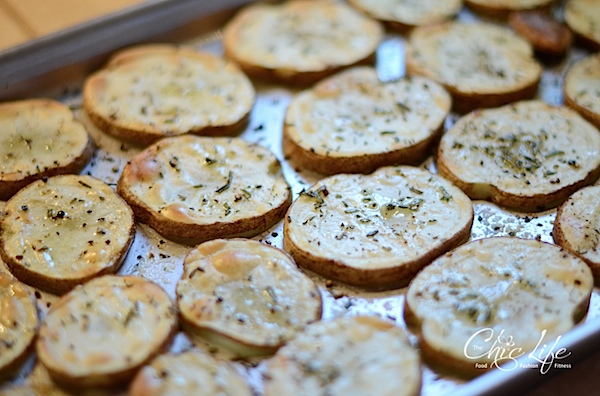 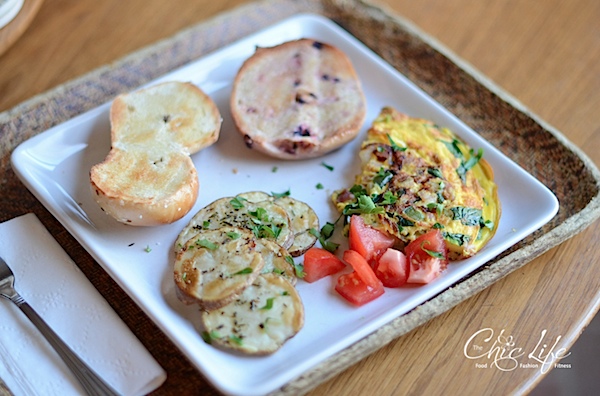 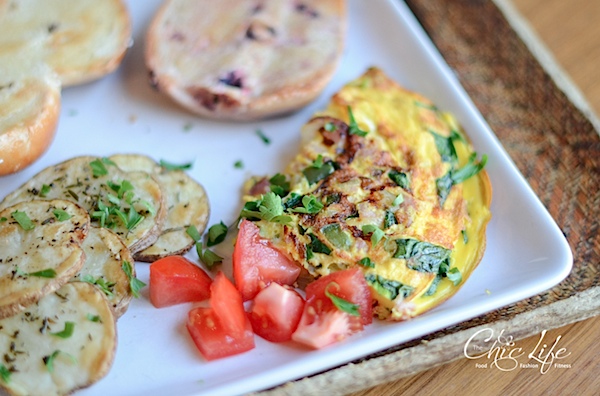 Besides lounging and eating, we managed to make it out on Saturday. I didn’t go anywhere on Friday, but I was ready to venture out the next day. We visited some of my favorites – Pita House, Coffee Underground, and Henry’s Smokehouse. We walked around downtown and visited some of the shops. I’m not a big fan of seeing movies, but sis talked me into seeing Frozen with her, playing up the “it’s a movie about sisters” thing.  We tried figuring out who was really good and really bad character-wise. I figured out one of the bad characters that Sis didn’t see coming. Overall, I thought it was a really cute movie, and I liked that it didn’t have the whole stereotypical princess theme going on.

Anywho, I can’t believe Christmas is in three weeks already. Decembers are typically fairly slow for me at the day job as most places are wrapping up projects, but this month is actually going to be really busy at work. I’m ready to buckle down and make things happen! But, I’ll also be looking for that Christmas vacation light at the end of the tunnel. I’ve got three business weeks of work ahead and then almost two weeks of time off. The goal is to end the year on a high at work while still balancing out my out of work hobbies and fitness. I don’t want working out to fall by the wayside, and I’m hoping to still make it three-four times a week. We’ll see how things go, but I’m feeling pretty optimistic so far!