How to Be a Champion (A Story from the Sochi Olympics)

The key to being a champion is simple:

Our greatest glory is not in never failing, but in rising up every time we fail. ~Ralph Waldo Emerson

Or, another way of putting it: 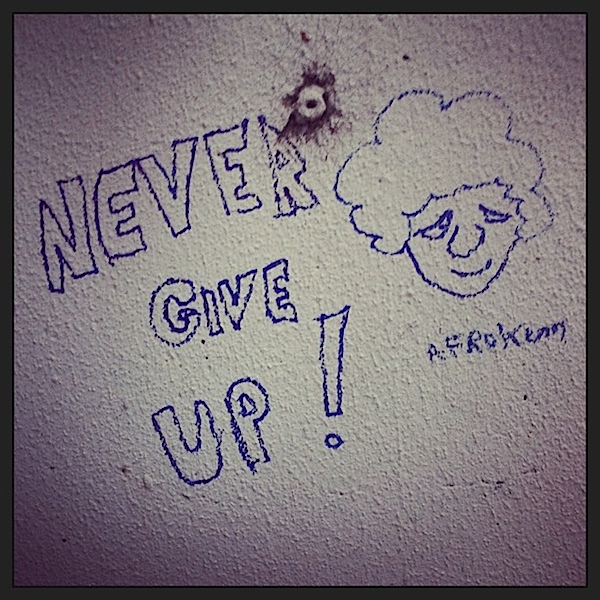 I wanted to take a moment to share a story from the Olympics because it really resonated with me. For those newer to TCL, part of the reason I really related to it is because I trained for ten years as a figure skater. I wanted to share my perspective on the story and how I think it is a good example for a real life lesson.

You may have heard about or watched US figure skater Jeremy Abbott’s short program in the 2014 Olympics in Sochi. If you haven’t, you can click here to watch it. Jeremy opened his program with one of the most difficult moves currently done in skating competitions – a quadruple toe loop. Unfortunately, he hesitated going into the jump causing the rotation to be short. His toe picks hit the ice and launched him into the air face-forward, throwing him onto his hip, and straight into the wall behind him. I couldn’t help but gasp as I watched everything happen. Falls like that are not normal – not in practice and especially not in competition. As he laid on the ice for over 10 seconds, I feared he was seriously injured and not only wouldn’t finish his program but would need help getting off the ice. As a former figure skater, even though I never reached the same level of competition and jumping ability, I couldn’t help but feel like I was right there on the ice with him. But, just as I was wondering what would happen next, something miraculous happened.

Jeremy began pulling himself up the wall and stood up. And as he did so, the crowd cheered behind him, encouraging him to keep going. And keep going he did. He found his place back in the music, and roared down the ice to complete a beautiful triple lutz – triple toe loop combination. And he didn’t stop there. He completed a triple axel (the hardest of all the triples) and went on to finish to the loudest ovation from the crowd. What a wonderful and supportive crowd they had in Sochi that night!

Were I in his skates, I’m not sure if I could have done the same thing. After you have a rough fall, it shakes all your confidence from you. As you speed down the ice for your next jump, you have to fight the demons in your head telling you that the fall you just experienced is going to happen again and that maybe you just shouldn’t try it. You have to keep your composure because to execute the jumps, spins, and footwork, you need precision and self-assurance. Those are two things that are sometimes hard to have on a good day, let alone after you just busted your rear in one of the biggest competitions of your life.

I once had a bad fall when I was working on my double flip jump, and it was nowhere close to as bad as Jeremy’s fall. I made both rotations, but when my foot hit the ice, it somehow slipped right out from under me, and I hit the ice (WHAM!) on the full side of my right leg with a giant SMACK! The fall was so hard, it literally stunned me. After taking a minute to shake it off, I tried to go for the double flip again. I skated speedily down the ice, and as I approached the take-off, I couldn’t get the fall out of my head. I popped jump after jump after jump. The fear got to me. I was finally able to land the double flip jump again, but I never forgot that fall. In skating, and in life, things are more than just physical – they’re so mental, too.

And that’s why Jeremy’s performance was so spectacular. He got up, shook off the fall, and skated the rest of the program like a champ. He dusted himself off and got up and went for it. And he skated beautifully.

You know, I think my personal story has always been about perseverance and always getting up when you fall. So maybe I’m not Olympic champion, but if nothing else I can teach the world that. ~Jeremy Abbott

What happened in Sochi was an amazing show of what it means to be a champion. But, it’s also a wonderful metaphor for life. If you fall down, you have to get back up. You have to remember to never give up.

Thank you, Jeremy, for showing us how to be a true champion!

Oh, and one more thing. If you heard Jeremy’s interview following his short program, he said that the crowd really cheered him on to keep going, and that he felt very motivated by them to finish. It helps to have your own little supportive crowd in life, too. Remember to surround yourself with people who will help life you up when you fall down.