We woke up to snow this morning!  Real, live snow!  Ok, most people who actually get snow on a regular basis will not think that these "flurries" are "snow", but this is "snow" to us in the south! 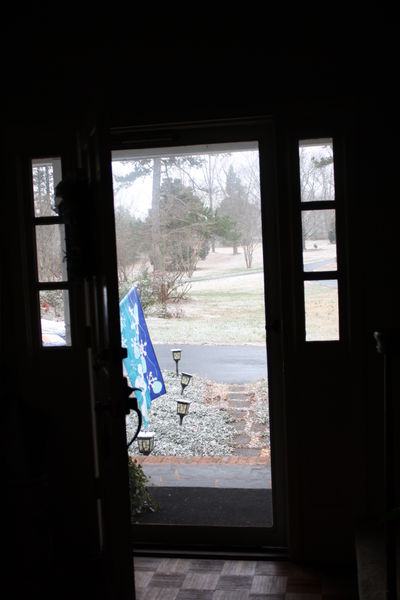 Look how white it is outside!  No 4 foot drifts or anything, but I love how it looks like it's glowing! 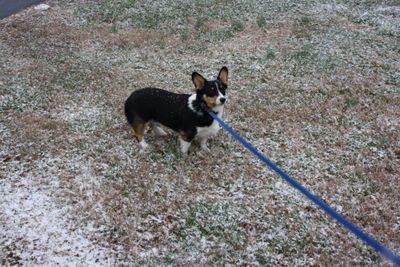 We took Bailey out to play in the snow. 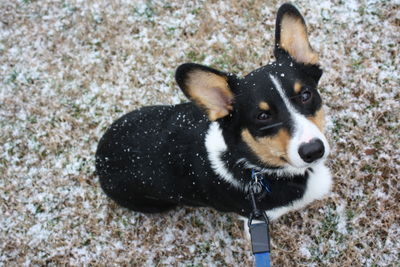 This is only his second time seeing snow.  I think he likes it. 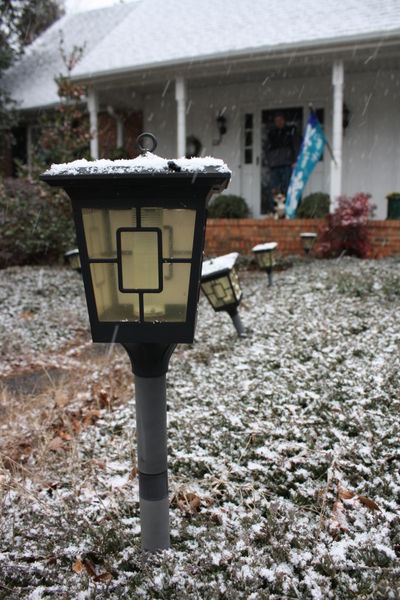 The snow wasn't coming down hard, but it did stick a little at first. 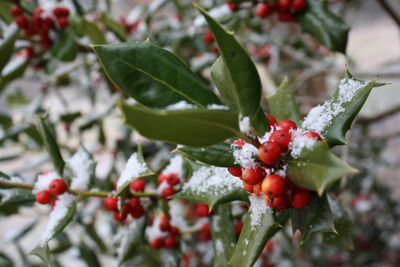 Snow in the holly bush. 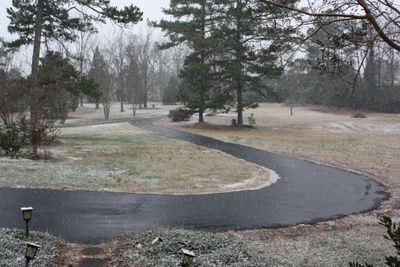 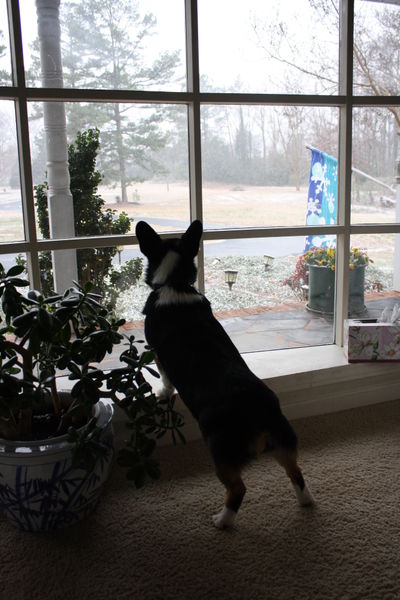 I think Bailey wants to go back outside.

5 thoughts on “Snow Day…Really This Time”