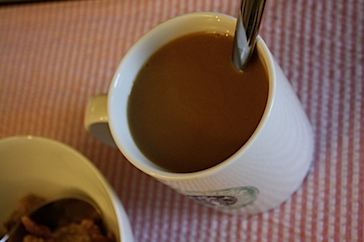 This morning, I brewed coffee and made breakfast for hubby. I had FM BB with sugar and 2% milk to drink. 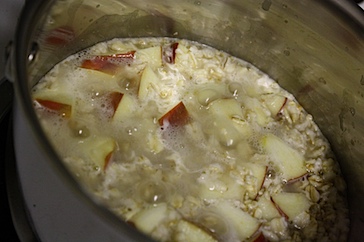 I decided to take a moment to make stovetop oats, even though I knew it would put me leaving a bit later than I wanted. Last night, I thought it would be cool to make Apple Spice oatmeal so I could use up some of our apples and utilize this week’s challenge ingredient – cinnamon! 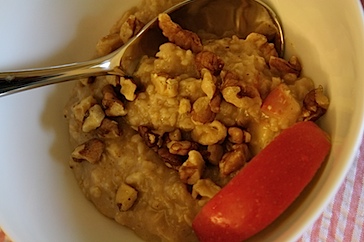 I wanted to name the bowl Apple Spice Oats, but you know what….the mix tasted like apple pie…yes, seriously! I’ve been trying to convince myself all day to call it the original Apple Spice name I thought of, but I can’t. It tastes too much like pie! 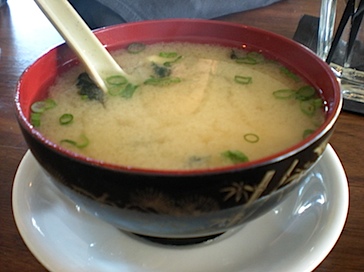 I actually brought some soup leftover from last night to work today, but ended up going out with 2 co-workers to a local Asian restaurant. I will eat the soup tomorrow.

I did end up having soup with lunch, but it was miso instead of leftovers. The soup had seaweed, tofu, and green onions – just the way I like it! 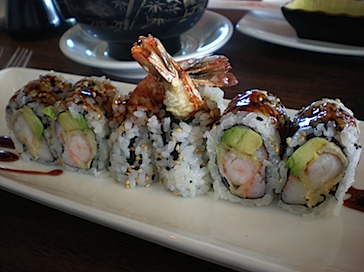 I got a sushi roll with shrimp tempura, crab, and avocado. It was very tasty and I ended up trading a piece of sushi for… 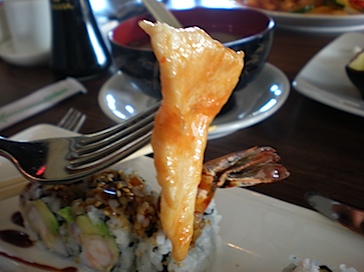 …a piece of my co-worker’s mango chicken. 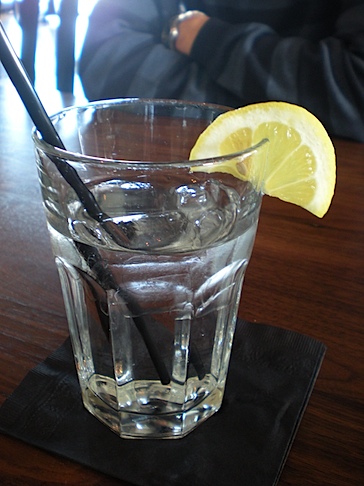 I also had some water with my lunch. 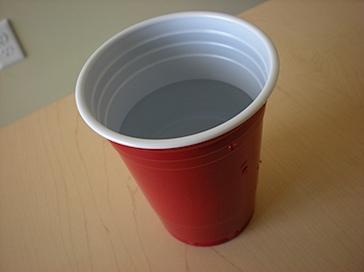 I had an appointment this afternoon, so I grabbed some water for the car ride. 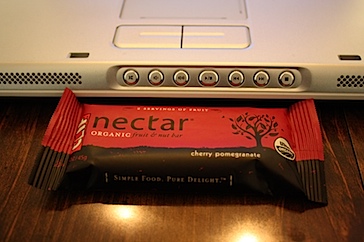 After the appointment, I dialed in to a conference call from home. Midway through the call, I realized I hadn’t had my daily snack for SCBR, so I grabbed this Clif Nectar bar that I tucked into my purse pre-appointment in case I got hungry. 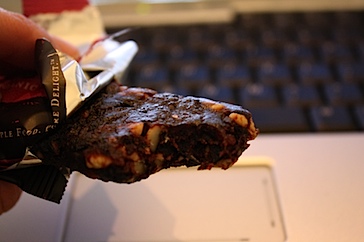 It was quite tasty and quickly becoming a favorite of mine.

After the call, hubby and I went to Great Harvest. I wanted to go after my appointment, but I ended up waiting almost 45 minutes after my appointment time and was already late for the conference call. I wanted to go immediately after the conference call, but hubby had to do a quick errand in the house. We went 10 minutes before closing and, as I expected but against my hopes, they were all sold out of King Cake and Flax Oat Bran so we didn’t get anything and said we’d come back later in the week. *sad face* We next hit up Target for a quick trip, and then it was on to dinner. During our shopping trip, hubby talked me out of the frozen TJ’s BBQ Chicken pizza that we were planning to eat and into eating out and it was all downhill, calorie-wise, from there. We are out of grocery money, but do have some “eating out” money left in our February budget. 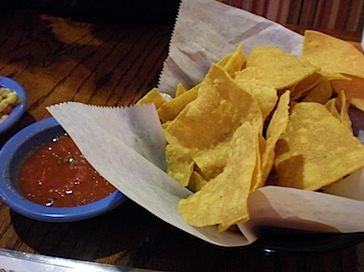 We ended up getting Mexican for dinner. I’ve been super-strict on my diet before (earlier in life), so I don’t want to restrict myself too much on food. A splurge here and there is ok in my book. We started off with chips and salsa. 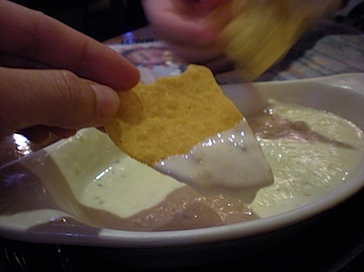 We also got a Mexican-dinner must-have (for us at least) – cheese dip! I didn’t bother counting my chips, but I estimate I had about 20. I think the chips did me in fullness-wise. 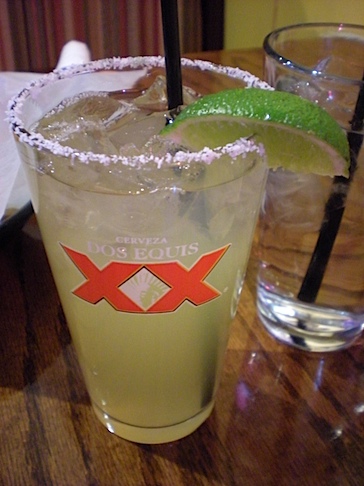 I was going to just have water with dinner, but ended up getting a margarita because they were on special, we had to order 2 drinks to use a coupon, and because it sounded good and I haven’t had one in longer than I can remember. Calorie-wise, the margarita really did me in at an estimated 700 calories. I’m not sure I would have had the margarita knowing it was going to be so bad for me. I mean, it was good, but it wasn’t that good! 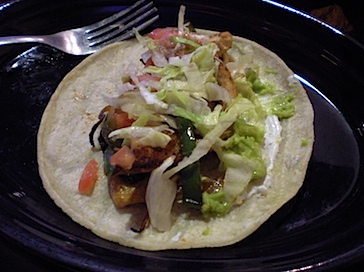 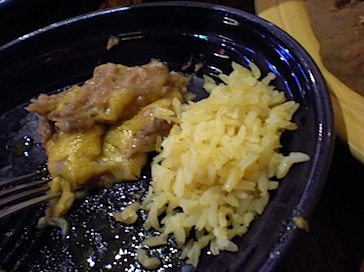 I also had 2 small portions of refried beans and rice. Each portion was roughly 1/4 cup.

I thought I was eating intuitively most of the night, but I guess I really wasn’t doing as well as I thought because I am so stuffed as I type this! I need to work on staying within 3 and 6 on the Hunger Continuum in SCBR.

I felt so full after dinner, I talked hubby into taking Bailey for a walk after dinner. I was actually hoping to take a walk after the conference call earlier but got distracted by the quick shopping trip we took. I still really wanted to do something active, so a walk it was.

We took the shorter route and were only gone about 20 minutes burning a measly 86 calories (as estimated by fitday.com). I also calculated about 52 calories burned from the shopping trip. Not sure if I’ll keep adding the small household/errand type activities in, but a couple here and there seem reasonable.

Yikes! I used to think my random food-splurges were ok, but looking at it from the calorie counting perspective, I’m starting to re-consider. I’m such a calorie-counting newbie! Is this normal/ok to have spikes like this in your calorie-count if you eat healthy in general? If I had planned better, I could have eaten fewer calories earlier in the day to try to help balance everything, but I guess that’s just the way the cookie crumbles some times? I don’t want to limit myself from never having splurges, but I may have to re-consider how I approach them based on this new knowledge.

Today, I learned that you can plan out all you want, but following through is what counts. I need to work on balancing my splurges. In general, I like to try to eat out only once a day max, but I don’t keep that in check as much as I’d like and am easily persuaded into going against plans. Need to work on that! I think it’s good to be flexible, but I also think there is a balance. Hey, at least I got my post done early! Maybe I can watch a DVR’ed Get Fresh with Sara Snow?! Ta-ta!