Even though we stayed out pretty late doing the dog bar get-together, I somehow managed to wake up at 6:45 am. I tried my best to go back to bed, but it wasn’t happening, so I woke up and made plans to repay hubby for yesterday’s breakfast in bed by baking something from scratch. I tossed around the idea of making brioche french toast, but when I realized the bread had to be day-old, I opted for something else I’ve been interesting in trying out – those Honey Oat Biscuits I saw over at Johnstone’s Vin Blanc . 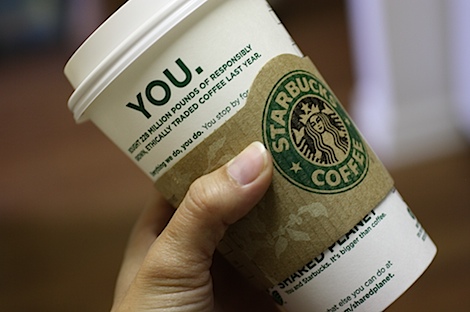 I decided to take a nice, slow morning puttering around over coffee and Trader Joe’s to get supplies make my breakfast goodies, so I hit up Starbucks for a Grande Vanilla Soy Latte. 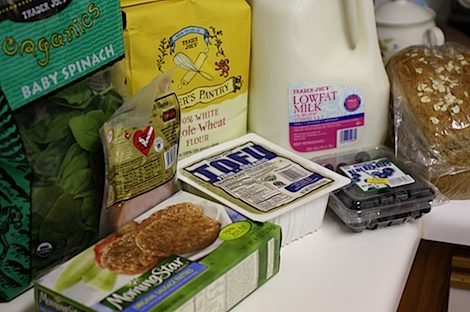 Then, I did a little grocery shopping whilst slowly sipping my soy latte. I picked up some good stuff: 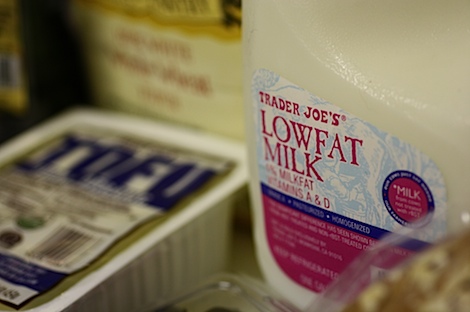 I’m trying to make the switch from 2% milk to 1% milk thanks to Ellie Krieger’s convincing section on switching to low fat dairy in her book, Small Changes, Big Results . 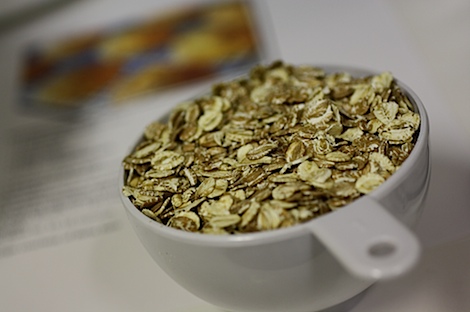 After unpacking the groceries, I got started on the biscuits. I used up all of my oatmeal, unfortunately, and even had to use some of my TJ’s 4-grain hot cereal. 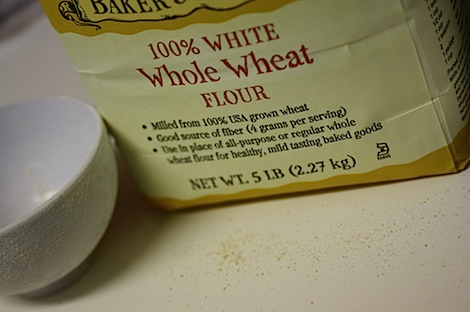 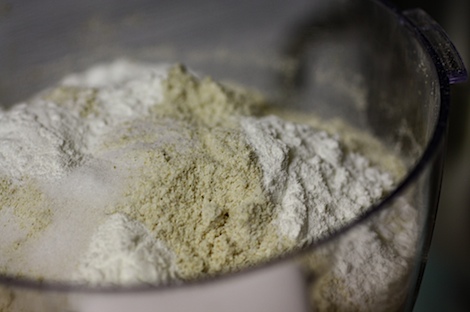 The dry ingredients barely fit into my tiny food processor. I’d really like to get a nice large one that does all the fancy slicing, too. 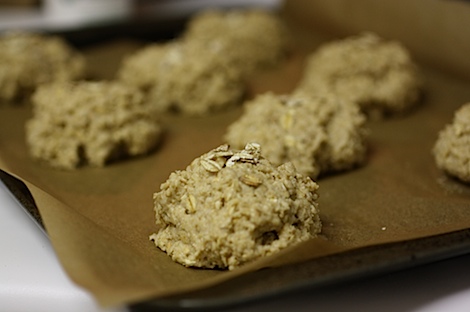 The recipe was a cinch and the biscuits came together quite quickly. I topped mine with a sprinkle of grains. 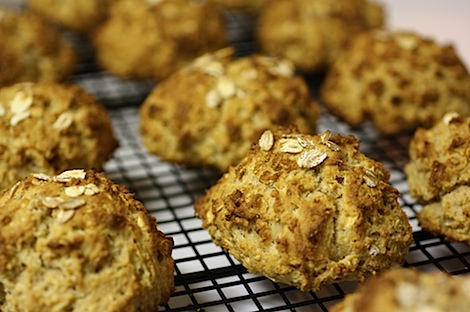 Unfortunately, my biscuits got slightly over-baked. The recipe said it yielded 12-14 biscuits, and I had 14 placed. I was supposed to bake for 15-18 minutes, but I think I should have gone on less time. I could smell the tips browning at about 13 minutes and they were golden at 14 but I was worried about the insides being finished. Next time, I’ll make the biscuits bigger or bake them for a shorter period of time. Nonetheless, the flavor was quite awesome – especially with a dab of butter and light drizzling of honey. 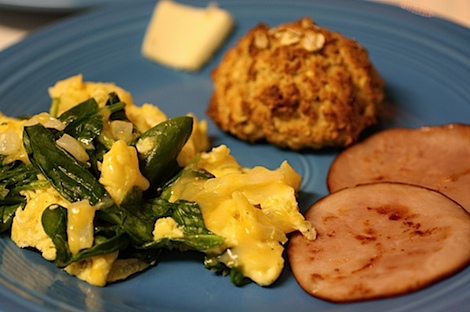 To go with the biscuits, I made a quick egg scramble with onion, spinach, and a Mexican blend cheese. I also heated up some canadian bacon in a saute pan. 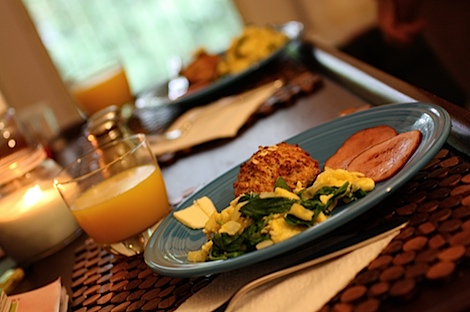 Hubby really seemed to enjoy breakfast, so I’d say this am’s adventure was a success! 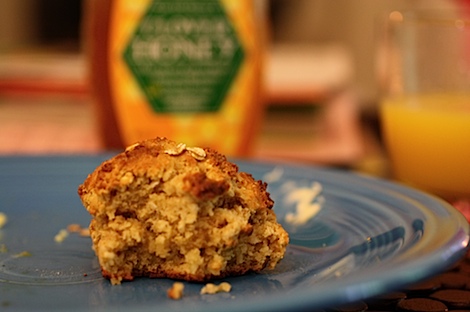 And thanks to Jessica for the biscuit inspiration! 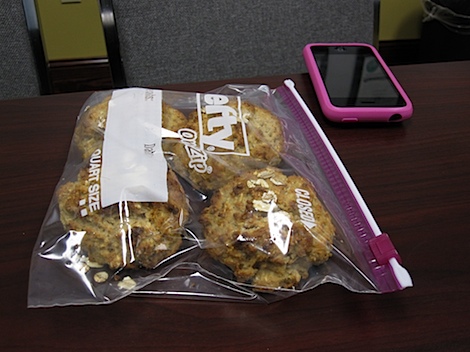 After brunch and doing errands around the house, hubby and I met up with our realtor to do some more house-hunting. I brought some of my biscuits over to share. The bag slightly matched her iPhone holder. My realtor is being my guinea pig for new phones. Mine is dying and the battery won’t hold a charge. It’s time to upgrade, so I’m thinking either Blackberry or iPhone. My realtor had a Blackberry for a long time and is now falling in love with the iPhone. I almost bought one back when my hubby did and probably should have but am eagerly anticipating the (supposedly) June 4th release of the new version.

House-hunting went fairly well. We didn’t get to see 2 of the houses on our list but there was one we particularly liked. It’s unfortunately out of our price range, but you never know how things work out. I’m trying to remain optimistic and hopeful. After 4-ish years of looking, I’m getting pretty ready to settle in to a house of my own.

Hubby took me out for pizza for dinner…here are some pictures from our meal: 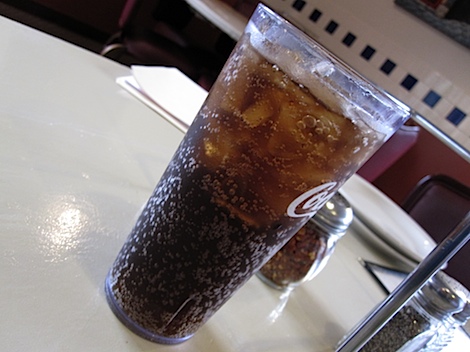 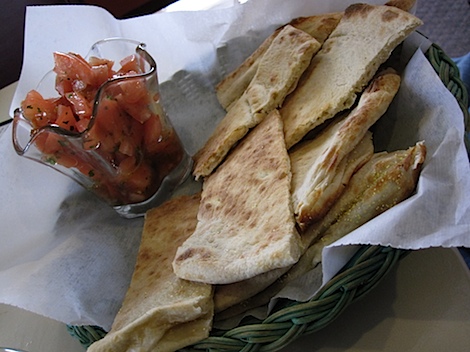 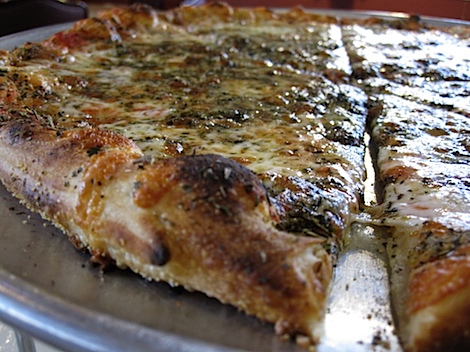 Pizza was fab…love that gooey cheese. 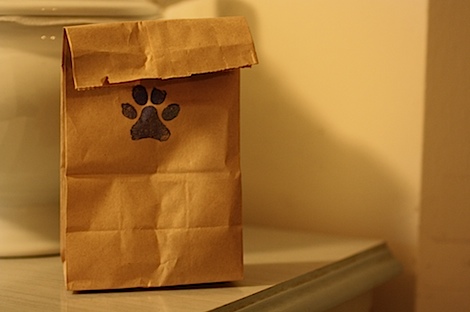 We even managed to bring something home for Bailey. We picked up a treat from a local dog boutique on our way home. 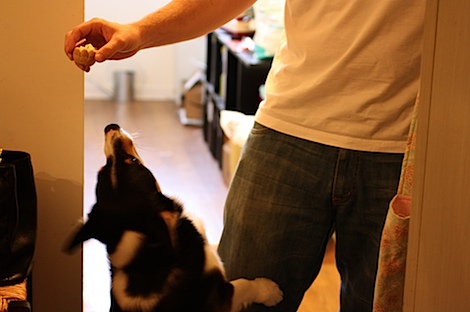 Bailey was very excited about the treat. 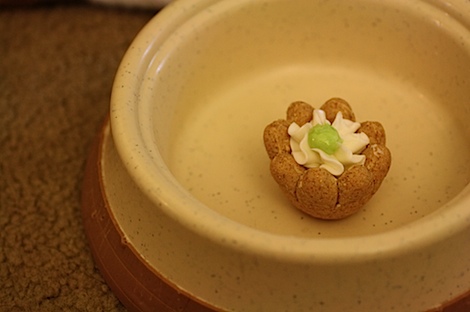 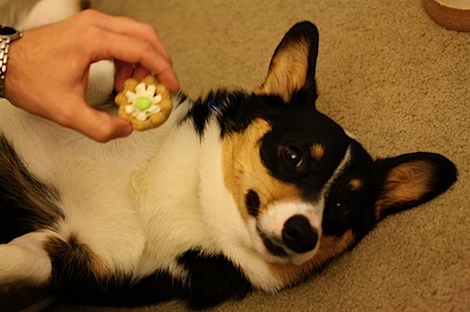 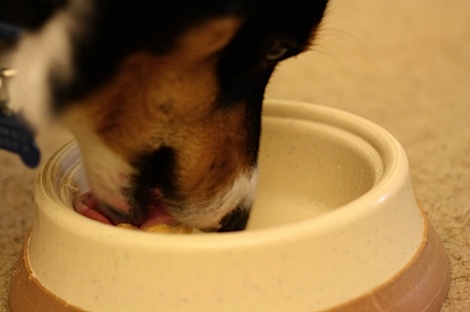 I think he liked it.

Off to make some jewelry…I may check in again later.