Click here to join my FREE 2022 Health Challenge and uplevel your health the fun way!
Lunch

Sorry for the lack of posting yesterday, but I was suuuper under the weather. 🙁

I woke up at around 3am and then again at 4:30am feeling terrible. I tried going back to bed, but was just so uncomfortable.

I forced myself to work at 9am to pick up my laptop so I could attempt to WFH. I was feeling so drowsy, it was a good thing I wasn’t planning to stay at work. 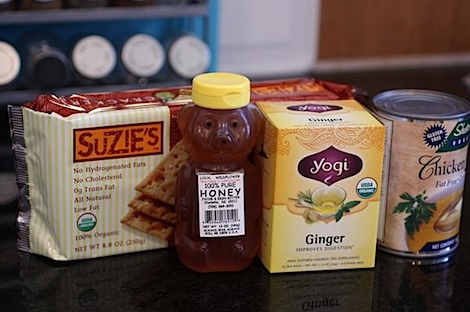 On my way home, I picked up some sick-day groceries: Suzie’s organic saltines, honey, ginger tea, and chicken broth. 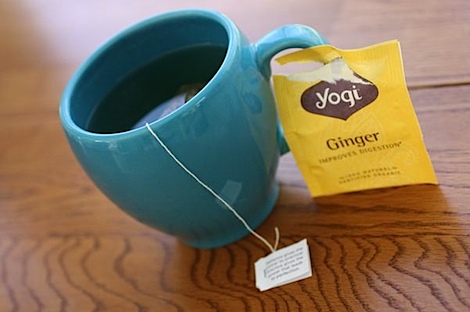 I made some Ginger Tea, which I took to the bedroom to sip on. Instead I fell asleep and forgot to drink it. Doh! 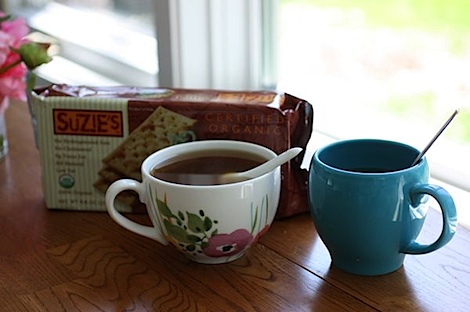 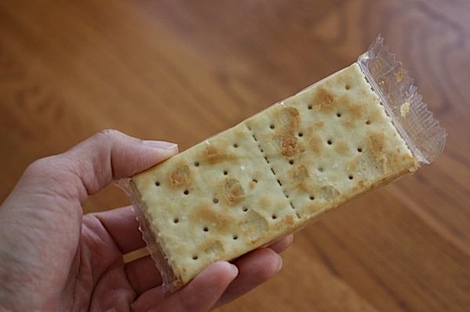 I must say, I’m pleasantly surprised with these saltines. They are tasty and have a short ingredient list. Plus, they are individually wrapped. I’m always willing to pay extra for things individually wrapped because instead of it going bad after only 1 week, I can usually stretch out life of the food for a few weeks or even months. That’s much cheaper than buying a new box every time.

Anywho, I managed to eat the saltines, half the soup, and almost none of the tea. I also managed to down about 2 cups of water, which was good because I knew my body needed some liquids.

I ended up sleeping away most of the day. I just felt so weak. I knew food would give me energy but I didn’t want any. 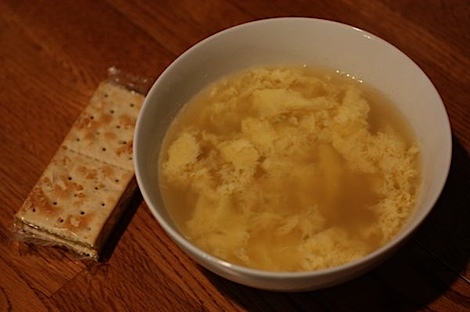 Around 9:30pm, I attempted food again: egg drop soup and more crackers. I only had a few bites of the soup. I guess I should have stuck with chicken broth because I’m not sure I was ready to eat the eggs. I ate about half of the saltines, too.

I thought maybe sleeping all day would mean I wouldn’t be able to sleep at night, but I fell right asleep around 10pm – this is extremely early for me these days. Guess my body needed the rest?

Anywho, so there you have it. What happens when a food blogger gets sick? Their eats are EXTREMELY boring!

It’s Thursday now and I’m feeling a little better, but still very tired. My stomach isn’t ready to eat normal food, but I’m hoping to at least eat more than I did yesterday. I like to think of my body as a car and right now my gas tank is on empty and I feel like I’m running on fumes.:(

What do you eat when you’re having a sick day?