Do you know who this singer is? 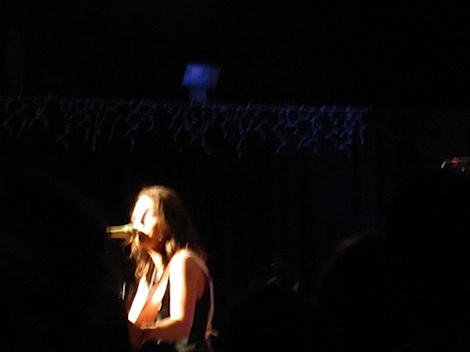 Wow! You guys have made some great changes in your eating styles! Check out some of your “I Can’t Believe I Like Eating This Now!” foods: 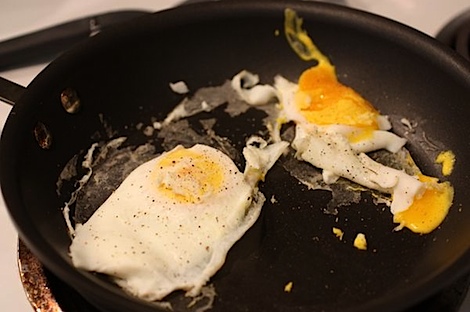 Hubby tried to make fried eggs. This is what happens if you don’t use enough non-stick spray. Guess his expertise stays in the Sloppy Scramble area. 😆 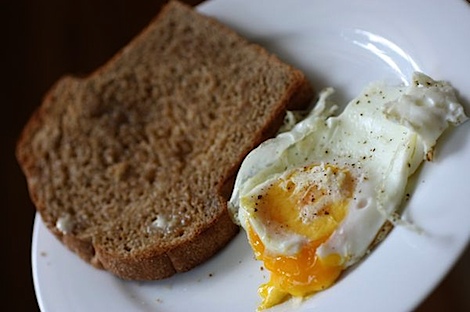 We salvaged enough for breakfast with buttered toast. 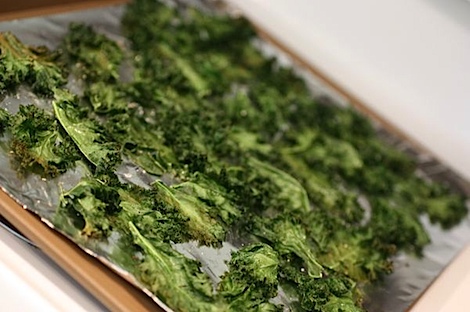 I made kale chips… 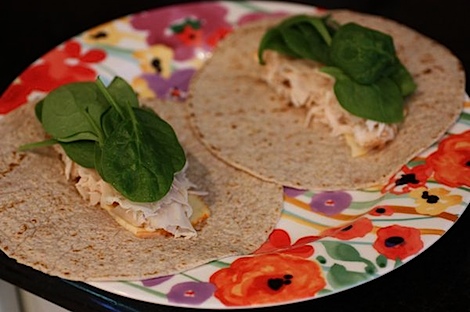 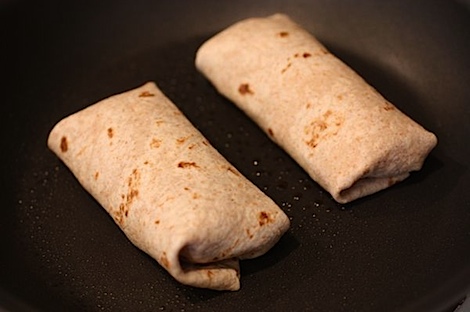 …and toasty wraps for lunch. 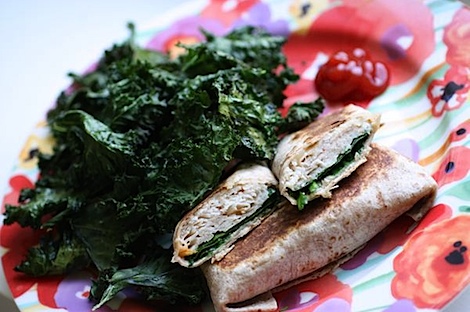 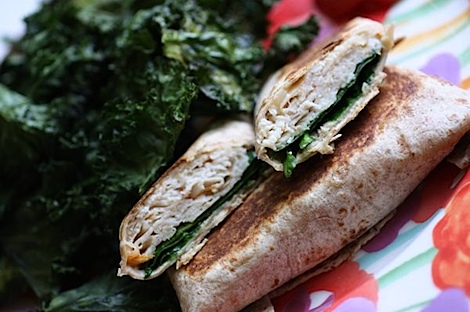 Pretty tasty stuff! I love the crispied outside of pan-fried tortilla wraps. And the kale chips were the perfect side – an easy way to get my salty and my veggie in one. 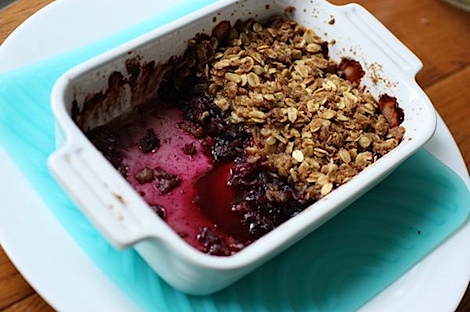 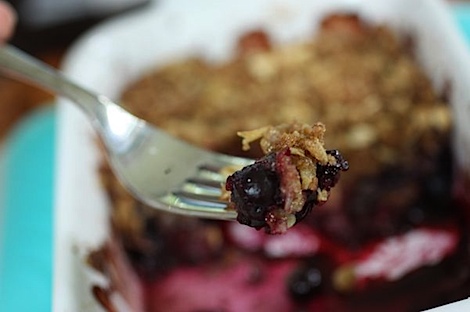 I was going to have it for breakfast, but ended up having it as a lunch dessert – my leftover berry crisp dessert from the night before. I re-heated it in the oven for about 25 minutes so it had that fresh-baked taste still. I ate it right out of the baking dish (after letting it cool a bit) so it would stay nice and hot while I slowly enjoyed it. Noommmmmmmm! 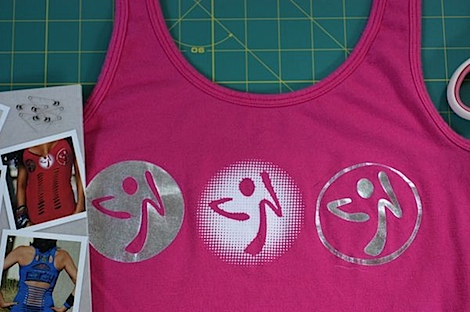 Post work, I did another DIY cut Zumba tank top project. I wanted one just like the one in the Z Life mag – note photo. 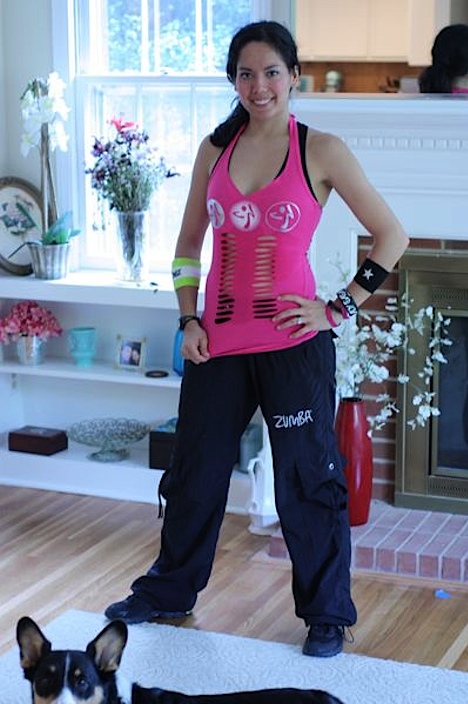 Not bad! I think I came pretty close to the original. I’ll be posting a tutorial later, plus a recipe for my kale chips! They are so fast and simple, you MUST try them sometime!

Anywho, I def rocked out my new top to class tonight…cut zumba tops are so much more fun to wear than the straight-out-of-the-box kind! 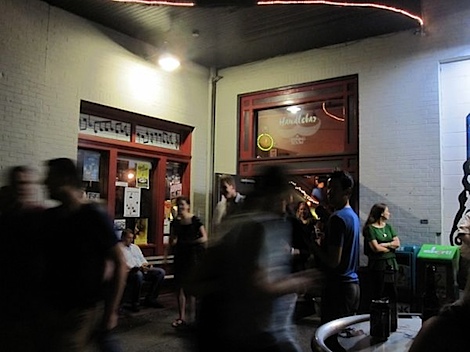 Post-zumba class tonight, I got an impromptu invite to see a concert. 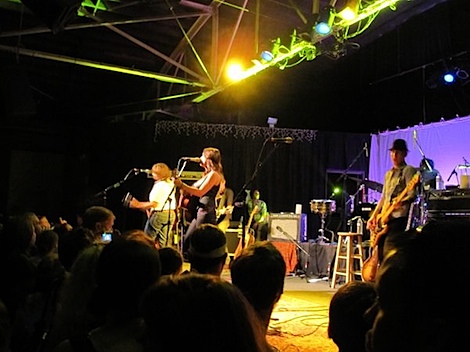 The artist? Brandi Carlile!!! I freakin love her! Her voice is amazing and so different! I wasn’t sure if I could go or not at first, but I figured it’s not every day you get to see an artist you really like live, so…why not?! 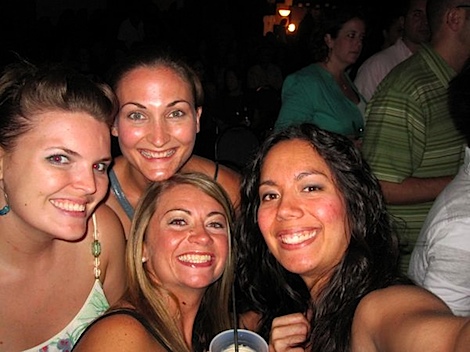 Big Megan, Middle Megan, Erica and moi road-tripped it about 1 1/2 hours away just to catch the show and it was so worth it! 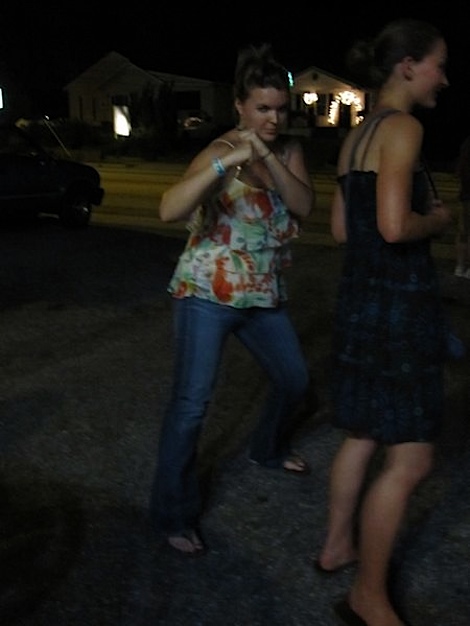 Here’s Megan getting ready to defend herself after the show against a chick who threatened her. 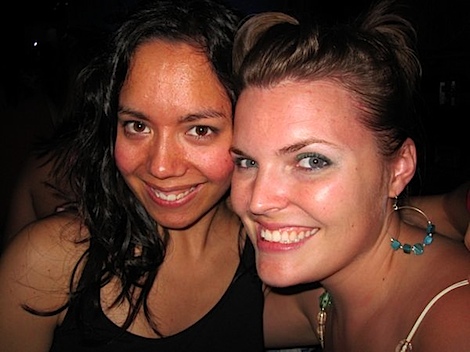 Luckily, we made it out safely! 🙂

I leave you with one of my favorite Brandi Carlile songs, which I had the pleasure of enjoying LIVE last night! Still can’t believe I got to see her in concert! So awesome!

Have you seen any good concerts lately?