Click here to join my FREE 2022 Health Challenge and uplevel your health the fun way!
Fitness

As promised, here’s a little tutorial for cutting a zumba (or other workout) tank top. 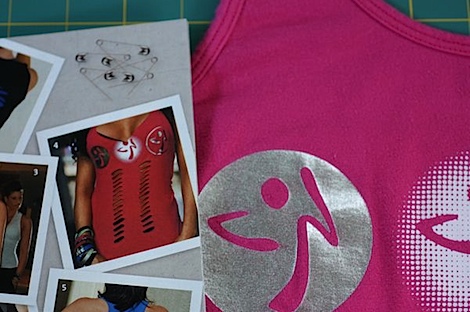 I found this fabulous design in my Z Life magazine. NOTE: I did not design this tank top, I’m just trying to provide some pointers for any one else who wants to re-create the look like I did.

In fact, Z Life has a nice tutorial on their web site (click to view) for some of the cutting, but I thought I’d share some extra photos for some of the stuff they don’t detail out.

The top I liked from the magazine featured a deep V front halter. 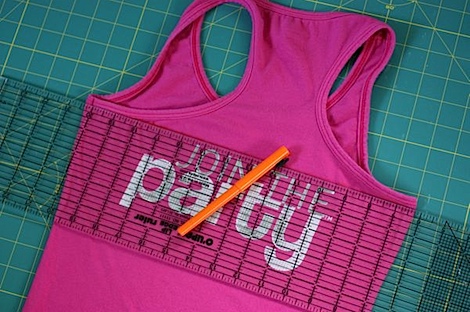 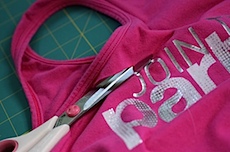 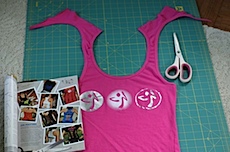 After having practiced on a cheaper tank top, I was comfortable cutting up a zumba top. I followed the Z Life tutorial to get the halter style top out of my racerback. 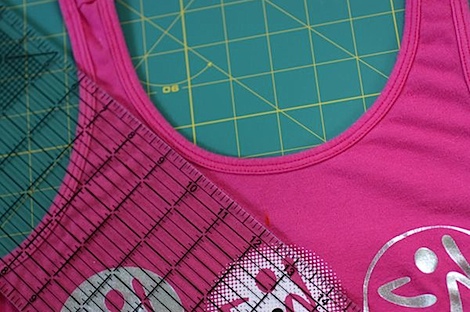 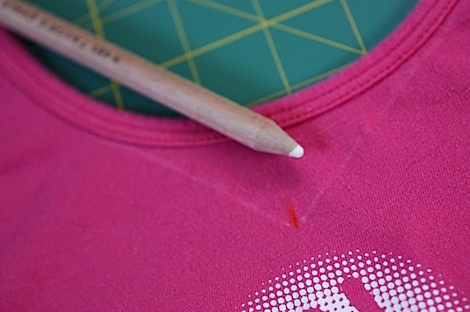 To get the V, I marked as low as I wanted to cut and in the middle of the tank top with a highlighter (I didn’t go as low-cut as the magazine example). Then, I used my cutting edge to draw a straight line from the top edge of the tank top to the point. 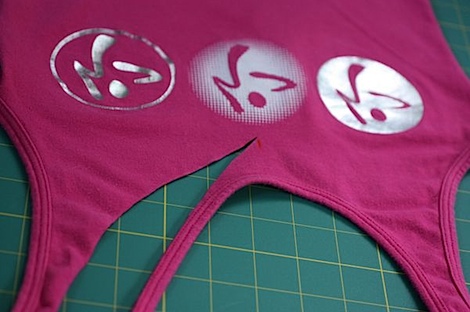 Using a sharp pair of scissors (that haven’t been used to cut paper), I cut from the inner edge of the tank top top seam to the point 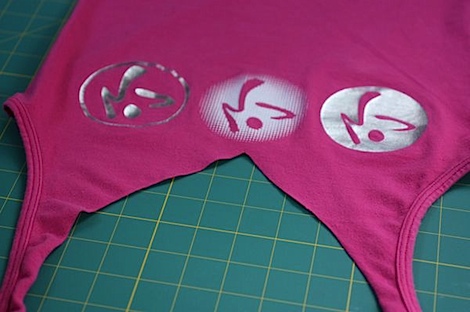 and repeated on the other side. 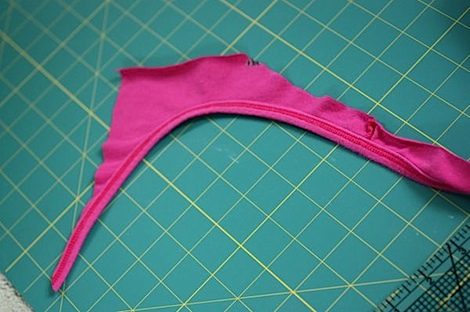 I left the other edge intact. I think the tutorial said to cut along that seam, too, but I didn’t want my straps to be too narrow, so I left it. I cut the straps as long as they’d go – rounding out the top edge. I figured it was better to have more strap than less as I could always cut more off but it would be harder to sew it back on.

Cutting the Front Lines Down the Middle

The top I was trying to re-create also featured short lines down the front of the tank top. 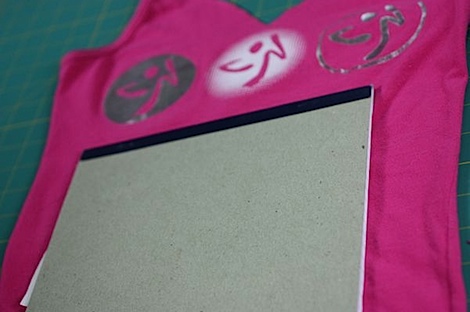 I put a pad of paper inside my tank top to prevent my rotary cutter from going through to the back of the tank. 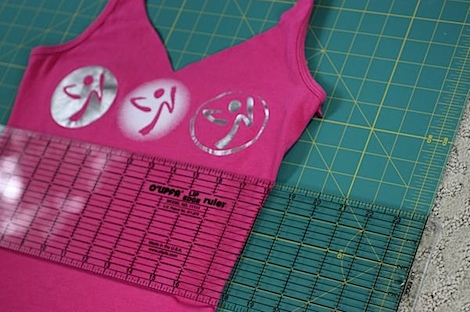 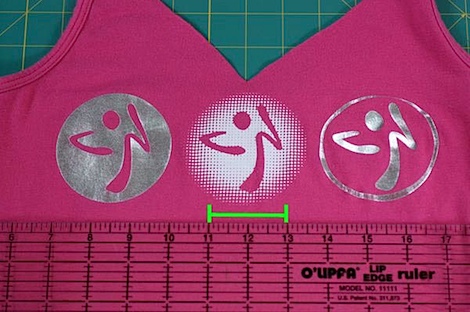 Note my edge tool is straight across the top and even horizontally. The 12 marks the middle of my tank. I measured out about 2 inches of space between each column of lines. 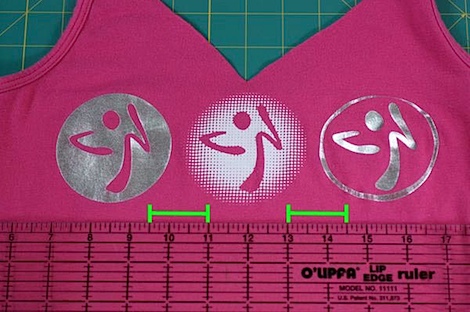 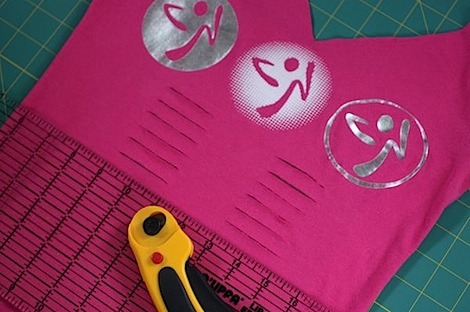 I made my cuts in 1/2 inch increments. 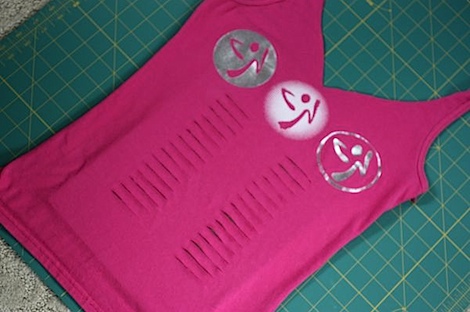 And I repeated till I had 15 rows of cuts.

Now just tie up your halter and get thee to a zumba class to rock out your new tank top! 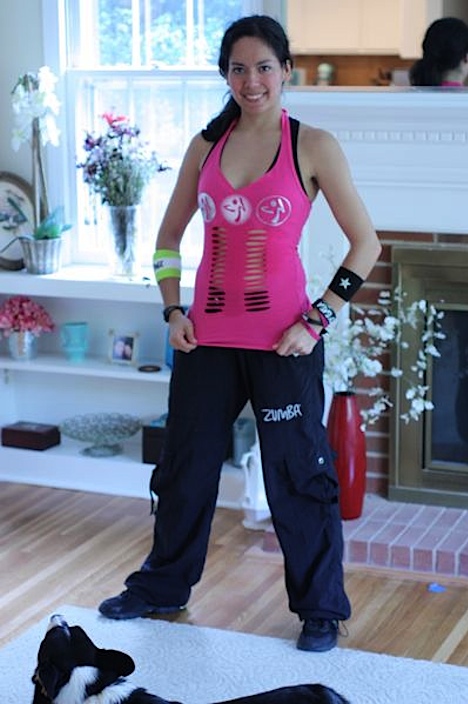 Can’t wait to cut some more tops! Hmm…what to cut next!? 😆