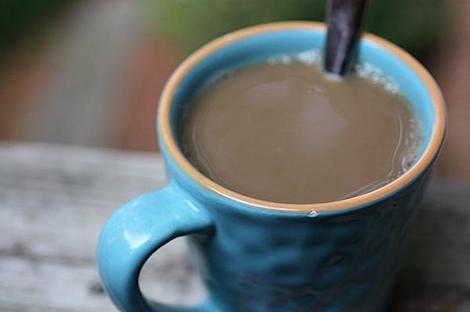 No, not with this delicious Don Pablo coffee…. 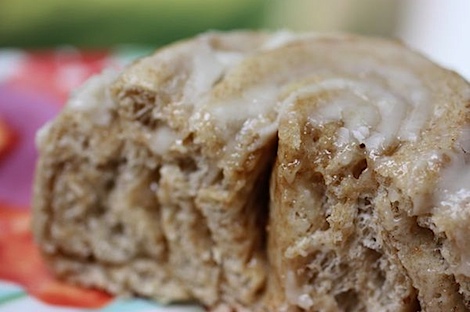 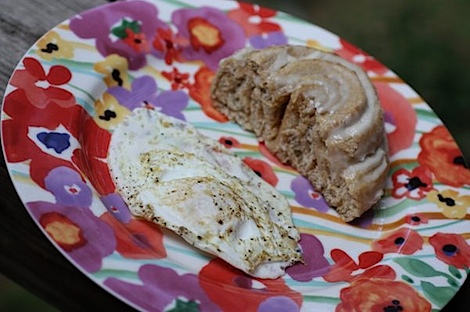 My parents know this is nothing new.

Even as a child, I had a tendency to latch onto a food once in awhile and eat it till I was sick of it. I did that with macaroni and cheese and even raisins. Mac and cheese I still love but I must have eaten a whole heck of a lot of those raisins because I still dislike them. Ahh c’est la vie. Plus, it could be worse…I could be eaten processed “baked goods” out of a vending machine. Blech!

A cage-free fried egg helped keep me full till lunch. The only thing missing was the smoothie that I wasn’t quite hungry for until later in the day. 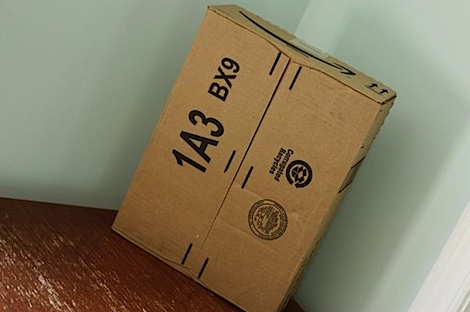 I got a package!

Unfortunately, it wasn’t my new zumba shoes (that hole is driving me crazy!), but it was pretty cool! 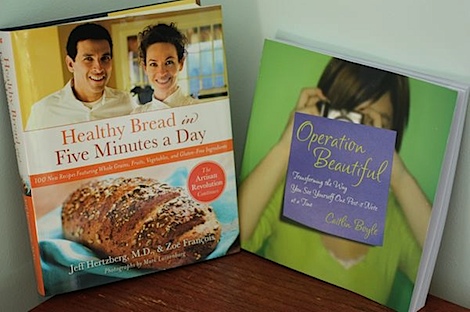 I got Healthy Bread in Five Minutes a Day and Operation Beautiful!

Can’t wait to dig into these.

I’d say the bread book would make for a great weekend project, but I’m going to be in Chicago! Woot woot! 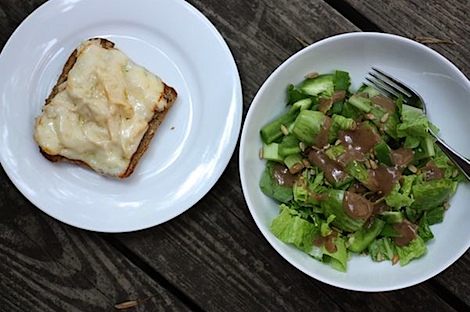 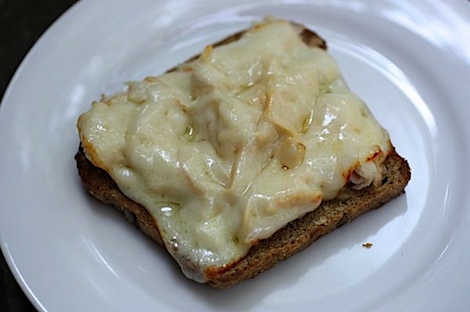 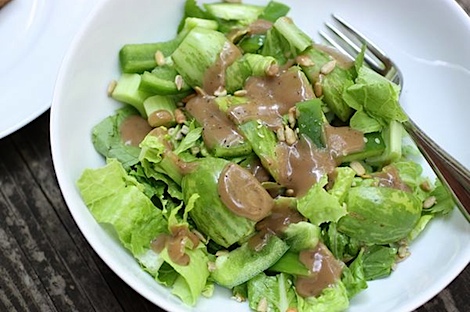 Lunch was a chicken melt on Dakota with a very GREEN salad.

It looks like just lettuce, but there’s a lot of good stuff in there: 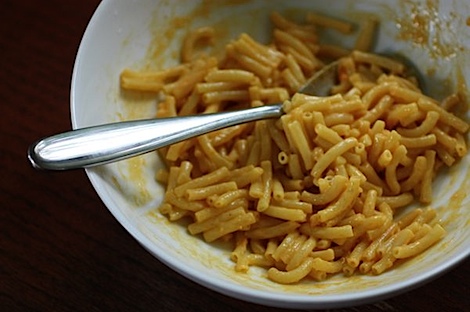 And later… since I’m not sick of it – some Annie’s instant mac and cheese.

Have you ever eaten something so much you made yourself sick of it? What was it?