How We Almost Missed the Foodbuzz Street Food Fare 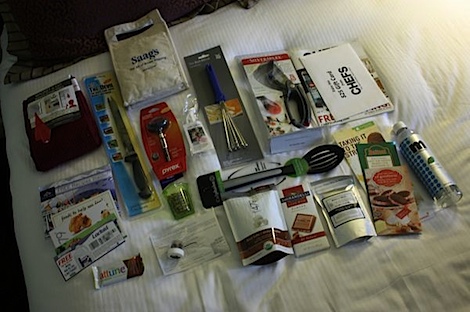 How’s that for a swag bag? We had some snacks, some kitchen tools, coupons, recipes, and other fun things. I’m really curious to see how the knife works out. 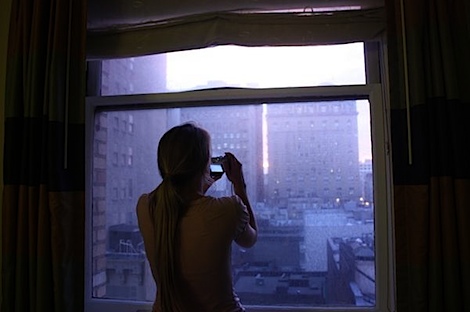 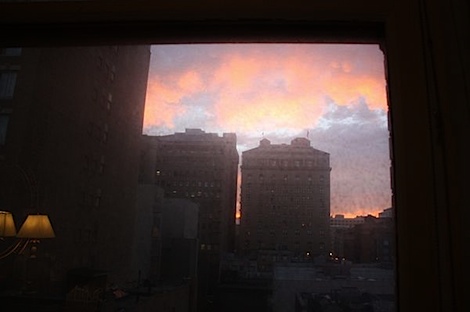 Julie and I snapped some photos of the sunset before getting ready for Friday night’s big street fare. 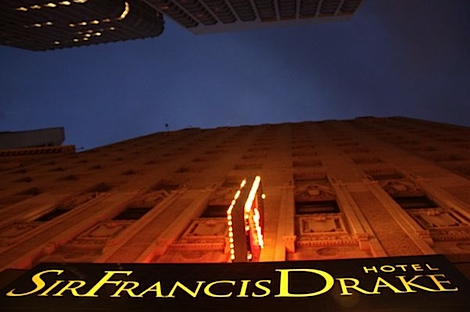 Unfortunately, we waited underneath this sign for our shuttle for about 25 minutes before deciding, you know what…that shuttle probably isn’t coming. We got there about 6:20pm and apparently the last one left at 6:00pm. Whoops. For some reason we thought they would be running continuously.

So, we figured…ok, we’ll have to spend money, but we’ll just take a cab. We asked the guy at the Sir Francis Drake to hail us a cab. Little did we know that it’s almost impossible to hail a cab on a weekend-night in San Francisco. Who knew the taxi cab system was so crappy?

We tried moving to various locations around Union Square. We even tried waving down cabs. After a homeless guy took pity on us and started helping us try to get a cab, we realized you may have to yell at the cabs to get them to stop. So we added a loud “Taxiiiiiii!!!!” to our arm-waving. Too bad every cab that drove by already had people in them already. I couldn’t help but check the #fbzfest hashtag on twitter to see what I was missing and oh was I getting sad to not be with my friends and all the yummy samples! It was a bit heartbreaking to know there was a party going on where we were supposed to be and we couldn’t, for the life of us, get there no matter how hard we tried!

Oh, and that little light on the top of the car that’s supposed to tell you whether they’re available or taken…yea…they didn’t really use those. After moving to about 10 locations and waving/yelling/considering jumping in front of about 40 cabs, we gave up and decided to take the trolley… 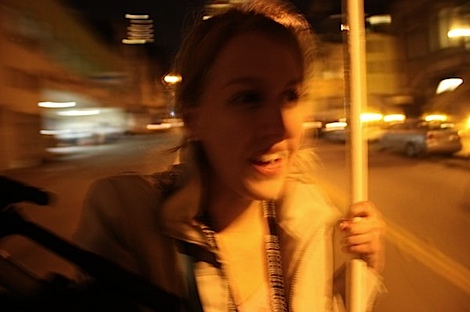 Finally! We were on the way to join our friends! 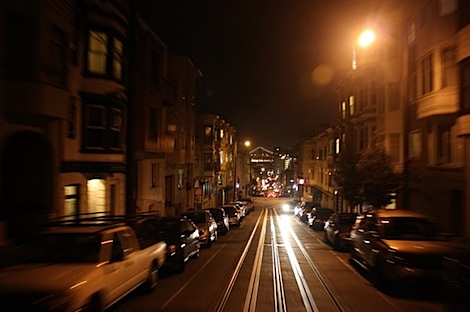 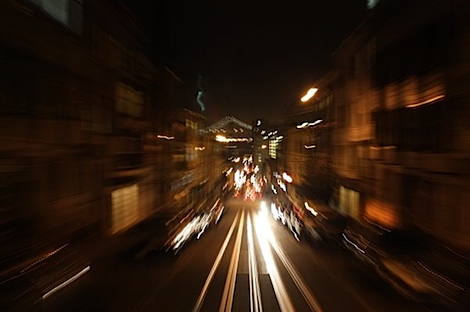 We ended up having to hail a cab, which we thankfully did pretty quickly, and THEN we were finally on our way. 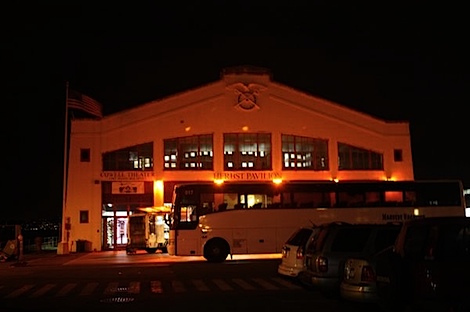 I didn’t believe it till we saw it, but there it was…the Hearbst Pavilion at Fort Mason. 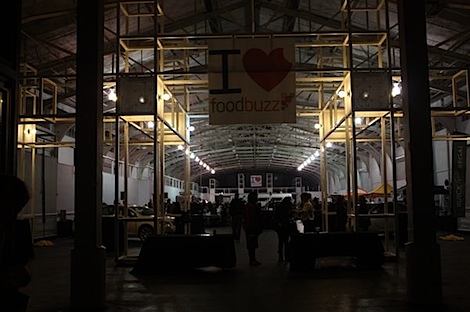 It was 8:15 pm by the time Julie and I finally got there. 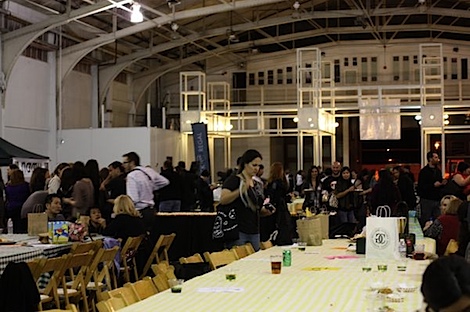 We were tired, stressed, and starving, but luckily we had friends to calm us down and plenty of eats. 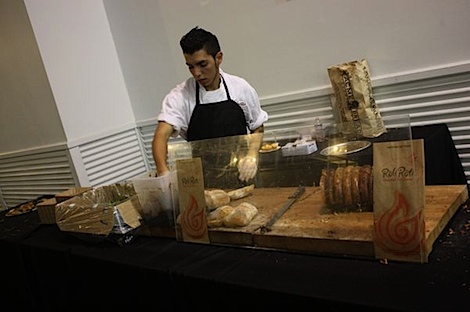 We dug right in to the first eats we saw. 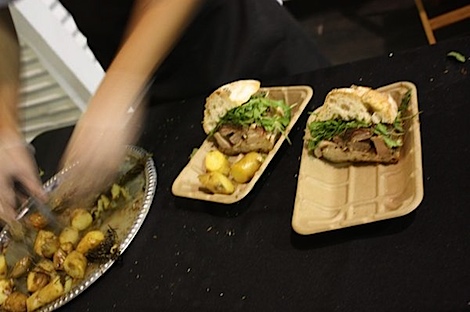 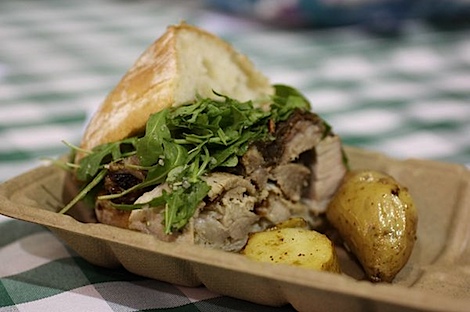 Roli Roti Pork Sandwich with roasted potatoes. The potatoes were nicely cooked and the pork was very flavorful. 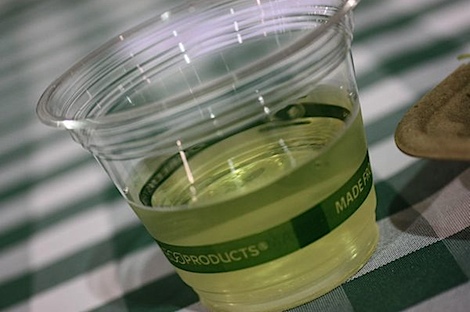 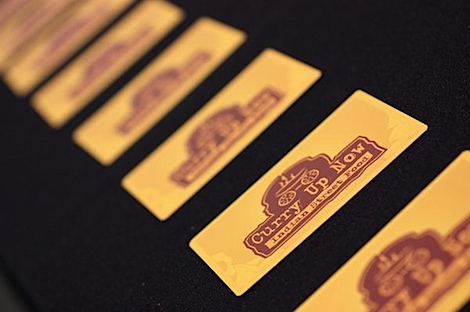 Possibly my fave – the Curry Up Now. 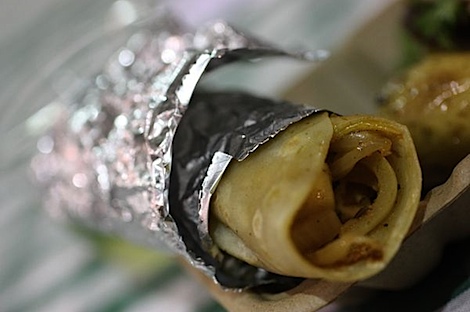 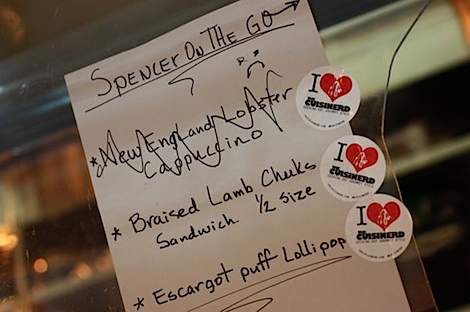 I was sad they were out of the Lobster Cappuccino… 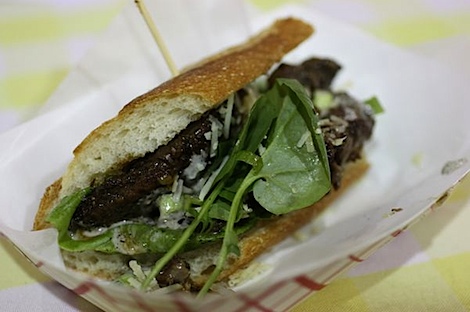 But, I did try the Spencer on the Go Braised Lamb Cheek. 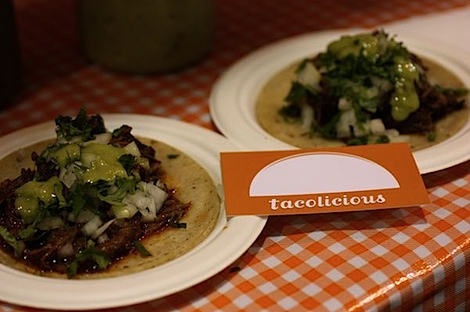 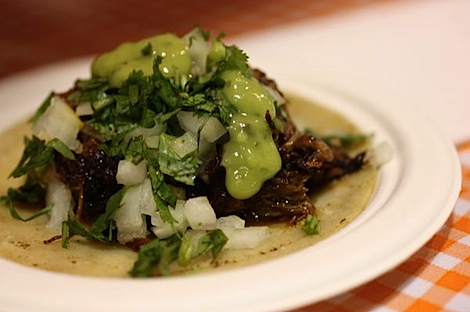 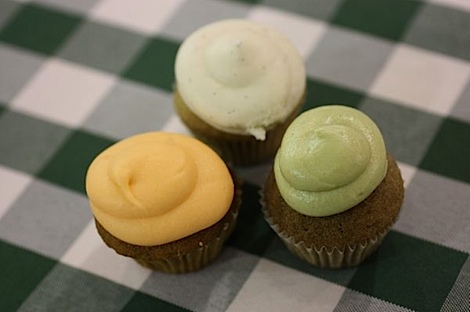 And dinner wouldn’t be complete without dessert – 3 mini cupcakes. 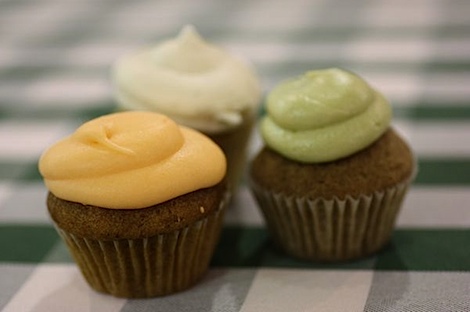 Pumpkin Cream, Vanilla, and (what I thought was green tea but was actually) Spice.

And you’ll never guess…we actually managed to grab the shuttle on the way home. Yay!

Saturday was a full day…more in a bit!

Did you go to Foodbuzz? What was your favorite dish of the street fare?