I put an interesting twitter poll up today after seeing some interesting responses to a question I asked on my Facebook page (which just passed 400 Likes – yay!).

The poll asked: who are you pulling for today?

Most people said Glee! Yes! Nice guys. I love it!

So, did most of you have a fabulous super bowl party? I hope you did. 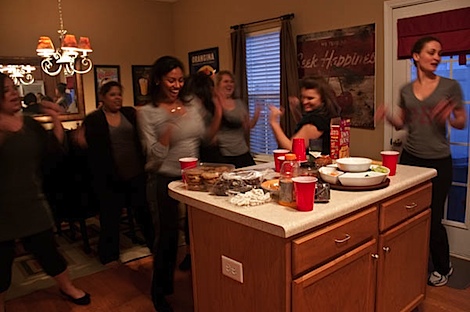 I ended up participating in a Super-Dance-Bowl Party instead. Details in a minute. 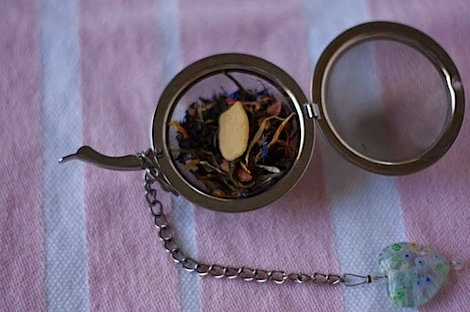 First some randomness. I think I found a sliced almond in my tea leaves today. Can you make tea with almonds? I think this needs some research and a potential cooking experiment. 😉 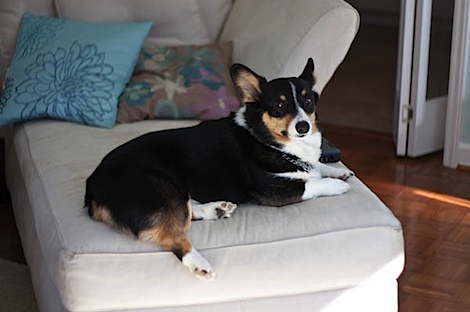 Bailey was really working it today. 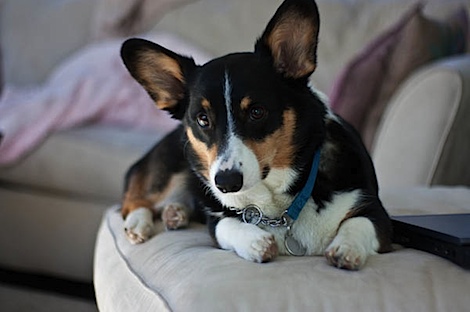 I guess he really wanted me to take some pictures to share with you all. 🙂 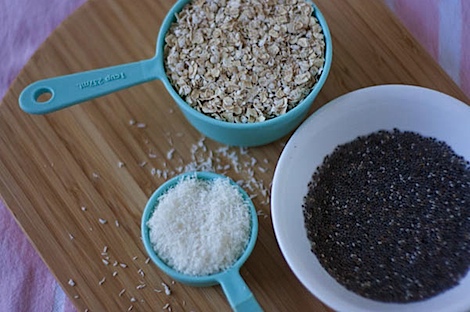 I spent most of my afternoon blogging and baking – two of my favorite things! 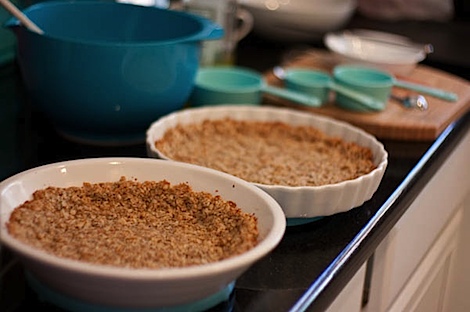 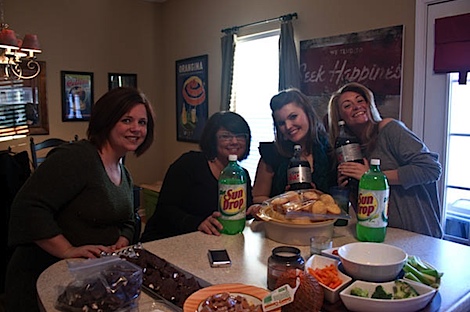 After finishing my sweets, I packed them up and headed to Erica and Toya’s house for a Super-Dance-Bowl party. 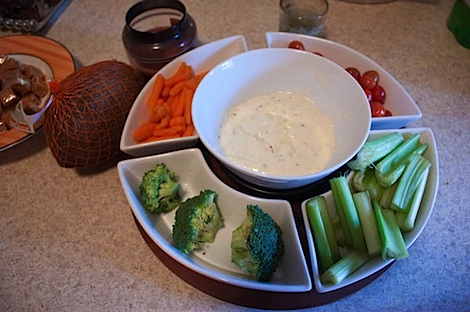 So what is a Super-Dance-Bowl party you may ask? Well, like most parties we have snacks… 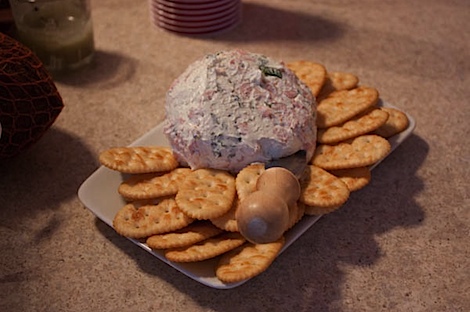 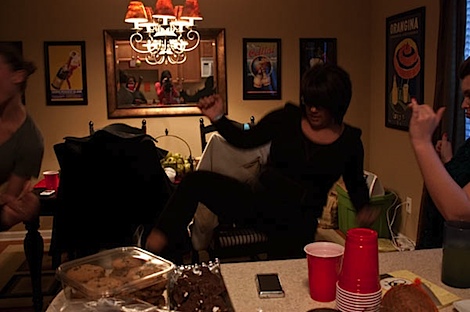 But we also have dancing. 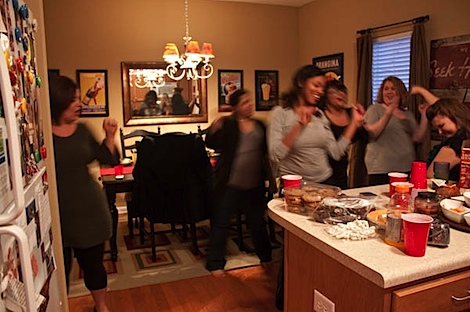 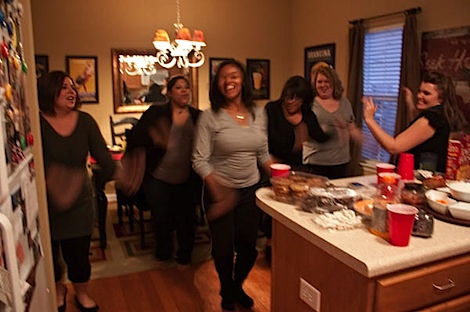 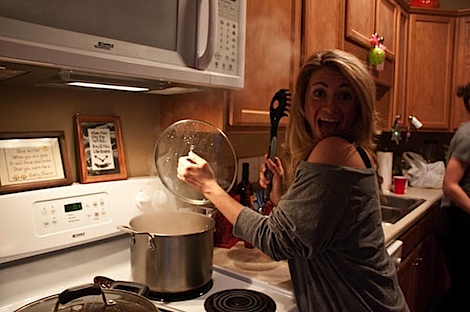 Erica made a fabulous turkey chili for dinner. 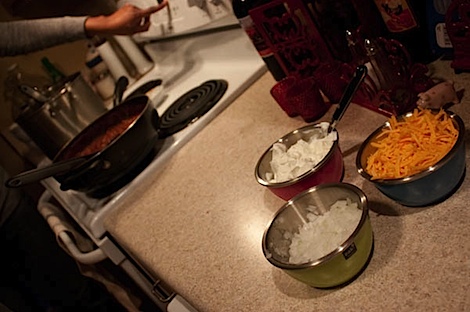 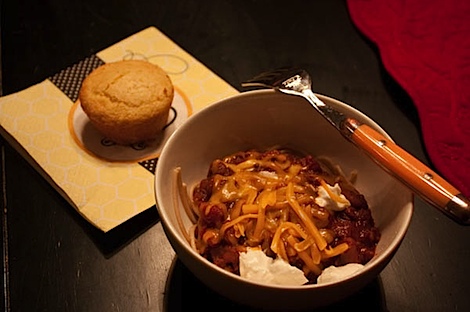 I especially liked how the chili was served over spaghetti noodles! I learned this was “Cincinnati chili” on Diners, Drive Ins, and Dives. 😉 Though it looked tasty on the triple-D, I never thought to make it at home. I may have to have all my chili this way now, though. It was awesome! The flavor was great and I loved the melty cheese on top. Corn muffins were a must-have side. Yum! 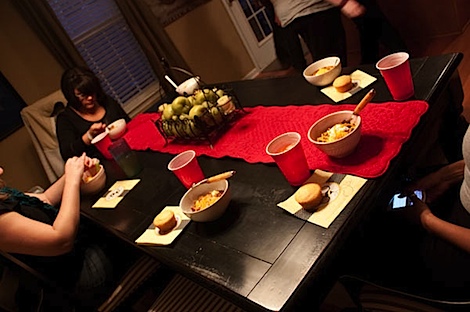 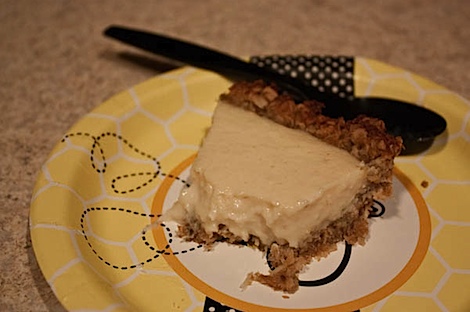 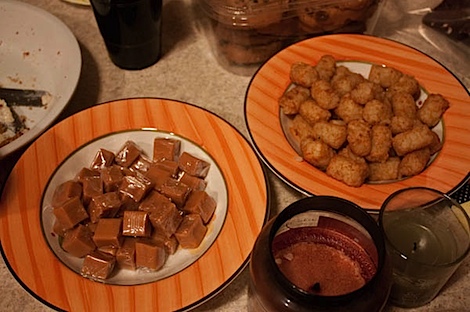 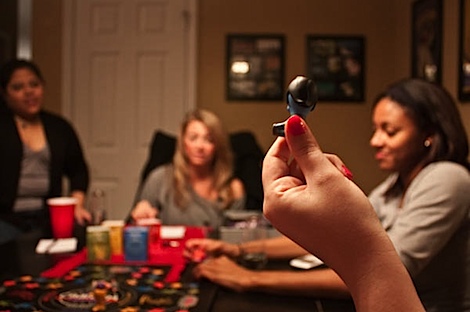 Games = Cranium and Apples to Apples. 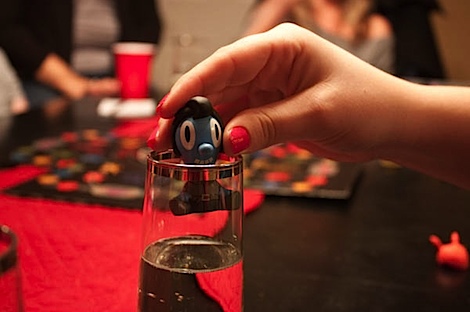 Our Elvis character wanted to go for a quick swim in some champagne. 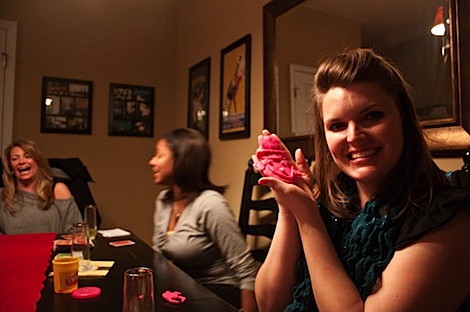 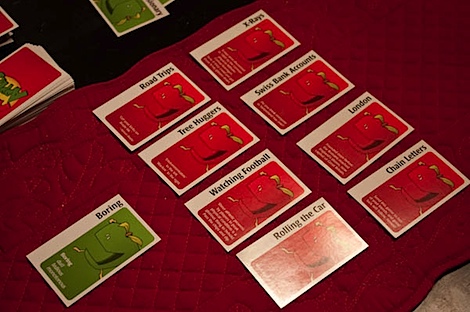 Check out my winning Apples to Apples hand. The key word was “Boring” and I threw the red card down for “Watching Football.” What do you expect from a group of girls who would rather dance and play board games than watch football? lol 😉

I learned tonight that I’m pretty terrible at Apples to Apples. Have you played it? I also learned that I really like it. Hubby and I have been saying for awhile that we want to start having “game night” and inviting friends over…maybe we’ll start by buying Apples to Apples? We’ll definitely have to play Pictionary because that is my favorite!

How did you spend your Superbowl Sunday? And of the 4 options on the poll above, who were you pulling for??