Hubby and I met up with a couple friends for late lunch snacks (food to appear later in my SCBR daily journal entry). The place where we ate was in a popular shopping center, so we looked around at a couple stores. 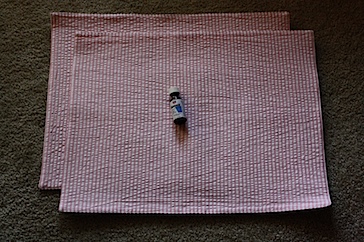 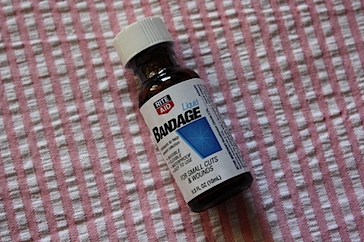 This is to cover the minor cut I got on my finger the other night. The stuff is pretty cool because you just brush it over your cut and it covers it in a clear finish. My fave part about this is that I can wash my hands without having an icky, soggy bandaid to deal with or replace. It does feel a little weird on my finger while I type, but better than the other option.

Stuff I want to buy:

I have a lot of stuff that I want to buy at the moment. I’d like to say that they are “needs”, but I don’t think they really are. “Old Diana” probably would have already purchased all this stuff, but having learned my lesson the hard way about credit cards, I am working on doing better with my money and only spending it when I actually have it to spend. I’m working on not buying the stuff I want till the end of a given month and seeing how much I actually have left to use, so we’ll see what I end up getting.

The cool thing about budgeting monthly is that I can see what fits and doesn’t fit within my budget. It’s sort of like a puzzle except I have more pieces than I need, so I have to choose what pieces to put in the puzzle. Same with the money…I have to choose what things I like/need over other things and prioritize my purchases. The “choice” is the key and being careful is what’s going to get hubby and me into a house!