Spaghetti With Chard and Parmesan

I’ve spent the last couple days trying to figure out what the heck to do with the green chard that I got in Monday’s produce delivery. To be honest, I’ve never purchased chard to cook. I’m not sure I’ve ever eaten it, though I think chances are good that I have and didn’t know it. My dad always tried to sneak healthy ingredients into my family’s food when I was a kid (and still does now).

Anywho, I finally settled on a recipe I found on foodnetwork.com by Giada – Whole Wheat Spaghetti with Swiss Chard and Pecorino Cheese. I had to sub out a few ingredients based on what I already had in my kitchen. I decided to make Spaghetti With Chard and Parmesan. I thought I had wheat pasta on hand but only had regular and with the tight budget I have for the rest of February, I didn’t feel like getting more. 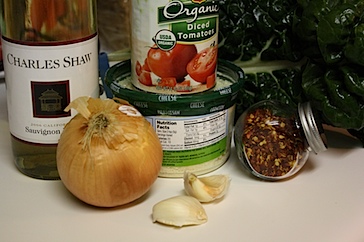 I got to use a lot of pantry ingredients for the dish and two that I bought yesterday. 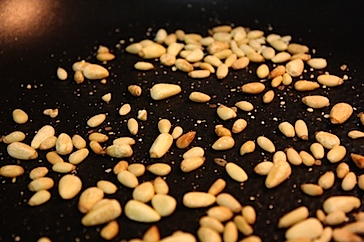 While I sliced the onions, I toasted the pine nuts (leftover from my Macaroni Grill dinner). 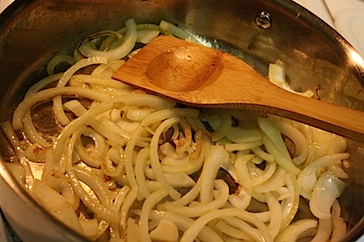 While the onions cooked, I cleaned and prepped the chard. 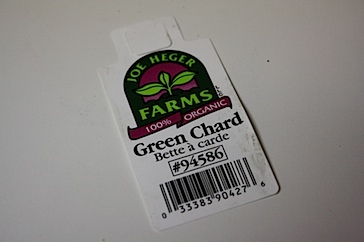 Apparently the “chard” I got in my delivery was “Green Chard.” I guess this is different than “Swiss Chard”? 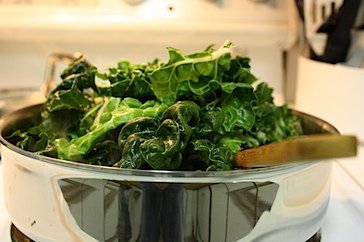 The chard barely fit in the pot… 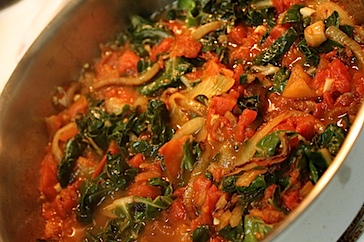 …but it wilted down nicely. 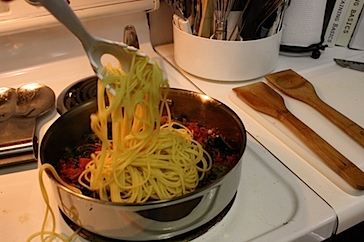 I timed the pasta to finish cooking when the veggies did so I could move the pasta straight from the boiling water to the cooked veggies…just like Giada. 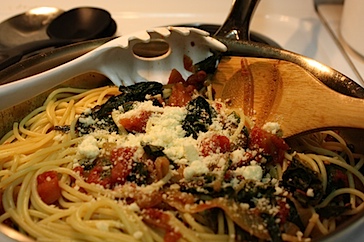 I decided to mix a wee bit of parm into the hot pasta. I like to use one forked utensil and one spooned utensil to toss the pasta. 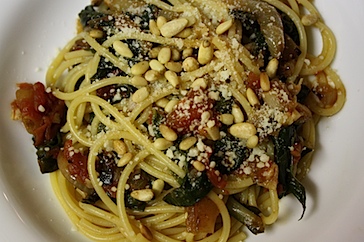 Spoon into a bowl, top with parm and toasted pine nuts, and enjoy! I thought this dish was pretty darn tasty and a nice way to use up pantry ingredients. You could easily sub another leafy green for the chard – I bet spinach would be wonderful! Make sure you use a good cheese since there are so few ingredients.

Spaghetti With Chard and Parmesan
Adapted from Giada DeLaurentiis’s recipe

Transfer the pasta to serving bowls. Sprinkle the olives, cheese, and pine nuts and serve.

2 thoughts on “Spaghetti With Chard and Parmesan”