After hubby’s surprise earlier, I still had a lot of work to do today – it was cupcake time. I couldn’t post this earlier because the cupcakes were for a potluck party (post next in line) and some of the guests and the hosts read the blog and I wanted the treats to be a surprise.

It’s pretty late here, so I may just do this post a series of pictures, since I still have 2 others I need to do. 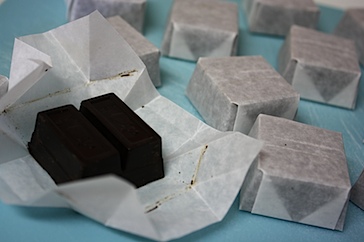 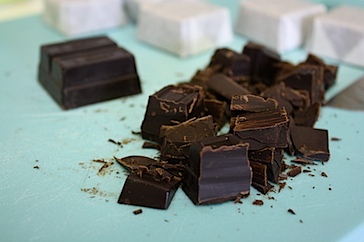 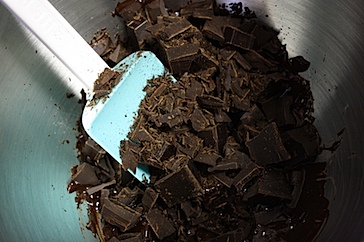 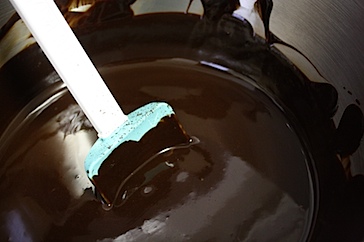 Melted chocolate. This is the base for the cupcakes and brownie square. 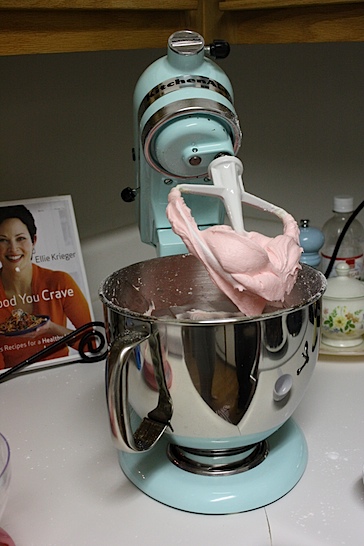 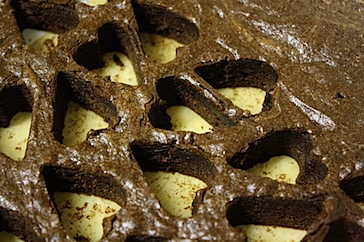 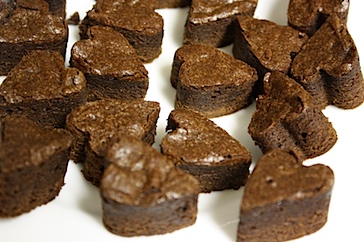 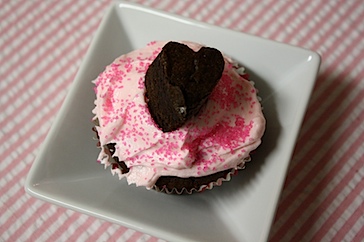 Adorable cupcakes. I made these cupcakes using a recipe from Martha Stewart Living February. The sprinkles were my own little addition. Both hubby and I adore sprinkles! 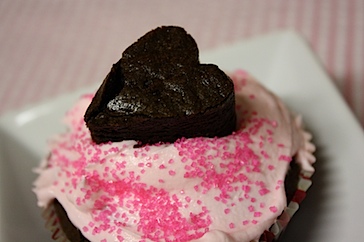 A closer look at the sprinkly, brownie heart goodness. Yum! The cupcakes actually came out a little dry, but the frosting was divine and the brownie hearts were pretty moist. 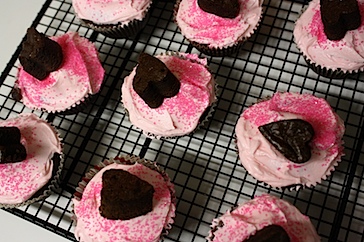 The recipe made a ton of cupcakes – 24 to be exact. There were plenty of leftovers from the party, so I’m sure to have some happy co-workers on Monday.

Reader Question: Did you make anything special Valentine’s treats this weekend?