Saturday morning started a bit on the late side after staying out late having fun with my zumba friends and hubby’s friends. 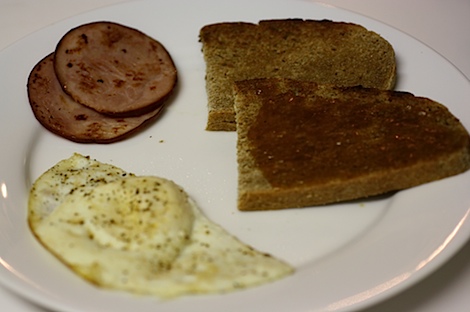 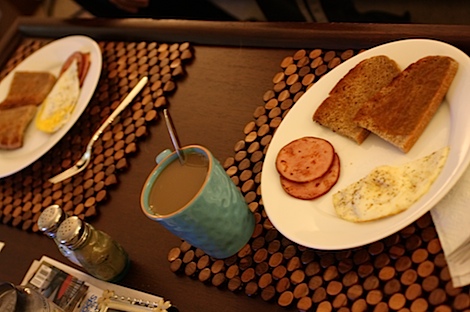 Knowing I had another long day ahead of me, I fueled up with a healthy breakfast of Canadian bacon, 1 fried cage-free egg, and a piece of Great Harvest Honey Whole Wheat toast 1/2 with butter and 1/2 with TJ’s pumpkin butter…plus, a nice mug of hot coffee.

My friend is Diana (yes, another Diana) and one of my best friends I grew up figure skating with. We’ve known each other for soooo long, so it was really touching to be there for her special day. 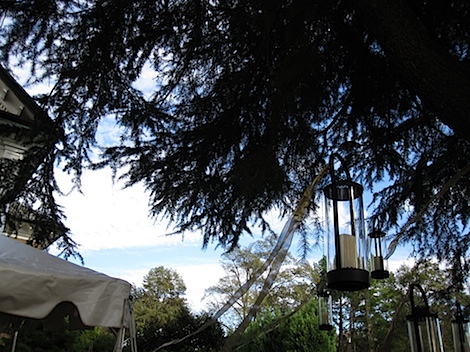 The day started gloomy but the sky cleared up in the afternoon.

I got to my friend’s wedding with 20 minutes to spare, which was nice because I hate being late for things. 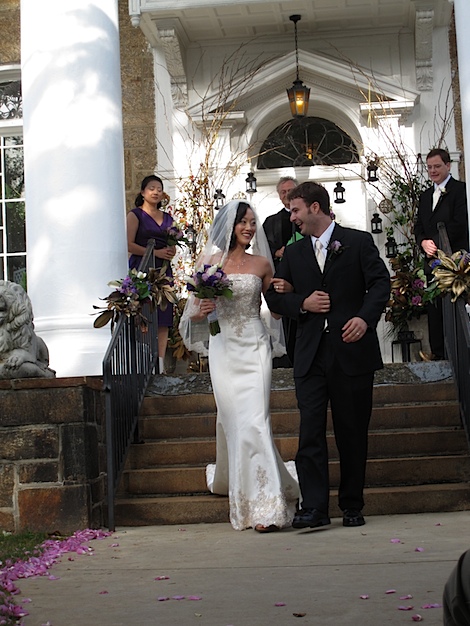 Just married! They look so happy! 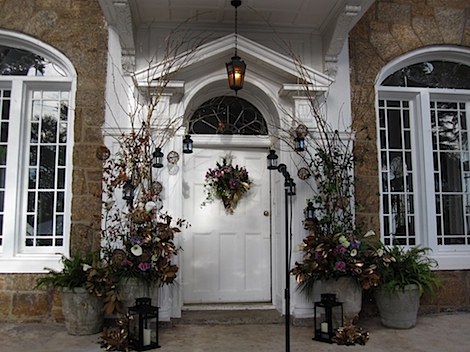 The wedding mansion was decorated so nicely. 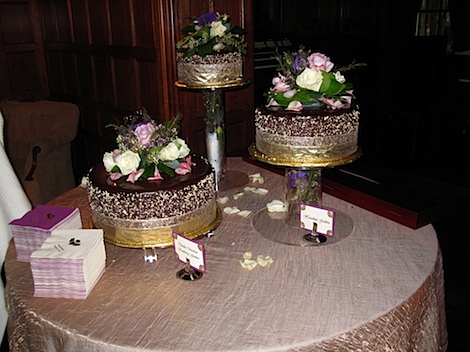 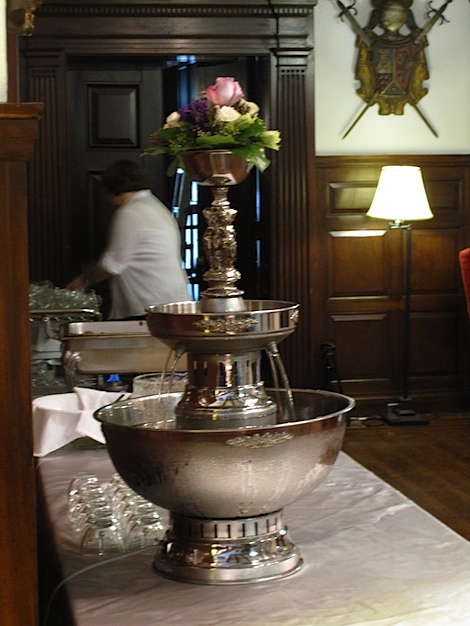 After the ceremony, we were directed inside to enjoy hors d’oeuvres. They had a neat drink fountain – not sure what was in it. I chatted it up with some old friends – one of our other best skating friend’s parents, another fellow figure skater, and 3 of my old figure skating coaches. It was so nice seeing them and everyone looked just great – so healthy! It was so nice to see everyone doing so well…especially the beautiful bride and her glowing family!

While everyone waited for the bridal group to do their photos, I snuck over (while they were wrapping up their photos – only after the dad waved me over) to say goodbye to the bride and her parents…and to meet the groom. I had already told Diana ahead of time that I wouldn’t be able to stay for the ceremony. Diana’s parents asked me if I wanted to stay, but I said I had to be going. I took a couple quick photos with her (on the professional photographer’s camera), and hugged her a few times before telling her I was leaving.

I headed back inside to hit up the restroom before hitting the road. Diana’s mom passed me while I was waiting for the restroom and asked if I wanted to stay to eat. I thanked her but said I had to get on the road. I felt honored that it seemed she really wanted me to stay. Shortly afterwards, I realized 1. I really wanted to stay for some of my dear friend’s reception and 2. that I hadn’t timed things well because by the time I got to the other reception, it would be 8pm and they’d probably be done eating. I think I really just wanted to stay for my friend’s reception more than my rational self would realize.

I left the mansion and would you know it…I ran into the bride’s parents and her sister (the maid of honor) on my way out. They persuaded me to stay one last time and I decided to take them up on their offer. I knew the other figure skater who had been at the ceremony had to leave for another wedding, so I found the table of skaters (where she would have been sitting) and happily joined them. 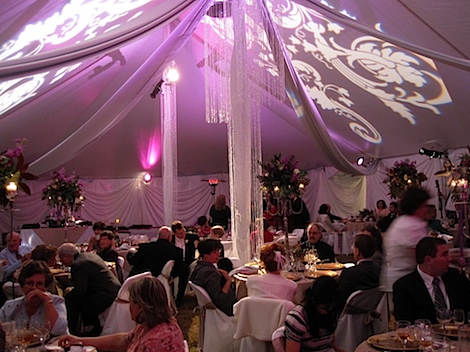 They set the reception up in a tent connected to the mansion. Inside, it was soooo BEAUTIFUL! I loved the shapes on the top of the tent walls. 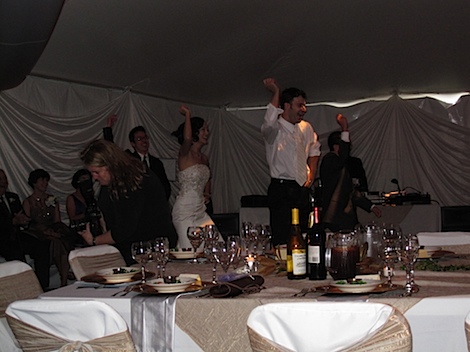 The bride and groom started out with a traditional first dance, which ended up becoming a mix of many fun songs. Their slow dance turned into a latin dance and moved all the way to Jump On It. It was so neat. They were very creative. 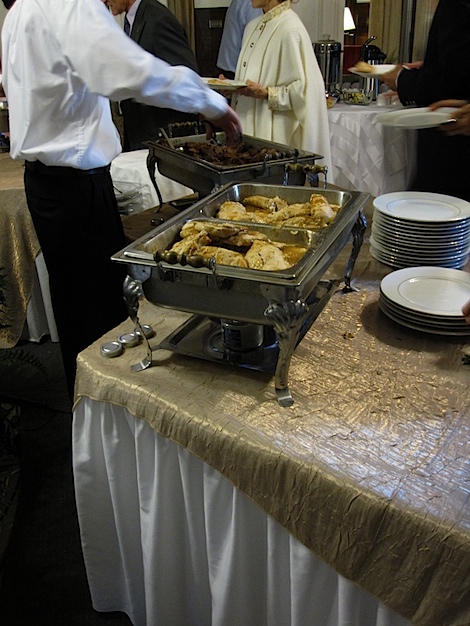 Dinner was an awesome display of yummy foods. 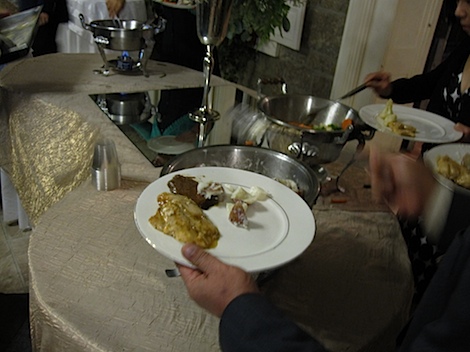 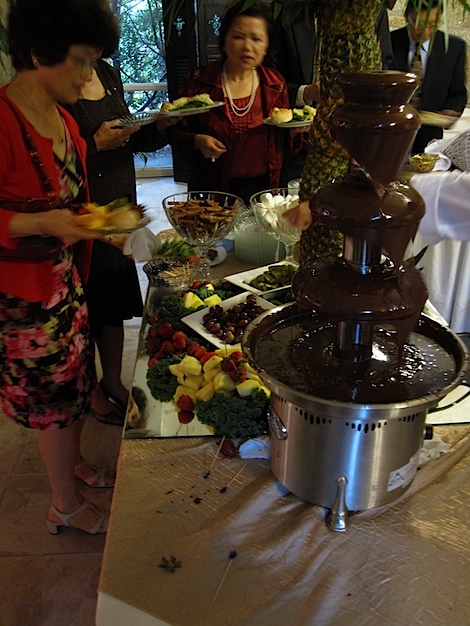 There was even a chocolate fountain. 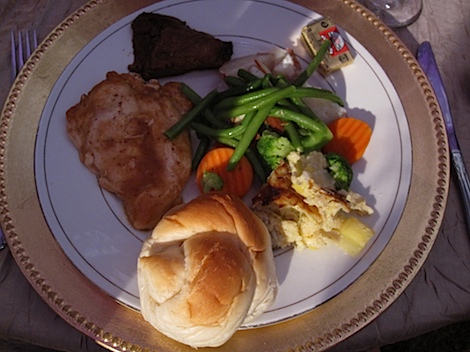 I had a little bit of everything: BBQ chicken, beef, lots of veggies, squash casserole, potatoes, and roll with butter. The food was AWESOME. 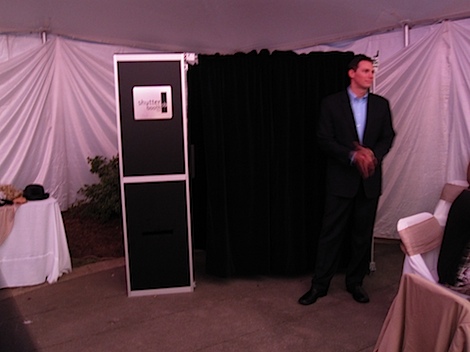 I grabbed the bride (who was surprised by happy to see me still there) for some quick photos in the photo booth. 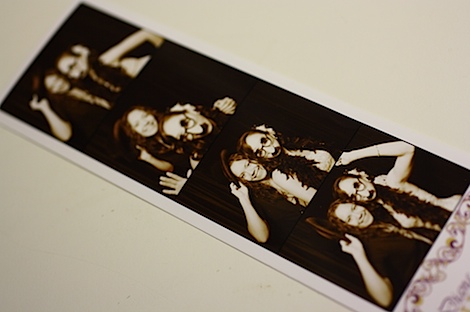 The photo booth came with props – it was super fun. 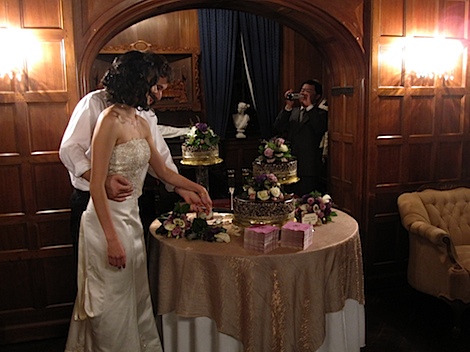 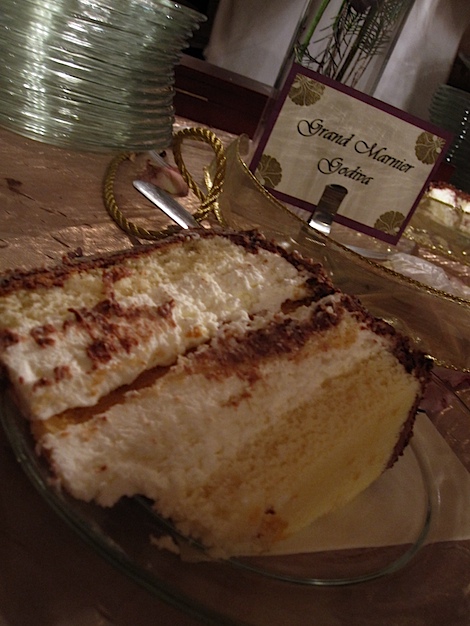 There were 3 cake flavors – I went with the Grand Marnier Godiva. 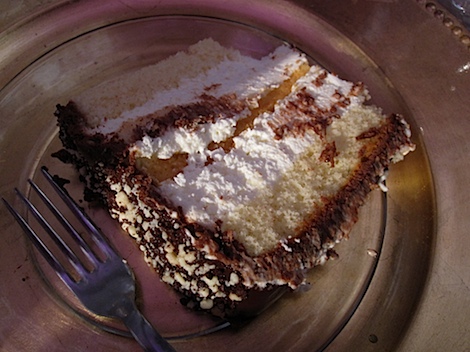 The cake was superb!

After the cake and some hot coffee for the road, I said a real goodbye to the bride and groom and hit the road to go home for the second reception. I was so glad to have been able to stay for some of Diana’s reception because I could tell it meant a lot to her and her family for me to be there while I was just honored to be there, myself.

I caught up with a sorority sister via cell phone on the ride home, and it was nice to talk to her. We have a sorority event coming up in a few months and we brainstormed some ideas for the committee she’s chairing.

Two hours later and I was back in town and quickly made my way to the other reception. It was about 10 till 10pm when I got there. 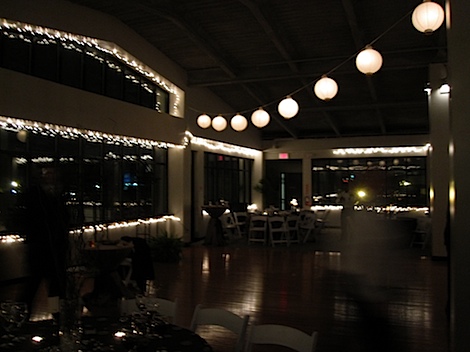 I made it just in time to catch the last dance with hubby. Doh! I didn’t think the reception would end at 10pm! I did get a chance to hug the bride and groom and wish them Congrats. 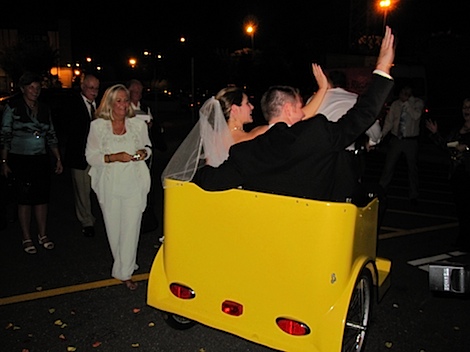 Before I knew it, they were off.

We ended up meeting them and some other friends from the reception at a local hotel lobby/bar area to hang out some more. We stayed for a bit, but after my long day, I wasn’t able to stay up super late.

After some QT with hubby’s friends, we headed home to call it a night. Phew! Long but most-AWESOME Saturday! 🙂

Congrats to the newlyweds: Diana + Jimmy and Vicki + Tim!