The day totally escaped me today. I meant to do my spelt banana bread post before heading out to watch the Superbowl with some friends, but we ended up barely finishing our dessert we promised them. 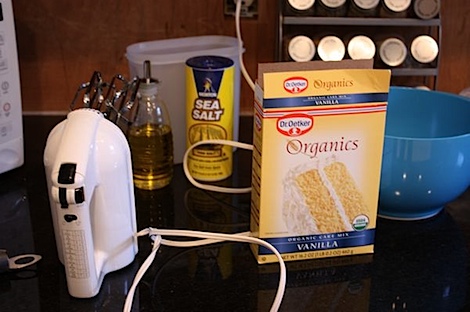 Cupcakes: I found this Dr. Oetker organic vanilla cake mix at Earthfare and decided to try it out for tonight’s big event. 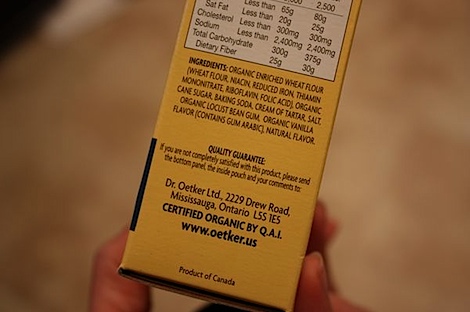 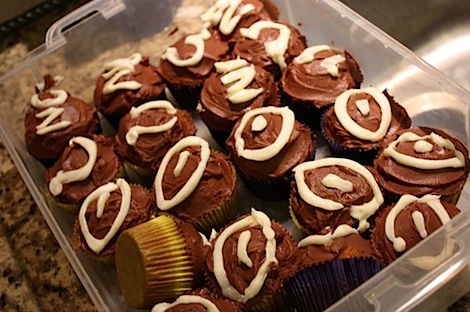 Frosting: I made the Hershey’s chocolate frosting following the recipe on the back of an unsweetened cocoa mix container and made a separate batch of basic buttercream. We stuck the plain buttercream in a plastic bag and I attempted to decorate the cupcakes with footballs. Hubby suggested doing some Colt symbols and some “NO’s”. They all came out meh.

Perhaps I should dig out that cake decorating set my mom got me awhile back? lol 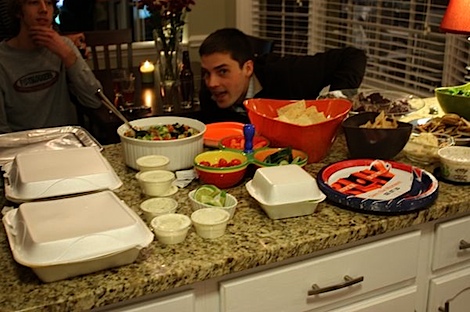 We got to Kate and Nate’s house a little late, but just in time for food. 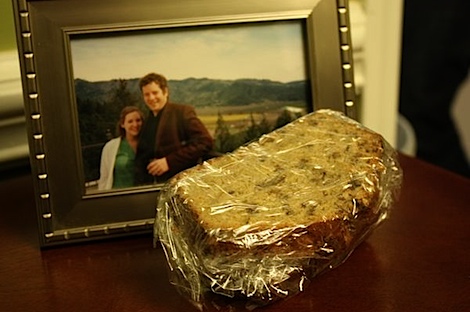 I brought some of my spelt banana bread as a host/hostess gift. 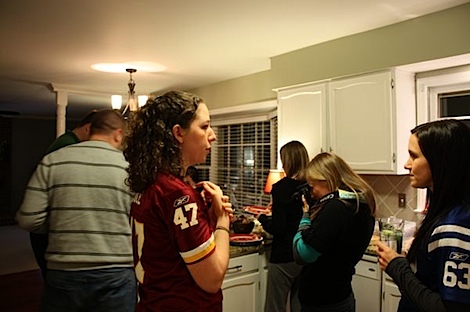 We all gathered in the kitchen to dig into the food.

My favorite part of this group is how everyone has similar eating styles – a tendency towards the healthy eats. Tonight I heard “Ooh, kale chips!” and “Ooh, salad!” Oh yes, my friends rock. 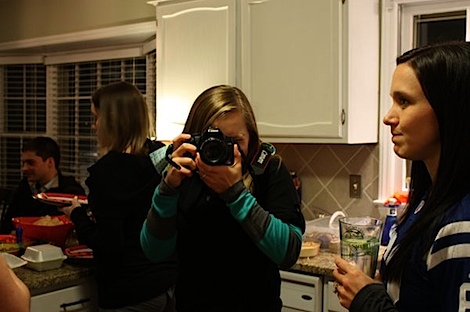 Kath and I captured the night with our cameras. 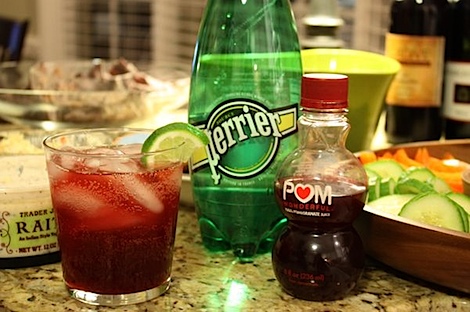 I had a pom + perrier with lime (and some with a little cherry juice) to drink. The drink was so good I ended up having 3! 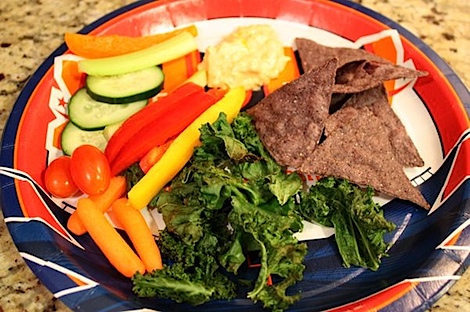 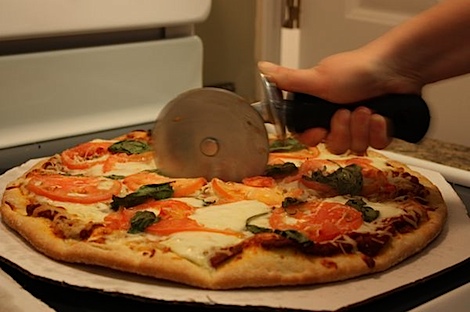 When the pizza came out fresh from the oven, I had to dig in. 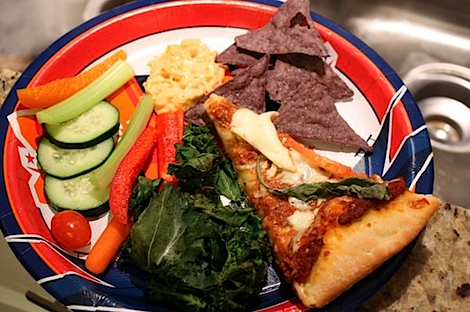 I snagged a piece of margherita pizza. 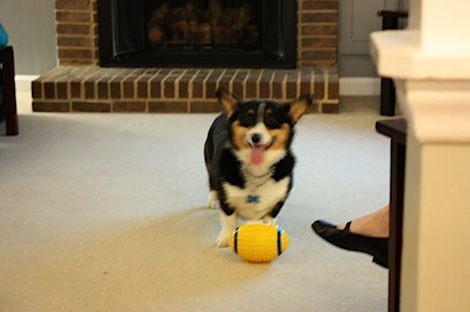 Bailey goofed off all night. He’s currently zonked laying next to me whilst I blog away. 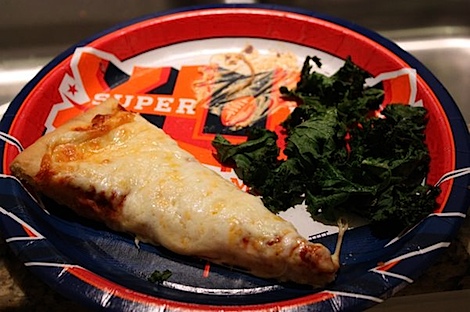 Round #2 – more kale chips and some fresh-from-the-oven cheese pizza. 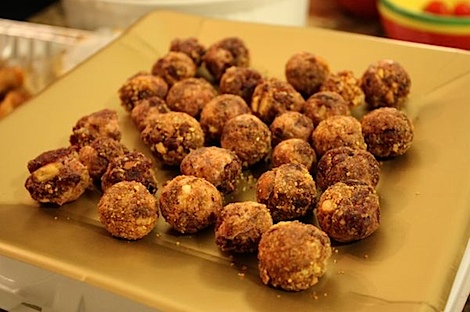 When Kelsey showed up with her goat cheese balls + crackers, I had to try one. 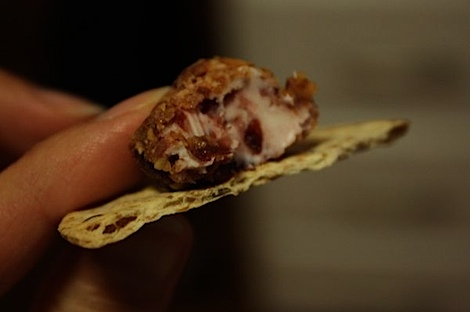 Yumm-O! (and I’m not even a big fan of goat cheese) 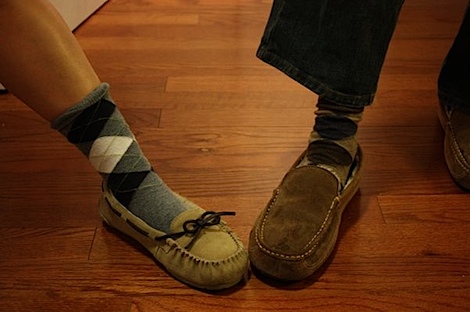 Random photo, but I LOVE Kath and Matt’s house slippers. They wore them to the party. So smart! I think I need some of these. 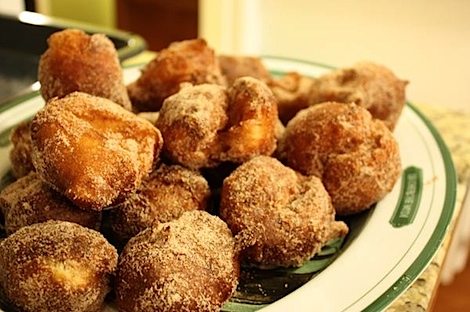 Once I was satisfied with the savory, I hit up the sweets – some zeppoli. 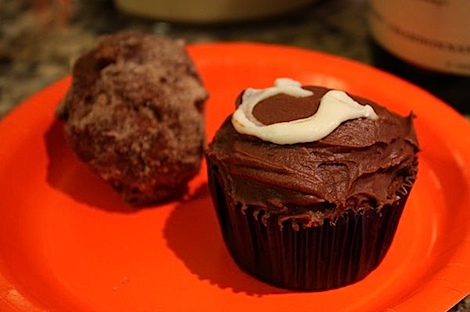 I had one of my cupcakes and a zeppoli. 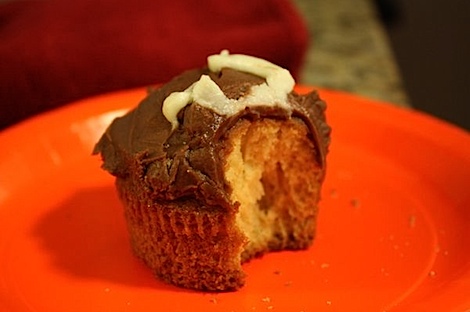 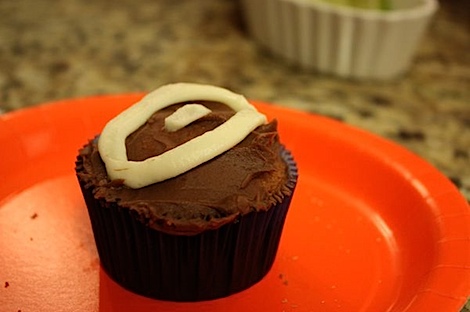 The cupcake was so good, I had to have a second. 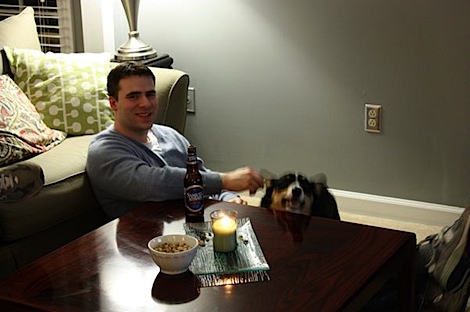 Hubby and Bailey found a nice spot to watch the game. 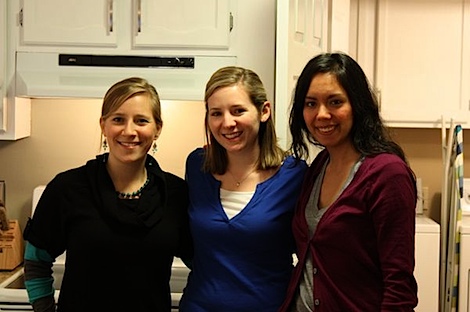 Thanks Kate and Nate for having us over! 🙂