Happy Tuesday all! Hope your week is going well so far! 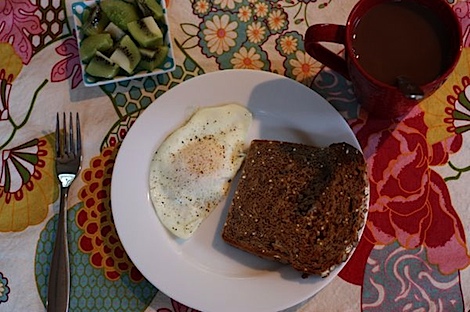 Hubby is on an egg-frying roll and made another fried egg with more Whole Grain Goodness toast with locally roasted coffee. 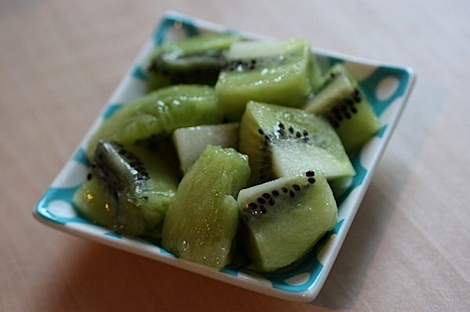 I added a side of kiwi for moi. 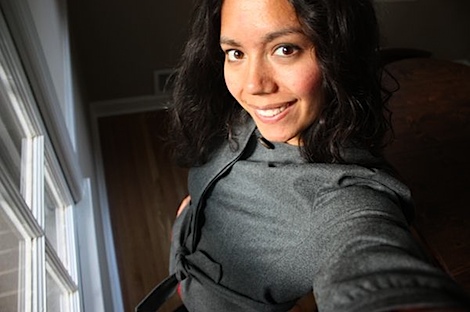 A bunch of my bosses were in town today, so I got extra dressed up for work. I even wore a suit jacket! Hazzah!

And while I have your attention, but on a completely un-related note, do you read Hyperbole and a Half or The Oatmeal? If you don’t, you should because they are freakin hilarious!

These and other cartoon-based sites made me realize…you know…some things really can’t be captured with photographs. Sometimes you can’t take pictures of things…like memories or awkward situations or situations that you make up in your head that don’t actually happen or when all your bosses are in town with you in a conference room for many hours in a row and you don’t want to look like a total weirdo taking pictures of yourself in the corner. Sometimes, even though they’re not nearly as funny or interesting as the hundreds of other web sites that already do them, drawings can help you tell a story, just like photos, videos, and vlogs. Not to mention some things are far more interesting and dramatic when portrayed in silly stick figure drawings.

Like when I had a major caffeine crash today.

See, normally, I have 1 mug of coffee a day and that’s usually enough to get my day started upward and onward. But today, for whatever reason or another, I decided to have not 1, but 2 extra cups of coffee over the course of the day. Yikes. The result…

At first a supreme caffeine high whereby all work tasks and obstacles seemed like no challenge for caffeine-jacked-up-me. I was going to be productive!

Unfortunately, my caffeine high was quickly followed by a complete dip in energy, which triggered a downward spiral into sluggishness and confusion.

Ok, so that’s a lot more dramatic than it really was, but I definitely think 3 cups of coffee was not the best idea. I felt more tired than awake, as though the caffeine triggered my fatigue instead of masking it.

Lucikly, I did get plenty of work done today, formed cohesive sentences in conversation, and pulled through long enough to make my way home to succumb to my sleepiness. With a mountain of to-dos hovering over my shoulders, I instead chose to put on PJs and get started on cartoon-Diana (see first drawing) and browse the internet. Meh, sometimes it’s good to be lazy, no? My laziness didn’t last long (30 minutes?) because hubby came home ready to get started on dinner. 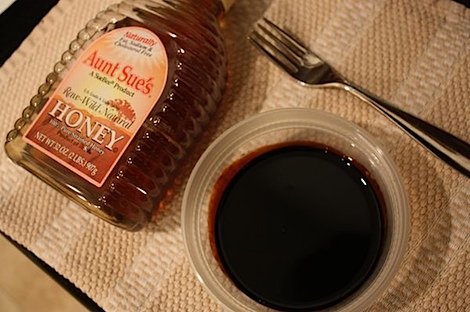 Hubby grilled the chicken, which was just seasoned with EVOO, salt, and pepper. 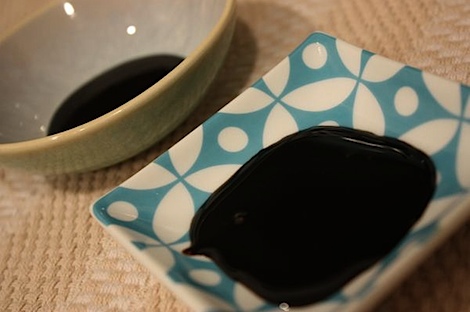 I set aside extra sauce for dipping later. 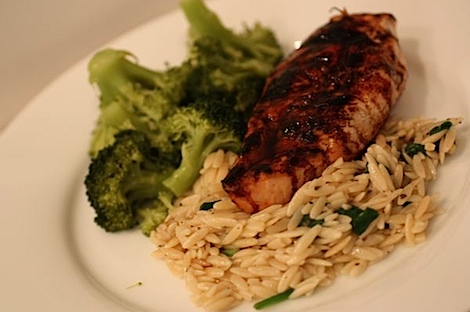 And we had the grilled honey-balsamic chicken with steamed broccoli and spinach orzo. 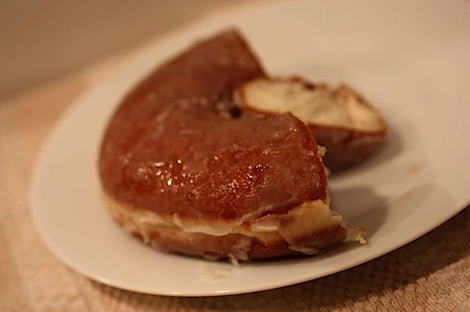 Plus a donut for dessert. Ok, half a Texas donut if you want to get technical.

How many cups of coffee (or other caffeine) do you have a day? Do you ever max out on caffeine?