Quinoa in the AM + Bread By Foot

I hope you guys liked my portable breakfast series from last week. In case you missed any, here are links to breakfasts-on-the-go from:

But remember, only eat on-the-go when it’s safe! 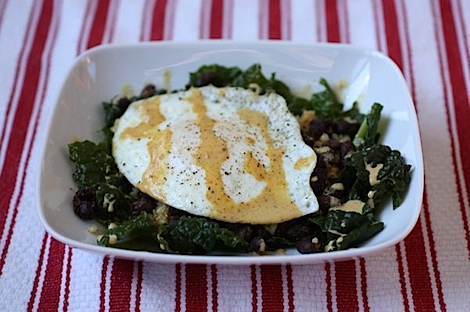 I have wonderful new breakfast idea to share with you guys, but first…hubby’s breakfast… 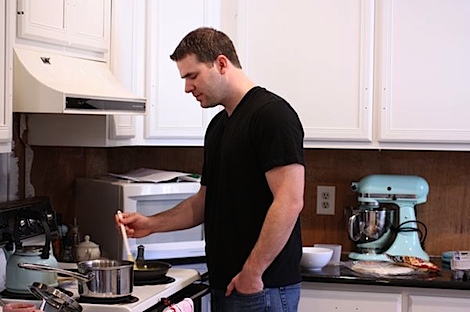 Hubby had a road trip Saturday morning with some buddies and was inspired by last week’s portable breakfast series. 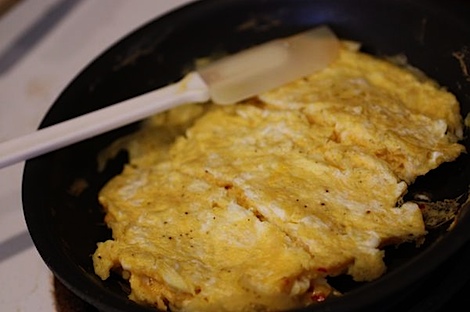 So, he and I whipped up three breakfast burritos for he and his 2 friends to enjoy on their car ride. 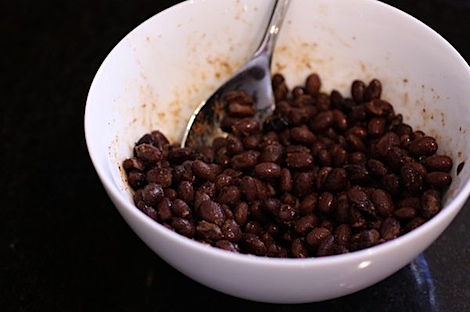 This time, I microwaved some black beans with cumin, paprika, and chili powder…plus salt and pepper. 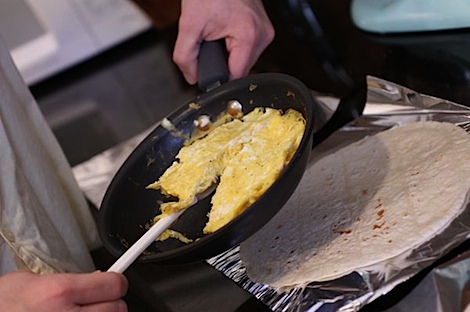 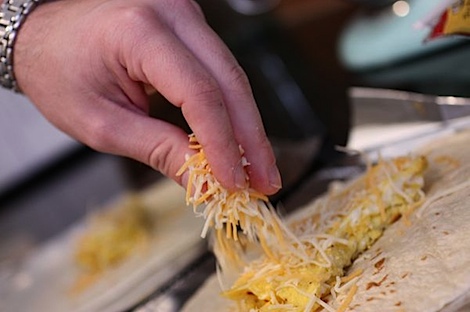 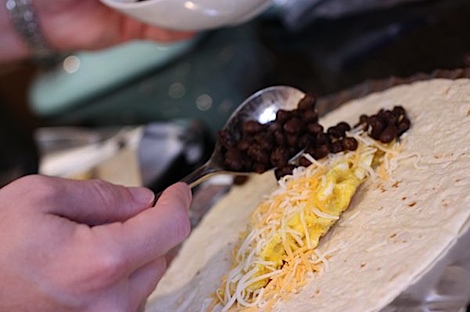 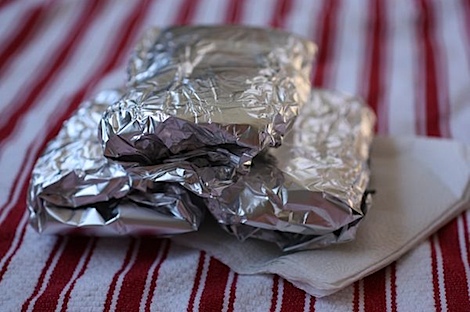 Hubby reported later that he and his friends really enjoyed the breakfast burritos. Hopefully, they were better than road food would have been. 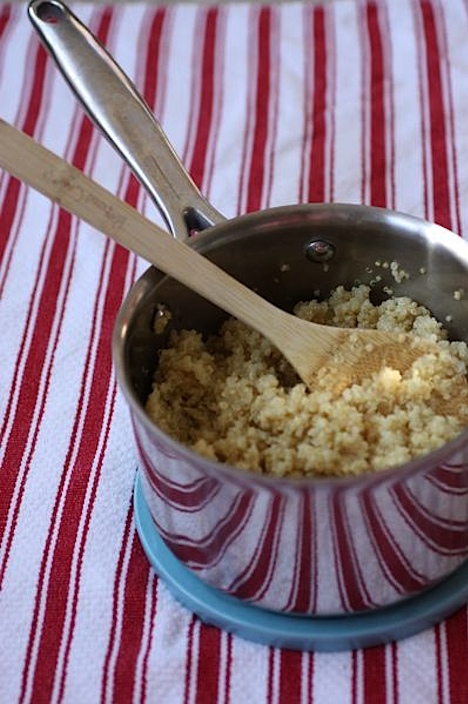 On to my breakfast creation.

I’ve been thinking a lot about those quinoa bowls from Cafe Gratitude, and I decided to do a twist on them for breakfast. 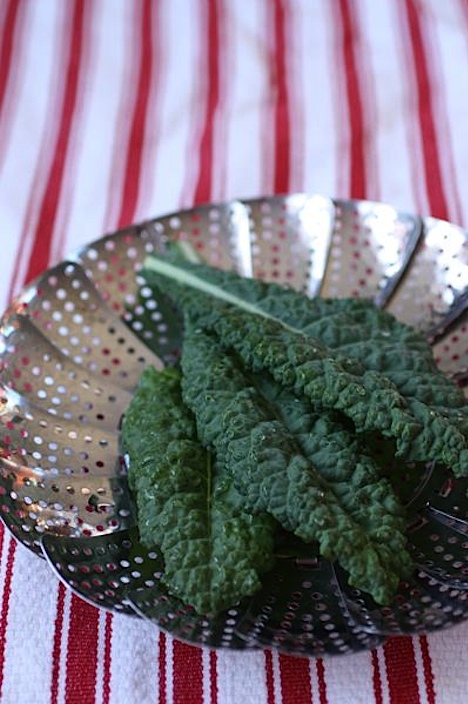 I still used kale. I actually used kale from my garden. 🙂 I plucked 3 fresh leaves this morning. 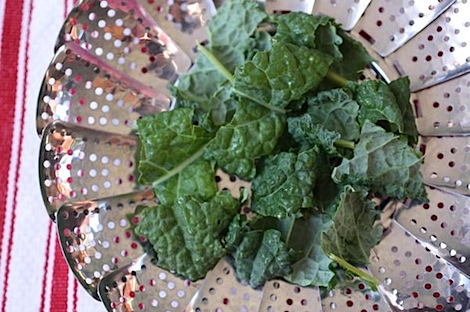 Instead of serving them raw, I decided to steam them because I prefer hot foods over cold foods. 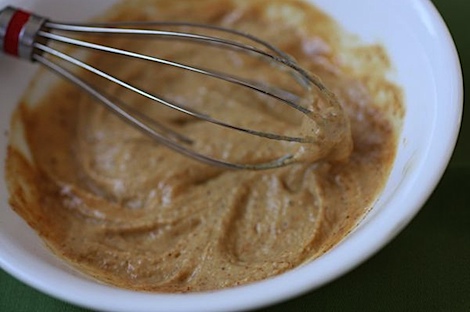 I made a quick tahini sauce. 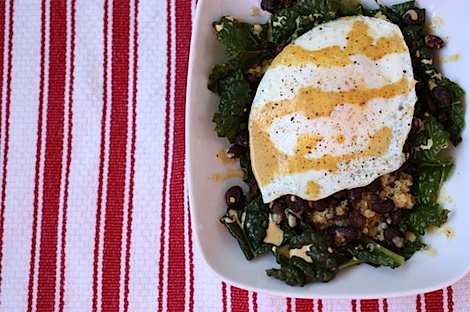 And I decided to use some of the leftover black beans from hubby’s breakfast. 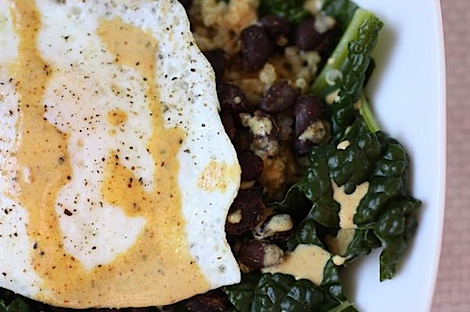 So I had multiple layers of deliciousness going on with today’s breakfast quinoa bowl: 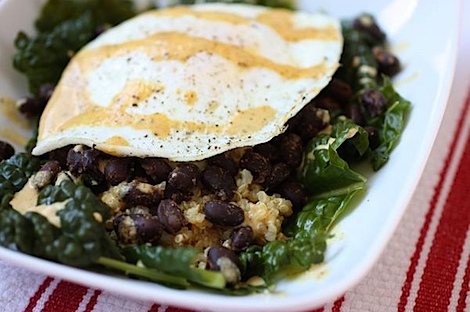 I’ll share the recipe later, but expect more of these. You guys will have to try one soon! They’re definitely a great way to switch up your regular breakfast routine. Nom!!!! 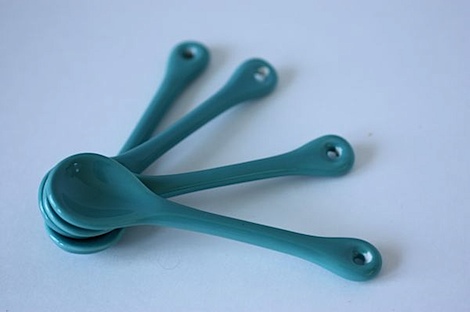 Btw, lookie what I found at Crate and Barrel! Chic-colored spoons! Turquoise…my fave! I actually had to call the store earlier this week to hold them, but couldn’t make it to the store till Friday after work, thanks to my hectic work-zumba schedule. They were worth the wait…and the grueling 30 minutes of rush-hour traffic I drove through to get them. Ahhhh! Can’t wait to use them!

Today I had a fun walking date with Caitlin and Nicole. The weather was absolutely perfect for it, too! 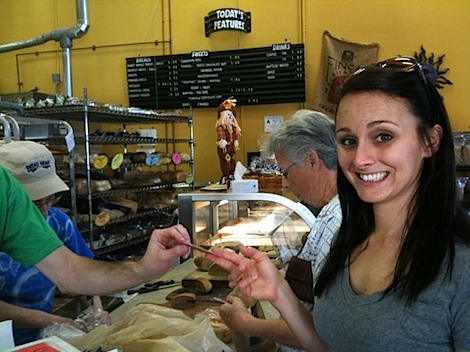 We first hit up Great Harvest (by foot) to get our weekly bread dose in the form of Dakota. Plus we each got something sweet. We basically made up our own order by asking for the “pumpkin crolls”. We thought they were a new name for cinnamon rolls (you know…like scuffins…scone + muffin?), but they actually were just trying to shorten the word “cinnamon roll” and forgot the dash. Whoops! 😆 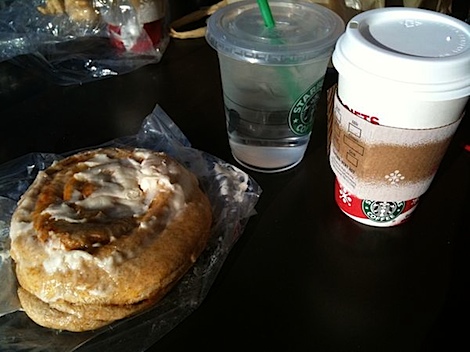 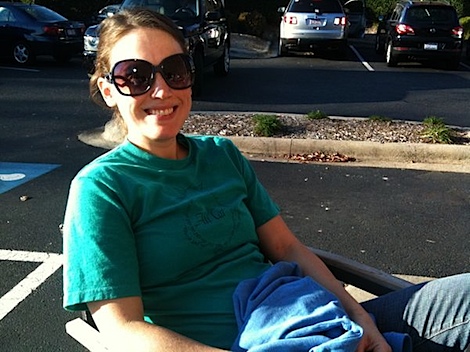 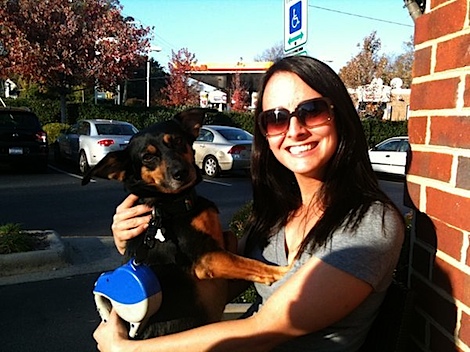 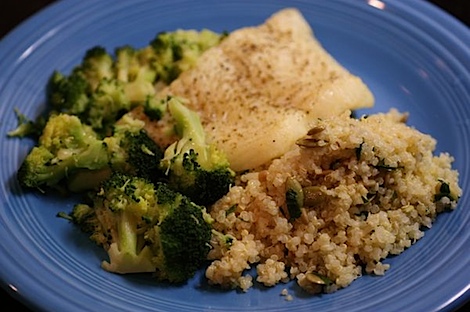 After a quick trip to the grocery store, I was home to cook dinner. 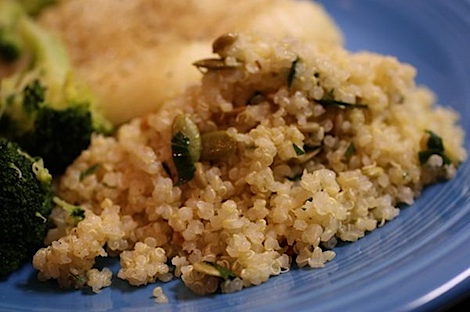 I made my first sea bass, plus steamed broccoli and a quinoa pilaf using the leftover quinoa from this morning’s breakfast bowl. I did a simple dressing and added pumpkin seeds and sunflower seeds for texture. Plus parsley for color and taste. I’ll definitely be drafting the breakfast bowl recipe, but let me know if you want the quinoa side, too, and I’ll make it happen. 😉

Oh, and you’ll never guess what I had in the oven tonight…

…new dough ball flavors! I have two more in the works! I had one fail-batch and one success-batch. Yay! WIll be sharing dets tomorrow.

Ooh, and I got something fun to organize my pantry. I’ll blog all about it tomorrow.

Do you prepare breakfast for road trips? Or eat before? Or just eat out?

9 thoughts on “Quinoa in the AM + Bread By Foot”