Click here to join my FREE 2022 Health Challenge and uplevel your health the fun way!
Life

What’s stranger than 350 people from all over the world gathered in San Francisco and taking pictures of their food together? A scavenger hunt full of hostess cakes, bow ties, Goldschlager, and dancing with a stranger! Wait…actually, I’m going to guess that most people would say that whole 350-people-taking-photos-of-their-food-thing is weirder.

But whether one was one bizarre than the other or not, I participated in both. Yes, I went to the Foodbuzz Festival with roughly 350 other food bloggers…and yes…I took tons and tons of photos of my food. I estimate I took close to 2,000 photos over the weekend with most photos being of food? I know….fuh-reak! lol The festival brought all 350 people together on Saturday night for a fancy-schmacy dinner at the famous Ferry building right on the bay. But the night didn’t end there. No, at the end of the gala, we were challenged to a scavenger hunt. Now, I’ve never shared with you dear readers, but I happen to be a HUGE fan of scavenger hunts. In fact, when I was a kiddo, I used to set up scavenger hunts all around my house for my friends to do in teams. It used to be almost a hobby for me, I loved it so much. So, when they mentioned scavenger hunt, I was hooked immediately. My fatigue almost had me turning in the towel early and skipping the scavenger hunt, but after catching a second wind, I was off with the rest of the party who had been sitting at my dinner table at the gala. I told myself, “You can sleep when you’re dead.” So off we went to hit up San Francisco at night, and it was time to get all Mission-Impossibly up on some b*tches.

Our team: Me, Julie, Laura, Tsz, Madalina, Sandy, a couple people who we lost along the way, and of course…Tony! 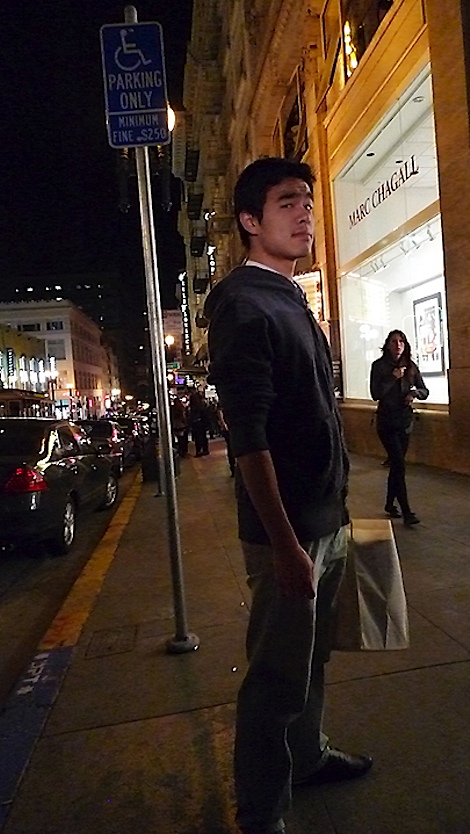 Our mission, which we chose to accept: 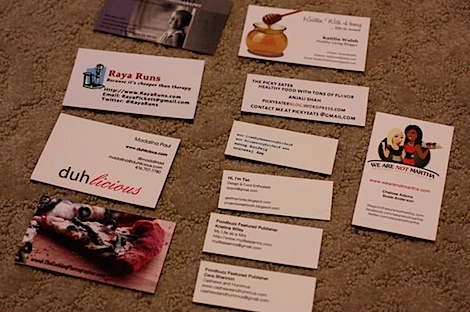 And before I knew it, we were already onto the jumping jacks…and we hadn’t even left the gala!

And we hadn’t left Ferry Building property before Julie had grabbed a stranger for some serious tango. I did my best to provide some music in the form of Shakira’s Objection song, which is tango-ish. Sadly, my little iPhone couldn’t play the music very loud…and the intro of the song was reeeally slow.

Anywho, we were halway done and we hadn’t even left the gala property! I mean, if we don’t win money for Foodbuzz next year, we should at least win brownie points for efficiency. 😉 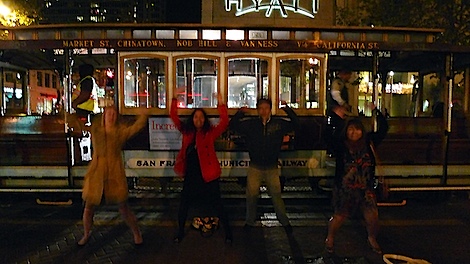 Next up, I tried to get the team to find a stranger to pole dance on the trolley with us (you guys know I “love” dancing on poles and all). However, I settled for doing more synchronized jumping jacks in front of the trolley instead. Why repeat a task you ask? Well, I ask you, “Why ask why, try bud…I mean…why not?” 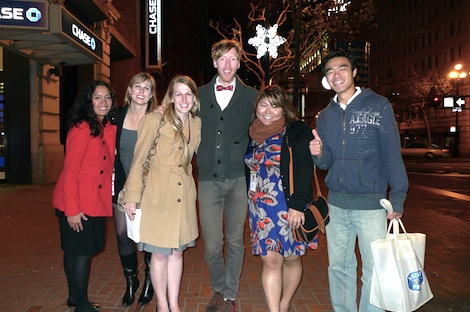 We searched high and low for the hippest person we know and found this too-cool-for-school-dood with a bow tie who was willing to pose with us crazies for a photo. I wonder if we even told him what we were doing with his photo? Hmm… 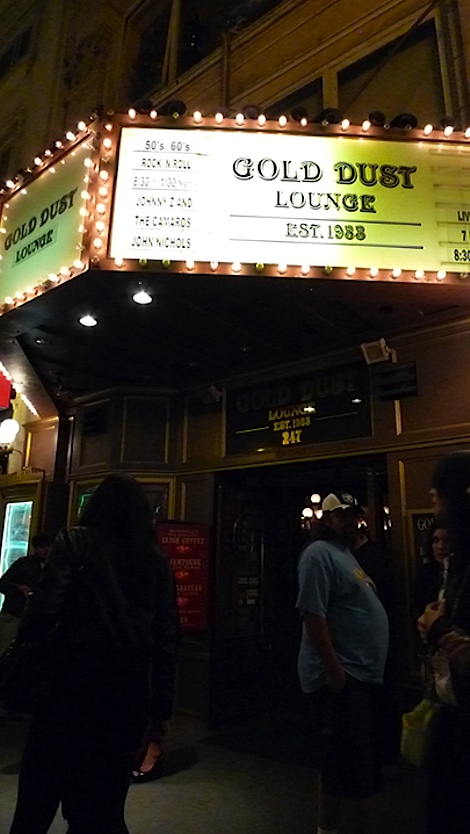 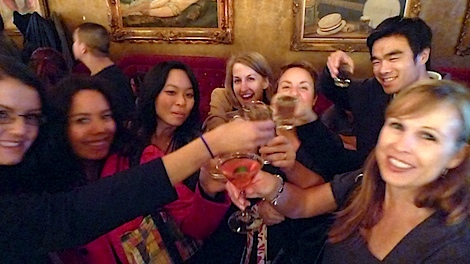 …and a toast with Goldschlagers, cosmos and…ok maybe water. 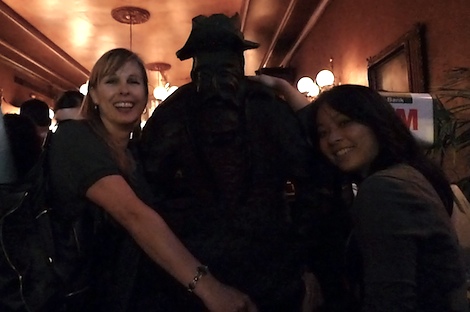 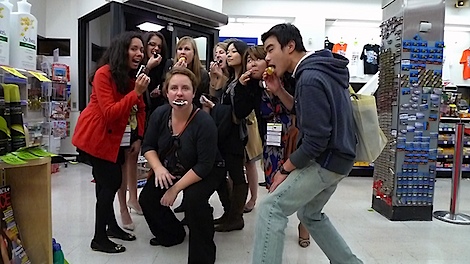 Of course, the night wasn’t over yet. No, Team Tony + The Gold Dust Gals had one more item on our agenda. We had to end the night the way every night of drinking 5+ drinks, spastically running around a strange town, asking randoms for bizarro favors, and hanging out at the Gold Dust lounge should end – with late night delights. So, we hit up the closest store we could find for some Hostess sweets. Ok, so I didn’t technically partake of the Hostess goodies, but hey…we only needed one person to and there are clearly half-eaten Hostess eats in this photo. 😉

Kudos to Laura Flowers for being our official photographer of the evening.