Sooo….I’m a day behind, but it was worth it for those gorgey Christmas tree shopping photos! 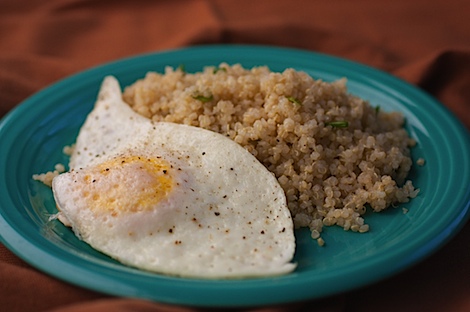 On Thursday, I had a yummy eggs over quinoa breakfast. 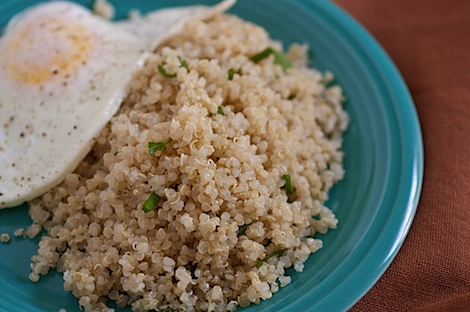 The highlight wasn’t the organic, cage-free egg, it was the herbed quinoa. I cooked the quinoa in water a day or so before and just added EVOO, salt, pepper, and fresh chives and parsley from my garden. It was simple but really good.

The quinoa was both the best and the worst part of the meal.

Unfortunately, at the time, I didn’t realize that I actually had 2 batches of pre-cooked quinoa in the fridge: 1 from this week…and one from two weeks ago. More unfortunate was the fact that I ate the 2 week old quinoa accidentally. Err…lesson learned – keep fridge cleaned of leftovers! 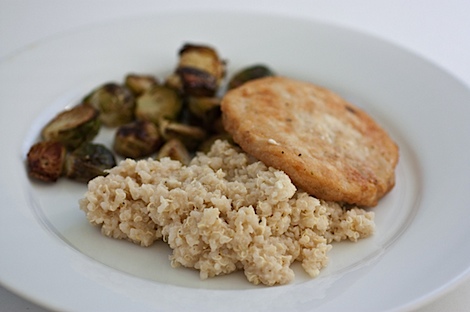 As if the day’s eats couldn’t get worse, lunch was underwhelming as well. The highlight was the roasted brussels sprouts. And yes…I dared eat more quinoa…this time from the proper container and with a lemon-tahini sauce.

I was really disappointed with the mahi mahi patty from TJs. I thought it would crisp up in the oven like a veggie burger, but it was still really…squishy? I suppose they were trying to make it juicy? Not sure, but I don’t think I’ll be eating the others in the box. 🙁 Guess that’s what I get for not grocery shopping enough lately and not having time to run out for lunch or more groceries during the day. 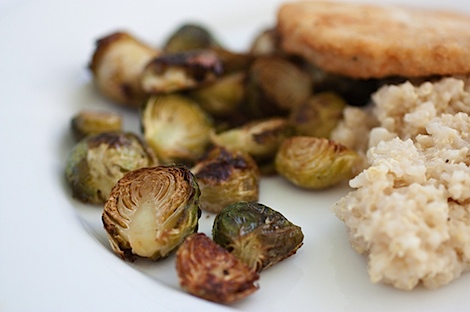 Luckily, the brussels sprouts and quinoa made up for the not-so-tasty lunch. 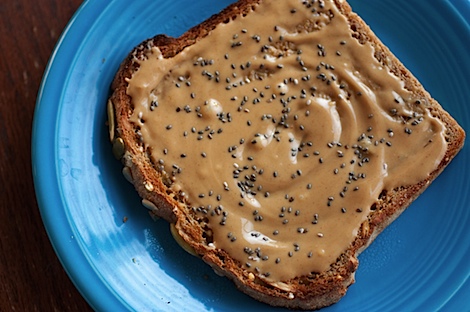 A piece of PB toast didn’t hurt. I had it as a pre-workout snack before ZUMBA! 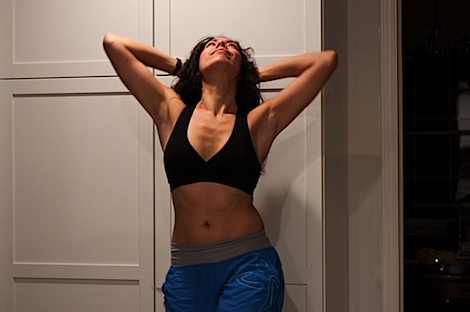 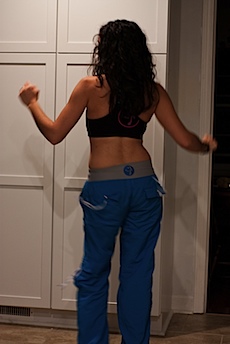 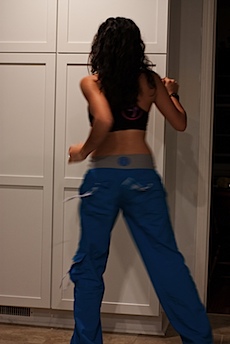 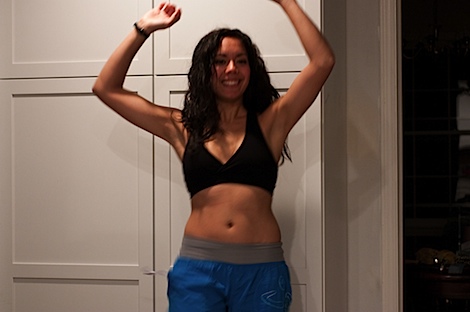 Even though I was slightly worried about getting sick from the quinoa in the middle of teaching Zumba on Thursday, I managed to pull through and still deliver a fun class. Woohoo! 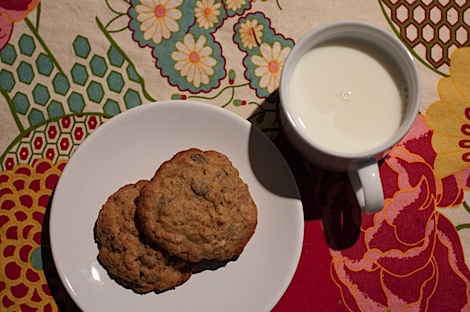 My treat – two oatmeal chocolate chip cookies and some milk. 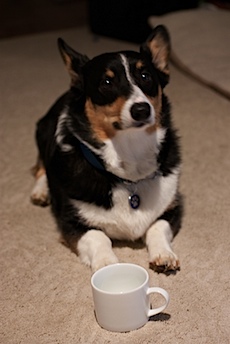 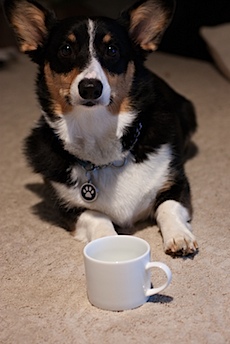 Bailey has learned to stalk my milk mug. I like using this mug because it doesn’t stain the mug like it does to glasses. Thusly, I am almost always using them. And I’ve been giving Bailey the last little sip from my mug. He’s quickly learned that when I pull the mug out…if he just waits long enough, there’s a delicious treat waiting for him. 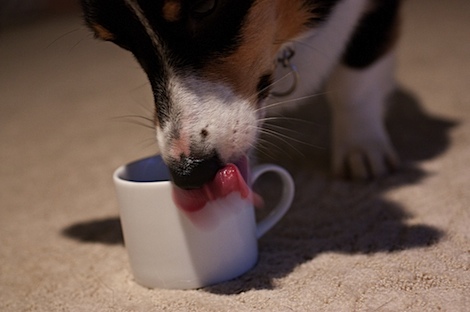 Seriously…when I walk around with the mug, he becomes my shadow until I give it to him. lol. Pets are so silly!

Have you ever accidentally eaten expired food? What happened?

9 Comments on Quinoa High and Low