Put some frozen pastry dough in your fridge tonight, because you’re going to want to make these tomorrow… 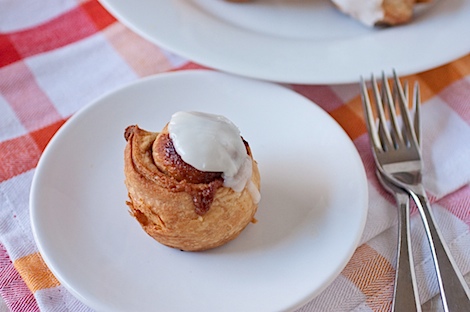 Quick Cinnamon Rolls – no yeast or kneading required! It’s true…read on for details – see the end of the post for the recipe. 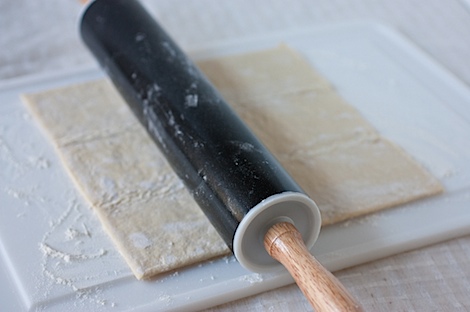 Frozen puff pastry dough is the key to this easy recipe. You can defrost it however you want, but I found placing a sheet in the fridge the night before was easiest and didn’t really leave me waiting like the “quick” method does. The dough was waiting for me in the morning when I was ready to bake. 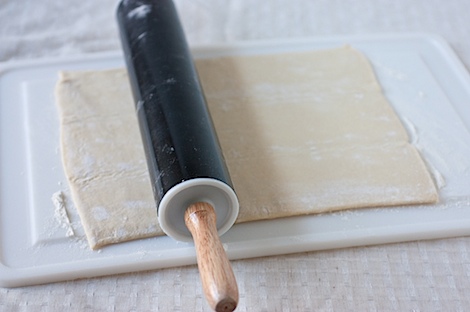 You don’t really have to roll the dough out, but I opted to. 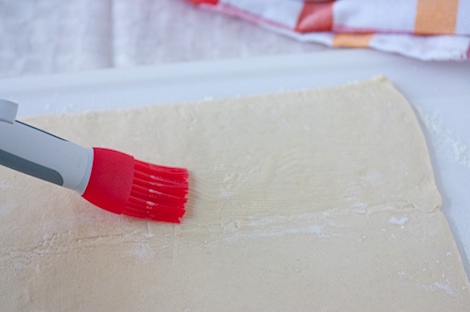 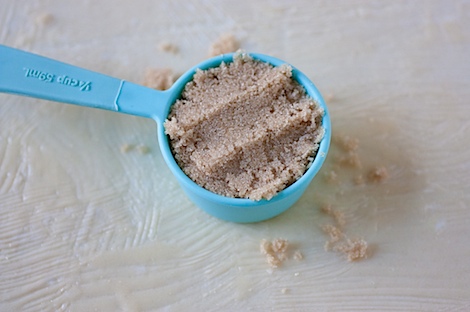 And spread with brown sugar… 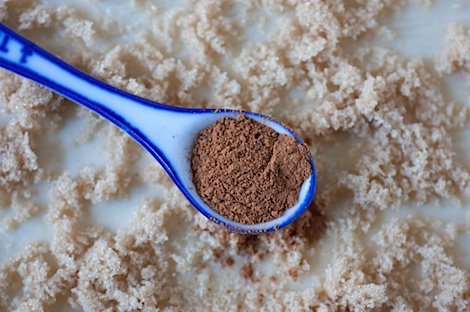 …and cinnamon. I thought about adding nuts, too, but I didn’t want the crunchy texture today. If you want, you could add them easily with the brown sugar and cinnamon. 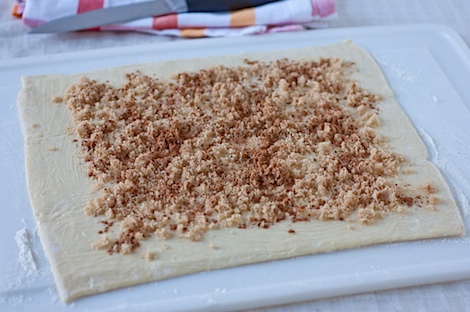 You’ll want about 1/2 inch border on 3 sides and 1 inch on another. 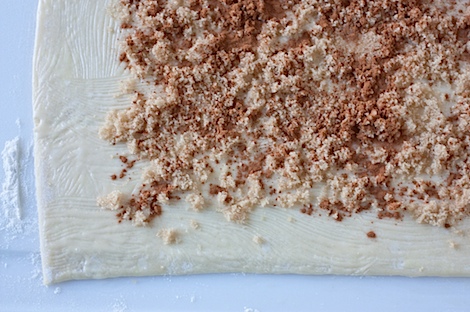 But, it doesn’t have to be exact. 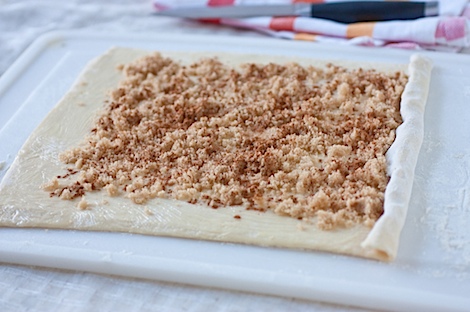 Start on the end with the 1/2 inch border and begin tightly rolling the dough up. 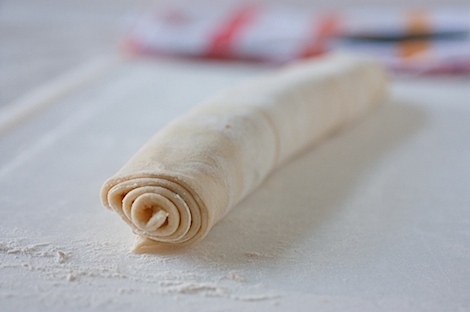 When it’s all rolled up, pinch the end of the dough to the roll to help seal it. 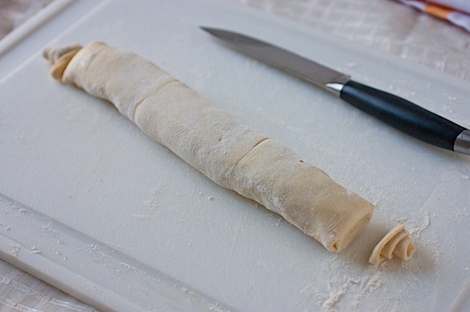 Trim off the uneven parts from the ends. 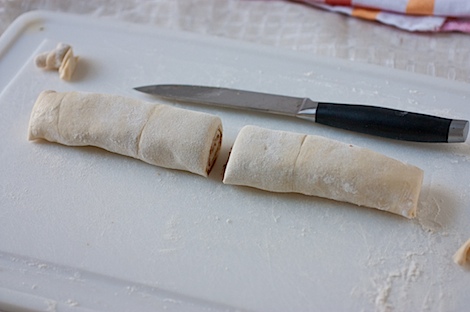 Cut the dough in half. 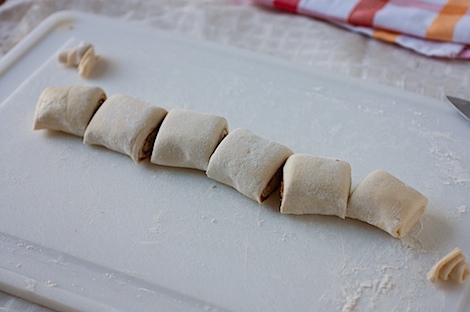 Cut each half into thirds. 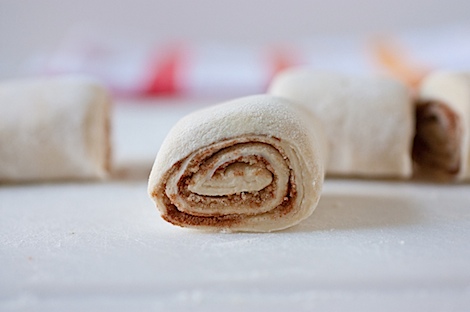 Just look at all the cinnamon-sugar goodness! 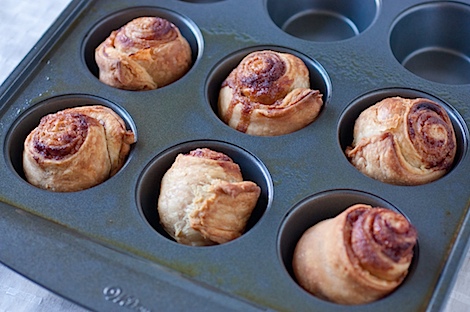 And here it is after baking only about 30 minutes. Golden deliciousness! 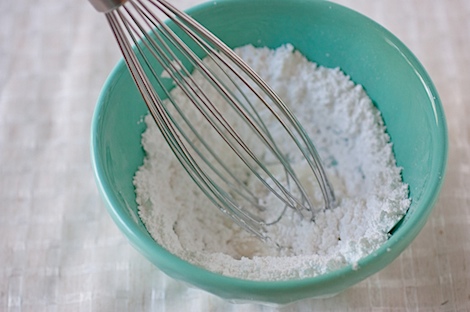 While the rolls cool, you can make the icing. I kept it simple with just powdered sugar and milk, but there are fancier versions out there (just a google search away!) with mascarpone and cream cheese. 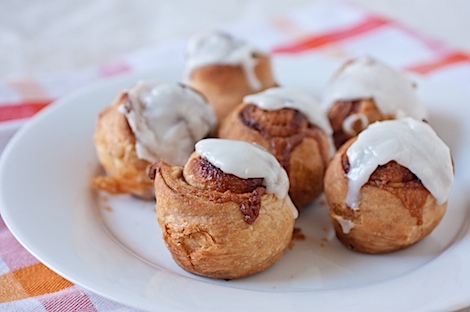 Top your rolls with a bit of icing. 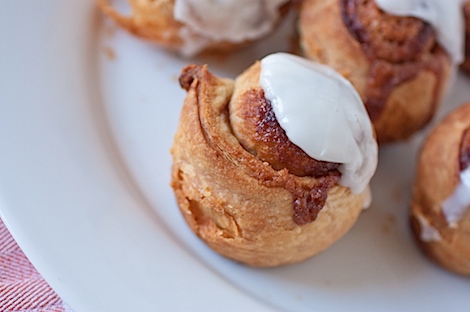 You can dollop it or drizzle it. You can even make more icing if you want it extra-sugary. Whatever you do, consider enjoying your “hard” work while it’s still warm (but not too hot – don’t burn yourself!). Mmm…now go sprinkle some flour on your face so people think you worked hard at this and stuff and serve them some breakfast all Martha-Stewart-like. 😉 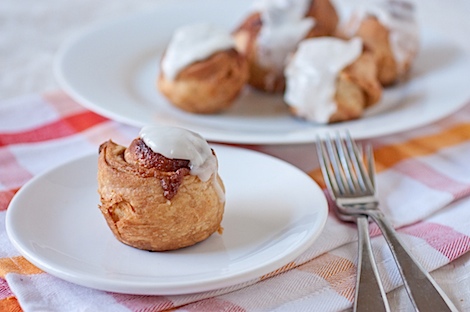 While I prefer a yeasty cinnamon roll, with its tender-swirled layers, I don’t always prefer all the waiting and kneading and what not involved. These are the lazy-gal version of the classic cinnamon roll, and frozen puff pastry dough is they key. You’ll have to let the dough defrost, but if you plan ahead, you can put it in the fridge the night before, and it will be ready for you in the morning. Or, you can do the quick defrost recommended by the package instructions if you forget. Do note that the rolls are a little on the small side. I thought they’d be a little larger for some reason, but they were only about 2 inches in diameter. They were small in size but plenty delicious.

Prep Time: 10 minutes (not including time to defrost the dough)
Bake Time: 30 minutes
Total Time: 40 minutes
Yield: 6 rolls (but you can easily double the recipe); serves about 2-3 people

Directions (see photos above for tips): 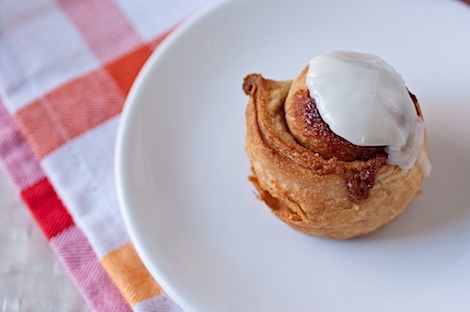 These rolls don’t get the same doughy texture you get with the yeast version, but considering the time savings, they are a great quick-fix replacement. 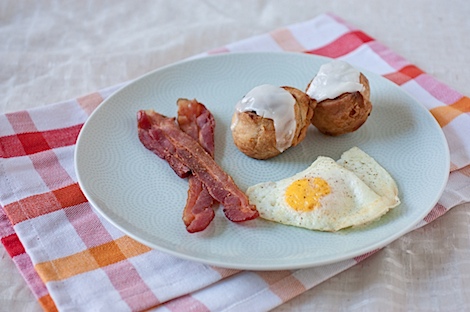 We had ours with eggs and bacon…yum! 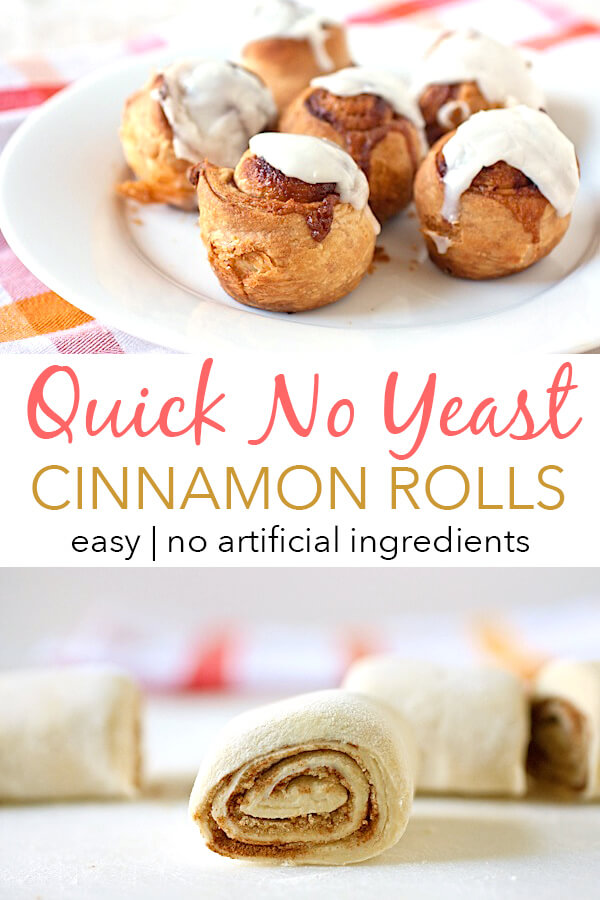