When reader Meg wrote in asking if the substitution on the all purpose flour to spelt flour was one-to-one on my baked apple cider doughnuts, I was reminded that I haven’t baked with spelt flour in awhile. I definitely picked up a small bag the next time I was at the health food store for some baking projects. Spelt doughnuts sounded like a pretty good dessert for this past weekend, so I came up with a couple simple changes based on some of the other doughnut recipes here on The Chic Life to make a recipe specifically for spelt flour. I made a Healthier Baked Cinnamon Spelt Doughnuts Recipe.

(By the way, the substitution for all purpose to spelt is one-to-one in the other doughnut recipes – see links below) 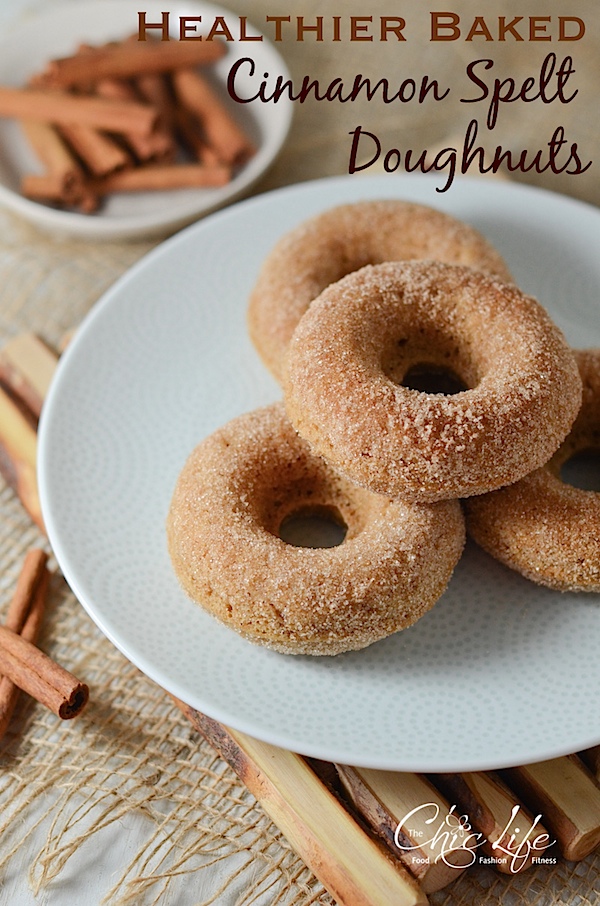 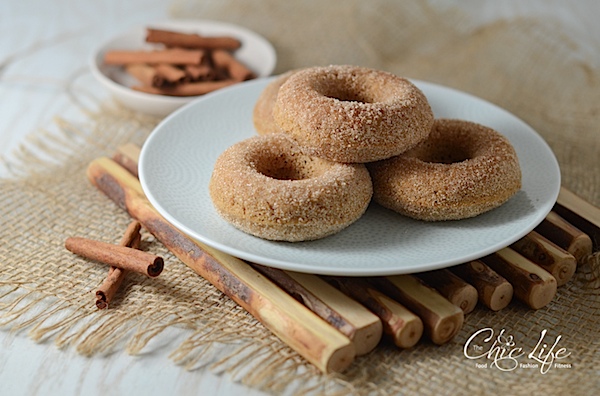 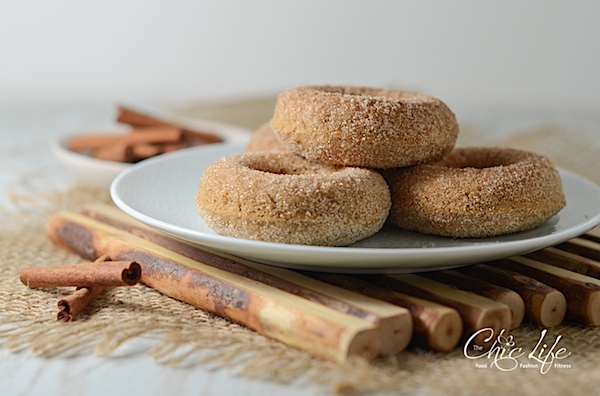 This Healthier Baked Cinnamon Spelt Doughnuts Recipe is a little heartier than the other doughnut recipes I’ve made with all purpose flour thanks to the spelt flour. I still enjoy the texture and find these doughnuts to be slightly more fluffy and light than whole wheat. But, I love baking with spelt flour!

Spelt flour gives these doughnuts a heartier texture that is somewhere between what all purpose and whole wheat flours would yield. If you’ve never baked with spelt flour, this would be a great introductory recipe. Easy, fast, and satisfying, these doughnuts are a no brainer. You could add a simple glaze on top, but when I’m feeling lazy, a quick dip in cinnamon sugar adds pizzazz without much extra effort.
As with my other recipes, I call this “healthier” instead of “healthy” because I’m not sure what would make a dessert healthy unless it was comprised of fresh sliced fruit. So, let’s just agree this is a “healthier” than traditional fried doughnuts…and even lighter and less sweet than some baked versions!
*Vegetarian, Vegan options listed below*

You may also like these other The Chic Life recipes:

And here are more great spelt recipes from around the web: 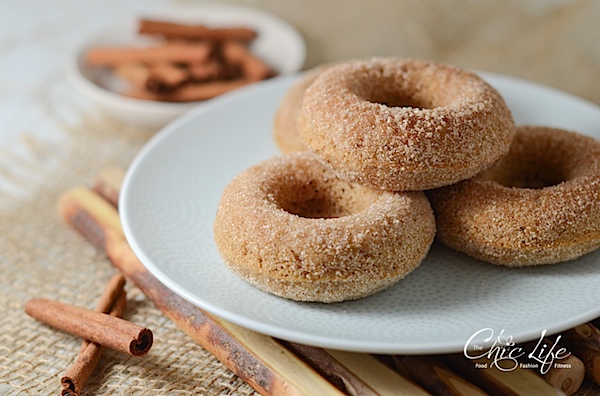 Thanks for stopping by! Hope you enjoy this Healthier Baked Cinnamon Spelt Doughnuts Recipe!