Last week, I finally got to do something at my Zumba class that I’ve always wanted to do – a glow party!

I’m planning to do a how-to post (and maybe video!) with some tips and tricks since I didn’t find a lot of info out there when I was researching how to set up mine, and I’d love to help out some fellow fitness instructors if I can. But, for now, here are some photos from my party… 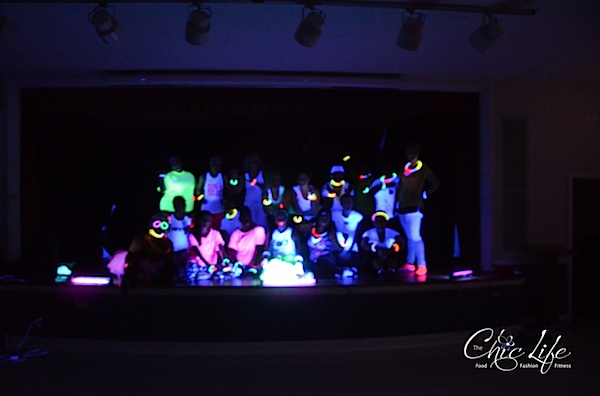 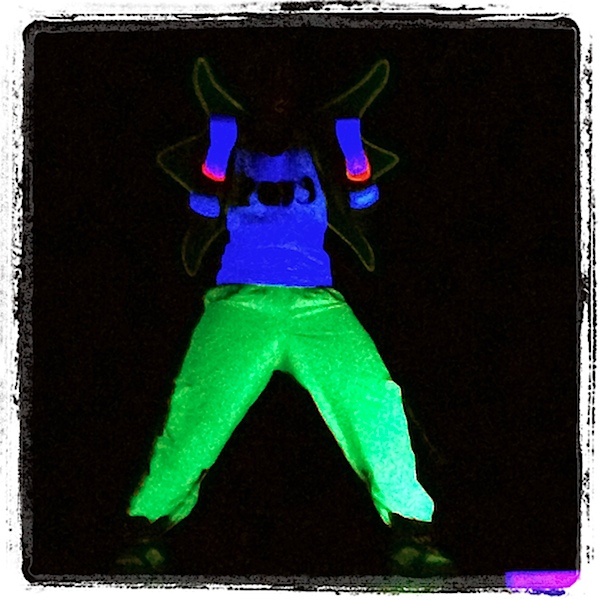 {Photo from my friend Chloe}

I busted out the wings I bought for my Zumba Convention costume. Turns out, those things glow under a black light, too! I didn’t wear them for the whole class. I waited till we were doing a song where the class faces each wall, and they weren’t looking to pop them on. And then I kept them on for one song – Let Me Think About It. 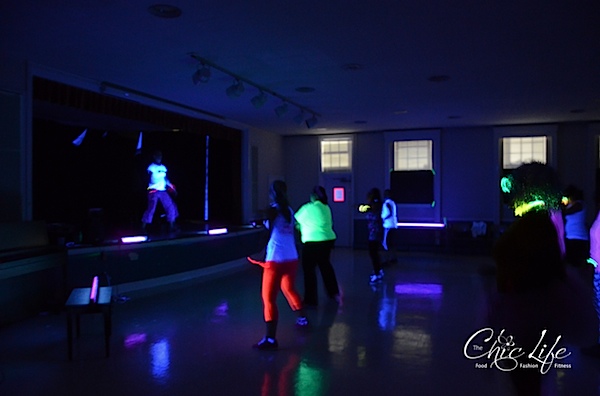 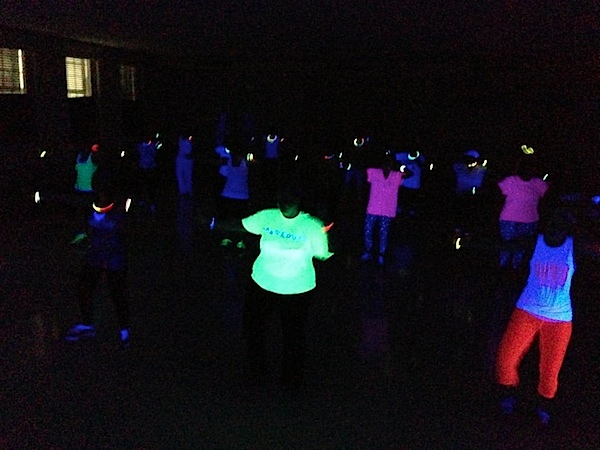 The glow party was super fun, and I’ve already had requests from most of the people in attendance to do another soon! Woohoo!

On Friday, I called all the Halloween shops in town in search of backlights. I decided to hit up the one that had the most in stock – 5 18-inch black lights – and I bought them all at half off. I’m also going to test one out that I ordered from Amazon, and I’ll be sure to include my recommendation on which I think are the best.

If you’re thinking of doing a glow party for your class, now is the time to stock up! Most Halloween shops put them 50% off after Halloween!

In other Zumba news, I’ve been trying to work up the courage to record some of my choreography to share with you guys. I’ve been working on a lot of fun songs lately!