Thanksgiving 2013 (With Turkey, Ham, and Vegan Side Dishes)

2013 has been a great year so far. I’ve found myself embracing a shift in perspective – from looking at what’s missing to focusing on what I have. As an analytical person, I find myself often wondering, “what next?” or “what could be better?” This can be a good thing in my work life, but I’ve found it’s good to focus on being more grateful, in general. I suppose that’s pretty commonsense, but I find gratitude one of those “easier said than done” kinds of things. Still, I’ve been focusing on what I have – the small and big, the simple and complex – all of it! And, I’m liking the new mindset.

“Be thankful for what you have; you’ll end up having more. If you concentrate on what you don’t have, you will never, ever have enough.” – Oprah Winfrey

I have to send a special thank you to all of YOU because this blog would be nothing without you guys reading and chatting with me. Thank you so much for your support!

Here are some photos of Thanksgiving 2013 with my family: 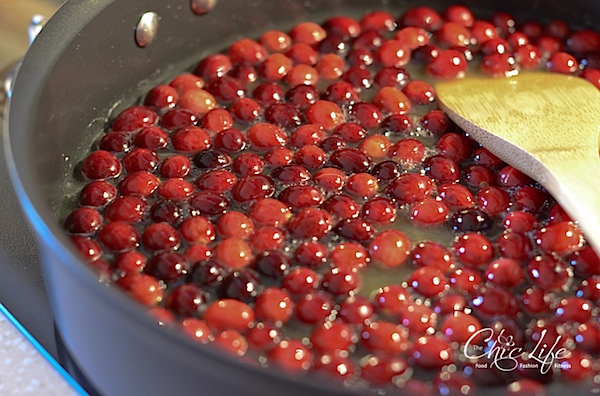 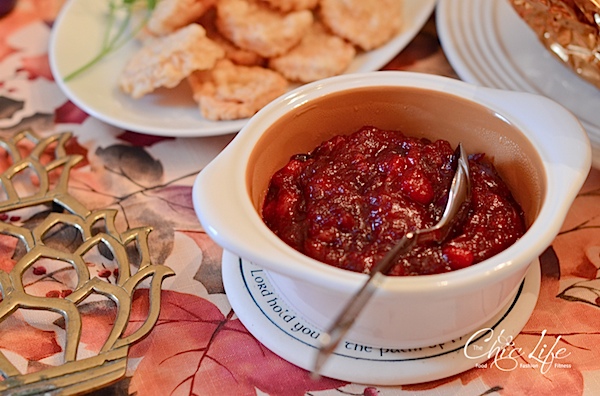 Sis has been making from-scratch cranberry sauce for the last couple years, and it’s so much better than the canned stuff. She isn’t into clean eating, but I like that this is a clean eats kind of dish for us now. 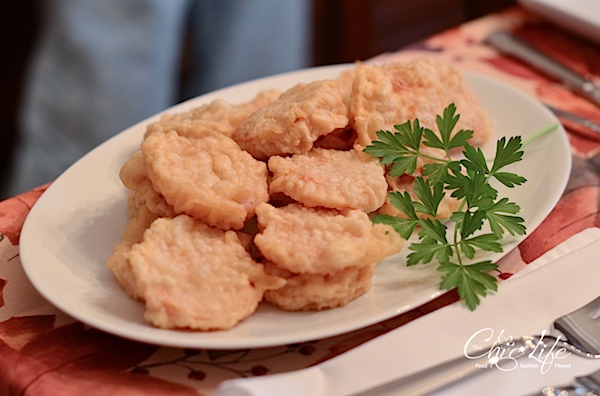 Sis decided to try something a little different for this year’s dinner – tempura sweet potato. These ended up being done before the rest of the food, so they sort of served as an appetizer that we could snack on as we wrapped up the last of the dishes in the kitchen. 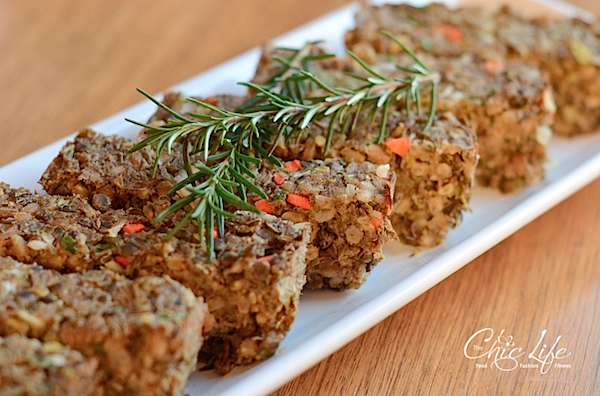 Have I mentioned yet that my dad has gone vegan? Yup, he has. So, the fam asked me to create a vegan entrée that he could eat while we had the traditional turkey. I came up with a little something-something, and I plan on sharing the recipe later this weekend. I’m thinking of adding more vegan recipes here on TCL so I can help my dad with his new eating style. 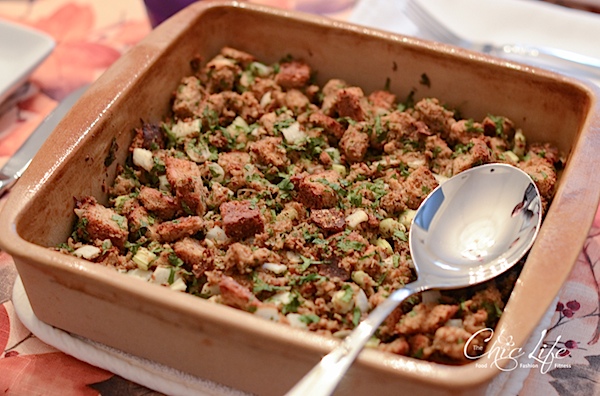 We decided to make all the other dishes on the table vegan so dad could partake, save the turkey and ham, of course. We made the stuffing with soy milk instead of dairy milk. Too bad my family didn’t know that most “original” non-dairy milks are actually sweetened. They accidentally used a sweeter soy milk, so this had a bit of a sweet kick. Luckily, they didn’t use too much. It still tasted great! 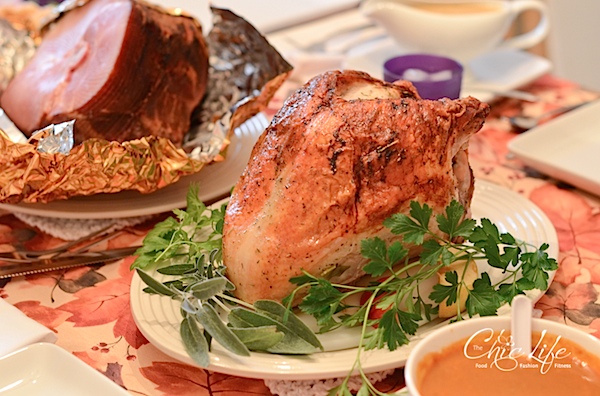 We opted for just a turkey breast this year, but we did also get a honey-baked ham. 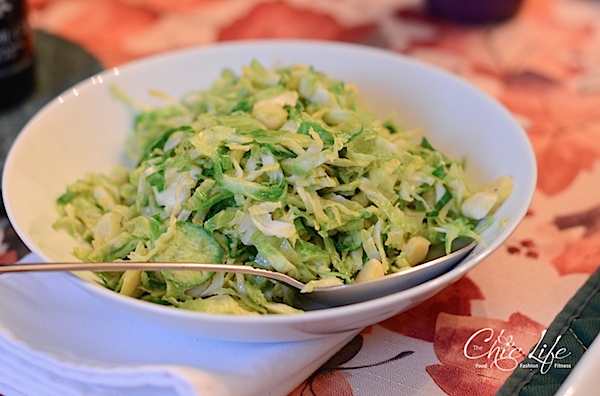 And much to my surprise, my sister picked up brussels sprouts for me to cook while she was grocery shopping. She said she really enjoyed the ones I cooked a previous time (using this easy brussels sprouts recipe). You must understand, my family teases my sister by saying she never eats anything green, so this was totally unexpected. Beyond that, my parents, who aren’t brussels sprouts fans were happy to see this on the dinner table. And, I was happy to add something healthy to the mix that everyone enjoyed so much. I used Earth Balance to make this so it would be vegan. 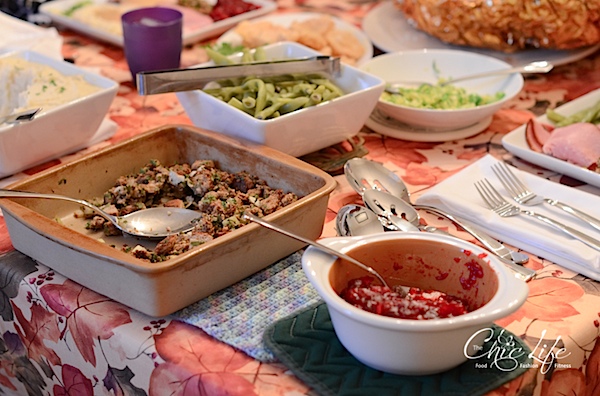 We also had a couple other vegan side dishes – steamed green beans and mashed potatoes (made with Earth Balance and soy milk…yes, the sweet one…oops!). 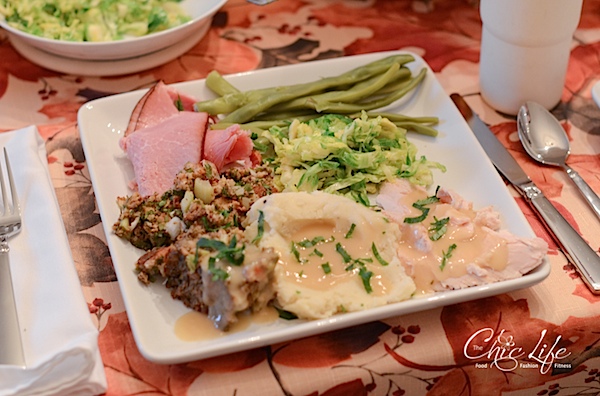 Here’s my plate – literally a little bit of everything on the table, even dad’s vegan entrée, which I really enjoyed. Even mom and sis tried dad’s main dish, and they liked it, too. Woohoo! I think I’ll have to work on more dishes like that so they can all get along while I’m back home in NC. hehe 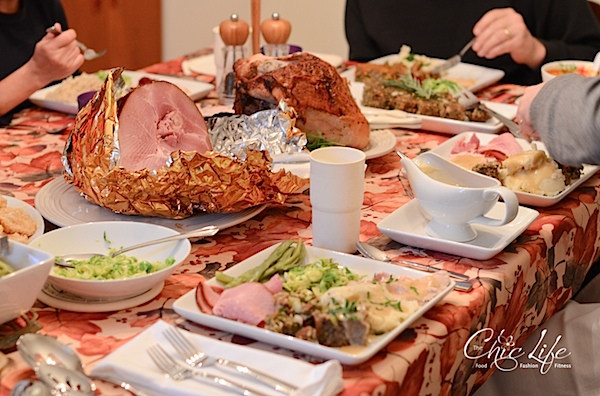 We had a great spread! 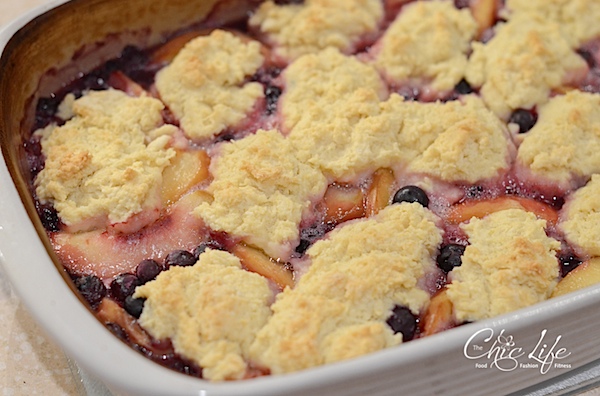 And for dessert, I made a peach blueberry cobbler. This was also made with soy milk and Earth Balance so dad could enjoy.

We enjoyed another delicious Thanksgiving feast, but I was mostly thankful just to be able to enjoy it with my family.

If you celebrated, I hope you had a great Thanksgiving, too!

4 thoughts on “Thanksgiving 2013 (With Turkey, Ham, and Vegan Side Dishes)”