Sis and I are taking a weekend road trip to Atlanta, GA, and we found a great stop on the way in Duluth, GA. We were up for a food adventure and decided to try Jang Su Jang, a Korean BBQ restaurant. 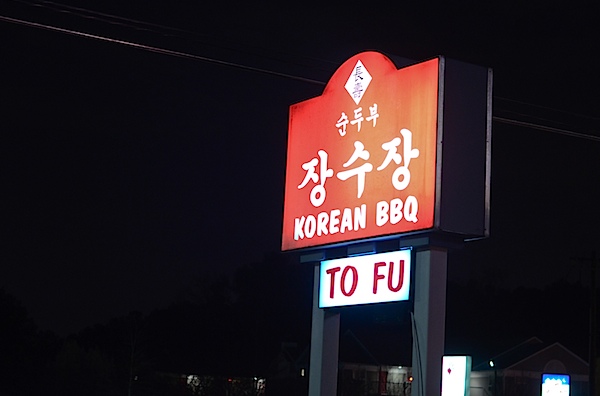 Neither of us have had Korean food before, but we’ve heard such good things. We were both very excited to try it out. I wasn’t sure if it would be an Americanized or traditional type of restaurant. Happily, it turned out to be the latter. 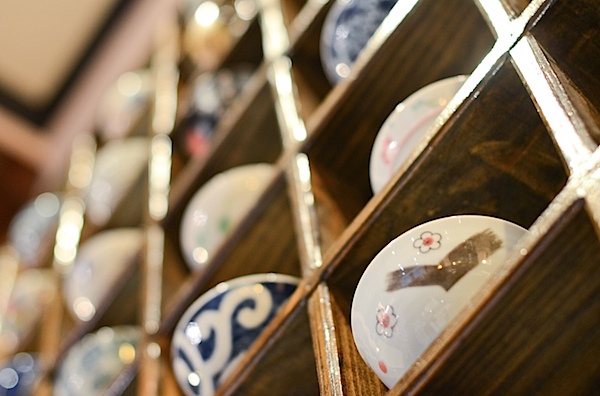 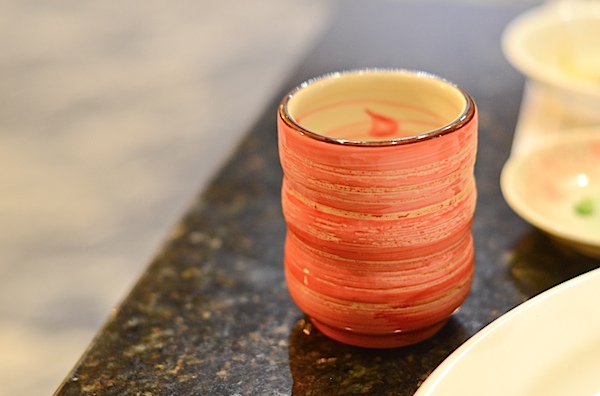 For drinks we were given the option of water or tea. Sis and I opted for the tea, which was delicious and served sans sugar. It reminded me a bit of how the tea is served straight up at dim sum restaurants, too.

We lucked out and had a very friendly waiter named Calvin who helped us make our dinner selections. We decided to start with some steamed dumplings (Mul Mandoo) and to try a combo with the tofu soup and bulgogi. 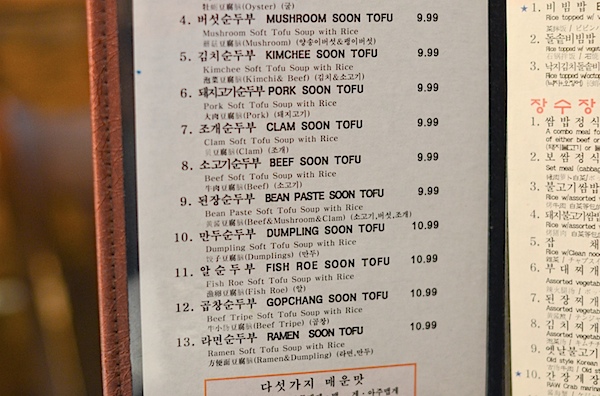 I let sis pick which soup to try, and she opted for the Beef Soon Tofu. 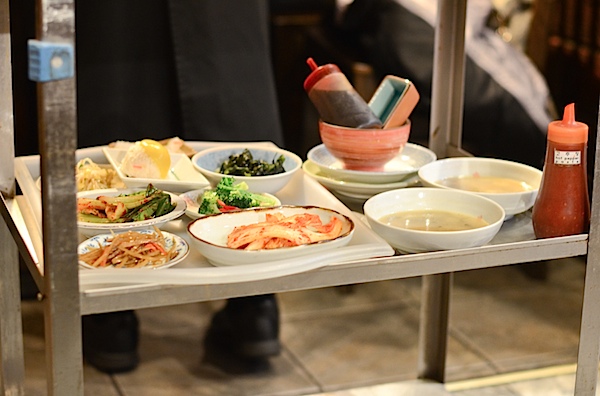 Very shortly after ordering, our table was quickly filled with an assortment of Korean side dishes. We weren’t sure what to do with them. Did we start eating them or wait for the rest of the food came out? Do you eat the side dishes straight up or mixed with stuff. Anyone know? 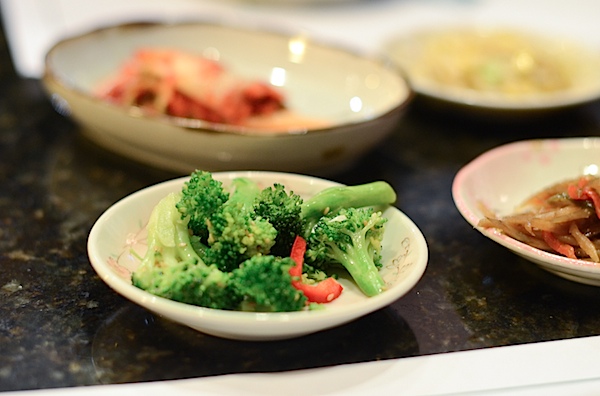 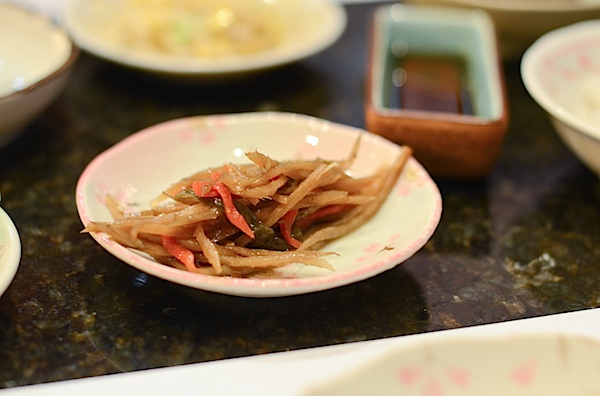 (Not sure what this one is – does anyone know?) 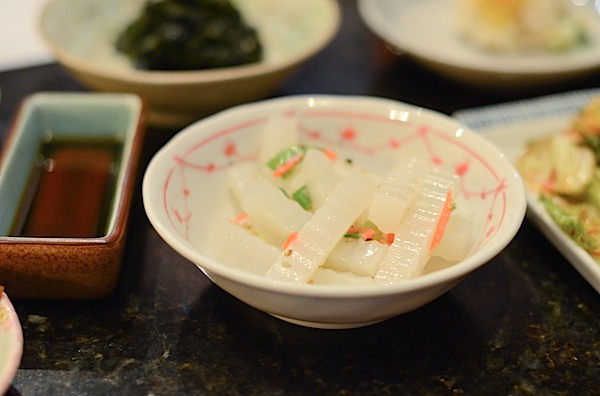 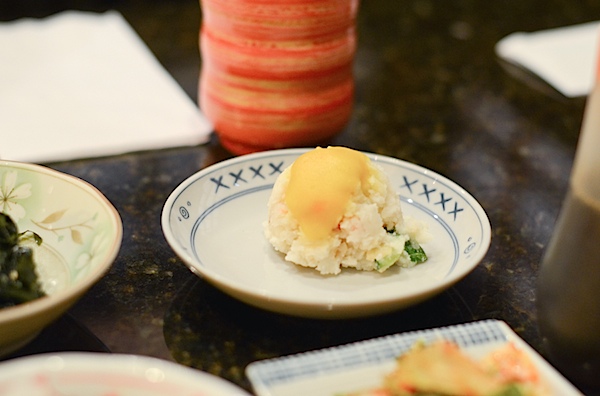 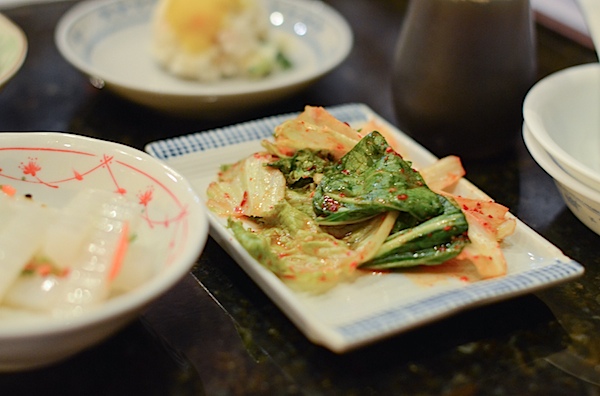 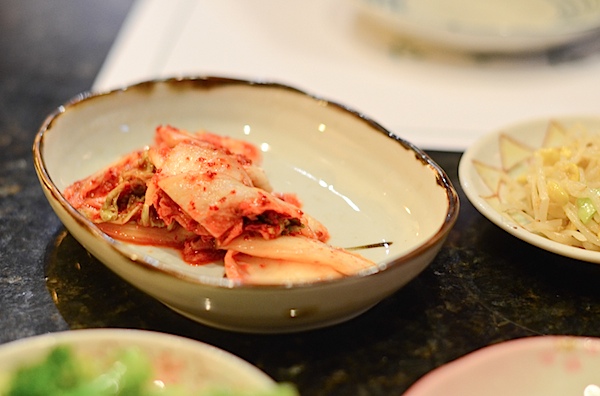 We even got two kinds of kim chi. Calvin also mentioned there’s another kind of kim chi made with (I think it was) beets or radishes that comes with the bossam. 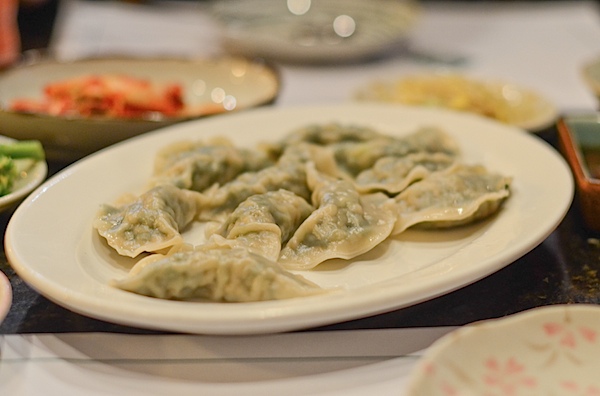 The dumplings were a big hit with us. We’re big dumpling fans, in general, but these were really tasty, and we liked the dipping sauce, too. 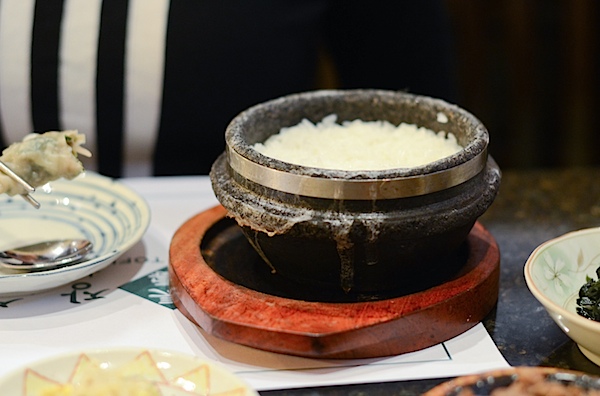 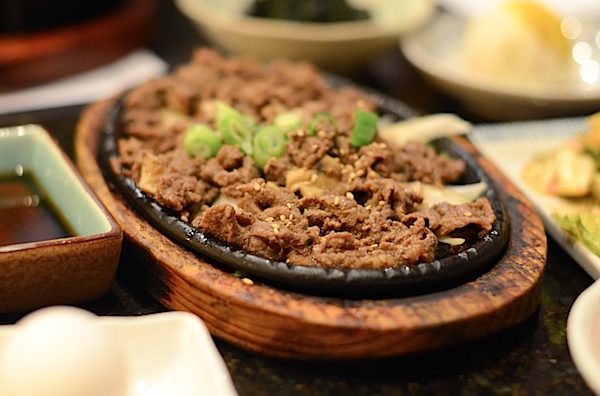 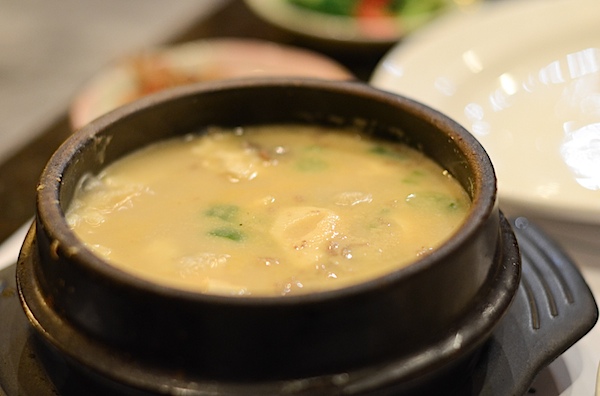 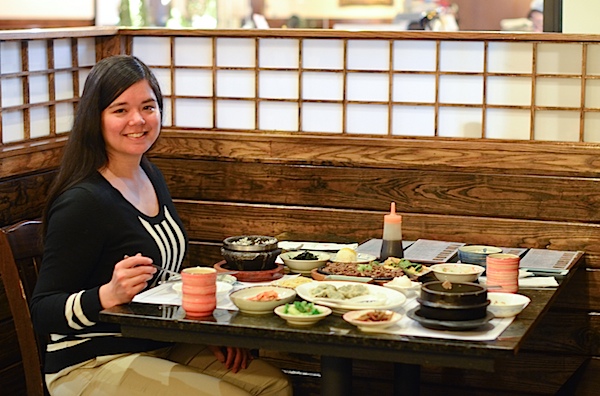 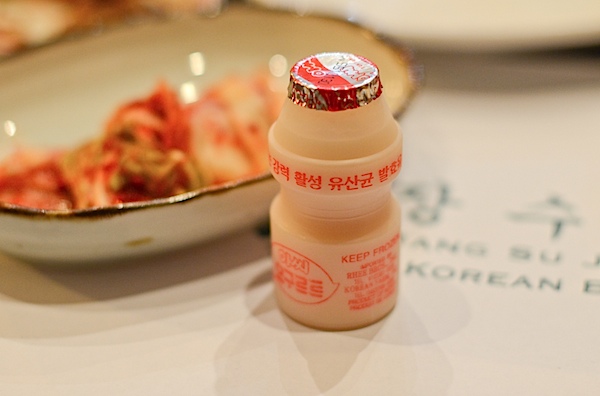 Overall, we had a great experience trying Korean food for the first time. I can see why everyone loves it so much. The soup and dumplings were our stand out favorites, but we enjoyed everything quite a bit.

If you’re ever in the Atlanta area or just passing through, Jang Su Jang would be a great stop. It’s even close to the highway if you’re just looking for delicious food on your next road trip.