After fueling up at Hammock Beach, we hit the road for Orlando and the 2014 Zumba Convention!

On the schedule (in the order we hoped we could pull off):

Unfortunately, things didn’t quite happen in the order we wanted, but we just had to shuffle things around. Our room wasn’t ready when we arrived, but we were able to put our things into our friends’ hotel room and change there, too. Phew! Big thanks to Angie and Jennie! 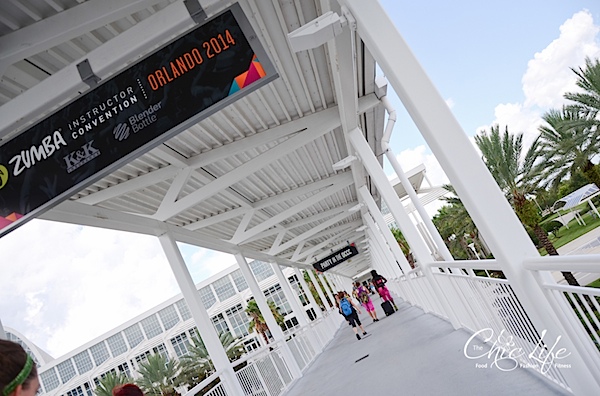 I’m always thankful for the “white mile” – the covered walk-way that runs between the three main locations of Zumba Convention: The Hyatt (formerly known as the Peabody), The Convention Center (in the center), and the Hilton. This walkway keeps us safely out of traffic and covered from the sun and rain. 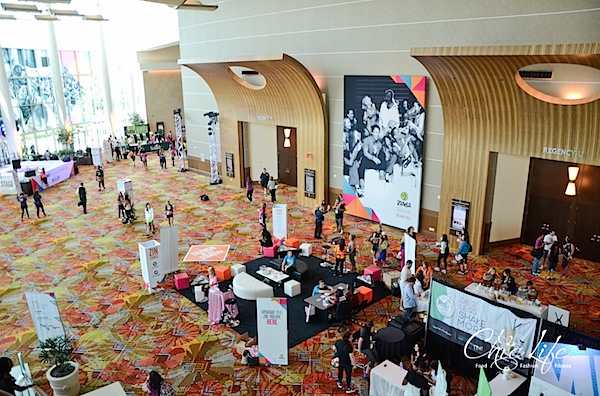 My first session was in the Hyatt where many of the main events, like the theme party, take place. The vendor booths are also located here. 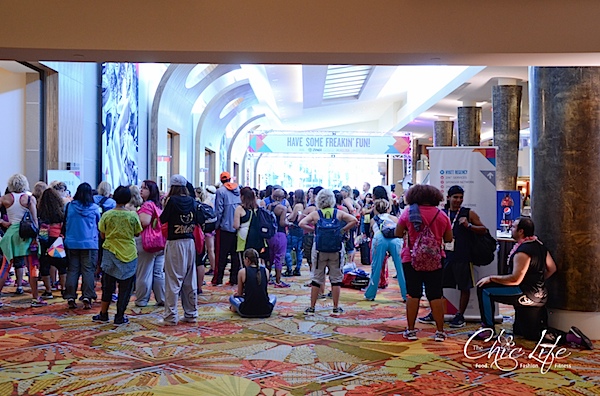 There was a big line waiting for Latin Pop when I arrived. I was excited not only for my first Zumba Convention 2014 session but to enjoy one of my faves (click here to check out my post from last year). 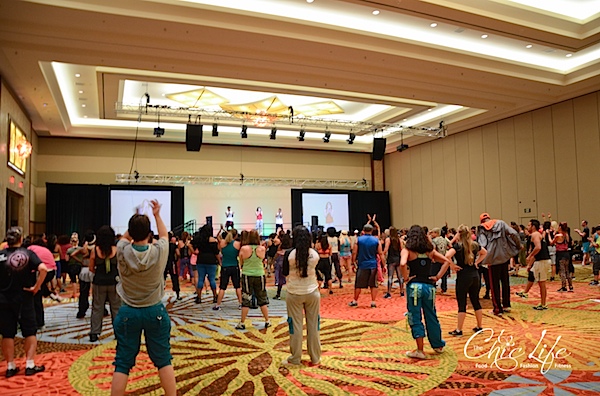 This was my third year in a row attending Latin Pop. I just love this session – from the songs to the dance moves.

Latin Pop usually features some move breakdowns in a couple categories (including House, Waacking/Vogueing, and Urban Movement) and a master class. For the music, Lindsey only uses five artists: Shakira, Pitbull, Enrique Iglesias, Ricky Martin, and JLo. Love them! The session is upbeat and has plenty of sass. Of all the sessions, I’ve gotten the most choreo inspiration from this one since I really connect with this particular style of song and dance. 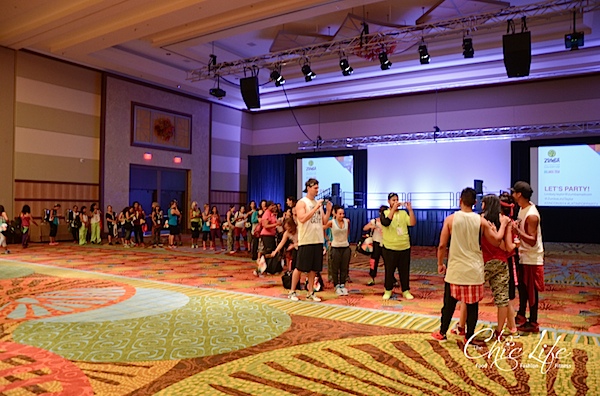 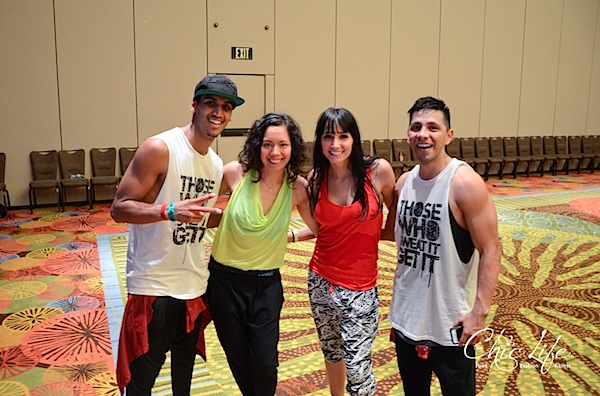 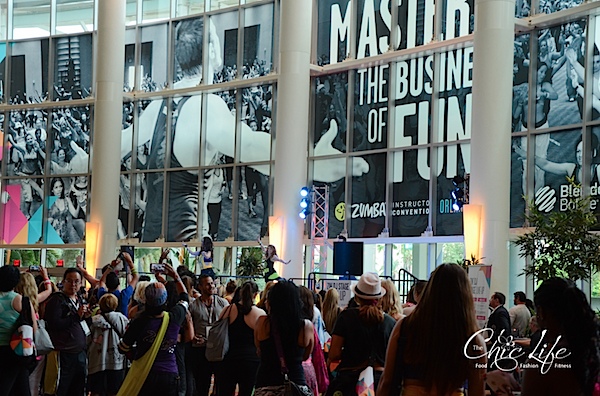 This year, there was a ZIN DJ Stage in the Hyatt. 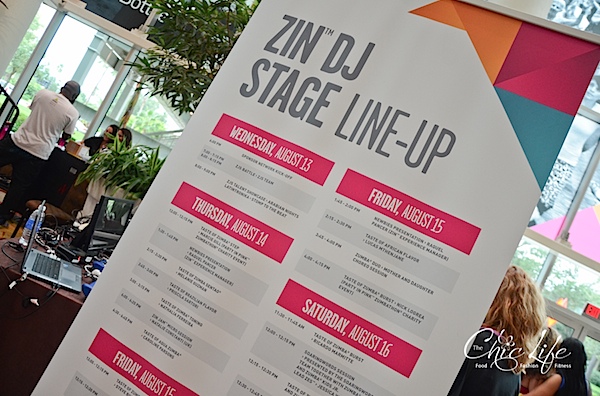 There were many different sessions going on throughout the convention, and it was nice to have something to watch in between sessions if you didn’t have time to run back to your hotel room. With one hour between session #1 and #2, this was a great break for me since I didn’t have the time to go to the room. I had enough time to grab a quick snack and watch a couple songs at the stage. 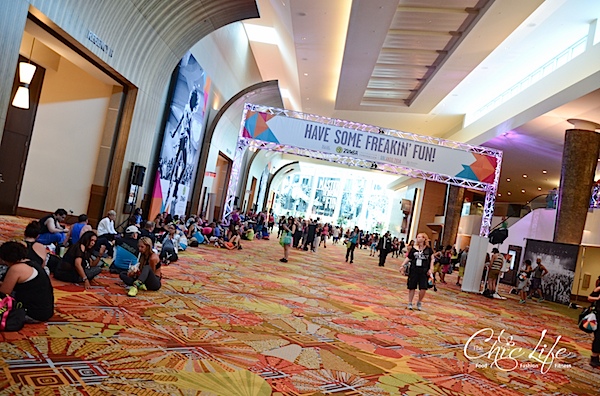 My second session was just one room down from Latin Pop – Tribute to the King of Pop with Steve Boedt. 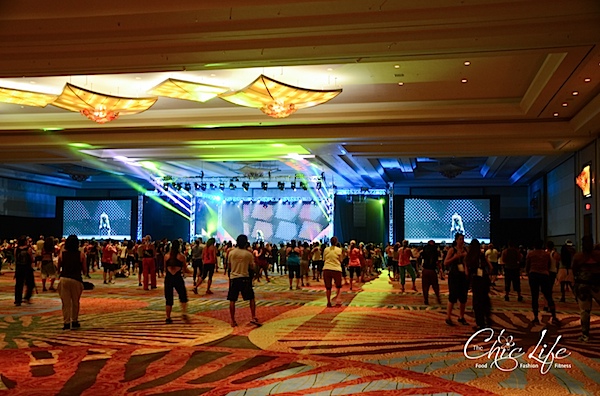 I thought the session would teach us a bunch of Michael Jackson moves, but Steve explained early on that the class wasn’t set up to imitate Michael. Instead, this session was made to celebrate Michael. 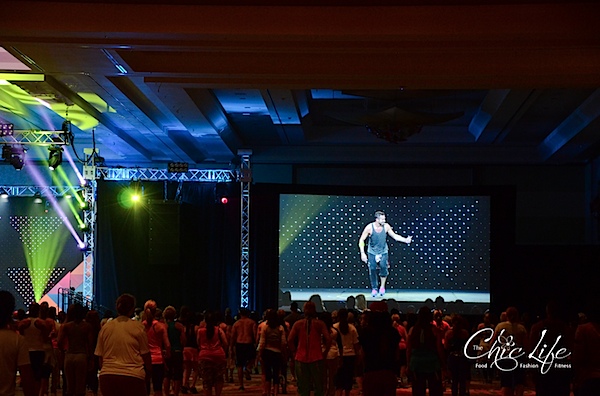 Steve had lots of fun mixes of classic Michael Jackson songs, including some with Latin spins. I always enjoy his choreography and energy, so I had a great time. 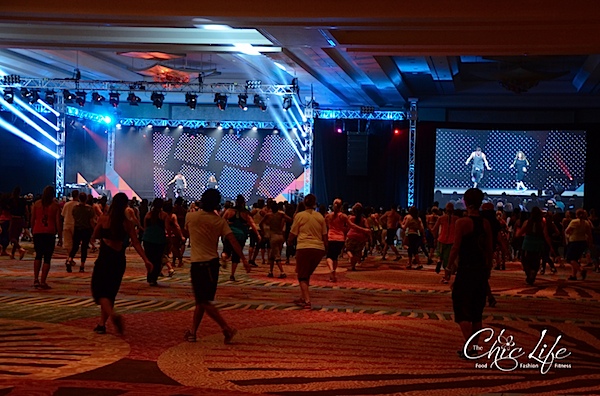 Many sessions feature choreo or move breakdowns, but this session was mostly about the dancing. We didn’t do any breakdowns, but there was a short presentation near the end. Steve talked briefly about Michael and offered some general tips during his presentation. I did Steve’s Be the Inspiration presentation in 2012, and it’s one of my all-time favorites. I love Steve’s take on teaching (he’s so uplifting!), so I’m always happy to hear whatever tips he wants to share.

After this, Sarah and I were finally able to check into our hotel room. We wanted to squeeze in a trip to the grocery store, but there just wasn’t time. 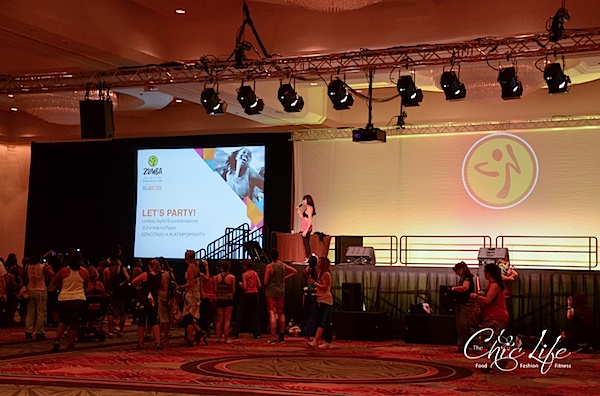 For my last session of the day, I went to Lindsey Taylor’s master class for 90 minutes of Zumba fun! It was a great way to end my first day of Zumba Convention 2014, but boy was I tired.

After the session, Sarah and I were finally able to take a quick trip down the road to the Publix, which is just a mile or so away. We got snacks, waters, etc. for the rest of convention. 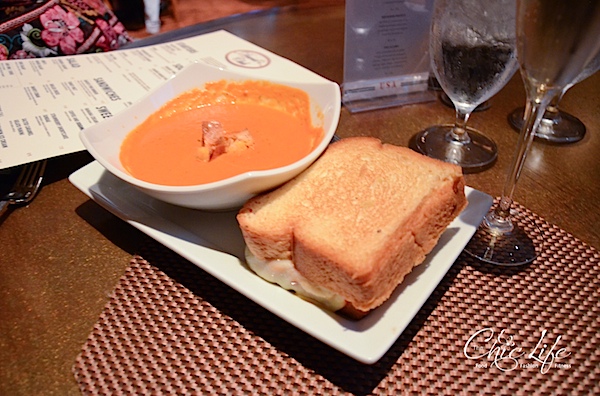 And we wanted to have dinner by the pool, but we didn’t get back from the grocery store until almost 10pm, and the restaurant closed at 9. Doh! Luckily, David’s (inside the Hilton) was still open. After the long day of driving, dancing, and running around, we just wanted to eat and sleep. I had a glass of prosecco and the grilled cheese with tomato bisque. After enjoying dinner, it was definitely bed time!