Sunday brought the last day of Zumba Convention 2013. It was time to start packing up and thinking about what we had to do back in real life. Well, almost…

Check out my other Zumba Convention 2013 – Orlando, FL posts here: 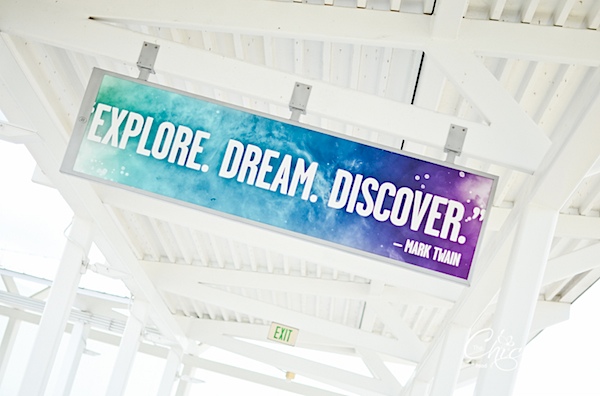 {One of my favorite quotes – get the whole thing here}

But, we had a few more hours of fun to enjoy first… 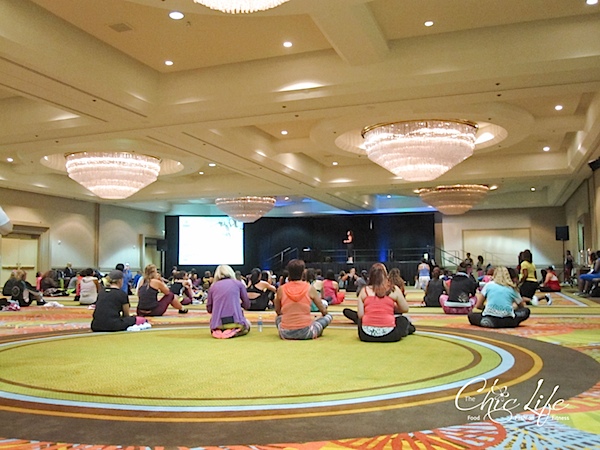 My first session of Day 4 was Hip to Strip where the tagline is, “Dancing naughty is good for the body.” Well then! I knew something fun was ahead when presenter Ann Saldi kicked things off with that one liner! Ann was a wonderful presenter – funny, engaging, and great at instructing. She had a certain spunk that was simply contagious and put the whole room at ease to feel confident in their dancing skills, as well as, in themselves. This was definitely the kind of class where dancing like no one’s watching is encouraged. 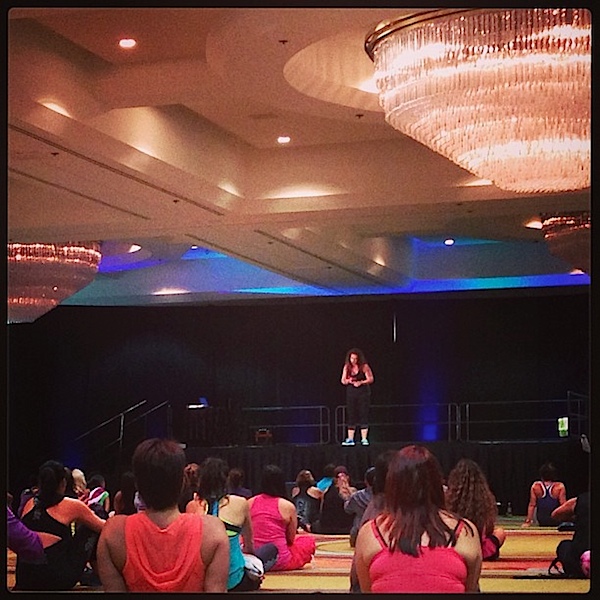 We learned some basics (history along with some moves) at the beginning and then got to the main dancing pretty quickly. The format of the class was simple. Ann broke down a song, eight count by eight count, slowly building as we went. Once we had all the components down, we did the song in its entirety as a “dress rehearsal.” Then, we did the song one more time as the real deal. Then, we moved onto the next song. We did this for four songs, including Blurred Lines and Burlesque, and then at the end, we ran through all of the songs in one big go. It was so fun, and Ann even pulled all the guys in the class (there were about eight!) on the stage for Blurred Lines. I can’t believe I waited three years to do this session! 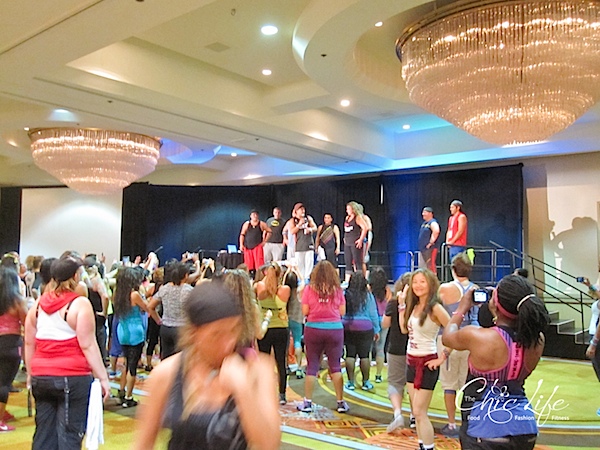 Beto made a guest appearance near the end of class and taught us a few steps to Britney Spears’s song, Toxic. Of course everyone went crazy rushing the stage and taking photos left and right. 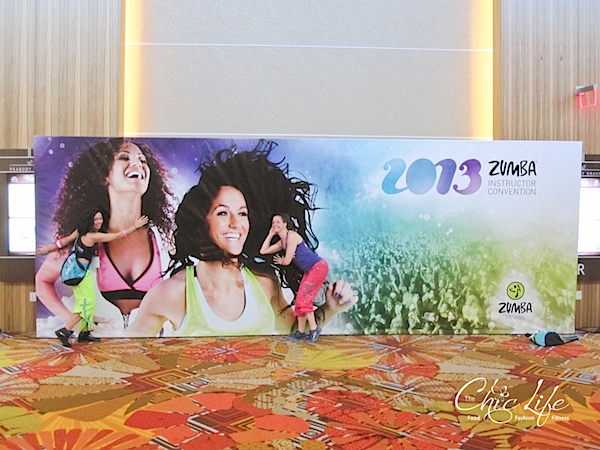 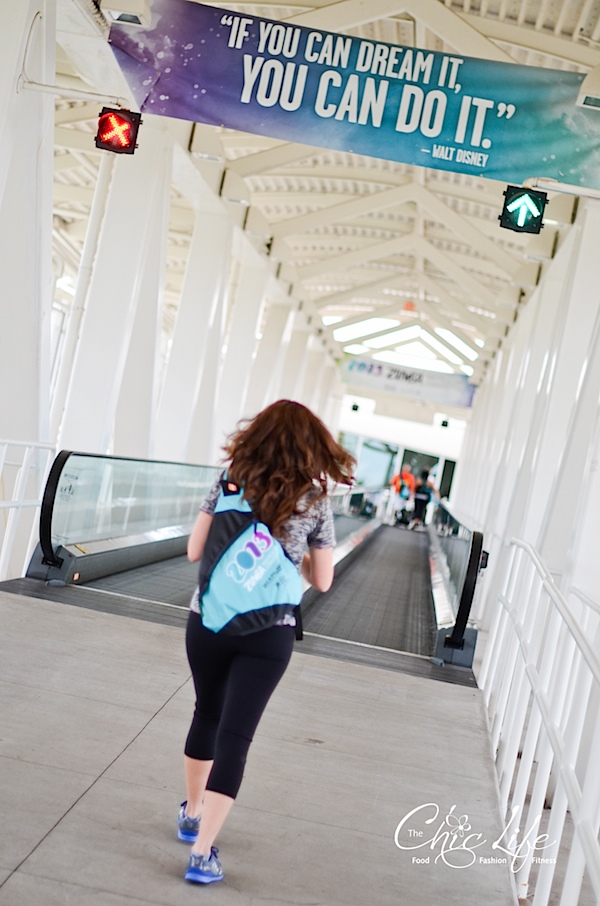 {another inspirational quote – “If you can dream it, you can do it.” ~Walt Disney} 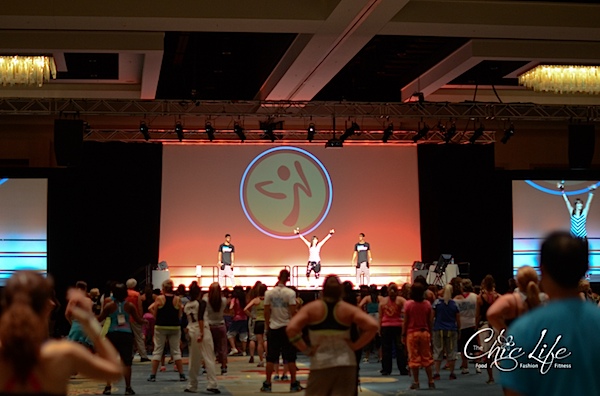 My second and last session of the day (and of convention!) was a favorite from last year – Latin Pop with Lindsey Taylor! 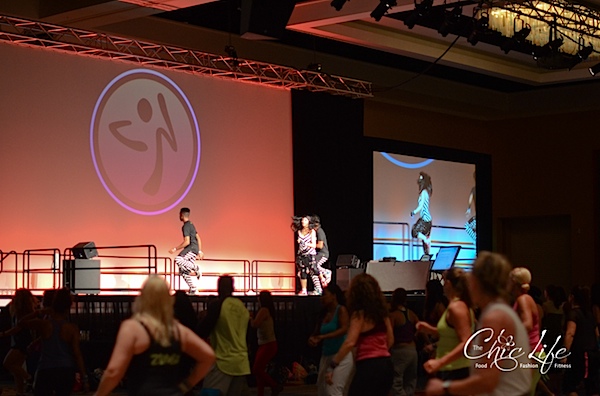 I’ve been searching for my Zumba style for awhile, and I really connected with Latin Pop last year. The songs are upbeat, fun, sassy, and playful. They’re songs you may or may not have heard on the radio by well-known artists like J. Lo, Pitbull, and Enrique. I also really liked Lindsey’s instructing and dancing style, along with her choreography, so I really enjoyed this session all around. 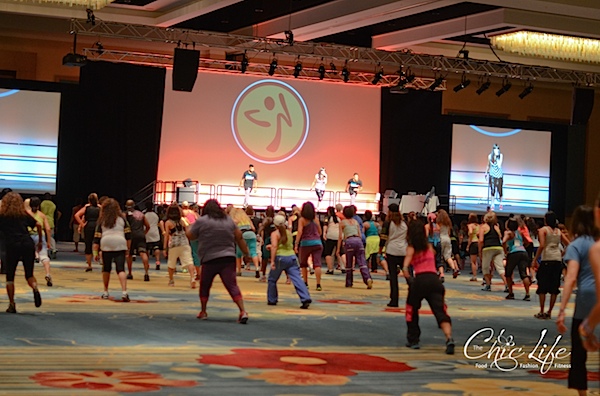 Lindsey started the class with a welcome and a warm up. Then, she (and her crew) broke down several Latin Pop basic moves, and then put it all together with a lively master class. Even though I was feeling pretty tired by the last day of convention, Lindsey and the boys and the music inspired me to move. Plus, knowing this was the last session meant I could put every last ounce of energy I had into my dancing.

Since we were driving eight hours back home immediately after the session, I hadn’t planned on getting a photo with the Latin Pop team, even though I really wanted one. But, after changing for the road trip, I passed the room one last time and realized the line had only about five people left in it. Plus, Sarah wanted some coffee before we left, meaning we had about 10-15 minutes before it was time to go. I decided I’d rather have a photo with Lindsey and the boys than coffee, so I went back into the conference room to stand in line. I’m so glad I did.

After leaving the hotel, Sarah and I made the long trip back to Charlotte, getting back into town right around an early 1:45am. Phew! We may have to consider doing the beach trip either after convention next year…or before and after! Hmm…now, that sounds like a plan!

I’m so thankful to have been able to enjoy Zumba Convention for another year, and I’m hoping to make it to many more!