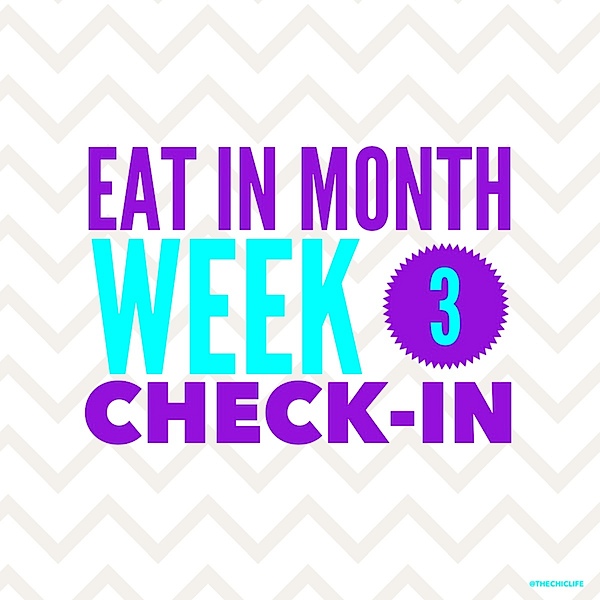 We entered the last half of the Eat in Month 2015 Challenge with Week 3. I’m ready for a little eating out, but I feel like I’m doing pretty well with the challenge so far. Our meals have been pretty simple. I thought I’d have more time for meal planning. But a meal plan is better than no meal, even if I don’t have new or fancy recipes to test out. Maybe next month I will experiment more?

You can check out my meal plan for Eat in Month Week 3 by clicking here to see what I planned. Here’s how I did: 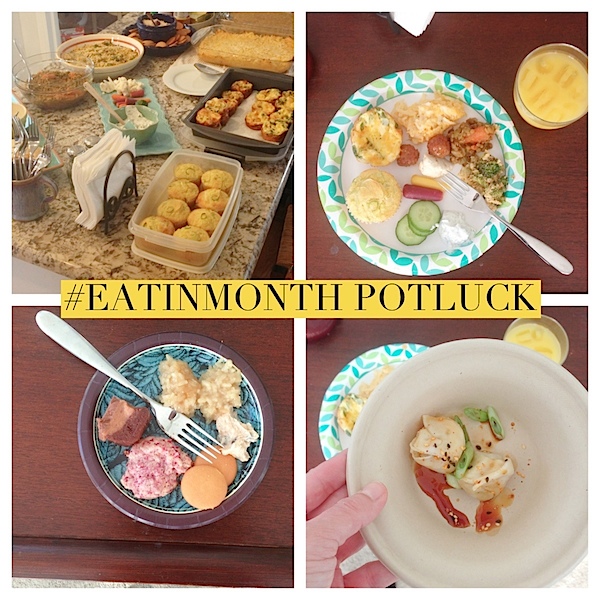 Sunday, January 18, 2015: My Epic Eater friends came over on Sunday for an Eat in Month themed potluck. Many of the ladies are doing the challenge, too, so it was fun to eat in together. And you guys have seen many of them on my blog before. As you know, they can coooooook! We had so many delicious eats to enjoy, including leek cornbread muffins, Russian dumplings with an assortment of toppings, mini frittatas, hash brown casserole, Katie’s vegan broccoli casserole, braised lentils, my Orange Marmalade Meatballs, cookie dough dip, cookies, my mom’s Filipino sweet rice (I owe you this recipe!), and Katie’s vegan triple layer almond butter brownies. 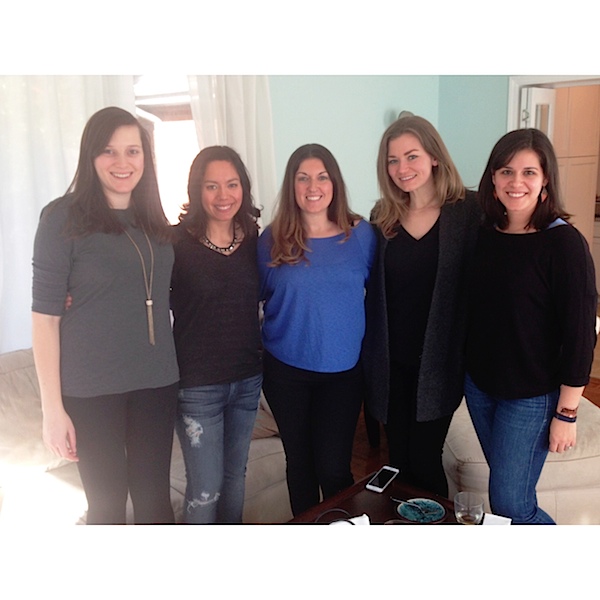 {Kseniya, me, Erin, Katy, Monica, and not pictured – Jen and Katie} It’s always a fun and delicious time with these guys! 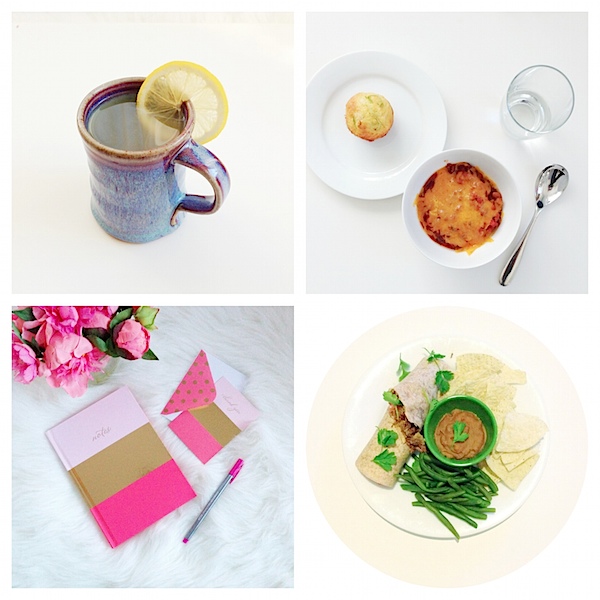 Monday, January 19, 2015: I had Monday off from work, so we tried a slow cooker recipe for pulled beef tacos. While that cooked away, I also enjoyed some Honey Lemon Ginger Tea (from scratch – recipe coming soon!) and slow cooker chili leftovers (with one of Monica’s delicious corn muffins).

Side note: Have you seen all the cute stationery at Home Goods, TJ Maxx, and Marshalls? I’m finding the cutest stuff and having a hard time not wanting to get one of each. 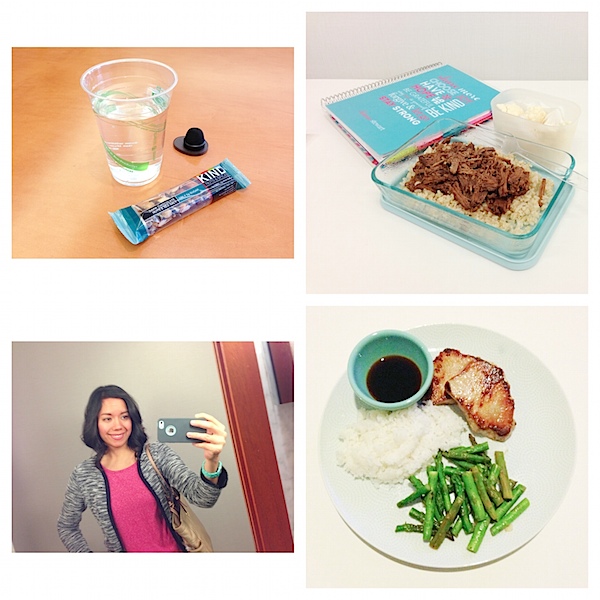 Tuesday, January 20, 2015: Tuesday’s eats were simple. I had a KIND bar for breakfast, leftover pulled beef as a taco bowl, and mom’s pork chops.

Other side note: I’ve been straightening my hair and doing loose curls while the weather is cooler and dryer. Does anyone else tend do one style during one season? I feel like my natural waves are harder to style at this time of year and the straighten/loose-curl look would be harder when it gets warmer. I guess I’m going with the flow. 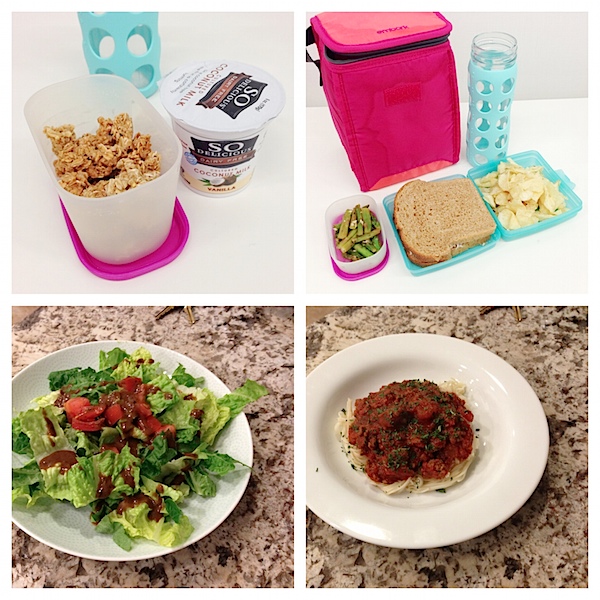 Wednesday, January 21, 2015: On Wednesday, I cracked into my Back to Nature Chia Almond Granola and had that with some So Delicious coconut milk yogurt. This is just one of the easiest breakfasts I do, and I love the mix together. I especially like that it can be grab-and-go so I can eat it at the office. And as new tradition, it was spaghetti night. 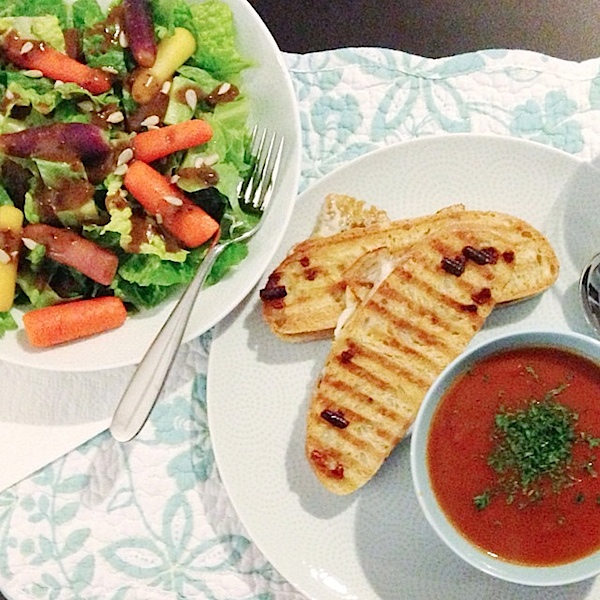 Thursday, January 22, 2015: On Thursday, hubby was really excited to make grilled cheese sandwiches. They were really paninis, but close enough. We had them with some boxed tomato soup. I don’t know why we don’t do more simple meals like this more often. This one took so little time to throw together, and we really enjoyed it. From-scratch soup would have been better, but this worked okay for a quick week night meal. 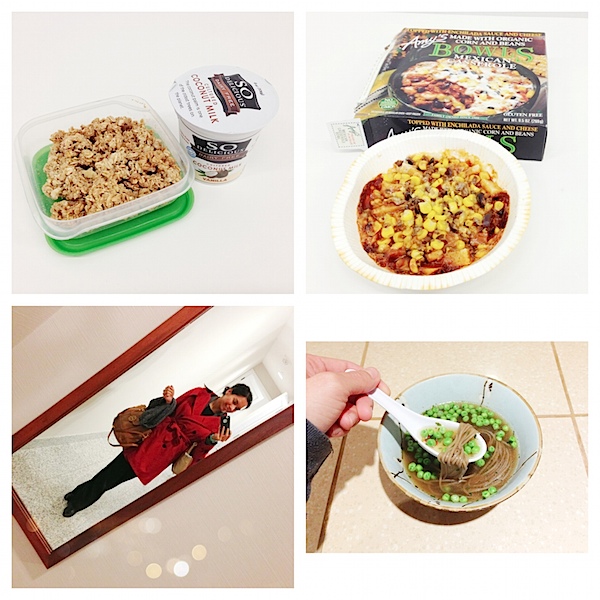 Friday, January 23, 2015: Does anyone else like to compare how frozen meals look to the picture on the box? Whenever I post a photo of a frozen meal, I like to put the meal side by side with the box photo so you can see the difference. Regardless, these Amy meals are really good, especially since I don’t love the way meat tastes cooked in the microwave. I worked late on Friday and then came home to pack and hit the road to visit my parents. We had more paninis before we left, but I made a quick noodle soup at my parents’ house since I was a little hungry when we arrived. I posted the “recipe” on my Instagram along with the photo. 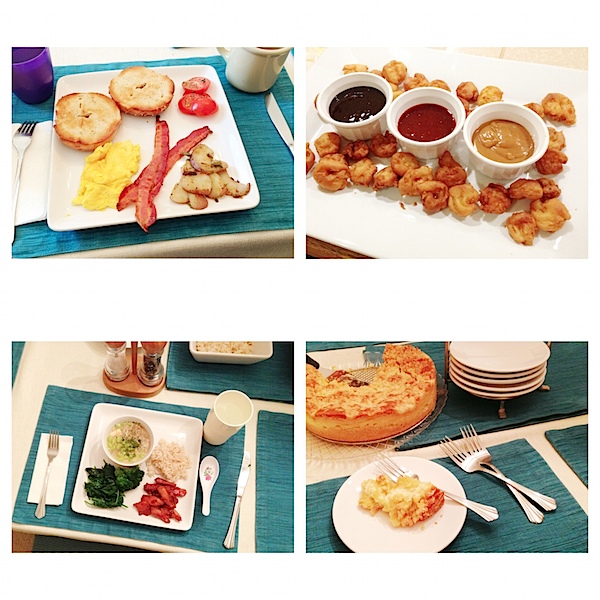 Saturday, January 24, 2015: On Saturday, we celebrated my mom and hubby’s birthdays. Sissy’s SO made the most delicious fried shrimp I think I’ve ever had. Impressive! They came with not one but three dipping sauces! Surprisingly to me, the Thai chili was my fave. I didn’t think I’d like it since it sounds so spicy, but it wasn’t too hot at all. We also had miso soup, honey ginger chicken, steamed veggies, brown rice, and streusel cheesecake (a Pampered Chef recipe).

All in all, another great week! Though some days were a little challenge for eating in, I generally felt like the challenge has been pretty easy this year for us. As I’m typing, it doesn’t even seem like we’ve been eating in for almost an entire month already. We’ve had a couple times where we wanted to use our cheat pass, but nothing too pressing. We may make it the whole challenge without using it! What about you?