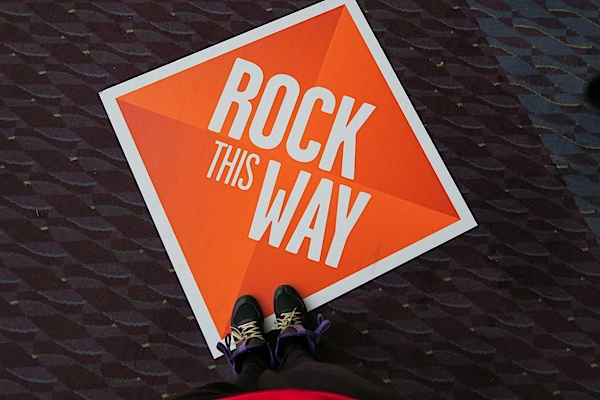 After enjoying a great first day of Zumba Convention 2015, Day 2 was looking promising. I had great sessions (Hip Hop Turn Up and Latin Pop) and the Fitness Concert to look forward to.

Hip Hop Turn Up with Gina and Dahrio Wonder 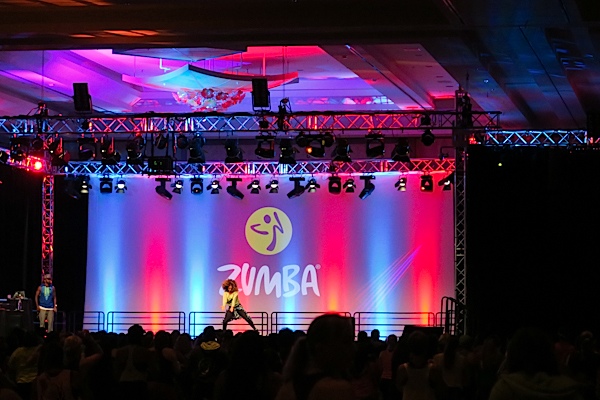 I enjoyed Hip Hop Turn Up so much in 2014, I decided to do it again this year. I tend to have two left feet when it comes to learning really choreographed dances. That’s one of the reasons I like Zumba so much – the moves repeat a lot and you generally do one for a period of time rather than many different moves changing on each beat or so. Still, it’s fun to switch things up and try dancing outside of your comfort zone. You learn the most when you’re least comfortable. 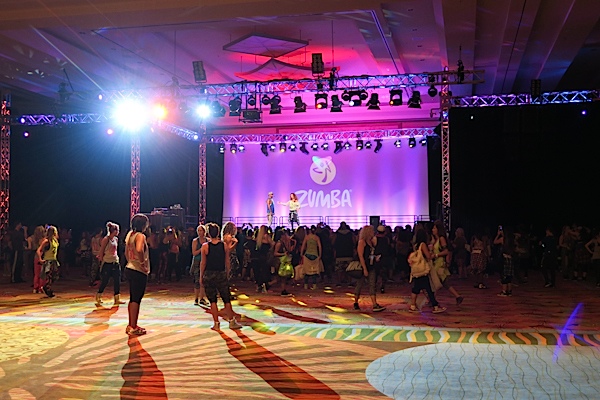 In Hip Hop Turn Up, you get a mix of choreographed dances along with songs more in the traditional Zumba song format. We started learning a few pretty simple eight-count choreographed sets. I don’t have a dance background and am probably not explaining this right, but it was like you learned a mini routine that lasted for maybe 4 sets of 8-counts. And Gina and Dahrio did a great job selecting moves that made you feel cool but were also pretty easy to follow along. Then, they selected some of those moves to integrate into the more repetitive sets used in other songs. The combination helped me feel like I actually knew what I was doing, so I appreciated that…and it helped me really get into the dances. Thank you, Gina and Dahrio, for making me feel successful with your hip hop session.

I also didn’t realize, but they ran a contest for hip hop choreo and selected two winners to present their songs to the session. What a cool way to shine the spotlight on some of the ZIN family. Spreadin the love… 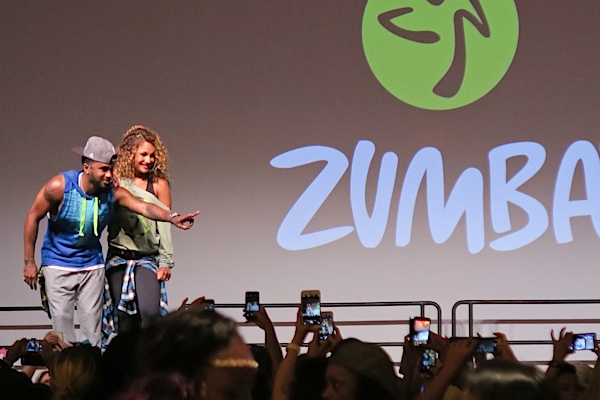 Aren’t they cute together? They present so well together, too. 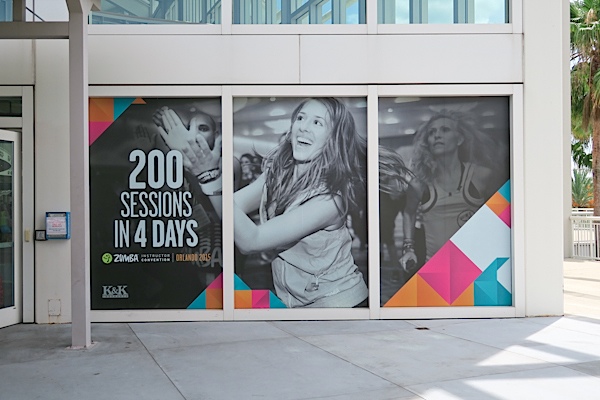 200 sessions in 4 days. That’s a lot of sessions. Maybe one day I’ll have tried all of them? Sessions change (are removed and added) over the years., so this may be difficult to do. But, it would be fun to try. 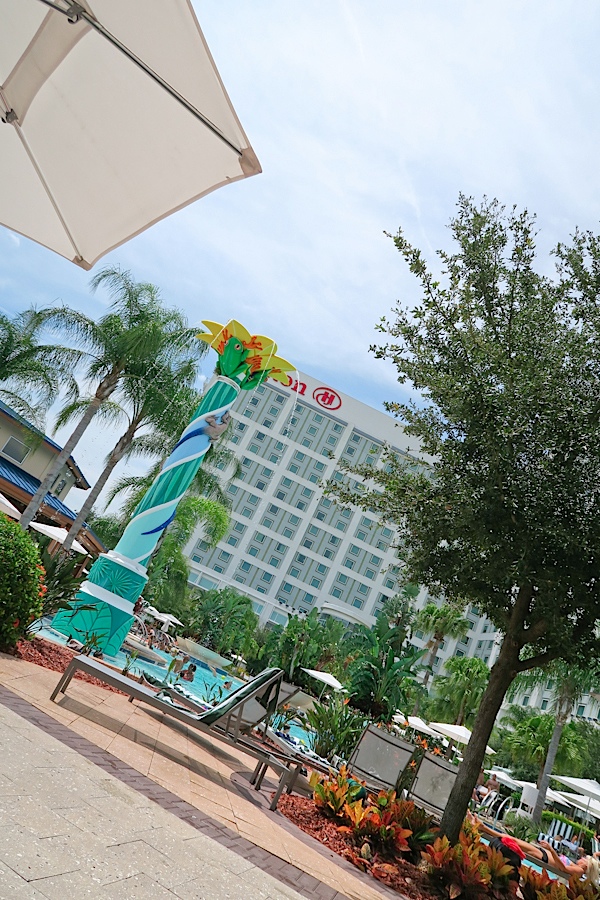 The schedule always tricks me a little. There are large breaks in between sessions. They’re usually anywhere from 1 1/2 to 2 hours long. Somehow the time always gets eaten up. The schedule is always on time, but I do like to stay after to take pictures. I should probably pay more attention to where my times goes.

On Day 2, I actually had a large break in the middle of the day, so I took a quick trip to the Hilton Orlando pool. It was super busy, but it was nice to enjoy the relaxing breather. ZinCon is always so go-go-go and full of excitement overall. 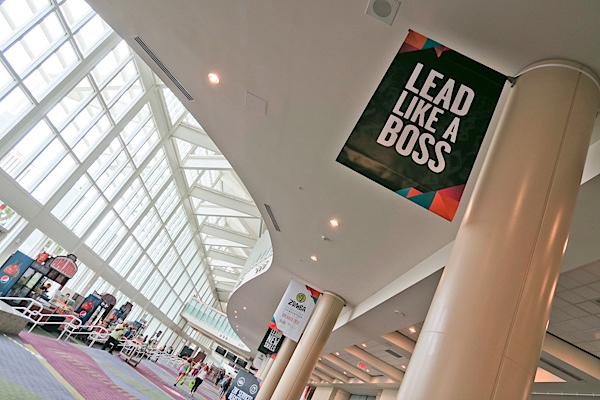 After a quick change, it was time for more dancing. 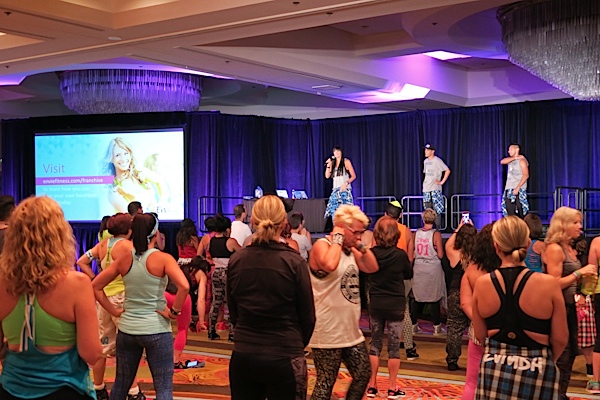 Latin Pop is the spirit animal of my ZinCon sessions. Lindsey’s style of teaching and the music feel the most natural to me. I would say the words that come to mind when I think of Lindsey’s session are: sexy, fierce, and empowering. These are goals for how I’d like my classes to feel – especially the last two. She not only taught us some super fun yet simple dance moves, from house to waacking to vogueing, she also lifted the crowd up with her encouraging words. I was not only feeling the music, I was feeling the love too.

My favorite songs were: Baddest Girl in Town, Back It Up, Don’t Stop the Party, and Until It Beats No More. 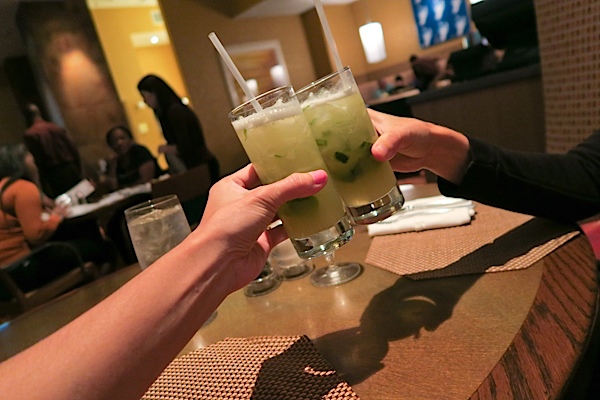 Angie and I had planned to go the pool restaurant for pizza, but it was raining so hard when we left Latin Pop. We decided to stay inside and try out David’s Club Bar and Grill at the Hilton Orlando. I can’t believe I haven’t eaten here more. We were so impressed. 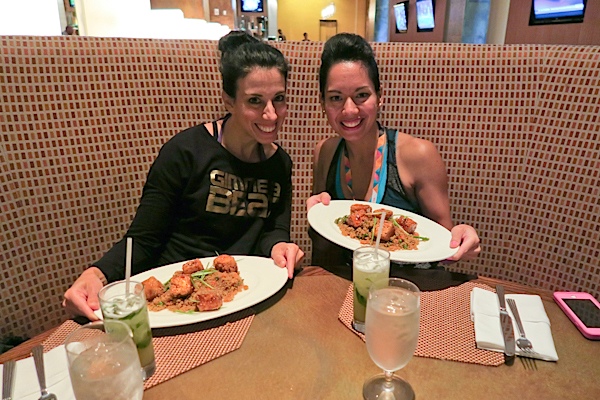 We had the tofu with quinoa. Angie was really excited because she was able to eat it since it met all of her allergy requirements. This dish was so good. I loved every bite. The tofu had a tangy-sweet sauce on it and appeared to be quick-fried perhaps. It seemed to have a light coating of something on the outside. Maybe it was rice flour since the entree was gluten-free. I don’t know, but I wish I could eat it once a week, I liked it so much. 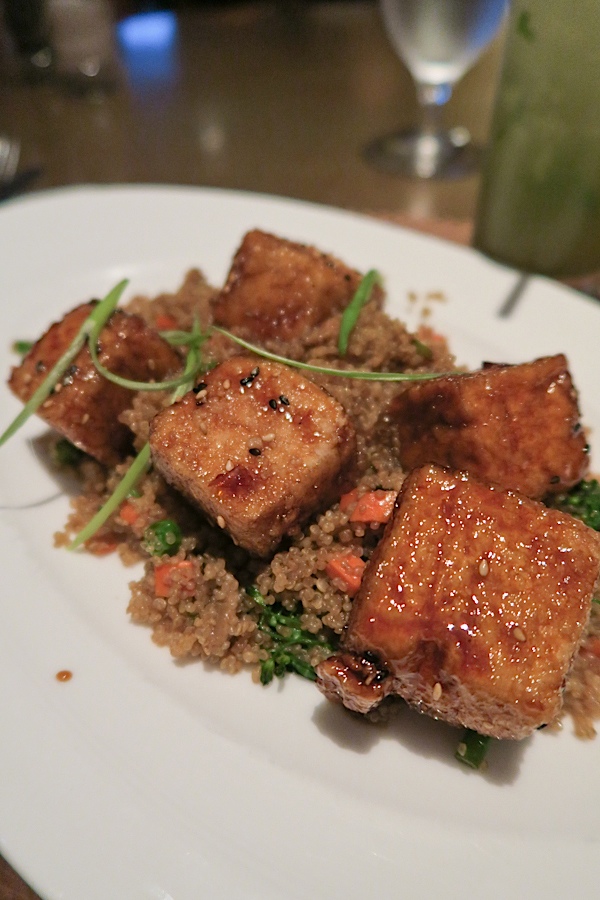 I’m definitely going to try to re-create it since Orlando is pretty far away, but there will be no comparing to the original. Everything was flavored so well. And the interesting thing was it had an Asian-flavor to it, but it was made without soy sauce. I won’t tell you what the secret ingredient is…yet.

Next up – the 2015 Fitness Concert! Check back (later today) for that.

I took so many photos from the Fitness Concert and could only narrow it down to 14. So, I decided to make a separate post about it so the post isn’t too bogged down with photos and loads relatively quickly. Until then, you can watch my vlog that features all of Day 2 including the Fitness Concert.

And if you could give my video a thumbs up, I’d really appreciate it, too.

For more, you can click through my other ZinCon 2015 posts: