I actually remembered today that I had an early work meeting and got ready a little early for it. 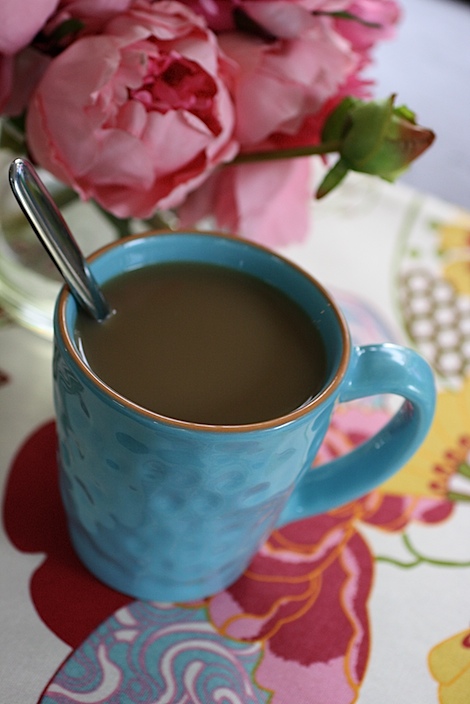 I did make sure to have a nice mug of coffee (freshly ground Larry’s beans from Earthfare). These mugs were such a good investment. They make me so happy. I love it when simple things can do that.

For breakfast, I celebrated Bagel Day Friday with a pumpkin bagel with pumpkin schmear. I don’t think I’ll be wanting that combo after Thanksgiving, so I have to get it while the getting’s good! 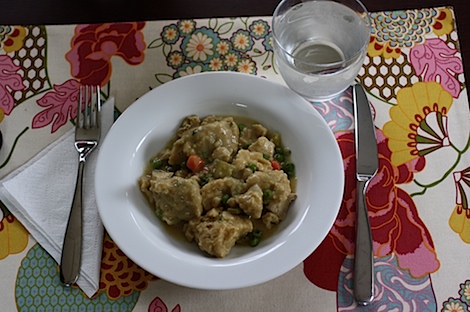 I worked the second half of the day from today, which meant HOT FOOD! So hard to heat things up at work. I think it’s a pain to carry a lot of things, i.e. laptops, bottled water, packed lunches, whatever, all day, too. 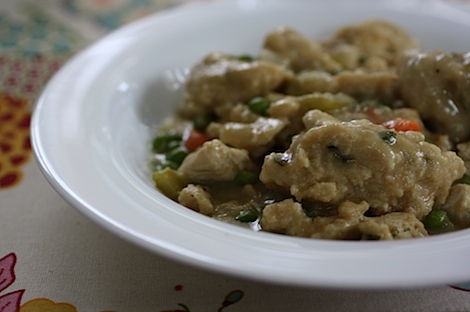 I had leftovers from last night’s Organic Chicken and White-Wheat dumplings. I don’t like the way things taste re-heated in the microwave, so we heated ours on the stove with a tad extra water and covered tightly with a lid. 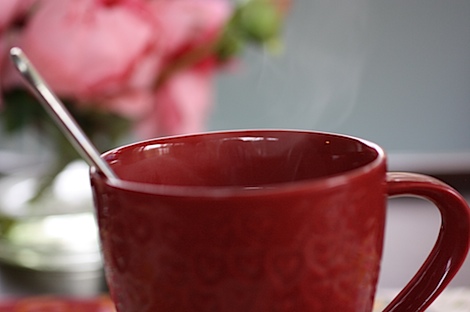 I followed lunch with a mug of hot Celestial Seasonings tea in Lemon Zinger Green Tea. I tried to capture a picture of the lovely steam for you guys. Tough stuff to capture on camera!

This work week has been more difficult than normal resulting in a rather exhausted me. I felt like napping on the couch (and you guys know I don’t like to nap) – NOT working out. But, I told myself I’d feel better if I went to zumba, and you know what… 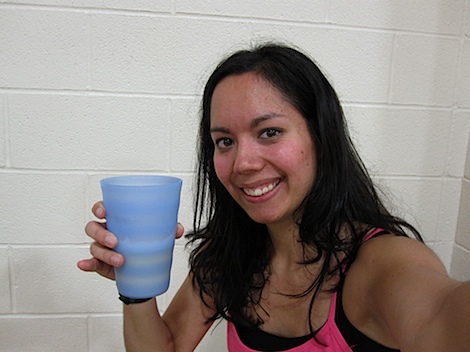 …I went to zumba and I DID feel better! Here’s me right after class with a lovely Aria protein shake. Love that stuff! 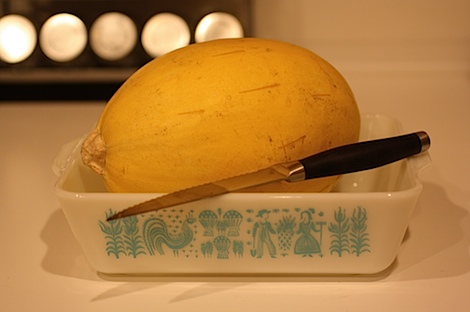 When I got home from class, I poked a spaghetti squash and got it cooking in the microwave while I showered up.

Careful when you are poking holes in your squash people! I found my knife often got a bit lodged in and my instinct was to whip the knife back out, which is dangerous. Instead, I patiently and carefully jimmied the knife out with as little pressure as possible. Safety first, please! 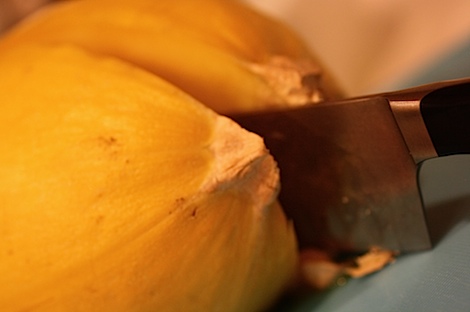 These guys are MUCH easier to cut into halves after being cooked. They’re hot stuff, though, so you have to watch your fingers. 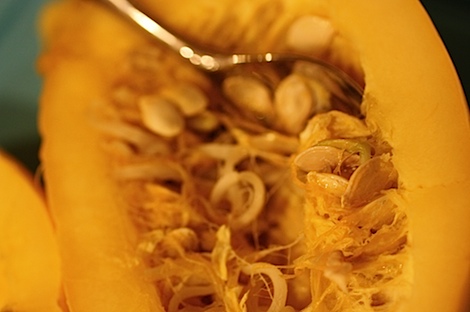 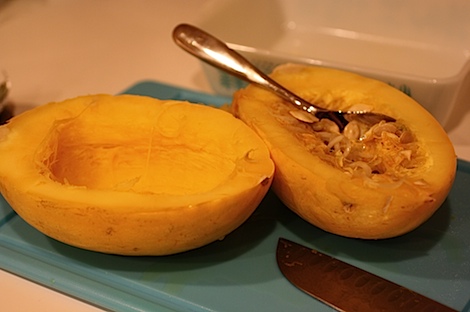 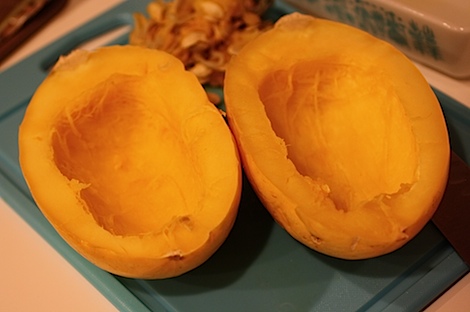 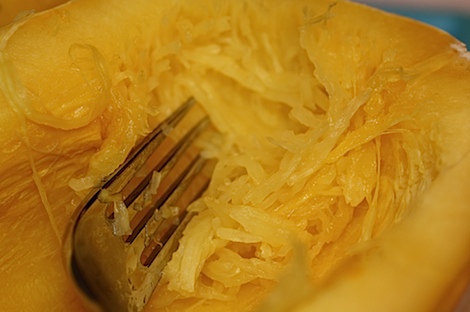 Dig in with your fork – gently scrape the sides of the squash to get out your “spaghetti”. 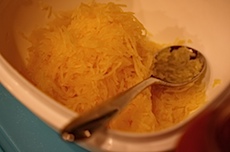 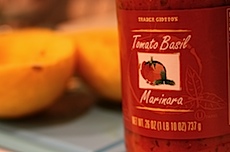 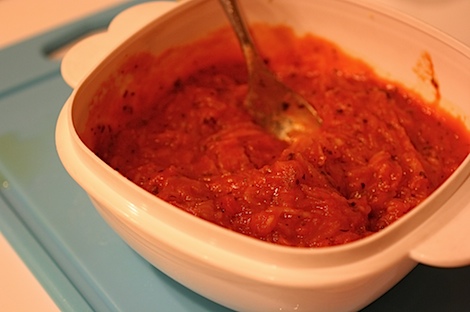 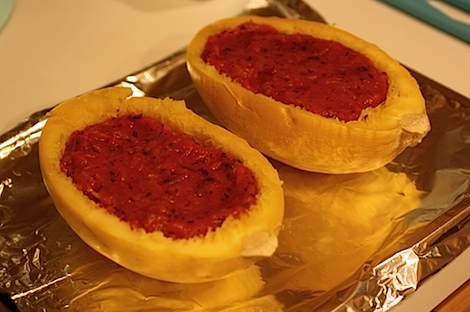 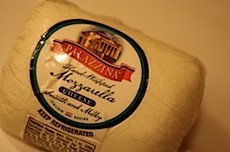 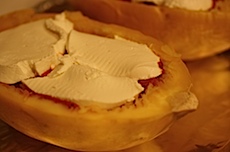 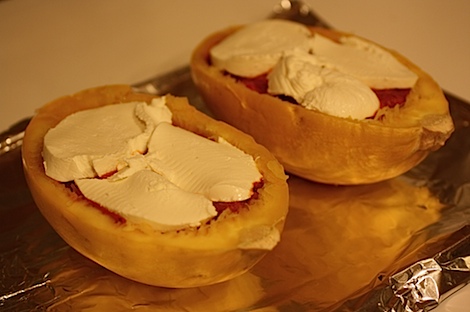 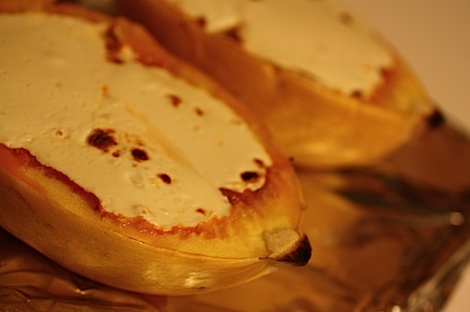 Bake at 350 degrees F for 10 minutes. Broil to brown cheese once melted (I ran mine for about 2 minutes). 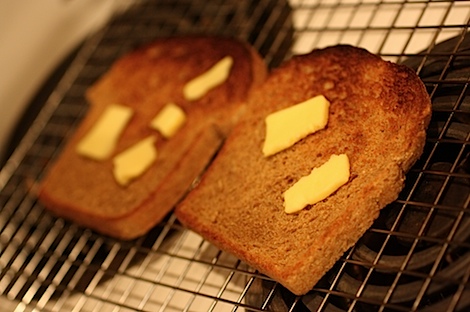 I also toasted our bread under the broiler since we don’t have a toaster yet. 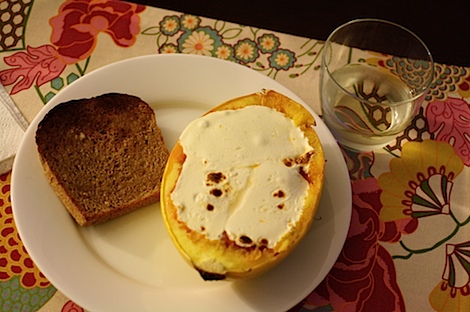 It’s not the fastest dinner in the world, but it is darn easy and only requires 3 ingredients! Not bad for a simple vegetarian dinner option. 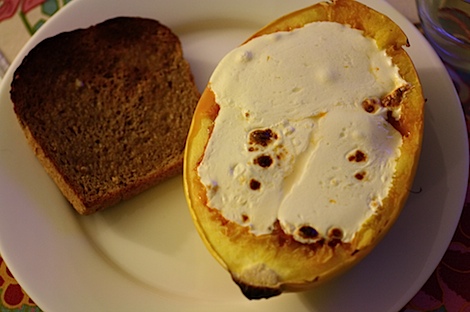 That’s RIGHT – I made the switch from regular butter to organic. Yippee! It was more expensive, but I think it’s worth it. 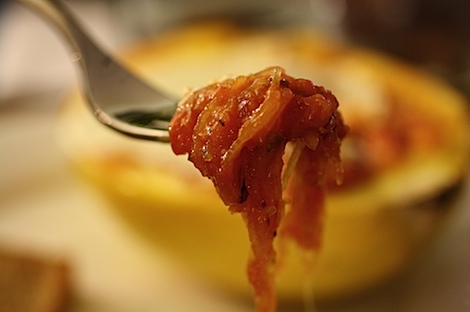 I LOVED mine, but hubby didn’t care for it. He prefers meat in his meals. 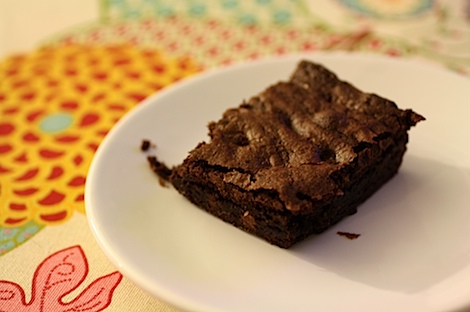 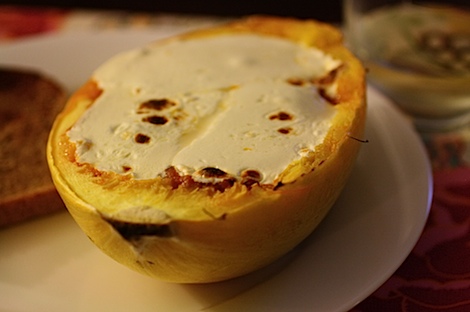 Enjoy!
In other randomness, I can’t get the new Lady Gaga song out of my head…Bad Romance rocks! What do you think? Are you a Lady Gaga fan?