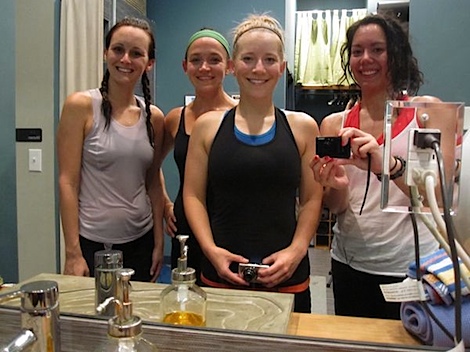 Kath talked me into waking up extra early this morning for hot YOGA at Y2Yoga! 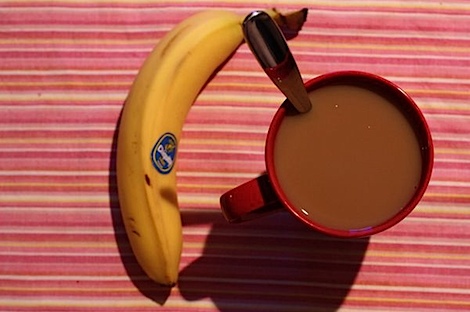 I was up around 5:45am (earliest I’ve been up in a long time!) and had a banana and some coffee. I was hoping this would give me some fuel but would also digest quickly. 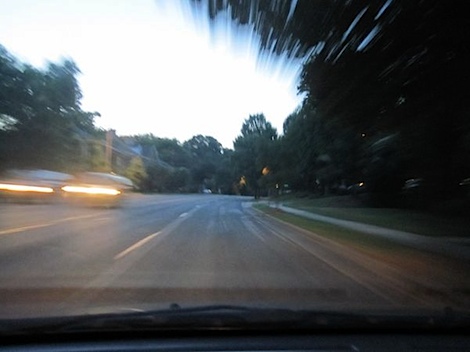 It was still dark when I left the house and was slowly getting lighter.

I was immediately reminded of early mornings spent in high school waking up at the crack of dawn, going to the skating rink to have lessons while the rest of the world was seemingly still asleep. I never was good at waking up early. Sometimes I slept in my skating practice clothes just to save time. Sometimes I only allotted myself 5 minutes to throw clothes on and run out the door – it maximized my sleeping time. It would often be pitch black outside even when I arrived for figure skating practice and I hit the ice at 6:45am (that means arrive closer to 6:30 with 15 minutes to do off-ice warm ups and stretch and put my skates on). My coach would give me just 5 minutes to warm up before he wanted to start working on jumps. First, we’d try the double axel. Then, the triple salchow. Those were some rough mornings. But some good ones. I miss those days of training at the ice rink. 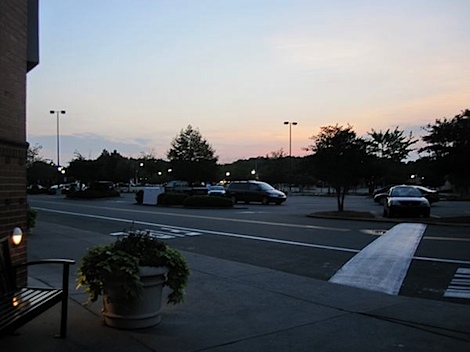 I forget how peaceful the world is that early. It’s quite lovely.

Soon enough it was time for 6:30am hot vinyasa. I actually haven’t done yoga in roughly 3 years thanks to a wrist injury. In my pre-zumba days, I was quite the yoga-fanatic. I had a favorite teacher and drove 45 minutes after work to visit her because she was so good. I fell in love with her teaching at her first class when her music system was broken and she sang to us instead for the last 5 minutes of class. After she quit the gym where I was a member and then the wrist injury, I started looking into dance fitness classes and found ZUMBA!

And while I adore and am infatuated with my zumba, there’s something about yoga that makes you feel strong and relaxed at the same time. I’ve often wanted to go back but feared my wrist wouldn’t let me (I did try a couple classes after my wrist injury and it was too painful).

But this morning, I went to yoga anyways and hoped for the best. 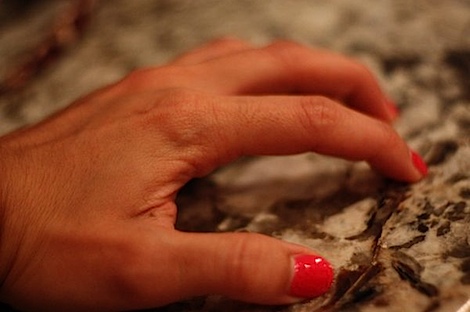 I asked Tanner before class about the wrist thing and he said to dig your fingers into the ground. NOT like the above photo – not so cupped. 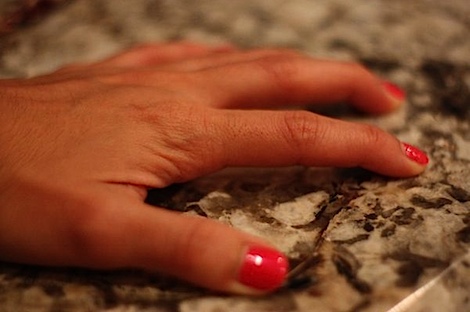 More like this – like you’re digging your claws/fingertips into the ground. Apparently this helps take the pressure off your wrist. It certainly seemed to work today.

I forgot how hot hot yoga is! I loved the heat. I felt like it helped my muscles relax, even though I was dripping sweat so much the whole class I was practically watching streams of sweat slowly roll down my arms and I felt hot beads of sweat dripping down my face. Luckily, I brought a towel to help wipe off.

About half way through class I started to feel a little dizzy and like I may throw up. I don’t know if it was the coffee or banana not digested enough…or perhaps I was dehydrated…but I kind of wanted to leave the room. Instead, I just went into child’s pose for like 5-10 minutes and made sure to drink lots of water. I felt crappy for skipping so much of the class, but I was glad I was listening to my body. Passing out would have been much worse! 😆 I rarely used to stop in the middle of yoga before, but I guess I did pretty good considering how long it’s been since I last did it. I was surprised at how my body seemed to remember so many moves. Guess that’s muscle memory for ya. So smart!

My wrist held up decently, as well. I wonder if having stronger arms helps? I wasn’t in as good of shape when I last tried yoga post-wrist-problems. I feel like having more arm strength would help alleviate pressure on the wrist, but who knows? 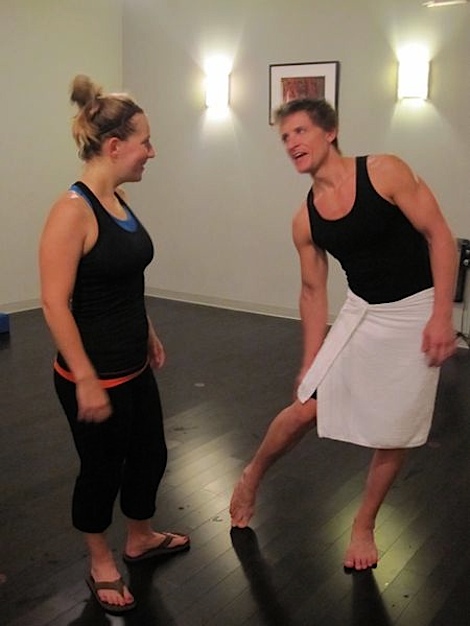 Anywho, I was really glad I went to yoga today! I can see why Kath and Emily like Tanner so much! 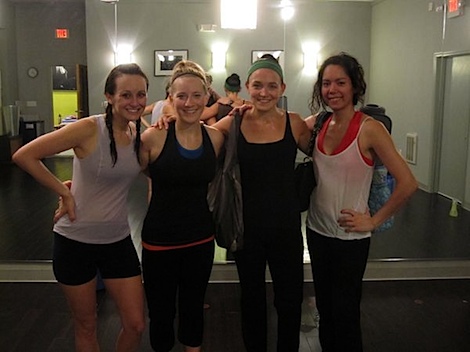 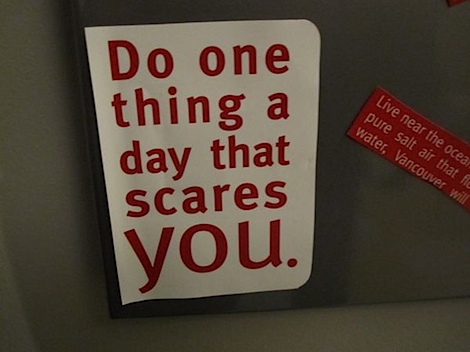 I saw this sign in the yoga studio. It says, “Do one thing a day that scares you.” Tanner also said this quote during class. I’ve heard it before and love it. The funny thing is that today, I did something that scares me – YOGA!

I’m constantly surprised at how much stronger my body is than I think. Just when I think I can’t run or can’t do yoga, here I am doing them all in one weekend. Just goes to show you it’s good to Own Your Strength. That’s the line I put on the Operation Beautiful signs I made with Caitlin for the 4 miler this past weekend.

I don’t know about you, but I feel like I constantly underestimate my own strength and endurance. Is it just me? I think I can’t do something but when I try, though it’s not always easy, or even do-able, I find I’m capable of so much more than I originally expected. I think sometimes you just have to reach deep within yourself and push yourself to go farther and do more. You may be surprised at the results, in a good way, of course! 🙂

Have you had a moment when you realized you were stronger than you thought? How did you Own Your Strength? Tell me about it.

13 thoughts on “Own Your Strength”