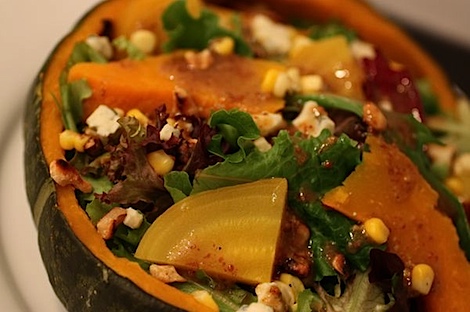 I’ve got a special kitchen experiment to share with you guys, and I’m so excited! 🙂

You see, with working 40+ hours a week, teaching zumba twice a week, going to other zumba classes, blogging, and just living a normal life, I tend to take shortcuts with my eats. Sometimes I only make things that can be quickly put together. But, tonight…tonight my friends, I took my time crafting a new salad creation! 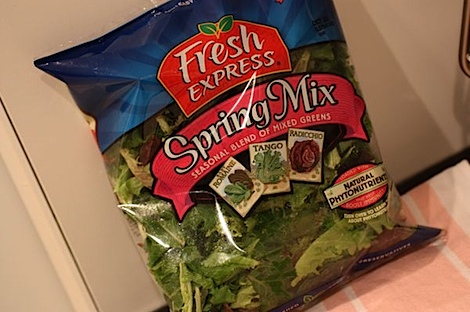 I recently received some coupons for free Fresh Express salad mixes as part of the Tastemaker Program with Foodbuzz, so I picked up some Spring Mix, which has a nice assortment of various greens.

At first, I was inspired by the salad I recently had at Roy’s in Florida, and I planned on creating a salad with a roasted squash base (I was thinking perhaps acorn squash).

But as I thought of other ingredients that are in grocery stores now: 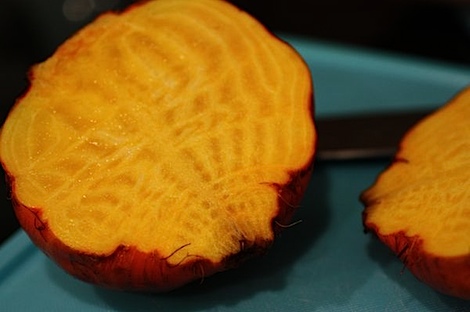 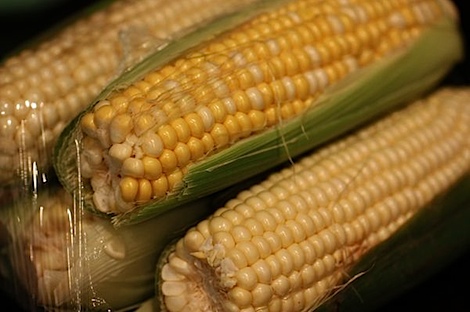 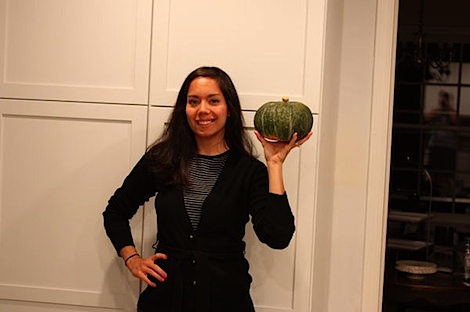 I decided to use the squash as more of a presentation layer and let the other vegetables shine.

I went with kabocha instead of acorn because I thought it would fit more salad. 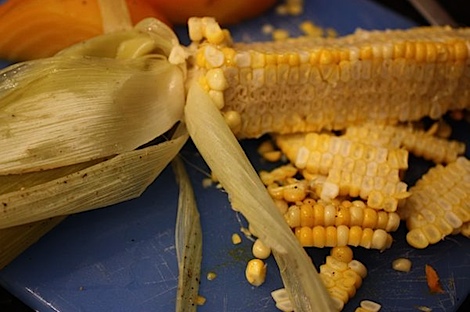 The chef in me came out when I had 3 items roasting away in the oven tonight: kabocha squash, corn… 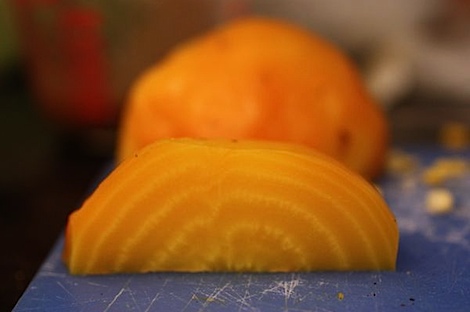 I actually cut the corn from the base and peeled the beets by hand. 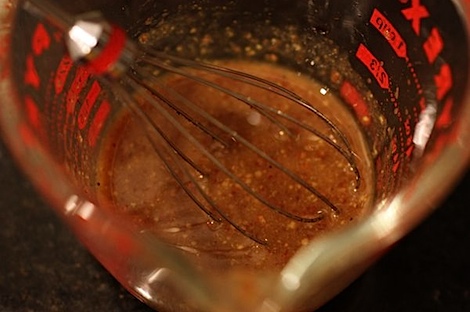 I even made a from-scratch dressing based on a brainstorm I had the other night – Maple Dijon Vinaigrette. 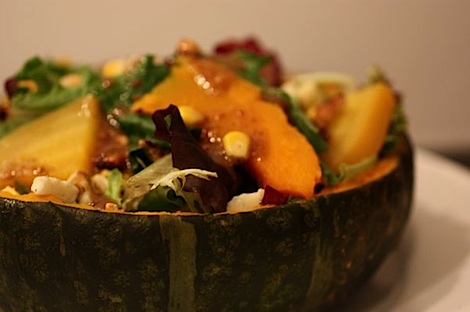 I ended up roasting the squash whole, then slicing it in half horizontally and scooping out the seeds and meat. I stored the squash inside for later, save a couple slices I added to the salad.

The hardest part of the recipe was waiting patiently for the veggies to cook and then cool. 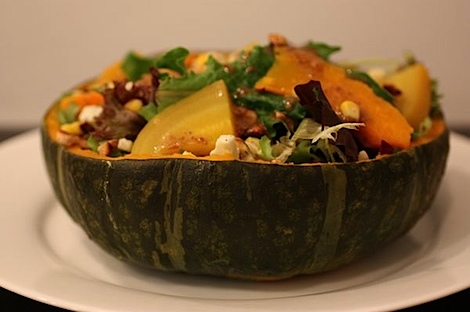 But after that, it was simply a matter of assembly. 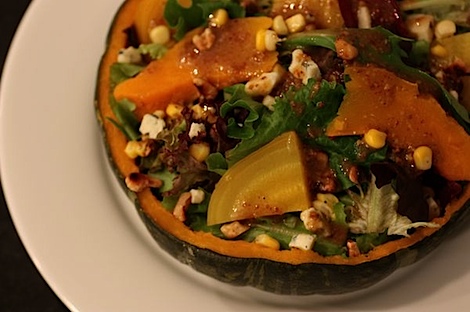 One thing to note…I think the kabocha squash makes for a really nice presentation for if you’re entertaining guests.

But, the squash bowl is totally optional.

I think this recipe could be created on a regular week day without the squash bowl step. 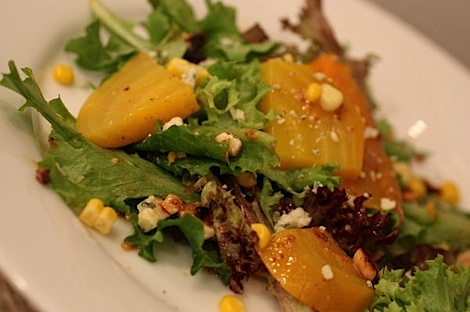 As you can see, the salad works well on its own… 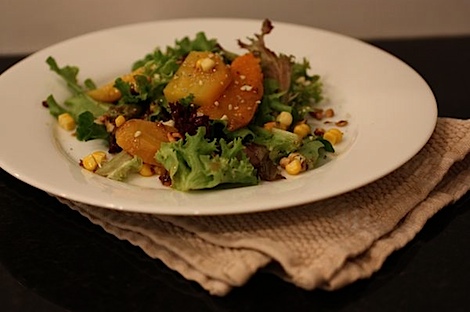 …and even looks pretty darn good without the kabocha bowl. 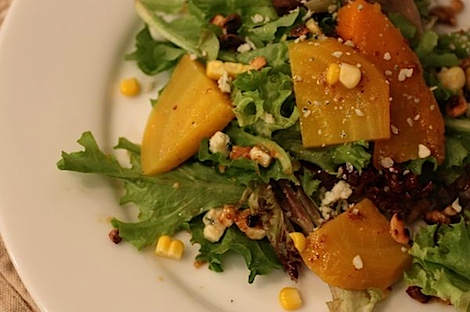 The combination of the sweet beets and sweet corn go really well with the Maple Dijon dressing, not to mention the gorgonzola cheese and toasted walnuts really add a lot of great texture and flavor. Don’t you just want to dig in?

I present to you…Golden Autumn Salad, which is named for the colors in the golden ingredients, but also for golden fall days glowing with the gentle sun and colorful leaves.

Directions (they look long, but I’ve added some notes and tips): 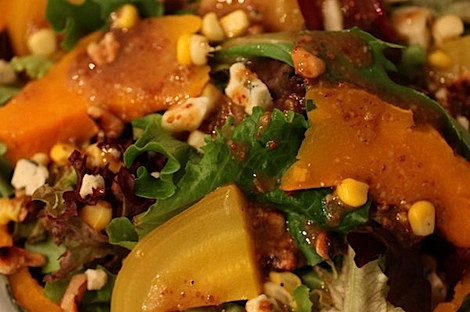