I was so excited for the weekend to be here. I ended up waking up really early, so I started the day really productive. Really, the whole day was productive, I was just out of the house for a lot of it. 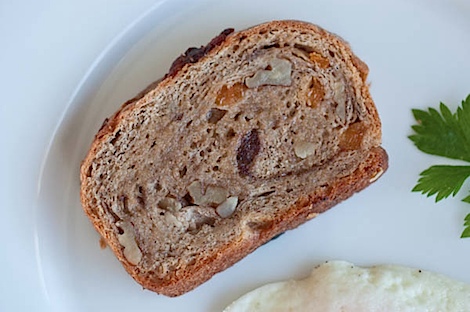 For breakfast, hubby and I had some of my mom’s famous dried fruit + nut bread… 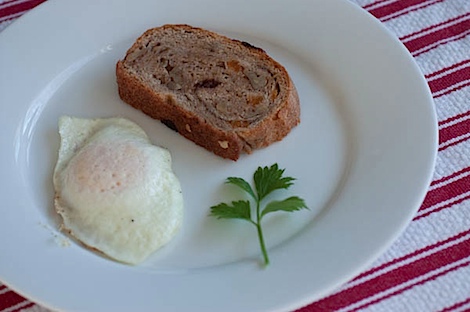 …with a fried egg for protein and to balance the sweetness. 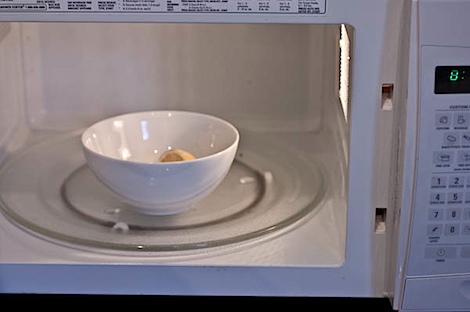 Have you guys ever tried the lemon in the microwave trick for cleaning? 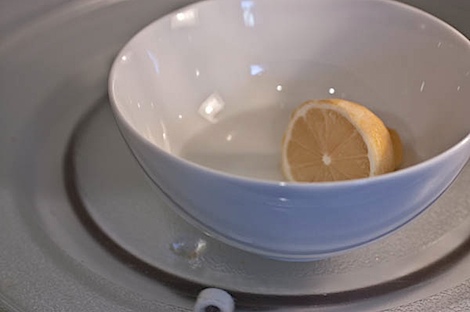 I used it today and it really helped. First off, I rarely use the microwave. I prefer to re-bake food or re-heat foods/drinks stove top whenever possible. Secondly, we have a microwave cover to prevent splatters from going all over the microwave. Yet, some how, it ends up with tiny food splatters. Hubby has promised he uses the microwave cover when he heats food up, so it can’t be from that…riiiight? 😉 lol

Anywho, for those who don’t know, you put half a lemon in a bowl with a bit of water and microwave (I went for 1 minute) and the steam loosens dirt and makes it easier to clean. I still used some mild soap and water to clean, but it still helped make the whole process more efficient. Not to mention the lemon smells nice. 🙂

I decided to go to a Saturday morning zumba class on a whim today. I went right after breakfast to a 10:30am class and then stayed after to work on choreo and chit chat. By the time I left class, I had 1 hour to get home and eat something before I had to head out again for a meeting! Yikes! And before I move on to lunch, can I say I’m pretty zonked! Phew, I’ve worked out a lot the last week! I went to class on Monday, taught on Wednesday, taught on Thursday, went to a ZES Master class on Friday, and then went to class today. Luckily, I have no plans to work out tomorrow. 🙂

Anywho, I hit up a grocery store on my way home and got some rotisserie turkey and green beans. I came home, quickly sauteed the green beans and heated up one of those tasty bagels. In my rush, I forgot we had more Flax Oat Bran, which would have been the better choice, but c’est la vie. Lunch still came together incredibly quickly. I had 10 minutes to down my food before it was time to head out again! 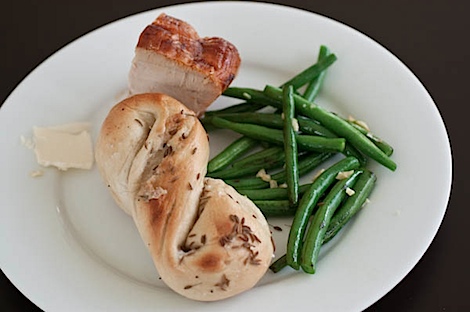 Normally, I would have just asked the Zumba instructor from the morning class if she wanted to get lunch or just get something on my way home, but thanks to Eat In Month, I had to get creative…and quickly! lol

I had a Zumba instructor meeting today with my company for roughly 3 hours. And then I went to the grocery store so I could pick up ingredients to make coconut macaroons. I couldn’t stop thinking about them but I was out of coconut and agave! 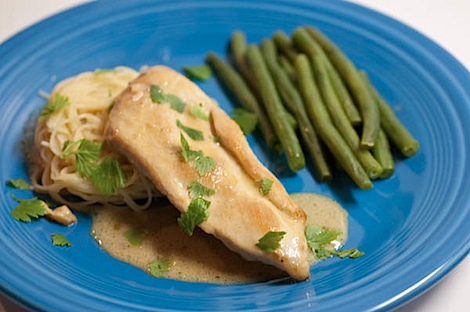 All this working out must be making me hungry, because I wanted dinner early. Well…early for us. I started cooking before 6pm!

I made sauteed chicken cutlets in a white wine mascarpone sauce. I said on twitter that I was going to use this Giada recipe, but I forgot we didn’t have any marsala. Doh! I did have white wine and mascarpone, so I just made up a sauce. It was really deliciously flavorful, but needs tweaking before I post. 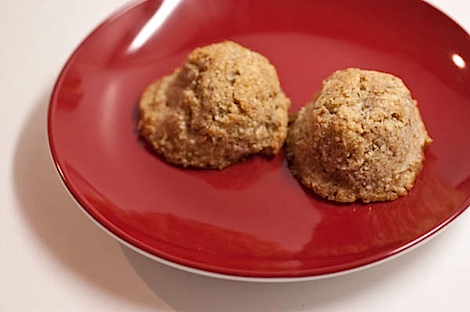 After dinner, I got started testing out some baked versions of these coconut macaroons.

300 degrees F for 15 minutes yielded lightly golden macaroons with soft insides. The centers may have been a wee too soft. I still enjoyed them, but they weren’t as set as the dehydrated version. 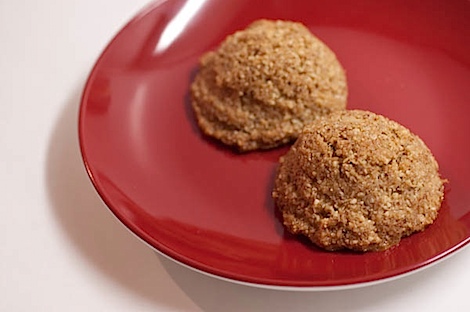 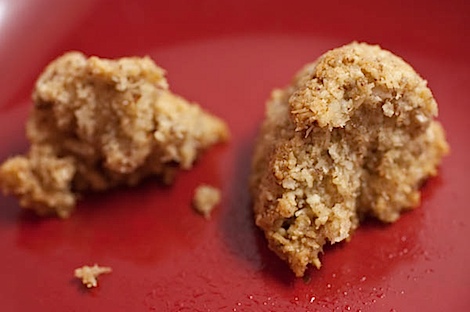 I finally settled on 250 degrees for 35 minutes to bake the rest of my macaroons, which yielded results similar to the 300 degree batch but more set.

I still think the dehydrated ones have the best texture – more chewy. The baked ones are not quite as set, though they do have that nice toasted-almond flavor. I’m sure you could achieve a more set texture if you baked at a lower temperature for longer, but I was being impatient. 🙂 Don’t keep me from my sweets peeps! lol

As a sidenote for those without dehydrators, there are instructions around the web for how to use your oven like a dehydrator (google for them – I don’t have any specific sites to link to). I just didn’t want to wait very long for my macaroons. I wanted them after dinner but not before bedtime! lol

On another note, my weekends have been feeling productive lately, but not organized. I used to employ more schedules and to-do lists when it came to my weekends, but somewhere over the last few years I adopted a more fly-by-the-seat-of-your-pants approach. lol I think I miss my more-organized self, so I’m going to work on getting more organized in general.

How you handle your weekends? Do you plan particular tasks, cleaning to-dos, or set aside a certain time of day to work on something?