I have a couple fun things in the works for you guys! 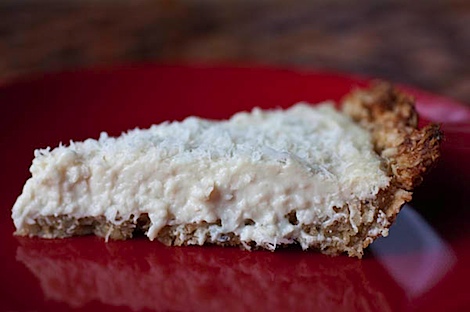 …and an announcement! Nothing too major, but read on for details. 😉 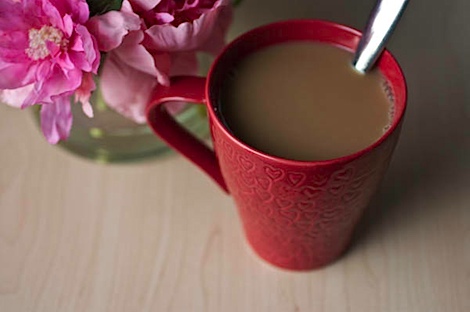 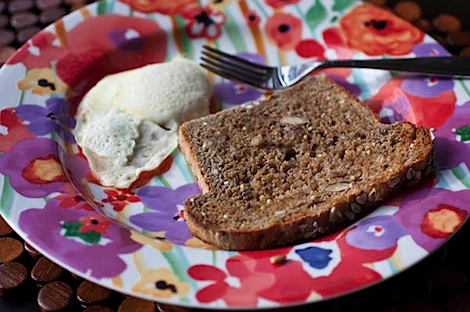 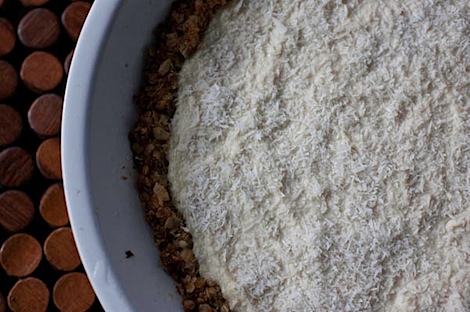 So I’ve been taste testing my new recipe all day. hehe 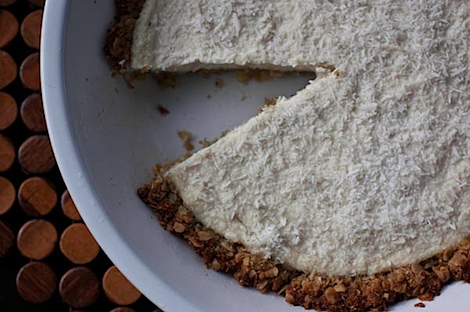 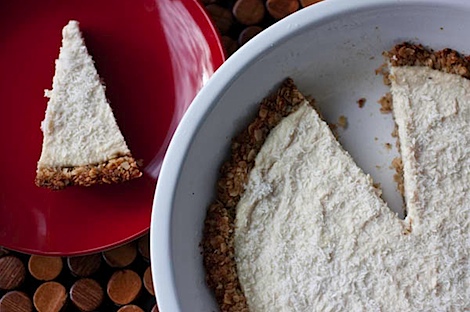 Sorry, but I don’t want to put one up that’s halfway done. 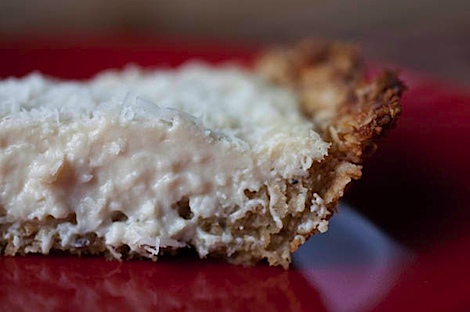 Possibly my favorite component of this recipe is the oat pie crust I made. I kind of just threw some stuff together and hoped it would work. And it did! 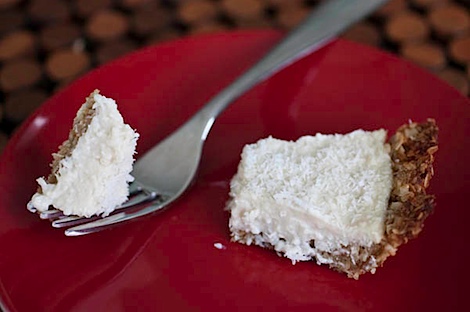 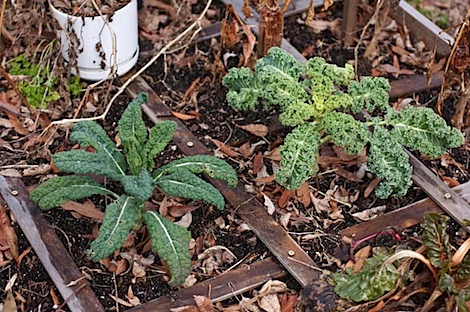 Can you believe the kale survived that snow/ice storm we had recently!? It’s still growing strong in my garden. 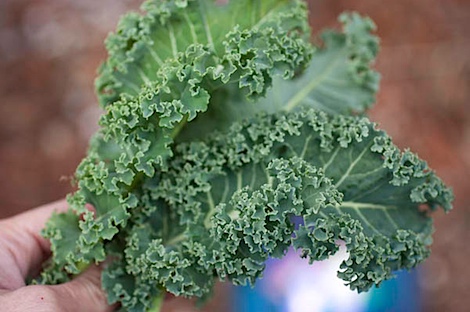 This stuff is resilient. Nothing like fresh kale from your back yard. 😉 I only wish it grew in the summer. 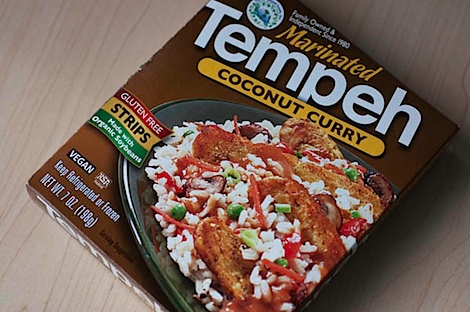 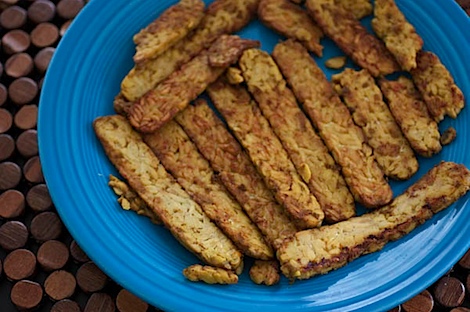 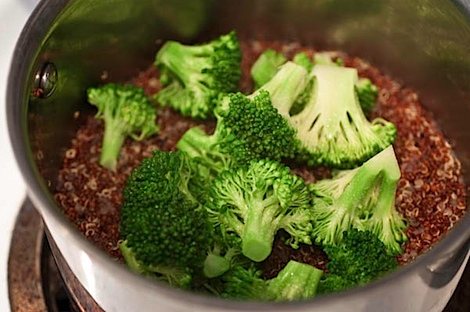 I made some quinoa and put broccoli and kale on top of the quinoa as it finished cooking to steam it without dirtying up another pot. 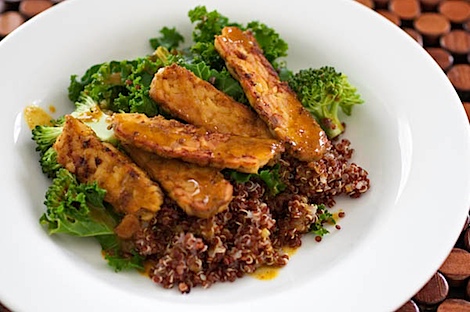 I also made a coconut curry cream sauce with some coconut milk. 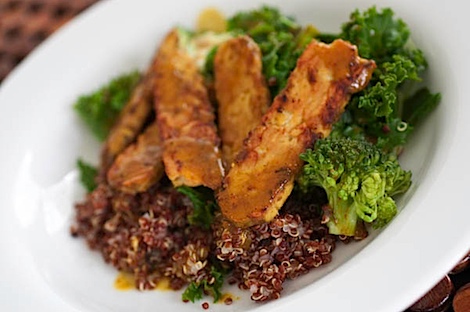 The flavor was way off, though. I think I burned the curry powder. hehe. See, I remembered reading on one recipe where the direction was to add the dry spices to cooking vegetables before adding liquids. So, I tried that today. Too bad I guess I didn’t have enough cooking veg because the spices started smoking up! Whoa!!! So yea…I think I messed up my lunch experiment. Hey, you live you learn. 😉 It was still edible and I even had seconds! 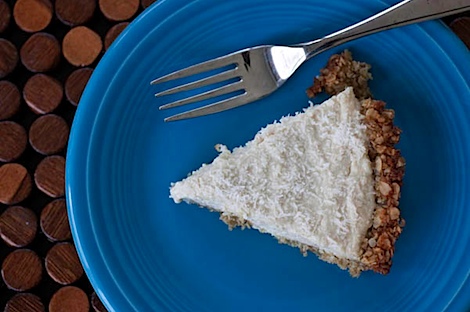 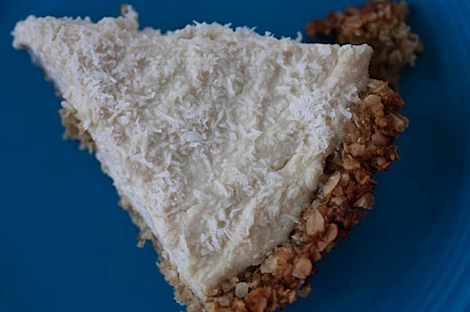 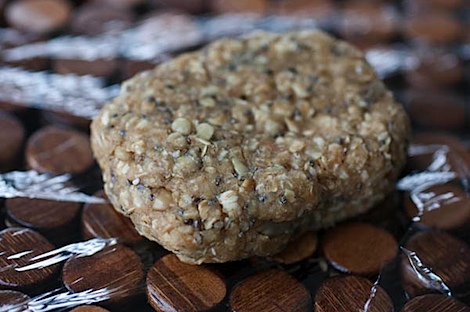 Reader Ellen posted on my Facebook wall that I should publish my instant, no-bake granola bar for one today in honor of National Granola Bar Day. Unfortunately, I made a third bar today, but wasn’t happy with the flavor. It needs tweaking. I’m hoping to share something soon, though, promise! 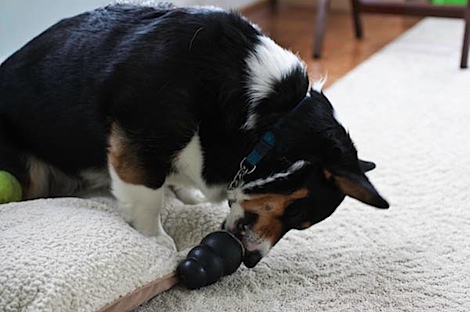 The granola bars contain PB and I don’t know how he figured it out, but Bailey knew I was using peanut butter. As I was prepping the bar, I heard a bouncing sound behind me. I turned around to see Bailey throwing his Kong around at my feet, beckoning me to place a spoonful inside the toy. 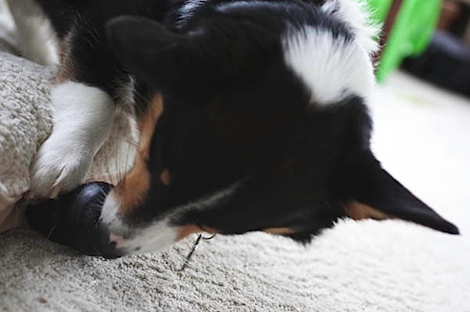 For a dog that smart and cute, I had to cave. 😉

I taught a fab Zumba class today after work! We are having more instructor auditions in the next couple weeks, so I’ve been trying to help some of those auditioning in class and after class. I gotta say, having done this last year, it’s so much less nerve-wracking to be on the other end. Phew! Two auditions is enough for me! You can read about my second audition here.

Anywho, I also enjoyed a new class participation record high tonight! I’ve been working really hard to grow my class attendance, so it was nice to see the hard work paying off. 😉 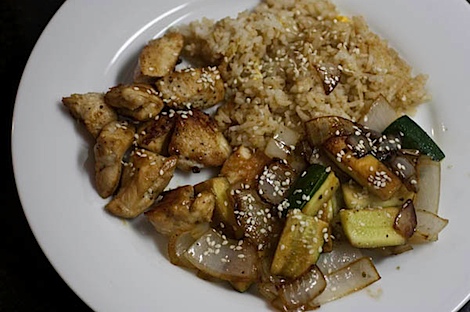 I had a busy agenda when I got home from Zumba:

Hubby and I are going on a lil trip this weekend with some friends, so somewhere between now and 4:30pm tomorrow I need to pack. Hmm…not sure when that’s going to happen. Perhaps I’ll wake up extra early and be able to leave work early? Yikes! Tomorrow should be interesting! 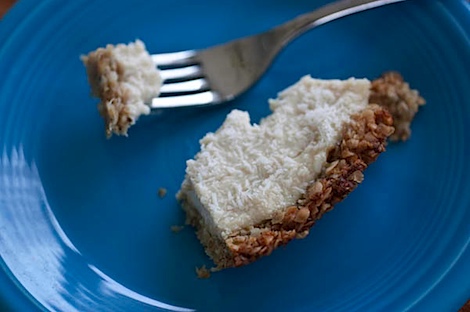 I had…duh…more vegan coconut cream pie for dinner-dessert. Yes, I ate 3 pieces today and they were fantastic! 🙂

So…about that announcement, right? I had a lot of comments on Twitter and Facebook with some pretty wild guesses. Those were fun to read! But, my announcement is that…

I’m going to start working on developing a new set of recipes in a category I’d like to call “Not So Sweet.” See, part of the reason I really enjoy cooking and baking is that I can control what goes into the foods I cook and the treats I bake. At first, when I wasn’t comfortable making big changes or creating my own recipes, I just used to make better decisions about subbing in ingredients – organic for conventional, partial whole wheat flour for all purpose, etc. But lately, I’ve started creating dessert and breakfast recipes the way I like them. While you all know I have a huge, GIANT sweet tooth, I actually really don’t like desserts that are overly sweet (or unhealthy). You know…the kind that gives you a headache after you eat it? Sometimes you really just don’t need that much butter or sugar.

And while I’m typically a give-me-less-of-the-real-stuff kind of girl versus one who likes diet or light versions, I just don’t think treats need as much as what is traditionally used. I don’t want to remove the sugar and fat till the treat in question tastes like cardboard. Rather, my sweets will be for someone with a gentler sweets palate. In general, I’m going to look to reduce sugar and use healthier/more-natural sweeteners (think fruit or less-processed-sweeteners). I’m not going to say the resulting goodies will be “healthy”, but I am hoping to make them “healthier“.

Being someone who likes to eat dessert pretty much every day, I’ve often pondered – just what is it that makes dessert so “bad”? The fats? The sugars? In my quest figure that out, I’ve already started creating a collection of desserts and breakfast items that I would already classify as Not So Sweet, and here are some examples:

And guess what else will be in this category? The Vegan Coconut Cream Pie featured in photos above! Once I finalize the recipe of course. hehe….Oh yea! 😉

I’ve been fascinated with vegan baking because the resulting products always seem to be so much healthier than traditional versions. So, I’ll probably be working on a collection of vegan recipes in addition to some that are not vegan. It almost seems like there’s a big gap between traditional baking and vegan baking, so I’m hoping some of my concoctions fall in the vegan or in that somewhere in between area.

So, if you like full fat and full sugar treats, I support that. Really! 🙂 But, you’re probably going to want to check my recipes before trying them to see if they’re a member of the Not So Sweet group…or plan to add extra sweetener to your version. And if you’re like me and like your sweets sans sugar-headache, then check back for more healthified treat recipes. They’ll be sweet…just Not Soooo Sweet. 😉

So, does anyone have any requests for treats you want me to make Not So Sweet?