This weekend, I attended my first ever poetry slam. It was one of the coolest things I’ve seen recently. 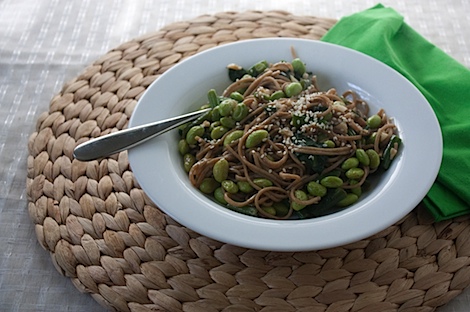 But since this blog has been a bit food sparse, let me show you some random eats photos before we get to the slam dets. Once again, a noodle bowl saves the day. This one served as lunch and was made completely with things I scavenged from around the kitchen – spelt soba noodles from my pantry and veggies from my freezer. Who needs time to go grocery shopping, right? jk 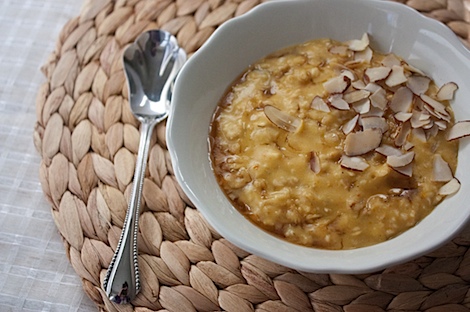 I also enjoyed my first pumpkin oats of the season.

I like candy corn around Halloween, peppermint around Christmas, but I like pumpkin around fall. And adding canned pumpkin to oats is one of the easiest ways I like to enjoy it.

This bowl was drizzled with maple syrup and topped with some sliced almonds. Yum! 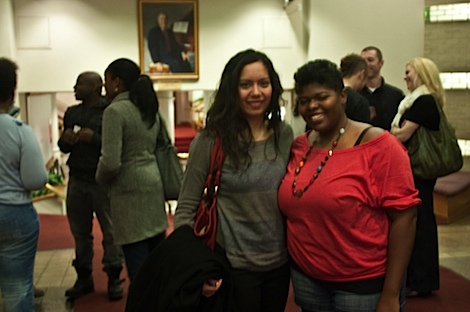 Anywho, back to the slam. I was invited to the poetry slam with Slam Charlotte by my friend Talicha (click to check out her blog) who was competing in the event. Wondering what a “poetry slam” is? It’s basically a poetry competition where people perform their poems and are judged/scored. Higher scoring poets move on to next rounds of the competition till one winner is selected.

I actually used to write poetry when I was in school, just for fun (ok, as a creative outlet for deep feelings), so I was really looking forward to hearing from some new poets and seeing them perform live. 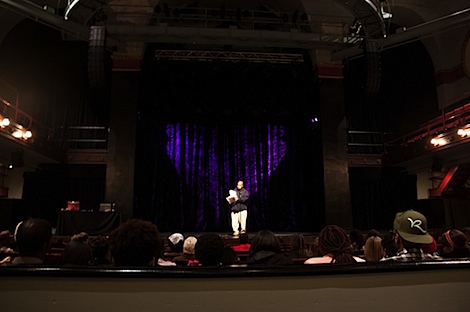 The event was kicked off by Jamaal St. John who was visiting from New York. 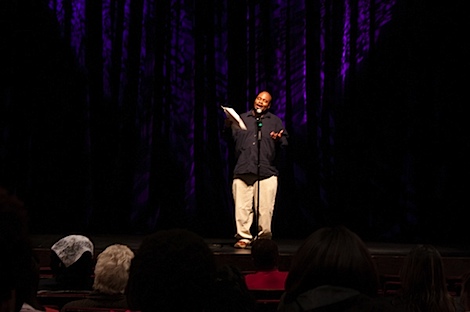 He shared a few poems, letters, and stories. The most memorable line from his performance was from his poem on loving thick girls where he said “a waist is a terrible thing to mind.” 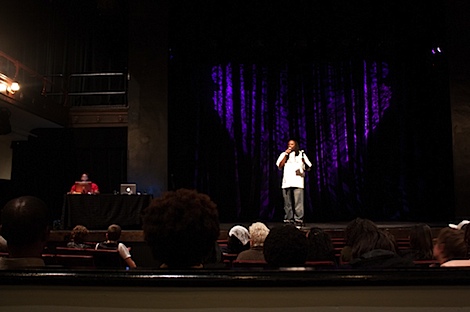 Bluz is the current slam master, and he did a fabulous job keeping us entertained between the various performances and rounds. He’s also introduced me to my new favorite song, which I’d like to use for almost any occasion, but will most likely prove useful as an anthem to play during a particularly tough work day. I’ll have to share it with you guys some other time…or maybe just on my Facebook wall. 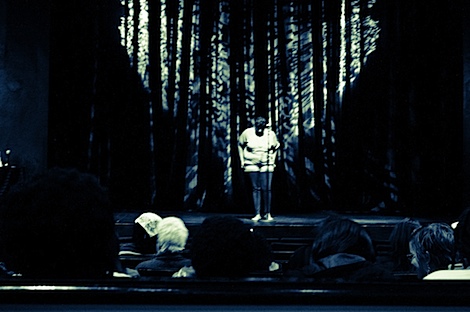 Of course, I was most excited to see my friend Talicha perform. She did a fantastic job, but did not end up winning this slam. Ahhh perhaps next time? 🙂 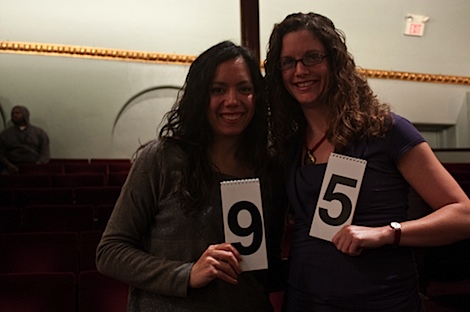 By the way, I got to be a judge along with my friend Sarah. Apparently, they like to offer the newbies judging roles. I felt really unqualified, but they told us to just vote for whichever poem made us feel good, which seemed simple enough. It was a little nerve-wracking, but we had a good time.

Overall, the slam was so impressive. I’d quote more of the poets, but I’m afraid of butchering their words. Instead, I’ll just tell you that they covered a wide range of topics – from sad, to mad, to happy and everything in between. There were poems about sex, Alzheimer’s, a cell phone, a kidnapped child, a hair stylist, and love.

I think I see more poetry slams in my future (from the audience…not the stage).

Reader question #1: Who is your favorite poet?

Reader question #2: What is your favorite poem?