Day 3 (Saturday) of convention was my longest day with a master class in the morning, two sessions, and the ZIN Soiree later that night. 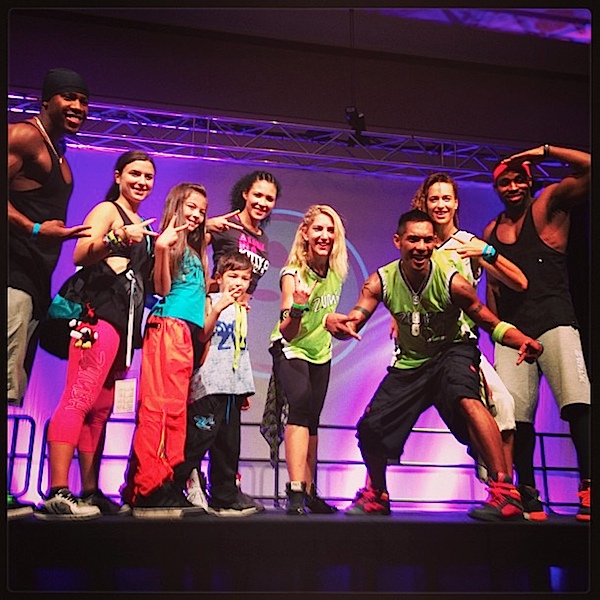 I had signed up for the master class with George Iu, but after hearing about his trouble with his visa (the day before), I wondered if Eric, who had stepped in for the Hip Hop session, would also be leading the master class. My guess was correct. Luckily for me, I really liked Eric’s teaching and dancing style, so even though I was disappointed I wouldn’t be dancing with George, I was happy to see what Eric had in store for us.

Eric did a great job. So good, I thought he was a ZES and only learned later that he’s a Zumba Jammer (ZJ). He led the class with his adorable son and beautiful daughter, plus the help of a few other ZJs. I had a blast. I loved all the songs and took several notes for choreo inspiration to bring back home. As for George, he got to lead a couple songs including a fun merengue mix of In Da Club that I’ve since done in my classes. Love it! 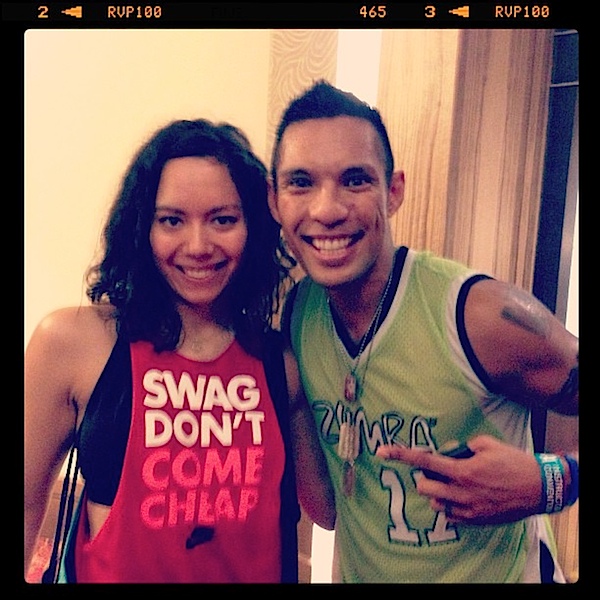 I stayed after class for a photo op and learned that Eric is Filipino! I knew there was a reason I liked him! 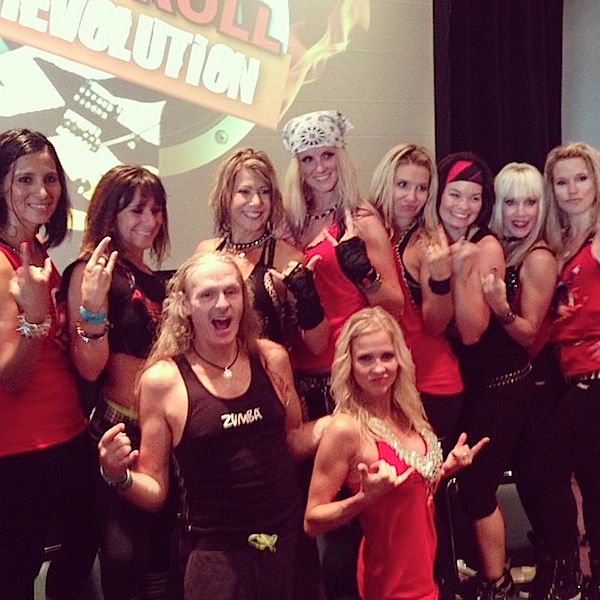 My first session of the day was Rock ‘N Roll Revolution. Shemane (who is Ted Nugent’s wife) and her crew broke down some rock ‘n roll inspired moves and even showed how the basic Zumba moves can be incorporated into rock ‘n roll songs. I thought it was really interesting to see that Zumba moves could be incorporated into totally non-Latin songs. Shemane and the girls also broke down choreo for three rock songs and we had a fun master class with those songs plus many others. Those girls were getting it! They had so much energy, and I had a great time dancing with them. 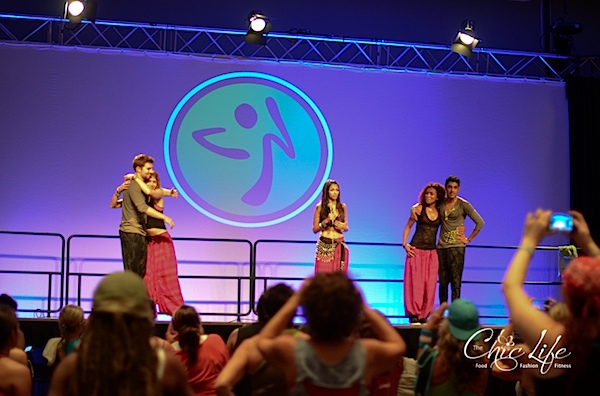 My last session of the day is one of my all-time favorites – Bollywood & Bhangra. This was my third year in a row doing this session, and I wasn’t let down. I didn’t think it was possible, but I loved the session even more after doing it for a third time.

We learned a little history for both dance styles – Bollywood and Bhangra. One of my favorite parts of the session was how Dr. B showed us how to add Bollywood flair to basic dance moves, plus I also enjoyed learning some Bollywood hand positions. She taught those the last two years, too, but you learn so much at convention, it’s hard to retain it all. That’s one of the reasons I like to repeat sessions – for the refreshers!

And I think most of you know I took a bhangra dance class a couple years ago, so you probably already know that I was also a big fan of the bhangra portion of the class. I enjoy seeing how they break down the basic bhangra step, which is a step that is easy yet complicated at the same time. They break it down magically so everyone in the room gets it instantaneously. I’m always impressed. The other thing they do to impress me is break out a bhangra-fied hip hop song during the master class. Every year, it’s something new, and something fun.

The master class was full of songs I’d never heard before. I felt like I was transported to another world. The class was high energy and high intensity. It kicked my butt! 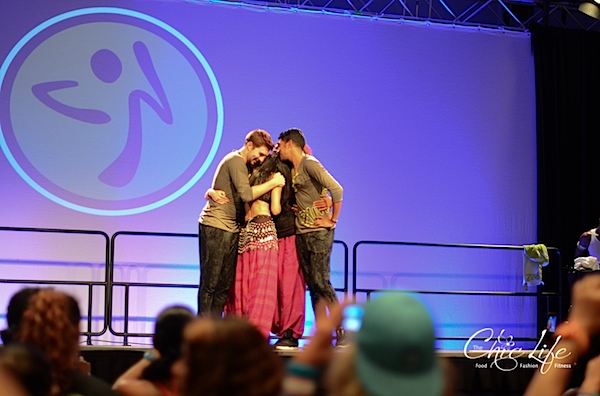 As you can probably tell, the Bollywood & Bhangra session is one I truly enjoy, which is why I was so sad when they announced at the end of class that this would be their last year presenting at convention. What?! Say it ain’t so! 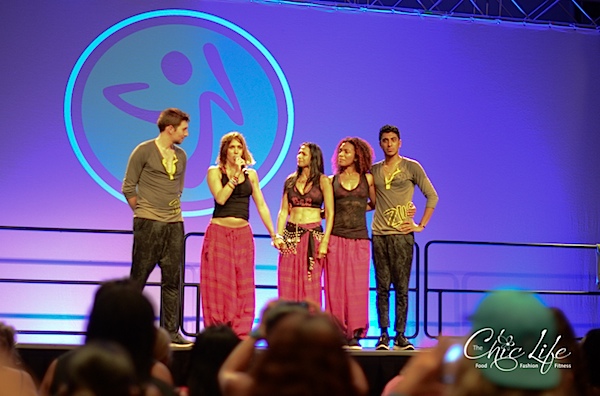 The emotion in the room was strong, but everyone was very supportive. I’m going to miss these guys next year for sure! 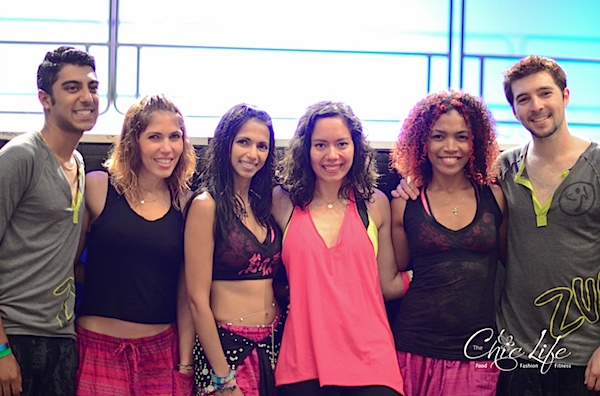 {One last photo at their very last session of Zumba Convention} 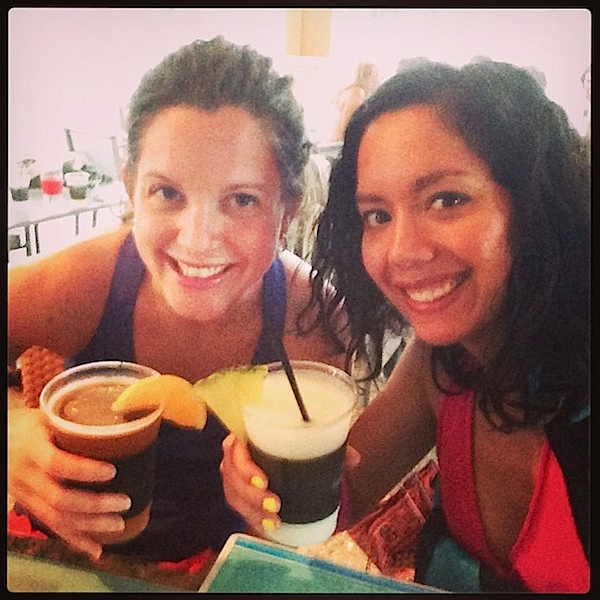 Sarah and I split a pizza by the pool and enjoyed a couple cool beverages before heading up to the room to get ready for the ZIN Soiree. 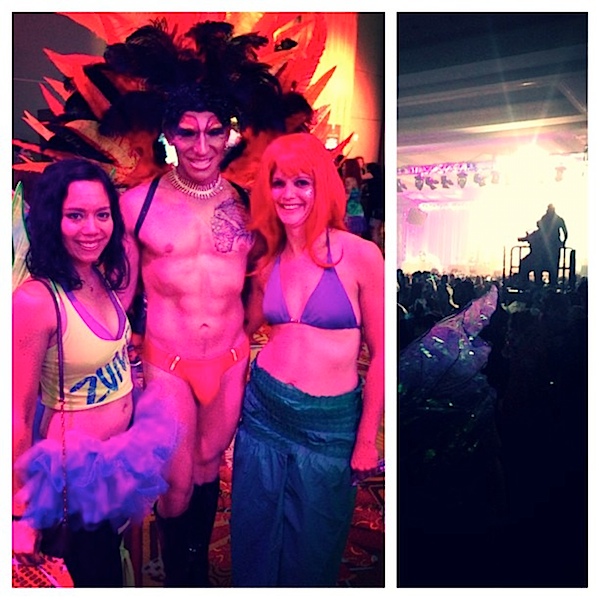 The theme was ZIN Summer Night’s Dream. I was super busy right up to convention, so I threw my outfit together last minute. I was a Zumba fairy. Not the most unique idea, but I got to wear sneakers and an adult tutu, so I’ll call that a win. We enjoyed music from a DJ before a band took over. Mostly, I enjoyed seeing all the unique costumes all around. I may have to step things up next year!

Next time – Day 4 of Zumba Convention!