They say that the things you do to start a new year set the tone for that year. If that’s true, then I think 2015 is going to be GREAT! I kicked off my 2015 by hosting a New Year Zumba Glow Party. These things are always a ton of work, but they’re so worth it! Plus, I usually have a lot of help from my team and friends to make them happen. But, seriously what better way to kick off a new year than by dancing with friends? You get fitness, friendship, healthy living, dancing, and FUN. These are all things I’d love to enjoy in 2015.

Here are some photos from the New Year Zumba Glow Party 2015: 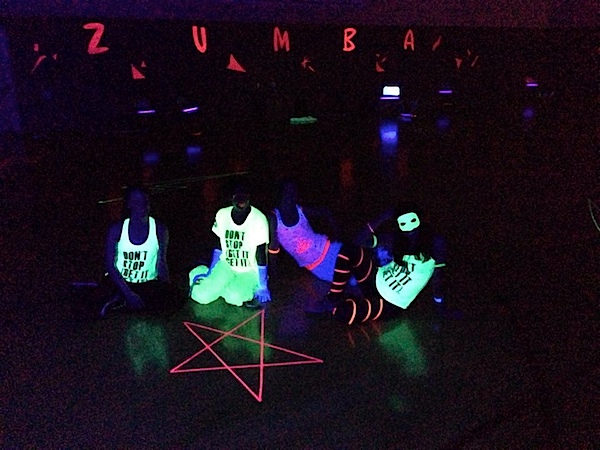 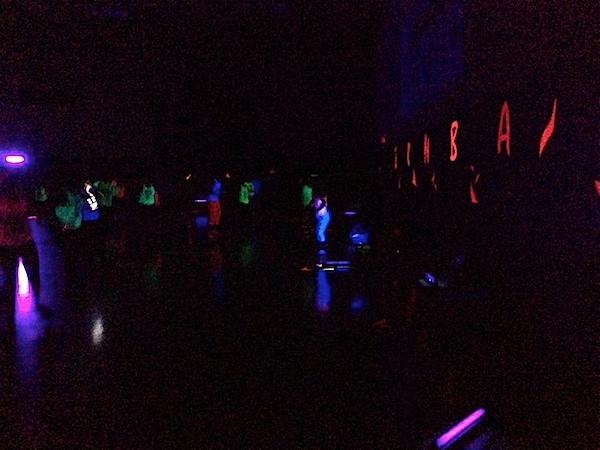 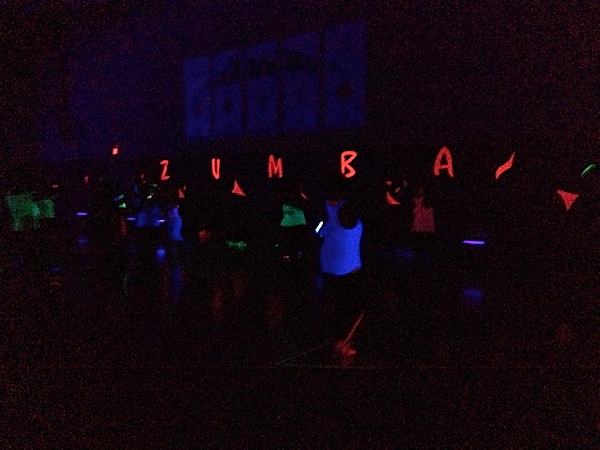 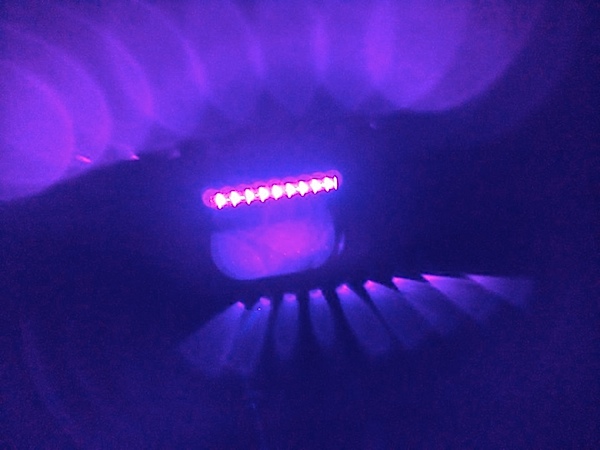 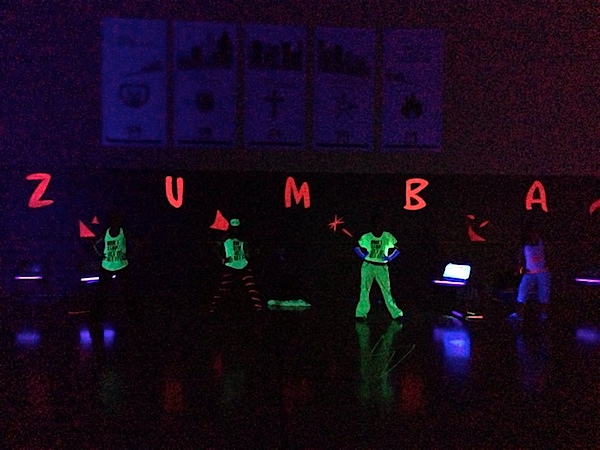 {So glad I made these Zumba cut-outs. They took a couple hours, but they’re worth it.} 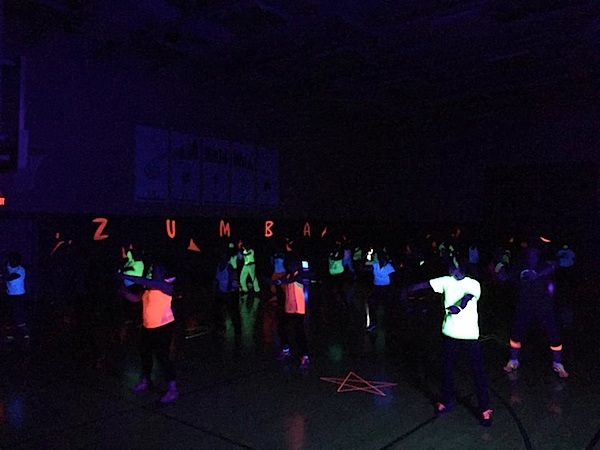 {We had a great turn out and the energy was so amped up!} 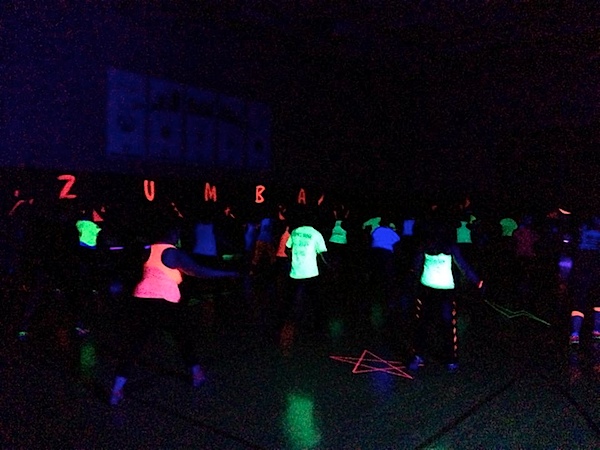 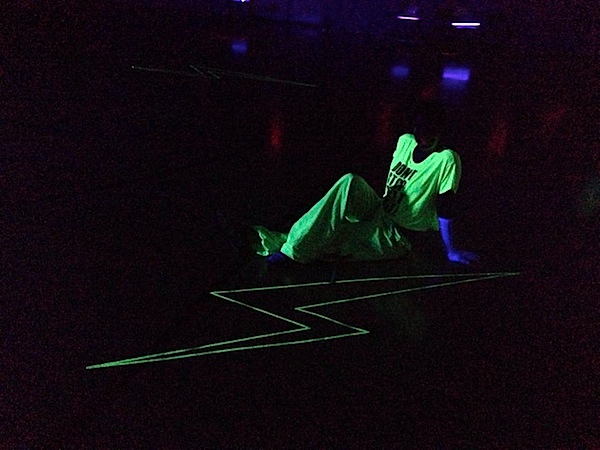 {I asked a couple of the girls to use this Gaffer tape to make shapes on the floor – love the lightning bolts!} 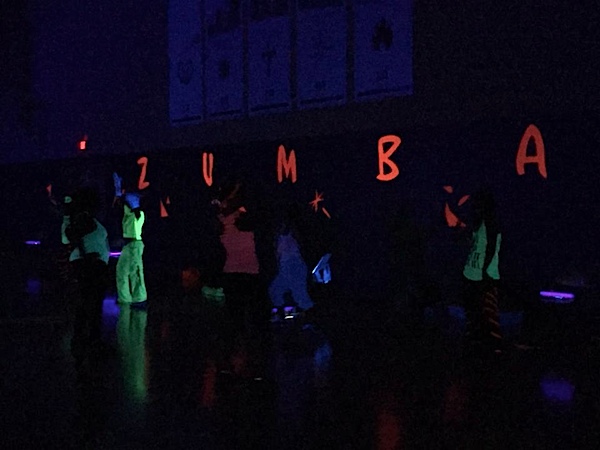 I’ve done about 4 or 5 Zumba glow parties now, and I like to make them a little better every time. For this party, my big enhancement was the addition of a professional quality blacklight (I’ve previously used the tubes exclusively). And thank goodness I got it, too. The party was almost a disaster, but so many things fell into place to make it work. Phew!

I showed up to our location only to find the door locked for the room we were supposed to use. Nooooo! I had previously inquired about using the half gym on-site, but they said we were supposed to use our regular room. Given the lack of options, I headed to the gym, crossed my fingers, and pulled on the door handle. It opened! Hazzah! Now, we had two potential problems: 1) Were there other events there (why else would they not have given us the go ahead before)? 2) Would the lights be enough to fill this (much) larger space?

Problem #1 worked itself out. By chance, someone who worked with the facility stopped by while we were setting up, and they were able to validate we could use the gym. Problem #2 was my main concern, though. I’d tried bringing my tube blacklights into this space before, and they were not even close to bright enough. Was my party going to be a failure before it started? My last hope was my new pro DJ light.

So, problem #2, it was touch and go for awhile. After the last Halloween Glow Party, I spent several hours researching ways to make the next one better. For lighting, I stumbled upon some great videos by a company called B2 Lighting FX. Seriously, check out their videos. The guys behind the videos are not only very knowledgeable but friendly and funny, too. When I had called to inquire about a light I saw in one video, they recommended a different one that was actually a little cheaper (The American DJ Eco UV Bar 50). I ended up following their recommendation, and I got free (and fast) shipping, too. In our conversation, I asked how many of the original lights I’d asked about I’d need to light up a gym. They said SIX! Whoa! I was thinking one would be a pretty hefty investment for me since I’m not a professional DJ/light company. I’m just a person who likes to go all out when I do something. Hehe.

Anywho, remembering the estimate of six lights being needed but remembering that the B2DJ guys said the one I purchased was stronger than the original, I could only hope for the best as I started setting up my light stand. I attached the light and hoisted it up, flipped on the switch and…it looked like it was going to work! I was feeling thankful I had listened to the B2 Lighting FX team and purchased the stronger light. It wasn’t until we had the whole room fully set up and the playlist going that I was able to breathe easy. I probably could have used another pro light or two for a really strong glow look, but overall, I thought it looked GREAT! We pulled it off!

After the initial set-up worries, the rest of the party went off without a hitch! Class was super loud, and I think everyone had a great time. Woohoo!

Special thanks to the B2 Lighting FX team for their awesome customer service and lighting advice. If you’re thinking of getting any lights or special effects tools, call them. I know I will if I ever need more lights. They were very helpful and can steer you in the right direction. They are also currently offering free shipping.

Side note: I’m gathering information to do a how-to post about Glow Parties if anyone’s interested. I think the tips could be used to throw any kind of Glow Party, not just one for Zumba.

Happy New Year, everyone! Thanks for stopping by!