I was in the Flatiron district for yoga a few weeks ago, so I decided to walk down to Union Square to visit the Union Square Holiday Market. It was a pretty cool little pop-up shop, and I thought you may like to see what it was like. 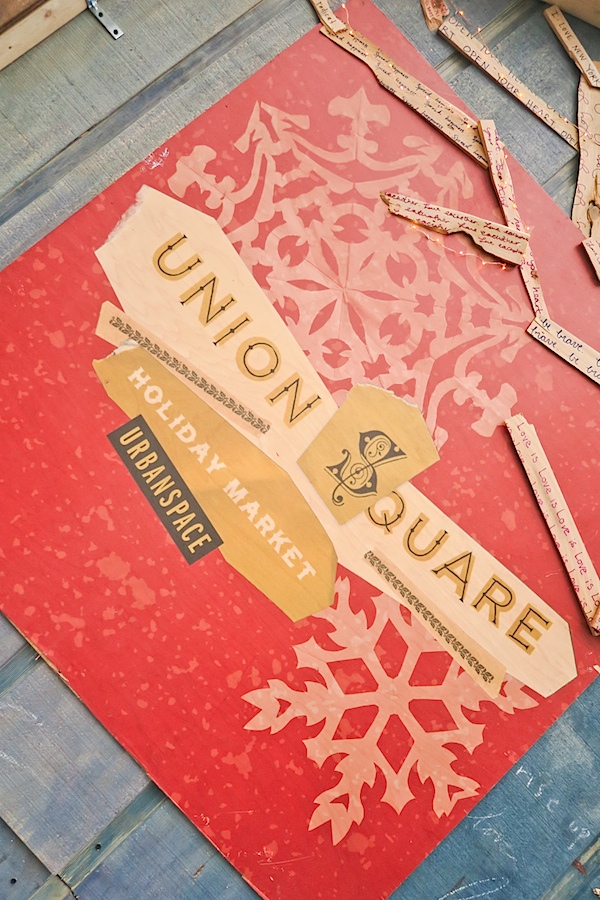 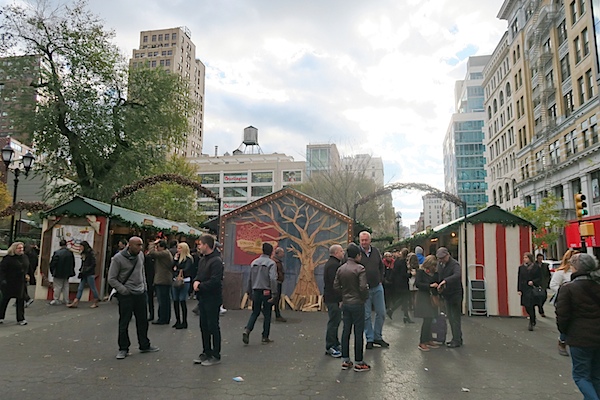 I entered from the northwest side of the market where the shopping is located. There were so many cute booths, but I only shopped at a few. 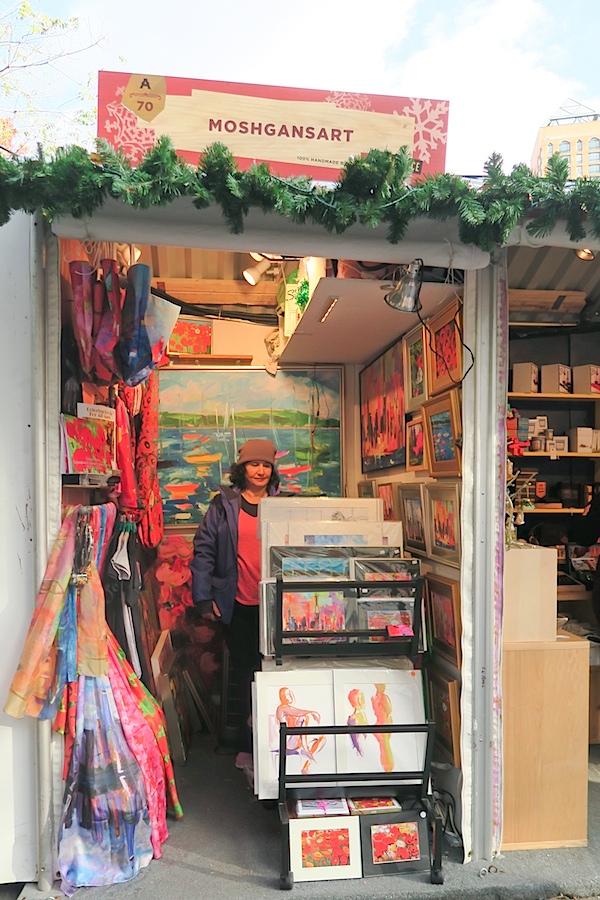 A print of a painting of the NYC skyline caught my eye at the booth of Moshgan’s Art. I actually wandered around the market a bit longer before returning to take a closer look. It’s a colorful rendition of the skyline, and I had to have it. I’ll share photos of it later, if you’d like. You can sort of see one print in the photo above – the front left one on the top level of the stand. It’s so pretty! 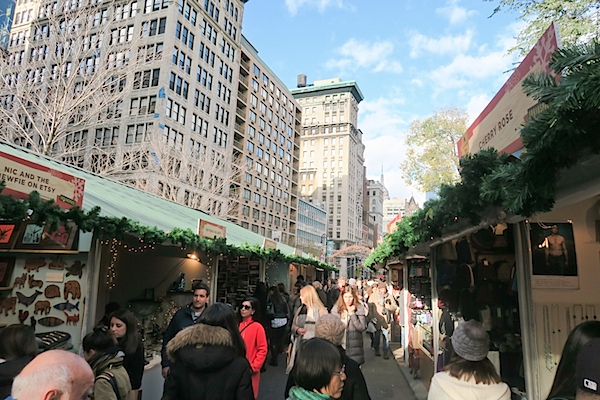 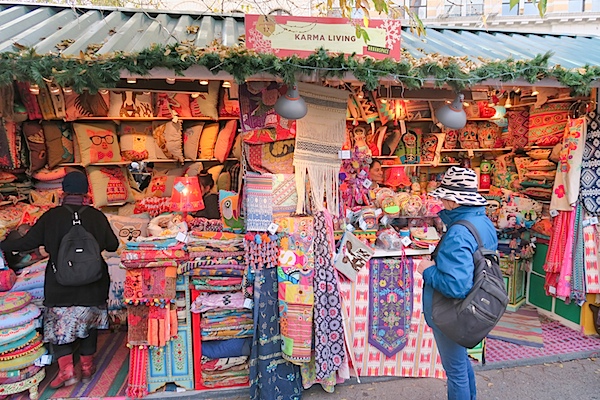 I also loved the colorful booth of Karma Living. 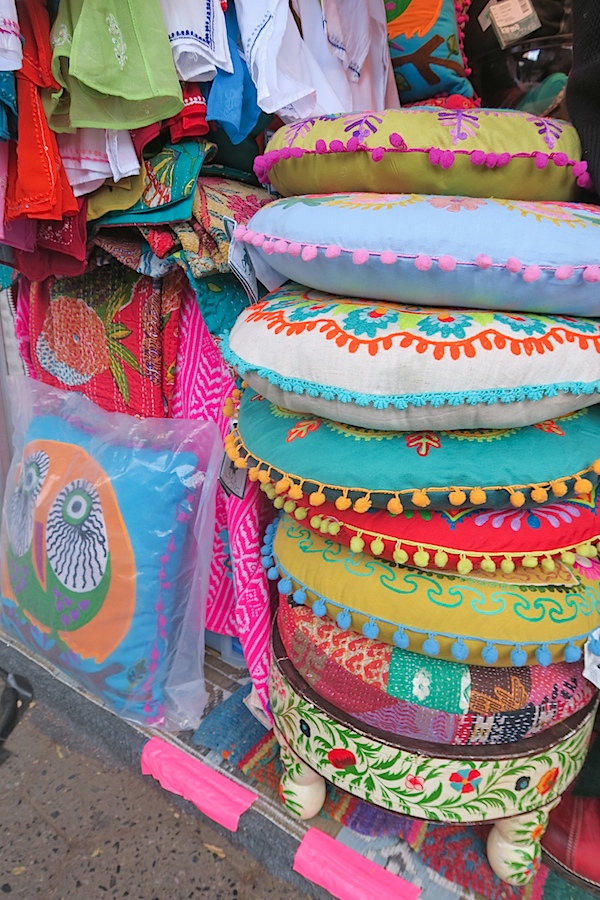 I got one of these colorful round pillows to use as a meditation pillow. 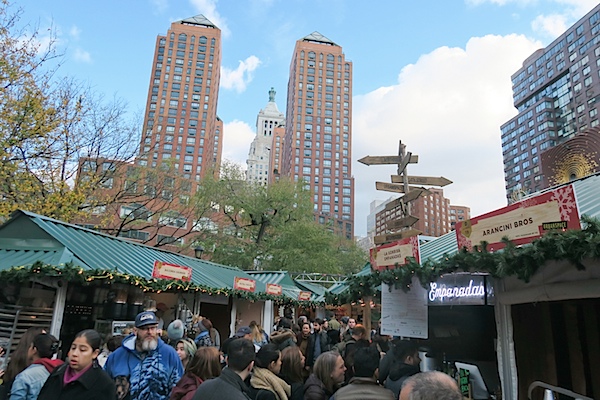 I didn’t realize at first that the Union Square Holiday Market would have food too. But, while I was shopping at the opposite end from where I’d entered, I smelled the familiar smell of…funnel cakes. Or something that smelled just like them. I think it may have actually been Doughnuttery doughnuts (which I’ve had before!) that I smelled. I followed the delicious scent around the corner and saw there were quite a few food vendors at the market. 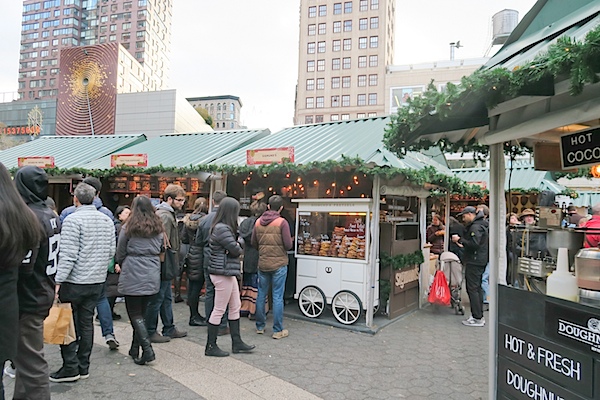 Of special note due to the cold weather, I quickly saw plenty of hot chocolate and hot apple cider options. Yes!

Since I was more hungry than thirsty, I first headed to the Sigmund’s booth where I saw a delicious-looking pretzel cart. You may recall from one of my previous posts that Martha Stewart once called the Sigmund’s pretzel the best. 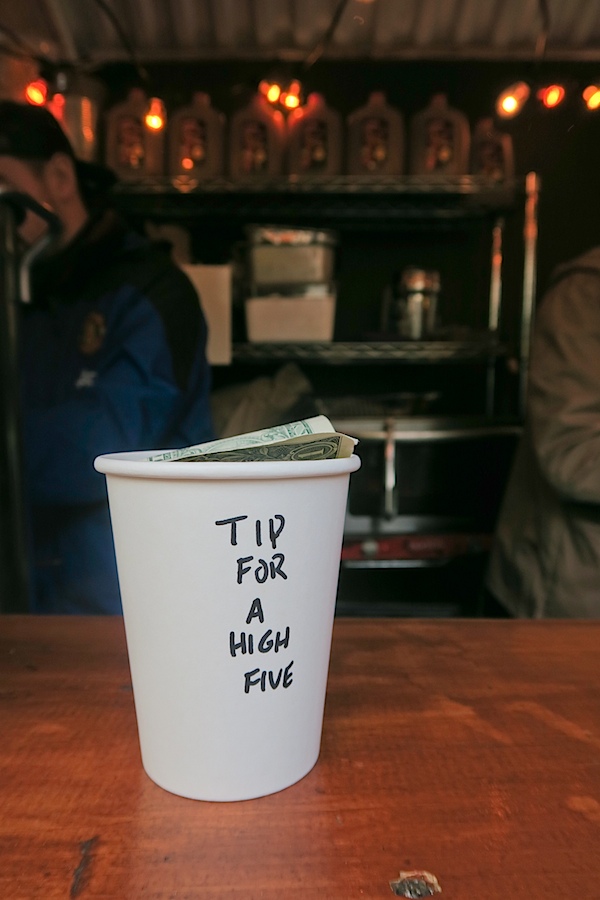 I like to be a little more generous with tips around the holiday season in general, but I also intrigued by this “Tip for a high five” tip cup at the pretzel booth. Sure enough, after dropping my tip, I received an enthusiastic high five. Woop! 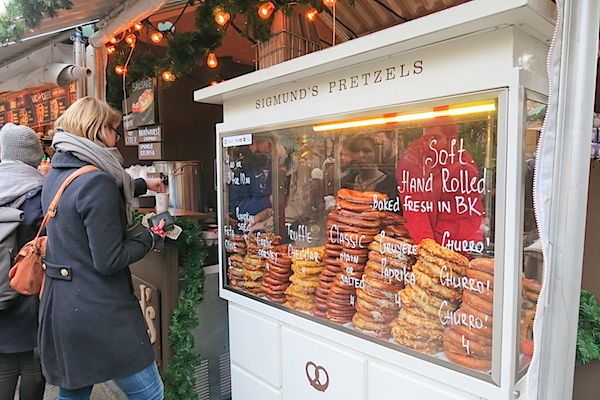 This booth had tons of pretzel flavors, but I went with a classic salted pretzel. 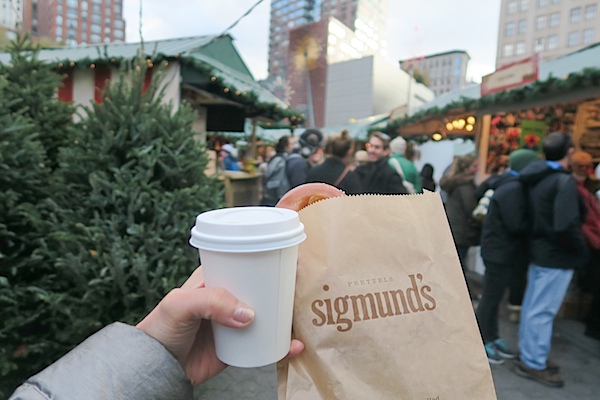 A short wait later, and I was happy enjoying a hot pretzel with hot apple cider to drink. 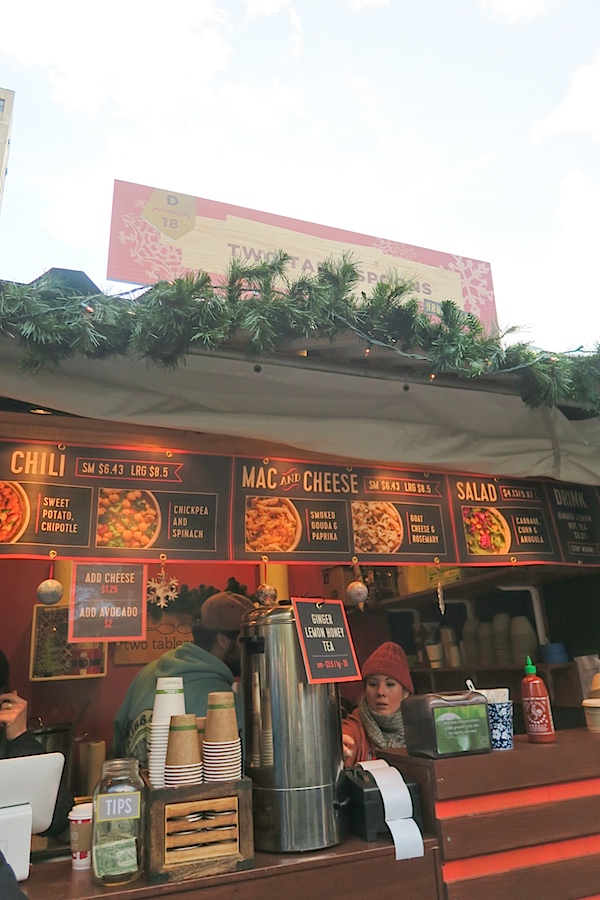 And since I wanted to make a lunch out of it, I went for something a little more substantial to follow. I visited the Two Tablespoons booth and then had the tough choice of mac and cheese or chili. All the food is vegetarian at this pop-up restaurant by the way. 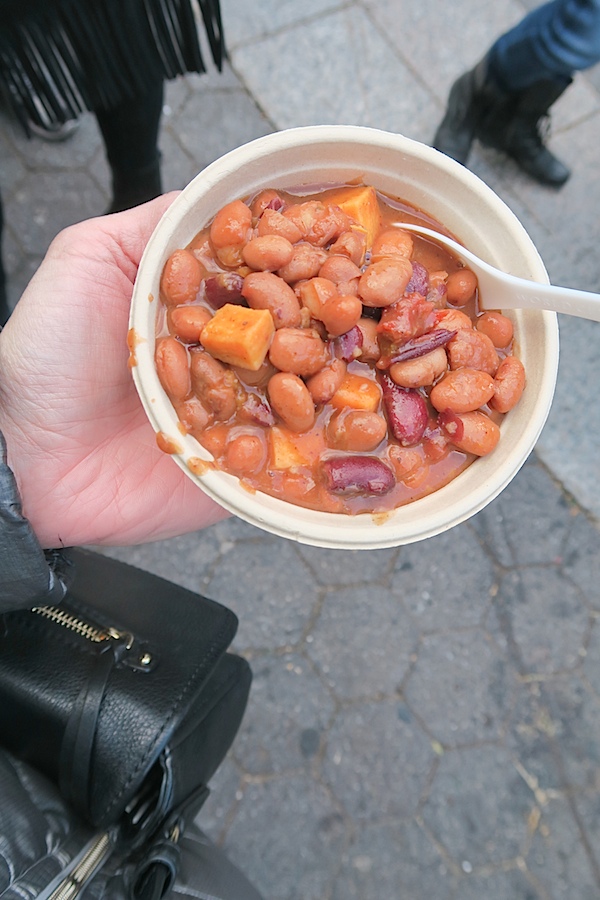 I opted for the sweet potato chipotle chili and happily ate this while I made my way out of the market and down the street in search of another hot beverage. A matcha latte at my fave spot, MatchaBar. 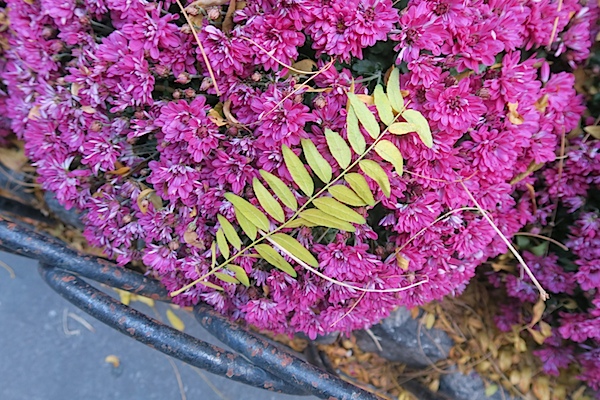