Note: This post contains affiliate links. If you make a purchase using this link, I will make a small commission at no extra cost to you. While this one of few products that I’ve blogged about but don’t personally own, my sister loved this book and plans to cook many more recipes from it. 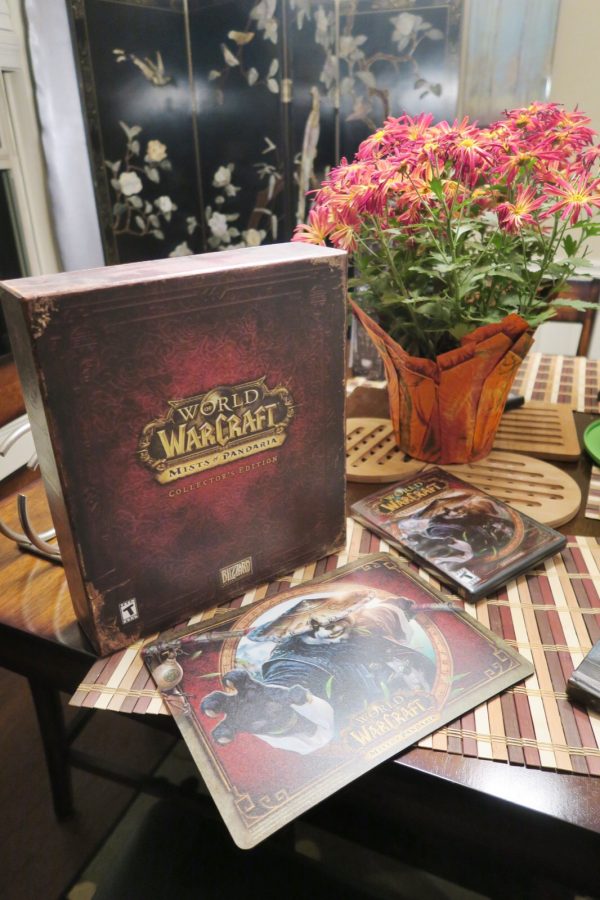 as a present to her. 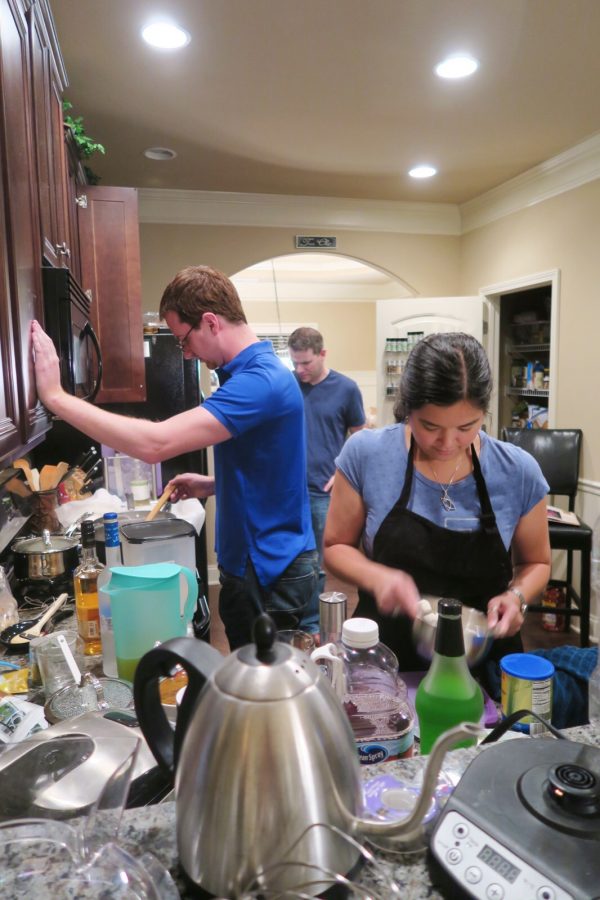 And we got to partake in the results from their experiments putting the book into action. 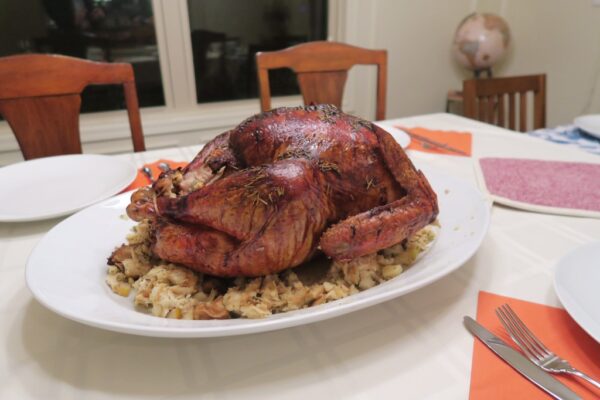 They made several recipes from the book, and I’m sharing photos of what they whipped up. 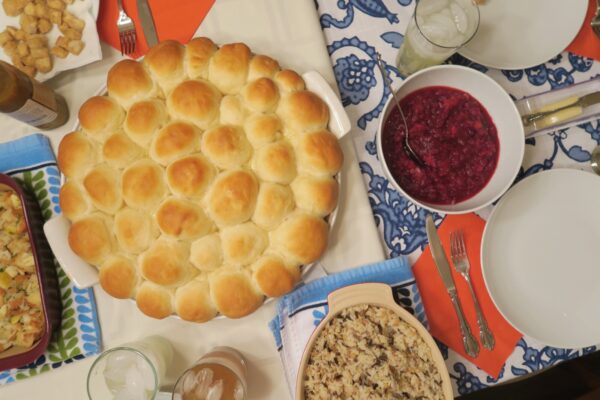 {Buttery Wheat Rolls, Cranberry Chutney, and Spiced Bread Stuffing – with a non-recipe side of brown rice, leftover from the rice cakes} 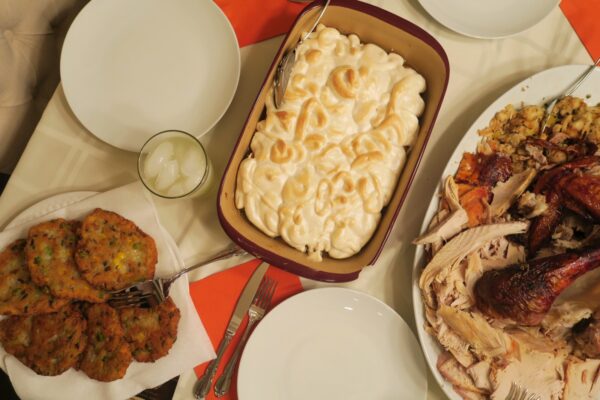 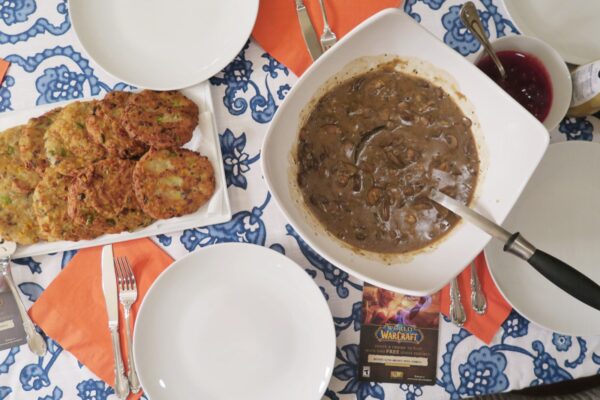 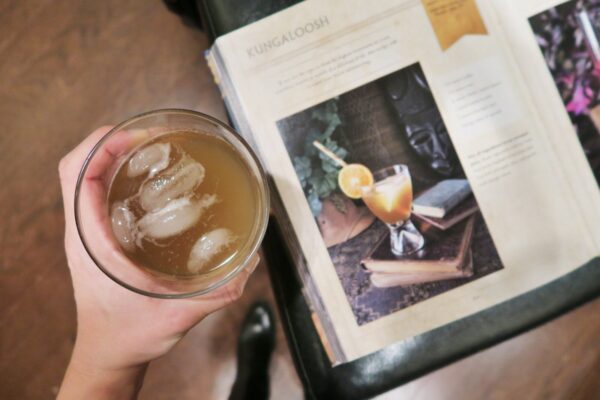 They also made two drinks: one with and one without alcohol. 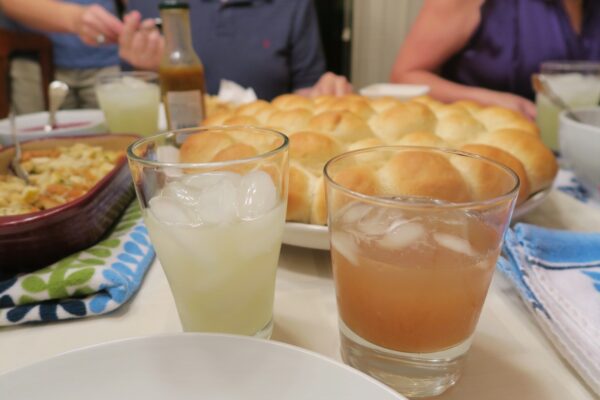 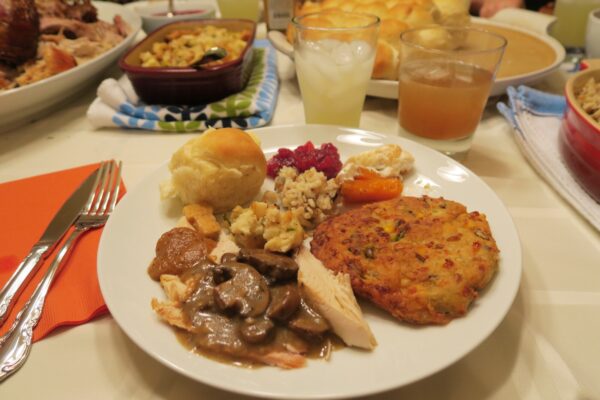 And here’s my plate of deliciousness. 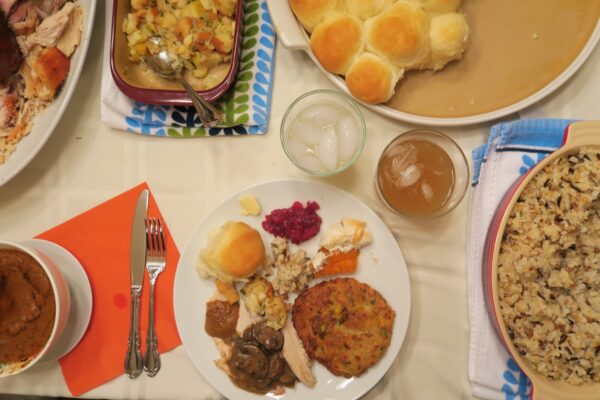 I love an extra Thanksgiving celebration!

The mushroom gravy was the surprise hit. It tasted really good on top of the turkey and rice cakes. As a carb lover, I also really enjoyed the wheat rolls. And the candied sweet potatoes were a nice treat. I thought it was sweet potato casserole from the looks, but it actually had slices of sweet potato inside. 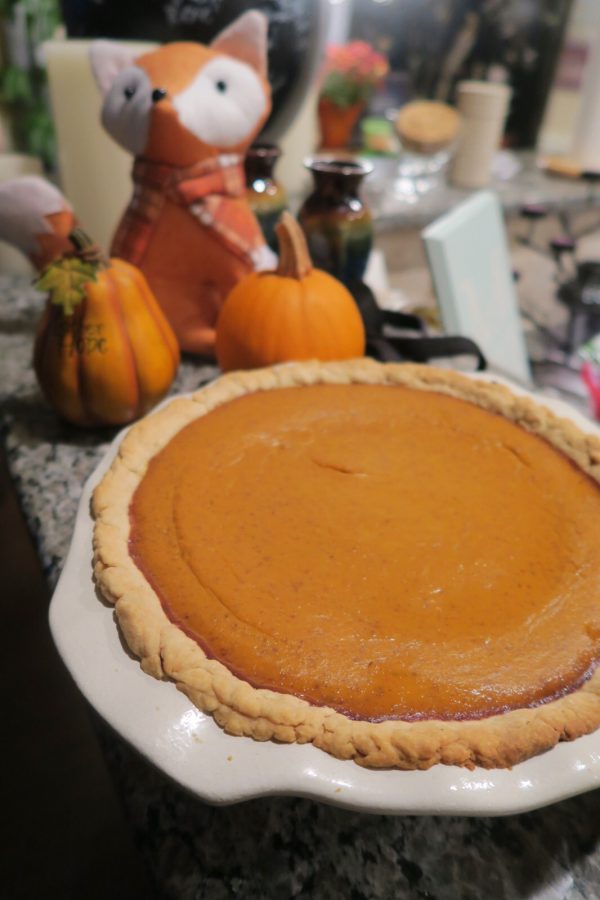 Oh, and let’s not forget dessert too. The cookbook has it all, I tell ya! 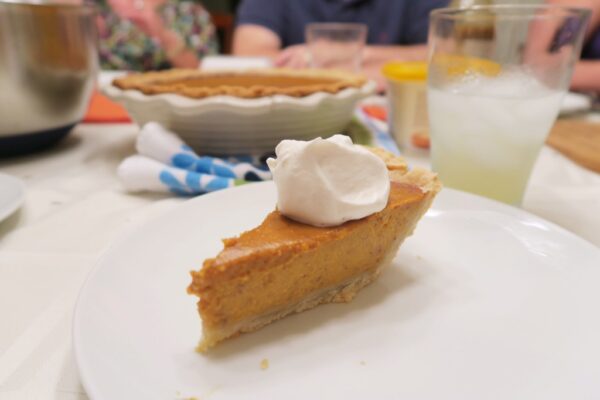 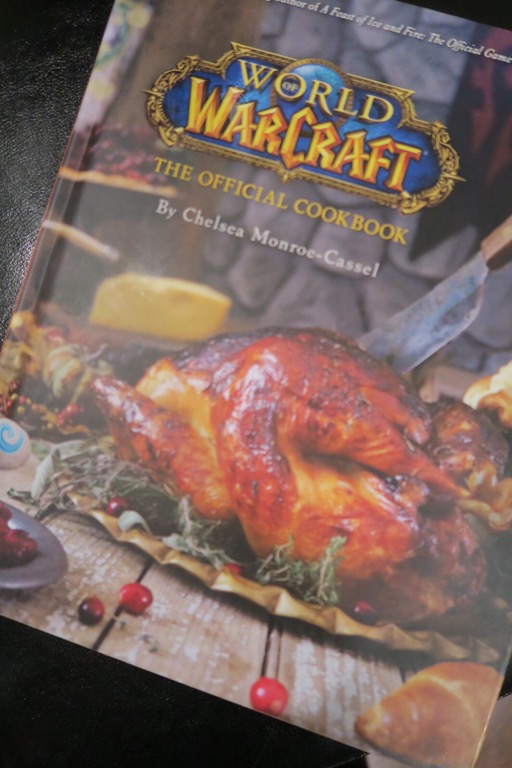 The World of Warcraft Thanksgiving was a hit with all of us, gamers and non-gamers. For those not familiar with WoW, I believe all of the recipes were created based on food from the game. But with some ingredient modifications so you can, you know, get the ingredients in real life. No bat wings for us! At least I think that’s a food in the game. Sis is the one who would know.

The food, drink, and dessert came out great, though Sis did mention that she had to make some minor modifications to a couple of the recipes. For example, she said the rice cakes were a little hard to form into patties, so they ended up adding some flour to the mix. I didn’t do any of the cooking (other than helping fry the rice cakes), so I’m not sure what other modifications they made. But, if you have any questions, leave them in a comment or email me, and I’ll see if I can get a response from Sis.

PS: If you’re a Wow fan (or you’re cooking for one), you could easily re-create this meal. Or even do something similar for Christmas or another fun celebration.

Thank you, Sis and J, for the wonderful meal!

Get the WoW Cookbook

Click here to get World of Warcraft: The Official Cookbook

Has anyone else done a themed Thanksgiving before?

Do you own the World of Warcraft cookbook? Which recipes are your favorite?