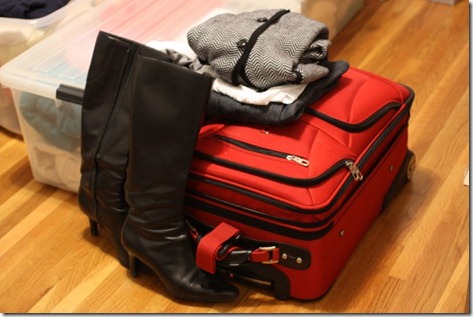 I had an early day Friday. I had to travel about an hour and a half away for work (with plans of being picked up my hubby at the end of the day to road trip it to his mom’s house), so I packed my stuff Thursday night. I made sure to pick out an outfit Thursday night so I wouldn’t have to think in the morning when I was still super-sleepy.

I like traveling for work, but my only gripe is not being able to control my food as well. Typically, I have healthy snacks and what not at my house and at the office. I suppose I could have packed these with me, but I didn’t. I brought a slice of Great Harvest honey whole wheat with me to eat in the car, but never quite got  around to eating it. I wasn’t all that hungry…I think I was too sleepy. lol

They had bagels and coffee at the meeting when we got there around 8:30am (had bad traffic – passed TWO wrecks!). I grabbed a yummy blueberry bagel with some honey walnut spread, which I applied lightly. Besides being healthier, I go light on cream cheese because the idea of a bunch of creamy goop on my bagel kind of weirds me out. 😆 I just like a light schmear of cream cheese toppings. Anywho, though I still love my bagel breakfasts, they don’t keep me full at all. I think because they’re typically not whole grain based and don’t really provide a lot of (any?) protein. I usually feel a bit like I’m eating air. Tasty air…but air.

Shortly after our meeting started, someone brought in a box of Krispy Kremes. I had to have one. They just melt in your mouth. 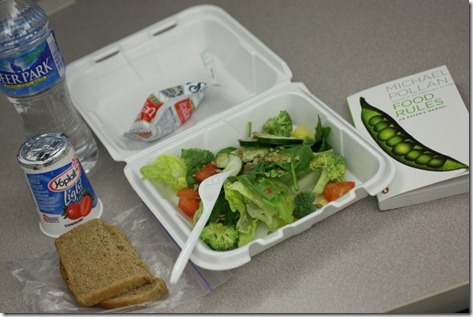 Lunch didn’t turn out so hot. I was hoping to go out to lunch with some co-workers but most already had plans or had to work through lunch. Luckily, the office had a cafe upstairs. Since I gave up meat for Lent, I didn’t have a lot of options. My choices were basically things I couldn’t or didn’t want to eat: hamburgers, chicken fingers, french fries, chips, cookies, sodas.

I ended up getting some salad from the salad bar (this was the saving grace of the cafe – yay for fresh veggies!), a yogurt (not my fave brand, but I wanted some protein), and a bottled water. I remembered I had some Great Harvest bread with me, and I was SO glad to have it for lunch. That bread was a life-saver!

The salad was good, but the yogurt was waaaay too sweet! Much sweeter than I remembered. I must be used to Greek yogurt now that I’ve been eating it so frequently. I was reminded why I like plain yogurts – so I can control my own sweetener – type and amount.

I had my Food Rules: An Eater’s Manual book with me, so I took a break from my laptop to start reading it. The book was very easy to read and the rules were really straightforward and short. I’ll try to do an official review later, but the book made for a nice lunch read.

Though lunch wasn’t exactly what I’d call a normal lunch for me, I thought I’d see how it lined up with Food Rules. 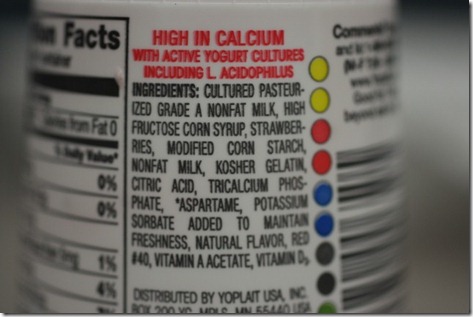 Food Rules Fail #1 – the ingredient list failed a number of the rules, including: 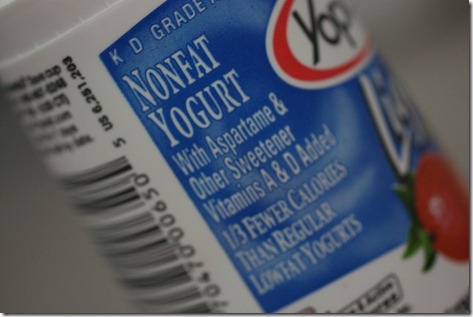 Food Rules Fail #2 – the packaging failed a couple rules, including: 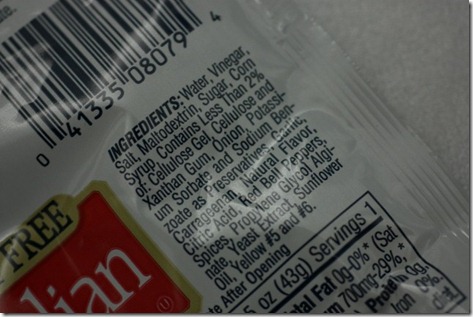 Food Rules Fail #3 – the salad dressing didn’t do much better, failing at a couple rules also, including:

The salad and Great Harvest bread both passed.

I thought it was really interesting comparing the Food Rules to my actual food. I remembered why I don’t buy a lot of the products and foods that I used to get before I started reading food product labels. In fact, Michael Pollan’s suggestions line up really well with food tips my Dad has passed on to me and how I’ve been eating lately anyways. Michael and my dad would get along famously!

I felt pretty full after lunch but I knew it wouldn’t last long since I had very little protein (though at least I got some whole grains in thanks to Great Harvest). In a couple hours, I was hungry again, so I had a leftover bagel from breakfast with a light spreading of hazelnut topping. It was delicious (esp that hazelnut spread – yum!), but not very filling.

I tweeted about how the other bagels left from breakfast were calling my name and Heather tweeted back suggesting I try to beat Mark’s 4 bagels in a day record. It was tempting, but I held back. 🙂

Soon enough, the work day was over. I said goodbyes to some co-workers before taking off. I haven’t seen some of these guys in months, so it was nice working with them face-to-face again, instead of just over the phone. Plus, I met some really nice people in the office – they have an amazing group of people there! Such positive vibes! 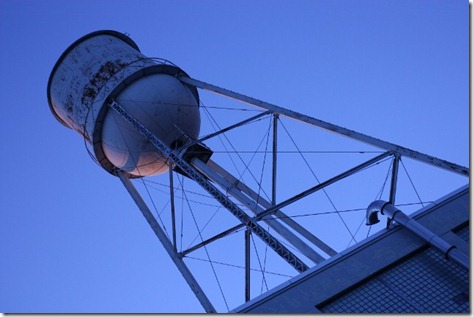 As I was leaving work, I saw this old tower. It looked pretty photogenic, so I snapped a shot.

The work day ended and hubby came by my out-of-town office to pick me up on his way to visit his Mom.

I was pretty hungry when hubby picked me up, so we pit-stopped at Starbucks and split a spinach feta wrap (protein…finally!). I also got a kid’s soy hot chocolate – adult temp – no whip. I was so glad to get some more food before sitting out the rest of the car ride. 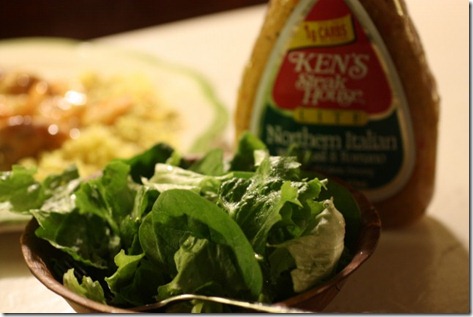 Hubby’s mom had dinner ready for us when we got there, starting with a salad. 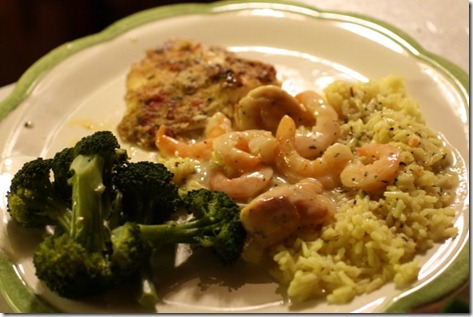 Sundried tilapia, shrimp/scallop scampi, broccoli, and rice. I ate almost everything but the rice, because I filled up before I could get to it. I tried to tackle the most nutritious foods first since I felt like most of my eats earlier in the day had been lacking: broccoli (can’t get enough veggies, right?), shrimp and tilapia (protein!). 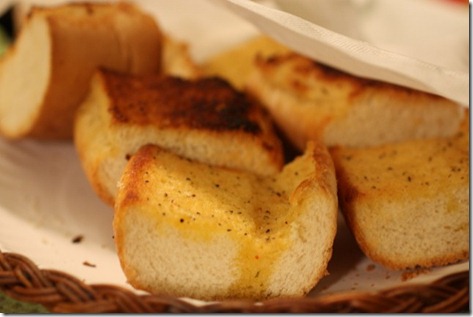 I split a piece of garlic bread w/ hubby. 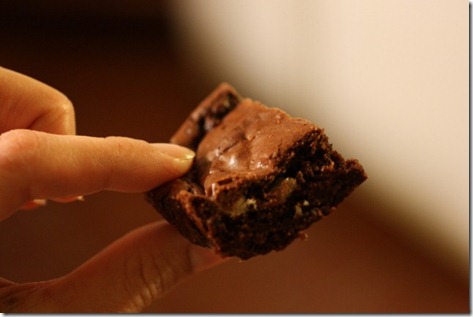 Plus, a couple small bites of brownie for dessert.

Lesson learned today: always be prepared. Next time I travel, I’ll be sure to pack a couple food/snack options with me…just in case.

Reader Question: Have you ever been somewhere without a lot of food options? What did you eat?