Catching Up? Check out my other Zumba Conference posts here:

We stayed out pretty late at the Pitbull concert, but I didn’t let myself sleep in. I was super pumped about heading out to my first class – Caribbean heat! 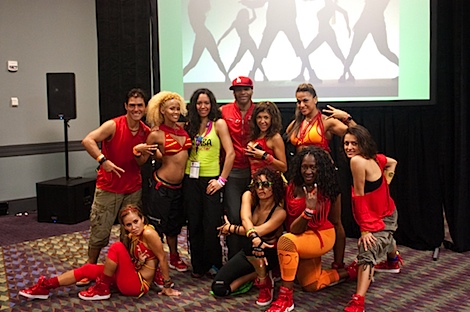 The class was led by the Z305 crew (based in Miami, FL – I am so doing a class with them next time I’m in their area). Most of the classes at Zumba Convention seemed to be led by two-three instructors, but these guys had one big fabulous team of members from all over the world. It was really neat to see all of them taking turns dancing on the stage. 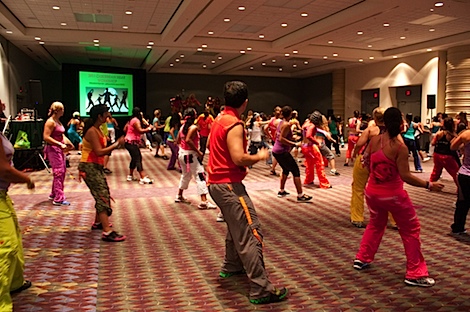 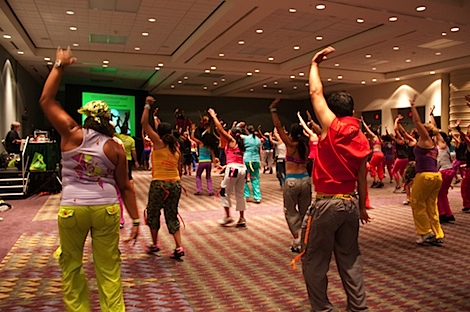 I took a bunch of notes for moves I’m hoping to incorporate into some new choreo. 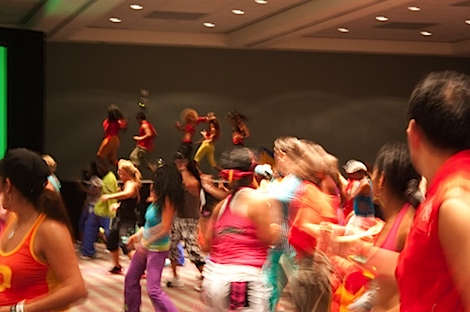 Post class, I headed back to the hotel to get lunch – half of the sandwich from yesterday, leftover hummus with Stacy’s pita chips, and a salad (all purchased at the hotel marketplace). 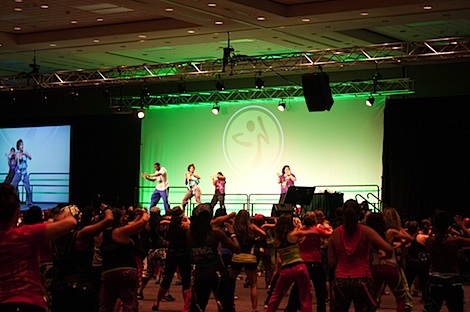 And then later, I headed with a handful of my instructor friends to a master class with a couple of the East coast ZES instructors. 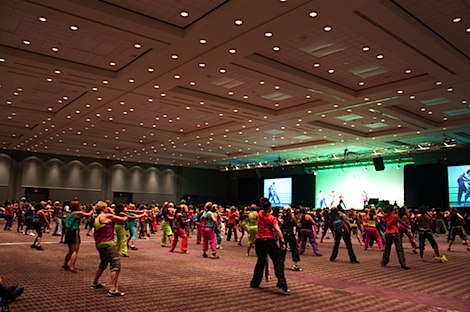 Most of the rooms were gigantic, and my crew didn’t rush to get squished into the front, so we usually hung near the backs and sides. 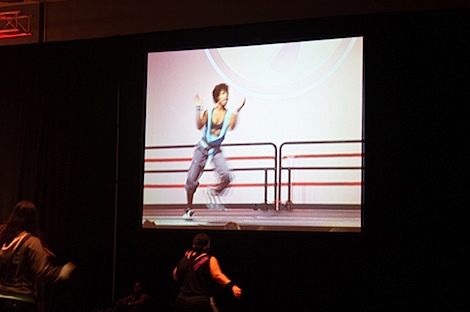 Luckily, most rooms were equipped with two giant screens playing blown up pictures of the lead instructor, which made it much easier to follow. 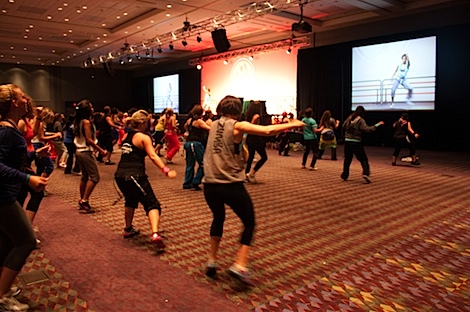 Besides learning about various styles, and trying out new steps, I also really enjoyed just experiencing the different teaching styles of all the instructors. 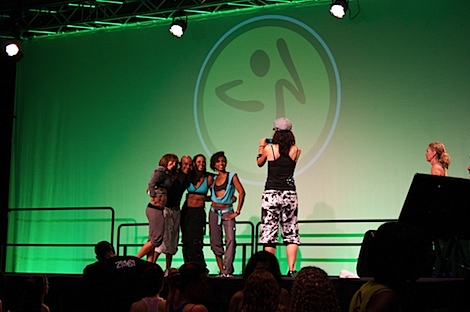 Go East Coast ZES team! They rocked it out! 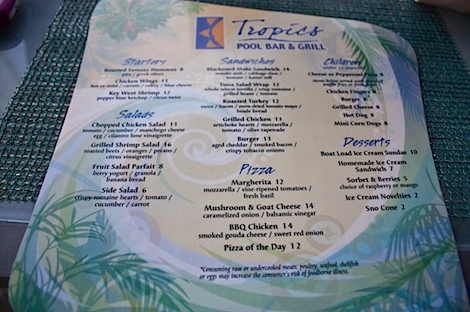 We decided to stay “in” for dinner and headed to the hotel pool for eats. 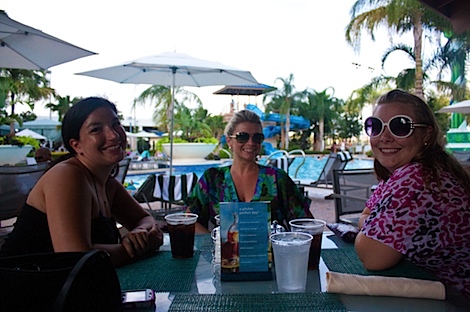 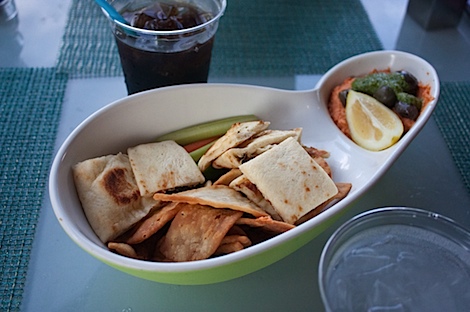 We shared some yummy hummus. 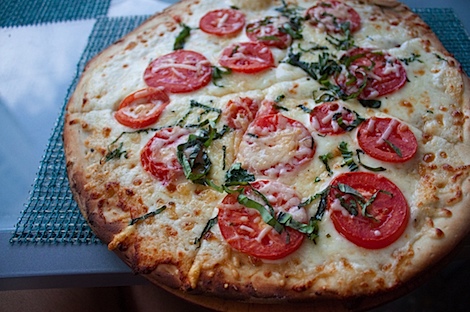 And I had a Margarita Pizza. Yum! 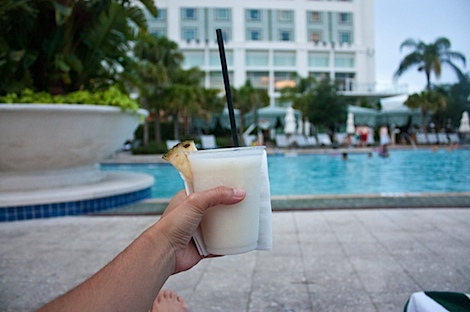 And for dessert – a pina colada.

Post dinner, we headed back to the hotel to get ready for the Glimmer and Glow party. 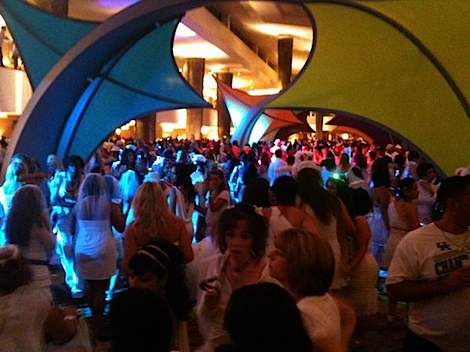 The costume theme was simple – wear white. I kept my look simple with some white shorts and a white tank top, but there were some really unique costumes. 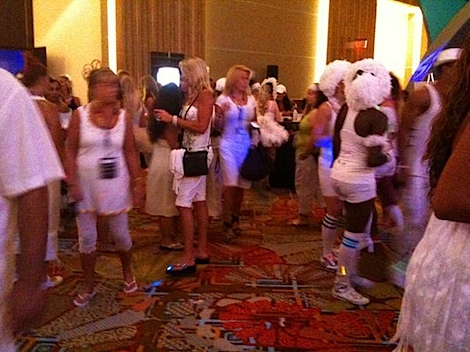 Some people really, really get into costumes, ya know? Anyone else remember the dude in the white speedo with angel wings and glitter nail polish? 😉 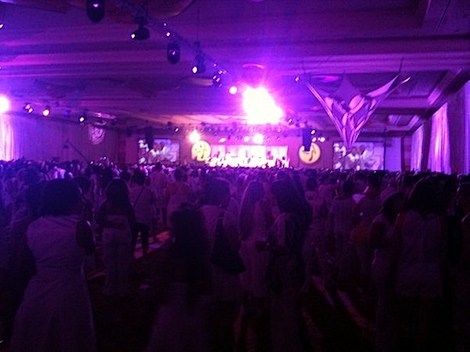 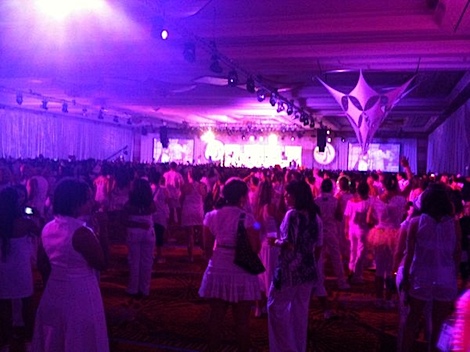 …where they had tons of black lights going to make everyone’s white outfits glow. Fuuun! 🙂 Next year I will have to plan a more interesting costume. I do love a good themed party.