The word of the day for Wednesday was “casual.” I wore a simple, but patriotic outfit for the day. On the agenda – brunch, furniture shopping (we bought a new dining room table!), and attending a big bash in Gastonia with grilled eats, pool goers, and fireworks. There were lots of people and lots of fireworks. They put on quite the show! I had fun playing with the settings on my camera trying to get the best shots of the fireworks. Since the Gastonia party was a family party at my friend’s uncle’s house, I’m not going to post photos from the party on the blog. And there were way too many people there to try to ask them all for permission (I think there were about 200?!). Instead, I’ll share outfit photos and plenty of firework pictures. 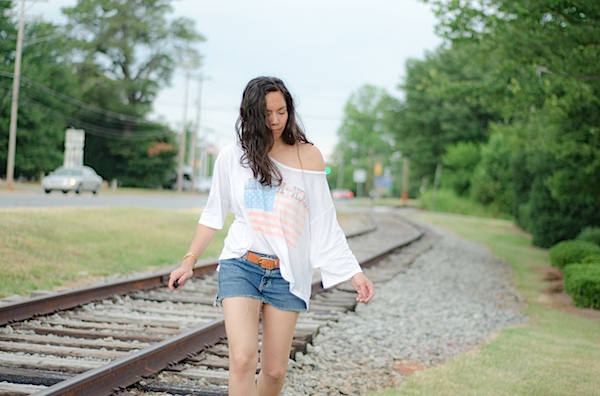 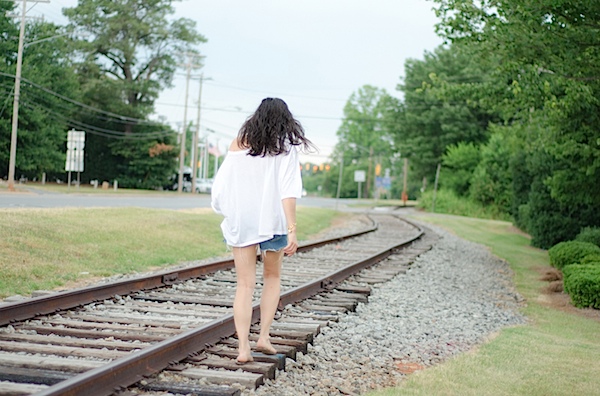 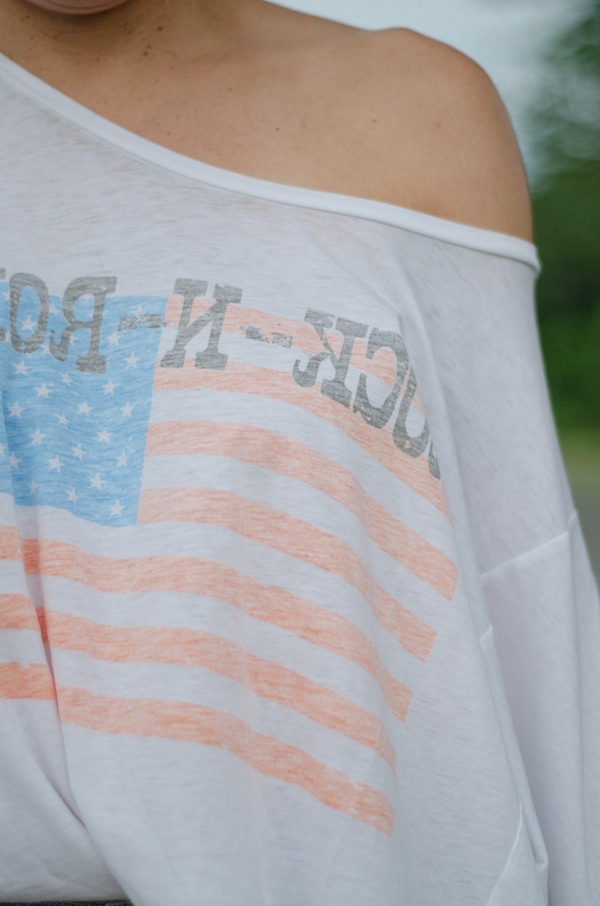 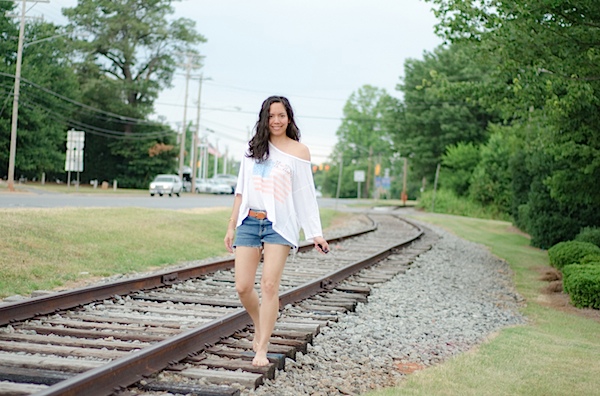 It looks like I don’t have shoes on, but I’m wearing J. Crew metallic sandals. They just have really small straps. 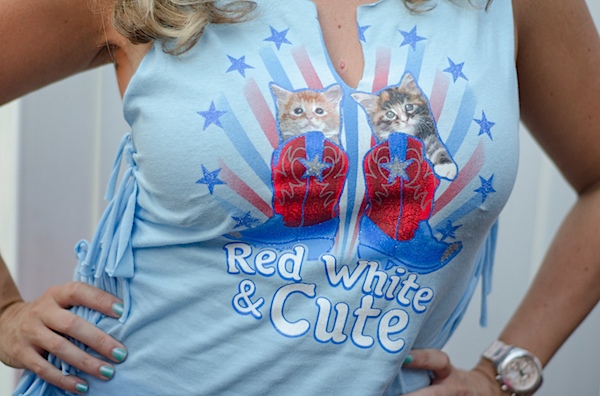 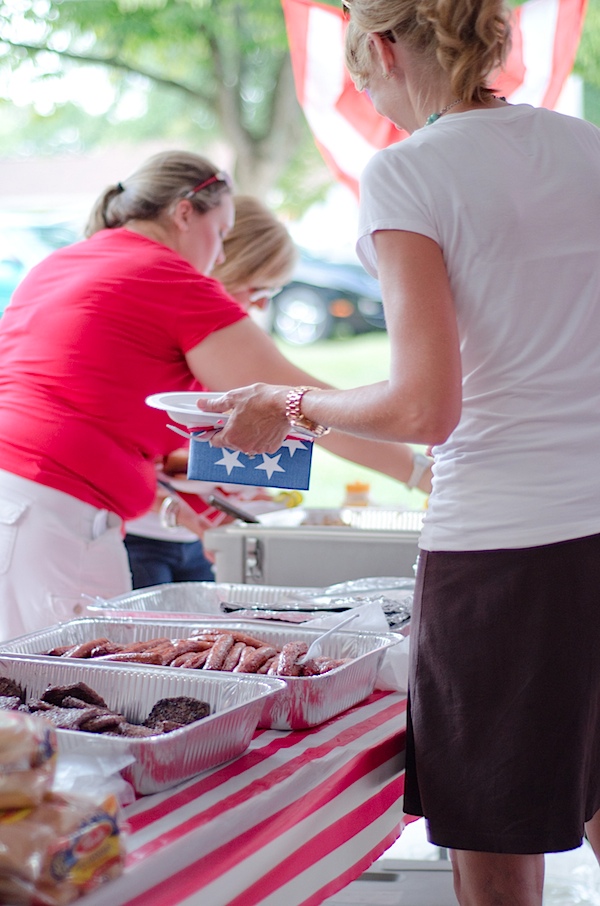 {Okay, I found one photo where there aren’t really faces showing, so I think this one is okay to share} 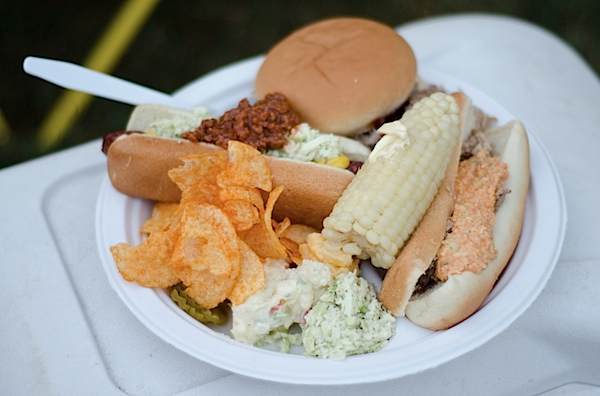 They had all kinds of food at the party. I got some BBQ pork, a hot dog (with chili and slaw, of course), potato salad (my friend’s parents made it!), extra cole slaw, pickles, and corn. Plus, my friend Erica made me try the orange slaw, which is apparently a Gastonia-only cole slaw from a local restaurant. It was good, but the slaw Erica’s parents make is better! 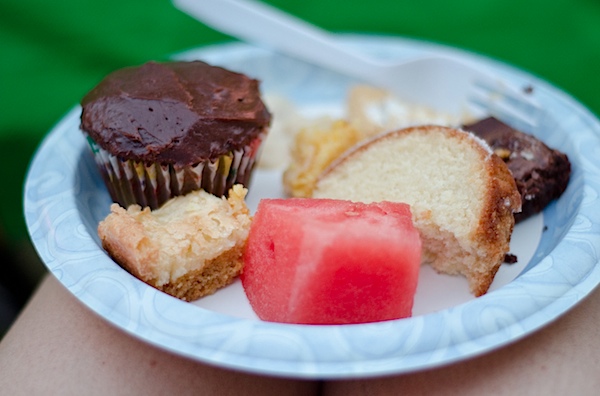 I sampled a little bit of everything from the dessert table. The homemade pound cake was a stand out, but my favorite was…well…I have no idea what it was. It looked sort of like a bar, but it could have been something else. All I know is that it was creamy, sweet, and delicious, and I’ll probably never know what it actually was.

And here are the fireworks photos: 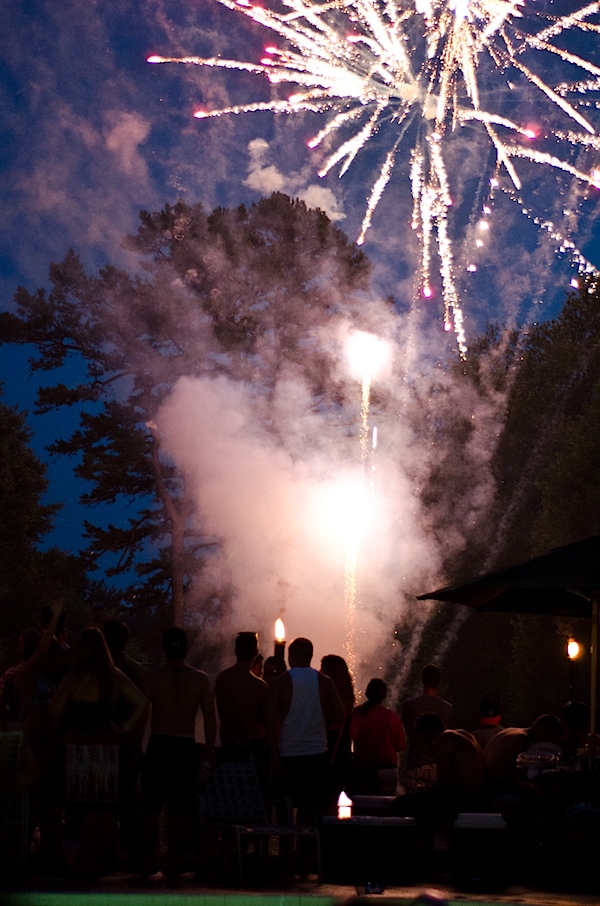 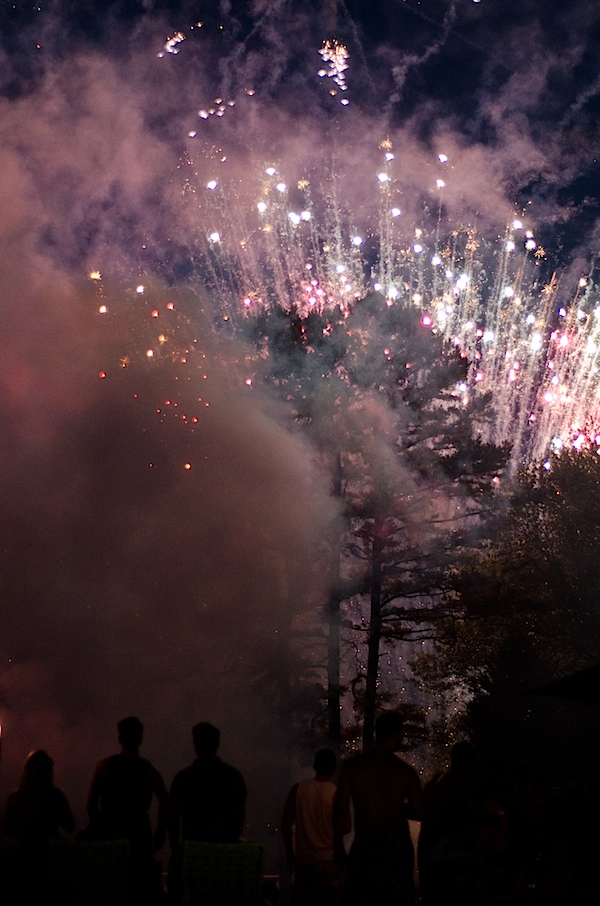 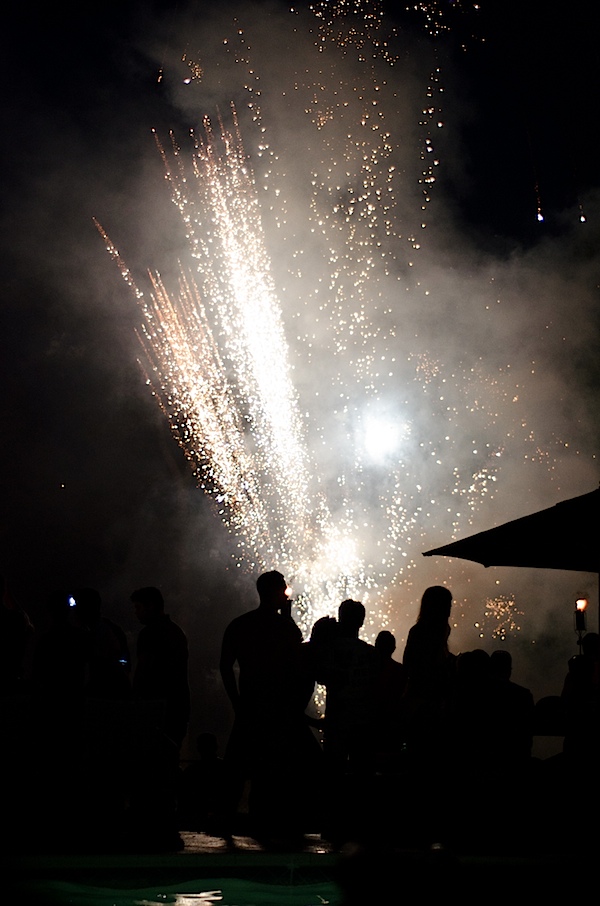 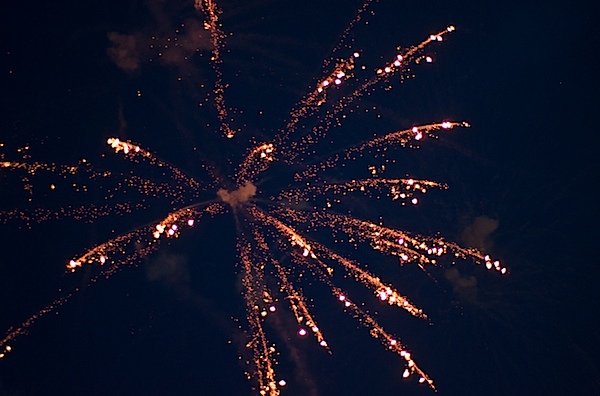 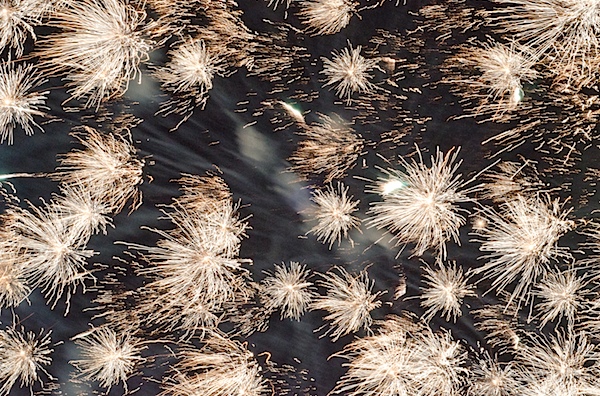 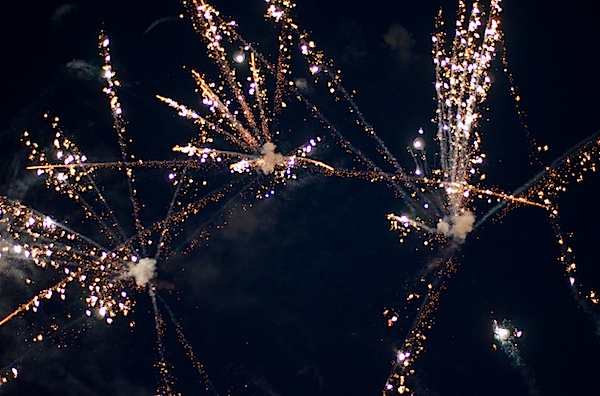 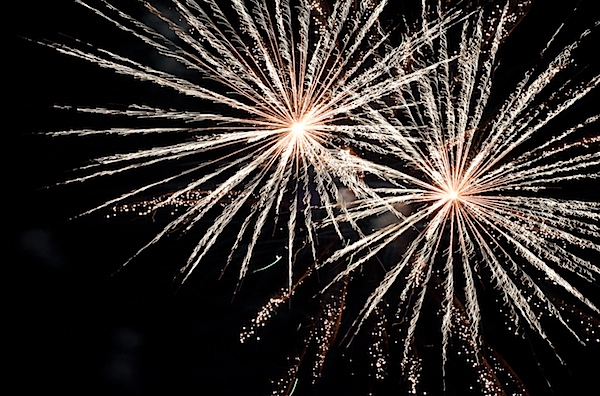 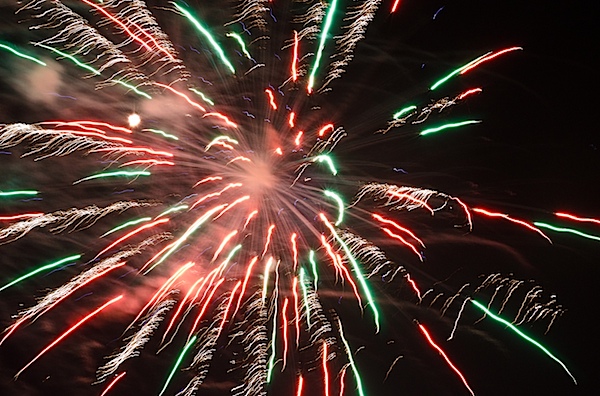 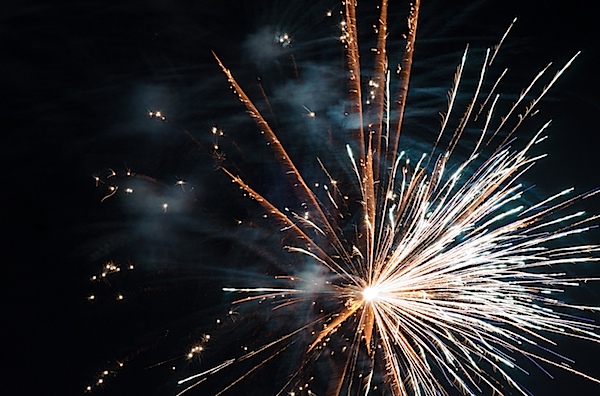 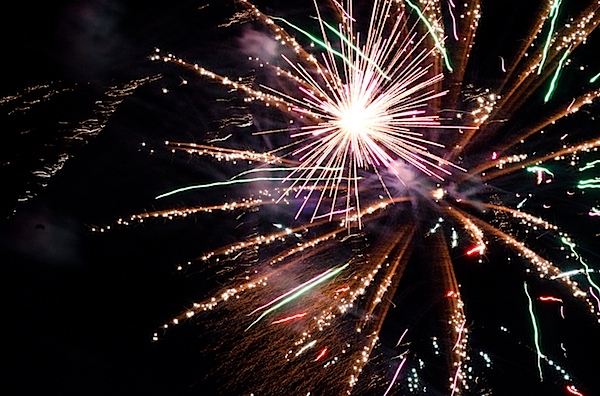 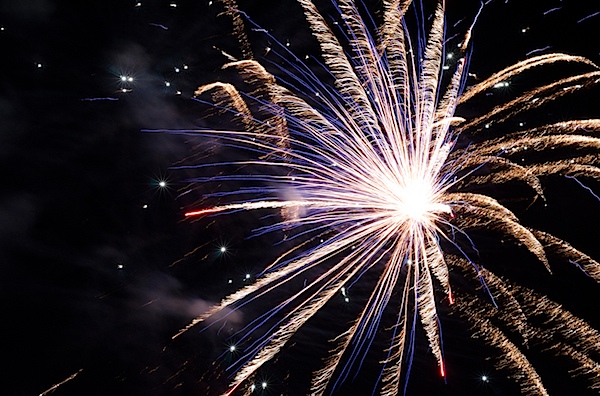 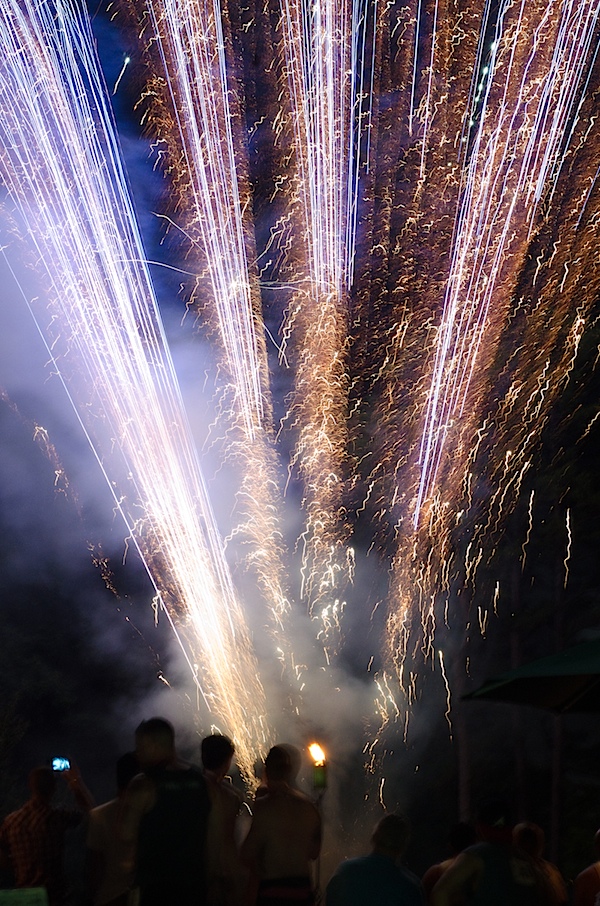 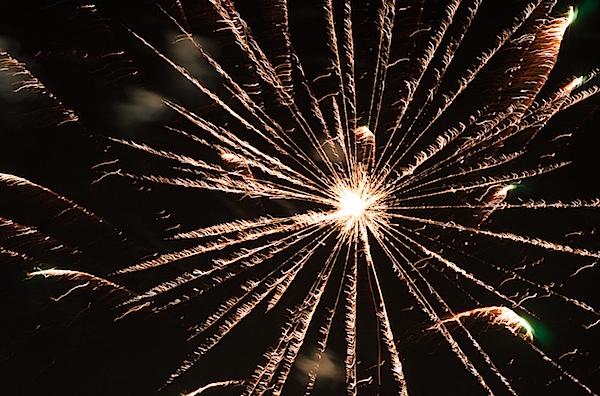 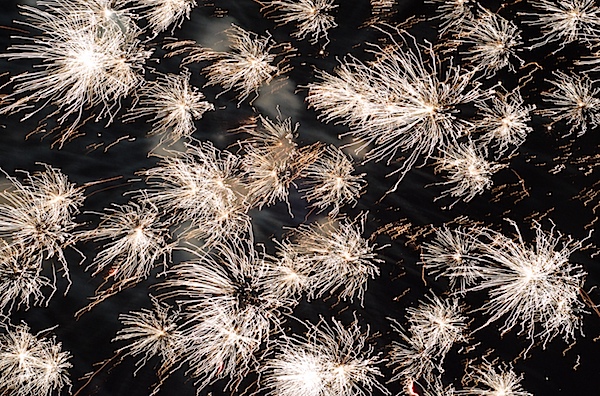 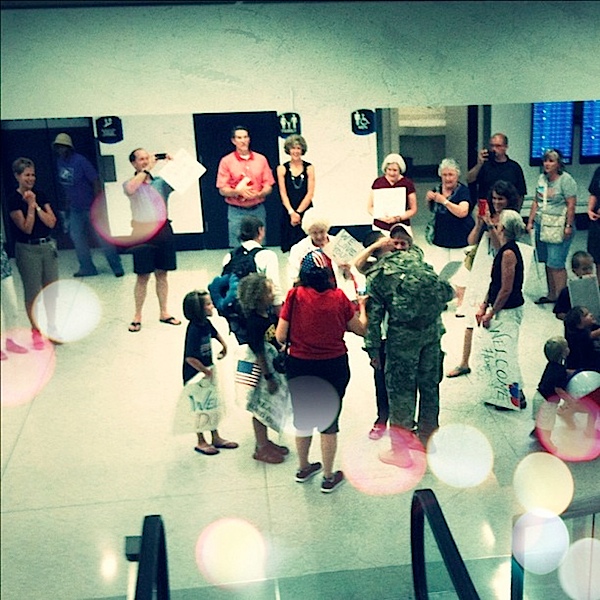 And I shared this photo on Instagram, but I just have to share it one more time. This is what I saw as I headed towards baggage claim on my way home from Pittsburgh. It looks like this soldier came home to a hero’s welcome just in time to celebrate the Fourth with his family and friends. It was a beautiful scene.

Did you celebrate the Fourth? What did you do?